Many of you know Thai Tran. He is a fisherman extraordinaire. From bass to snakeheads to stripers on the Potomac in the spring, he would figure them all out and conquer them. Then he moved to Florida and did the same down there but he expanded to salt and goes after snook, tarpon and whatever other monsters that roams the beaches and bridges down there.

I have often told him that he has gills on his neck. Heck, I saw him get in a 500 gallon aquarium and swim with exotic fish. He is one of them.

One of the things he does is chase Silver Kings on the beach in Florida...I just got this pic from him. 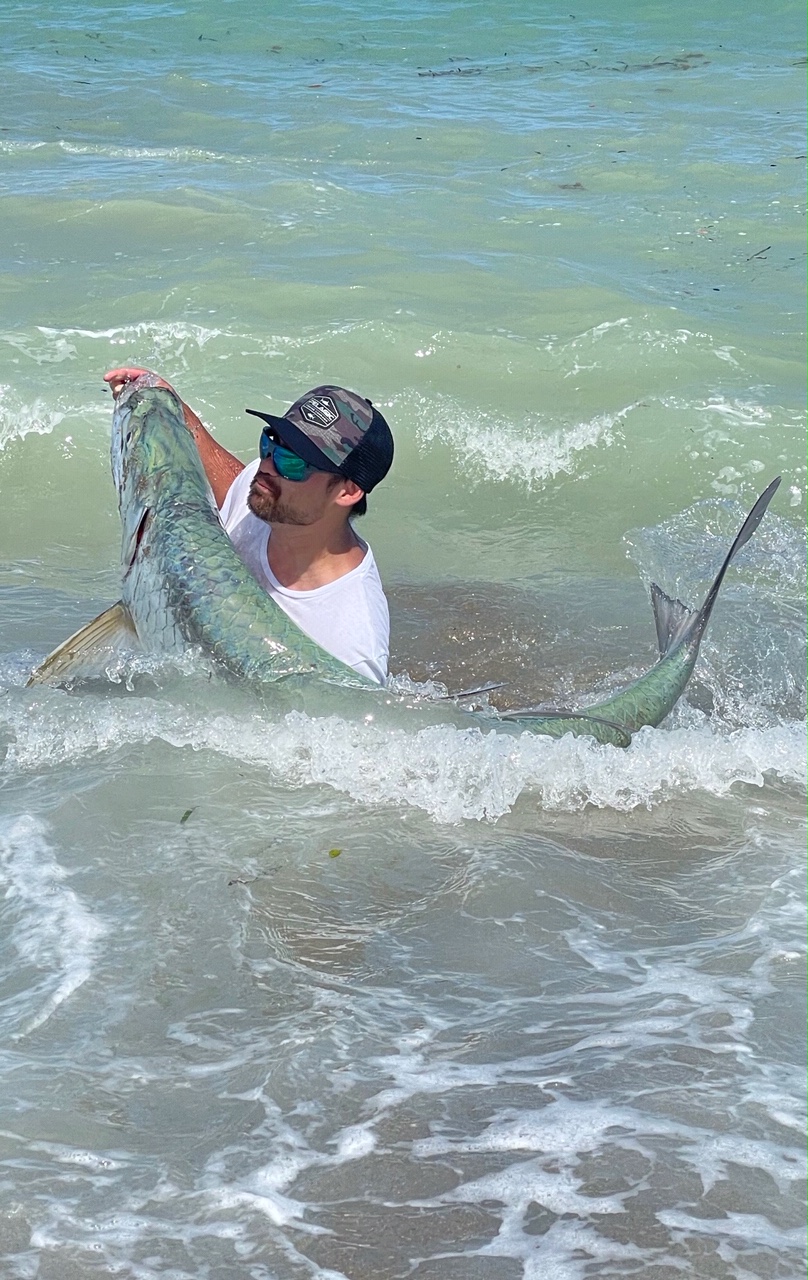 That is bad ass!!  Fantastic picture!

Thanks Ernie! Im just a minnow trying to make it in this big pond!