Decided to hit a short stretch in my square stern canoe.  Got on the water about 9am and was fishing by 9:20am.  Started near some riffles and worked ledges and holes with a tube and weedless ned.  Nada.  The wind was blowing out of the North and was chilly.  As the Shenandoah flows North, it made me stand still or move from side to side.  A few birds (Cormorants, Eagle, Herons and crows).  Squirrels were mating.

I cast more in the middle as I was near ledges and got a bite on the ned.  It turned out to be a Fallfash, but at least I got the skunk out. 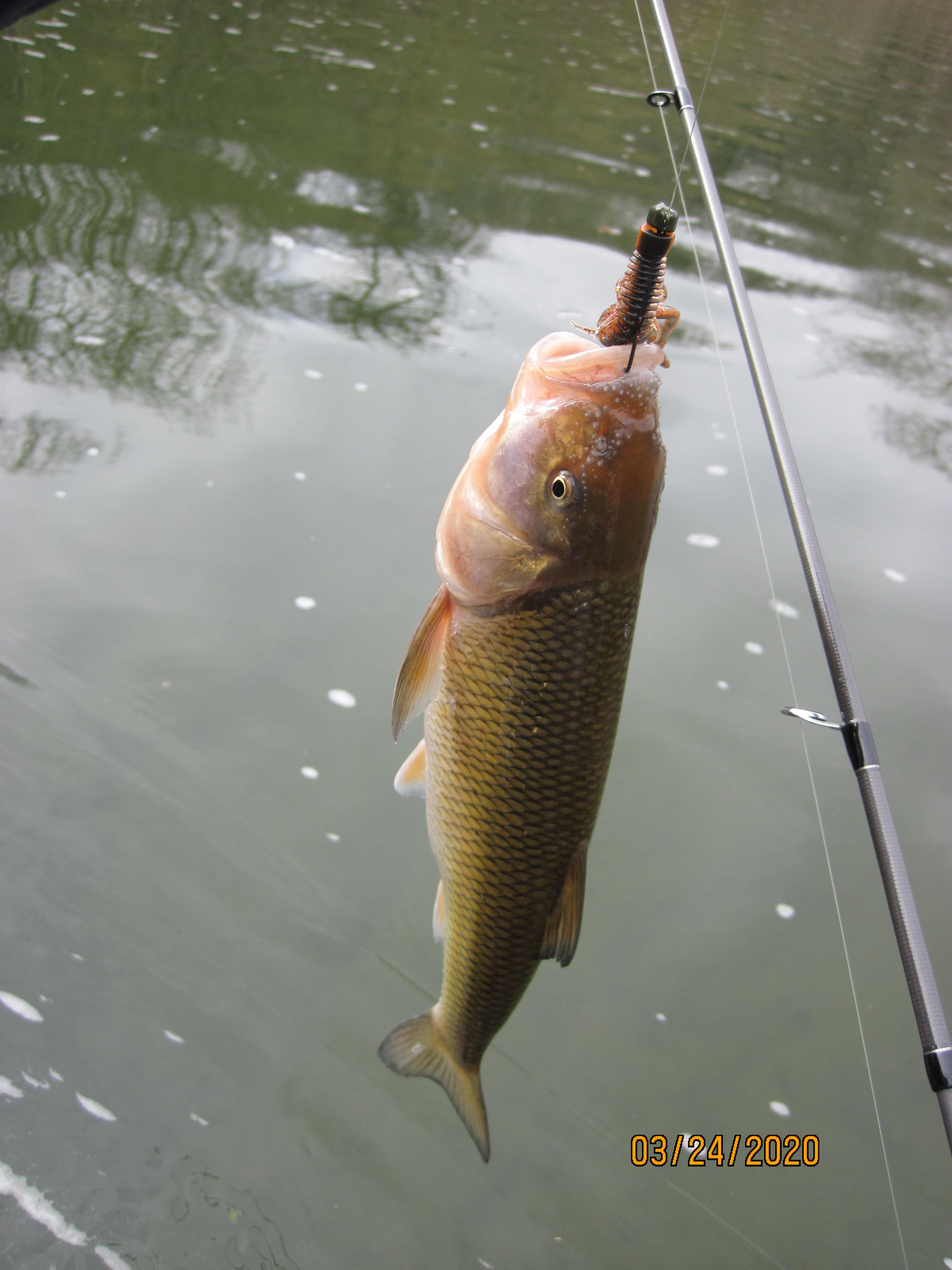 I woke up with a headache and it was still bothering me.  I ate my sandwich and still felt bad (acidy stomach too).  The water was clear and you could see at least 4 feet down.  I saw 1 smallie as I was crossing a ledge.  Saw a few catfish and fallfish near a blowdown.  I threw a tube, swimbait and ned mostly.  Tried a few casts with chatterbaits, but conditions were not right.

I ended up not catching anything else and called it quits around 2pm.  1 fish in my last 5 trips.  I have lost my mojo...for now.

Go make some Cuban pork with mojo...you will thank me later!