Bob and I met up at 7:30a to fish out of Gravelly Point. The ride in was easy as most folks had the holiday off. 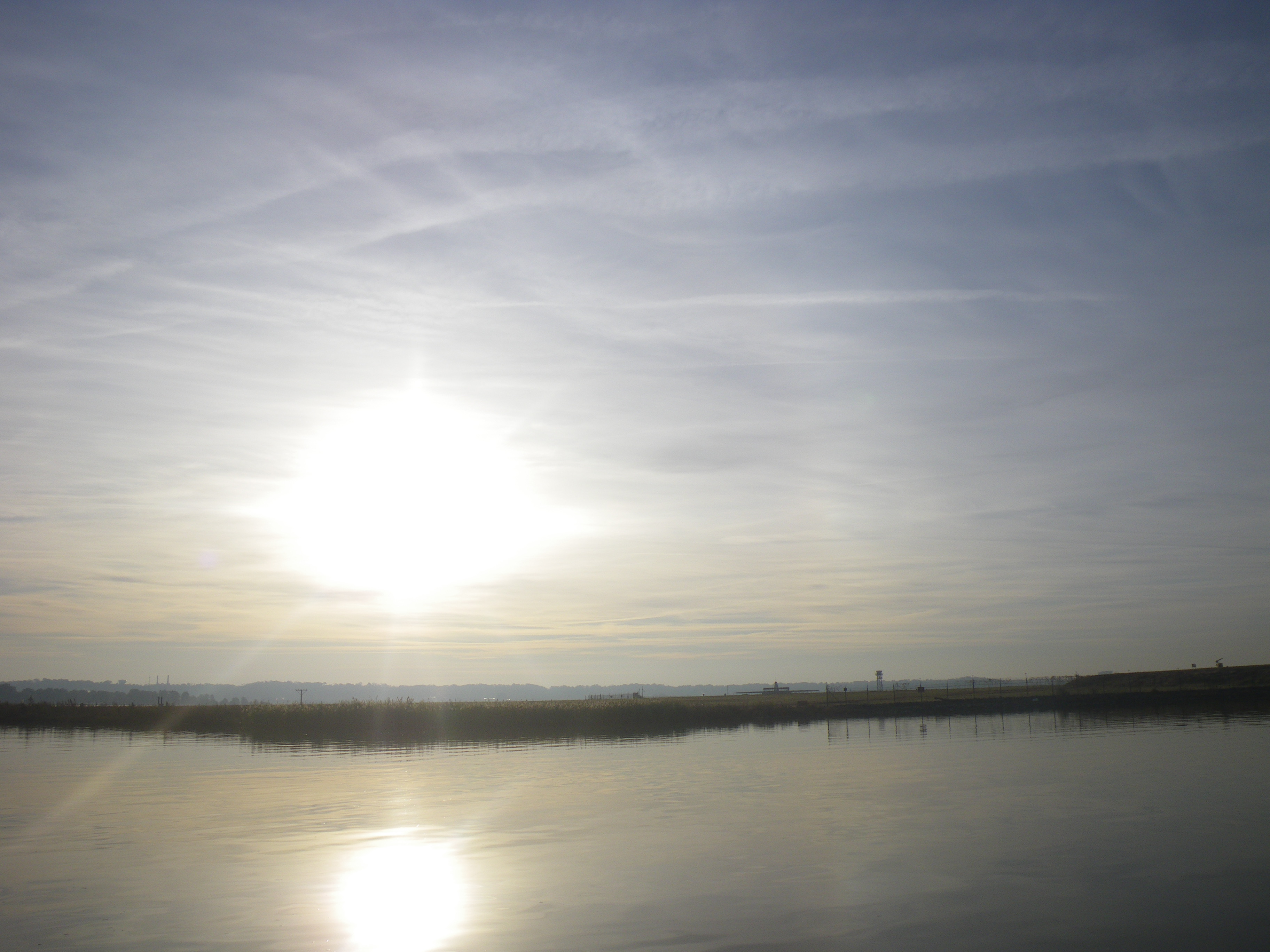 We immediately headed over to the 1st point and on the 3rd cast, Bob hooked up to a nice fatty... 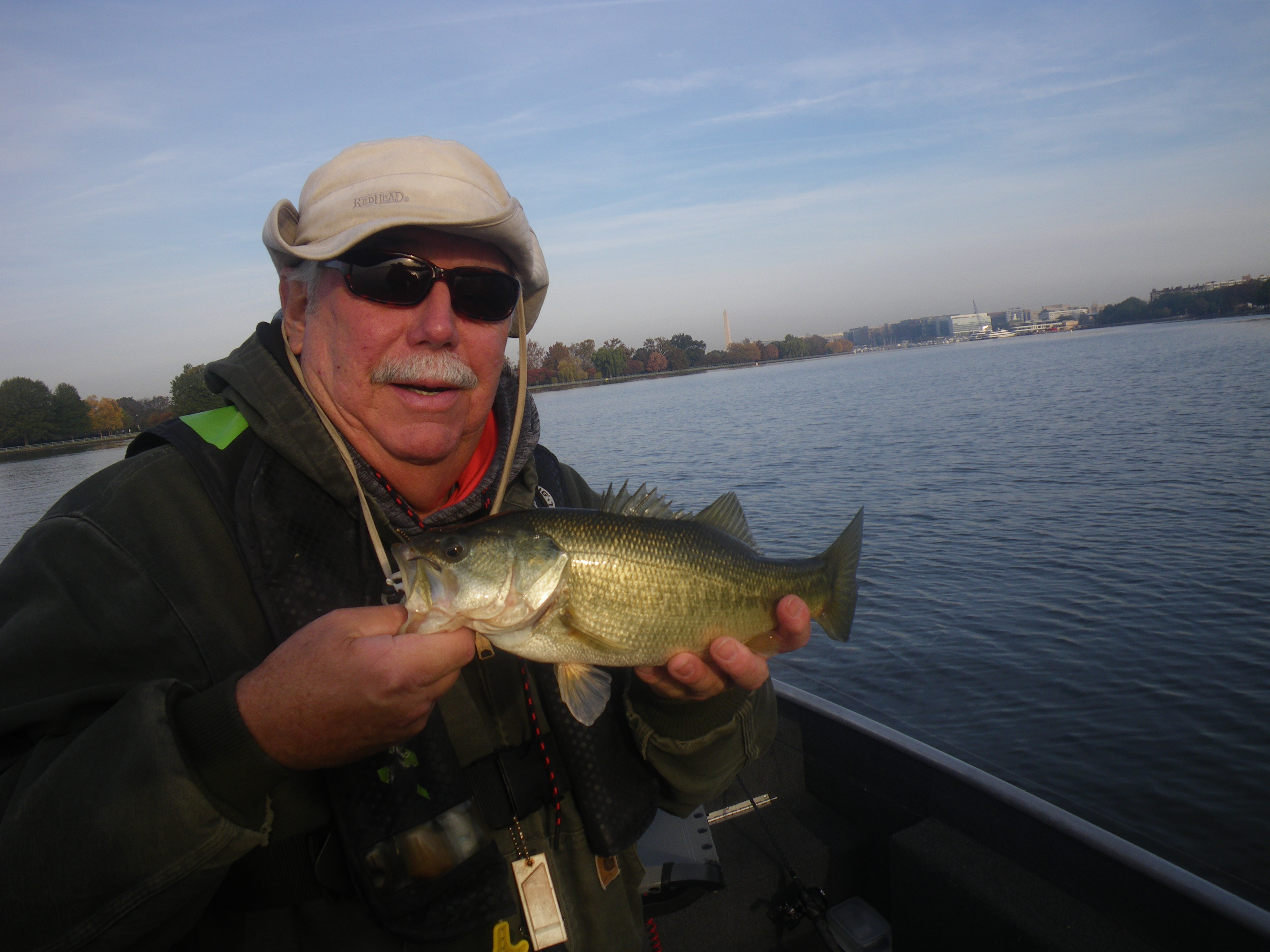 Hmmm...signs of things to come?

It's amazing how much the area has changed! 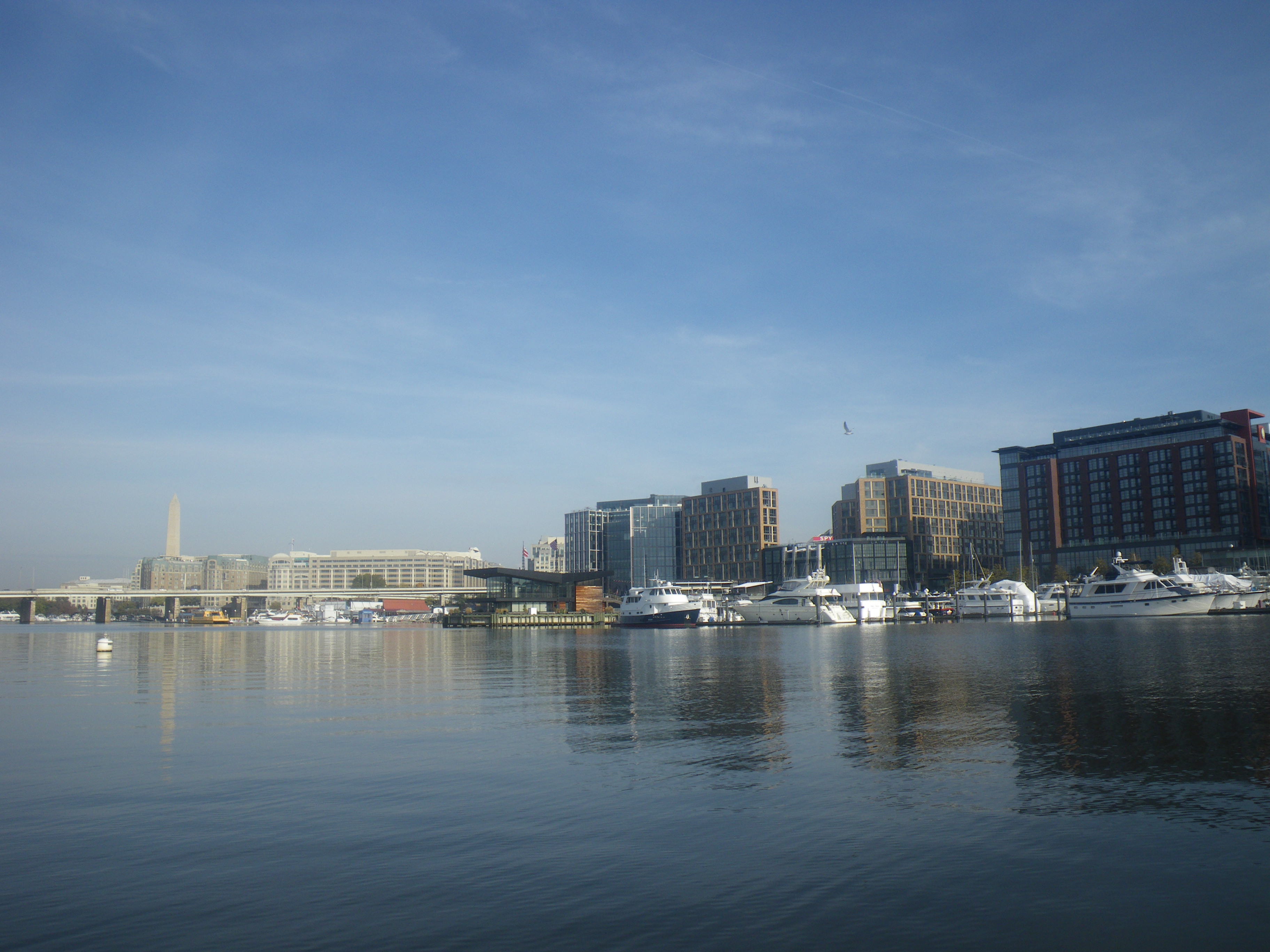 Anyone know what this is? 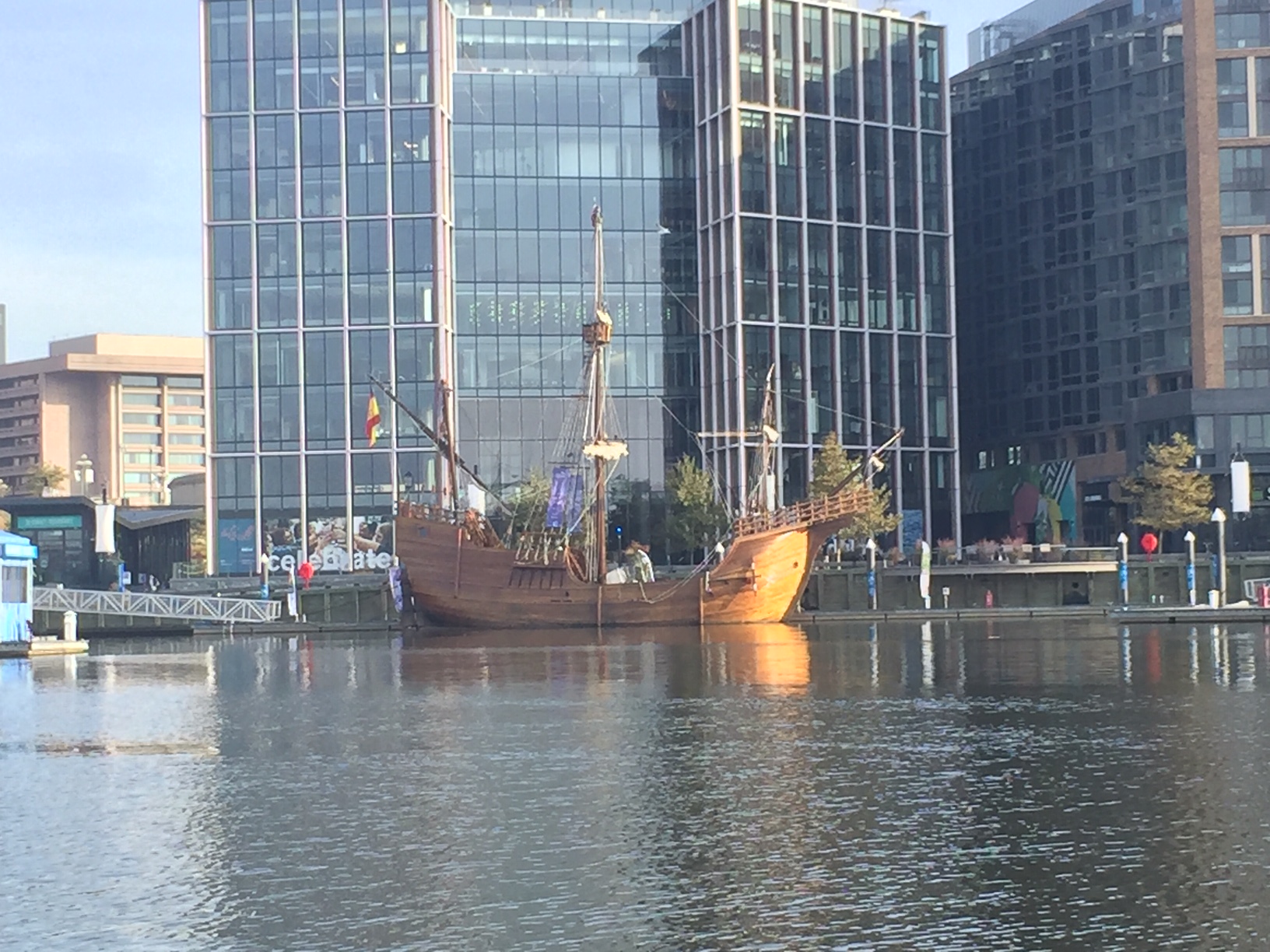 We then decided too fish the poop plant since the wind was favorable. There were 2 other boats there but we each stayed out of each others way. Water temps wer in the low 60's and hit 65 once.

I decided to eat lunch since we got no bites...until 1ish. 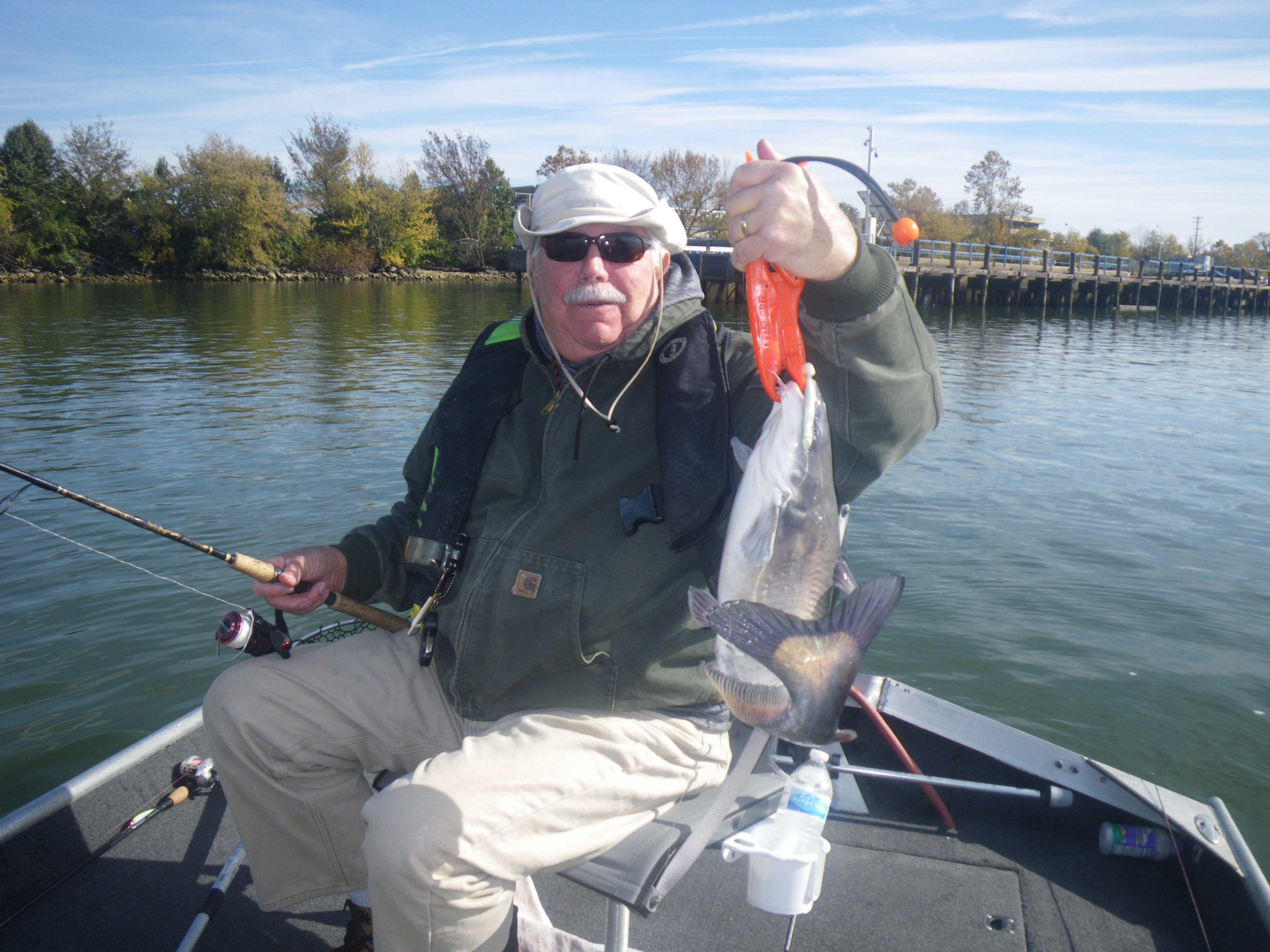 Then, I got hit and declared, "big fish...huge striper (not really)"! Bob then says, "I am hooked up"!.  So now what do we do? Bob's fish was smaller so he netted it and then I landed mine with the plastic boga. 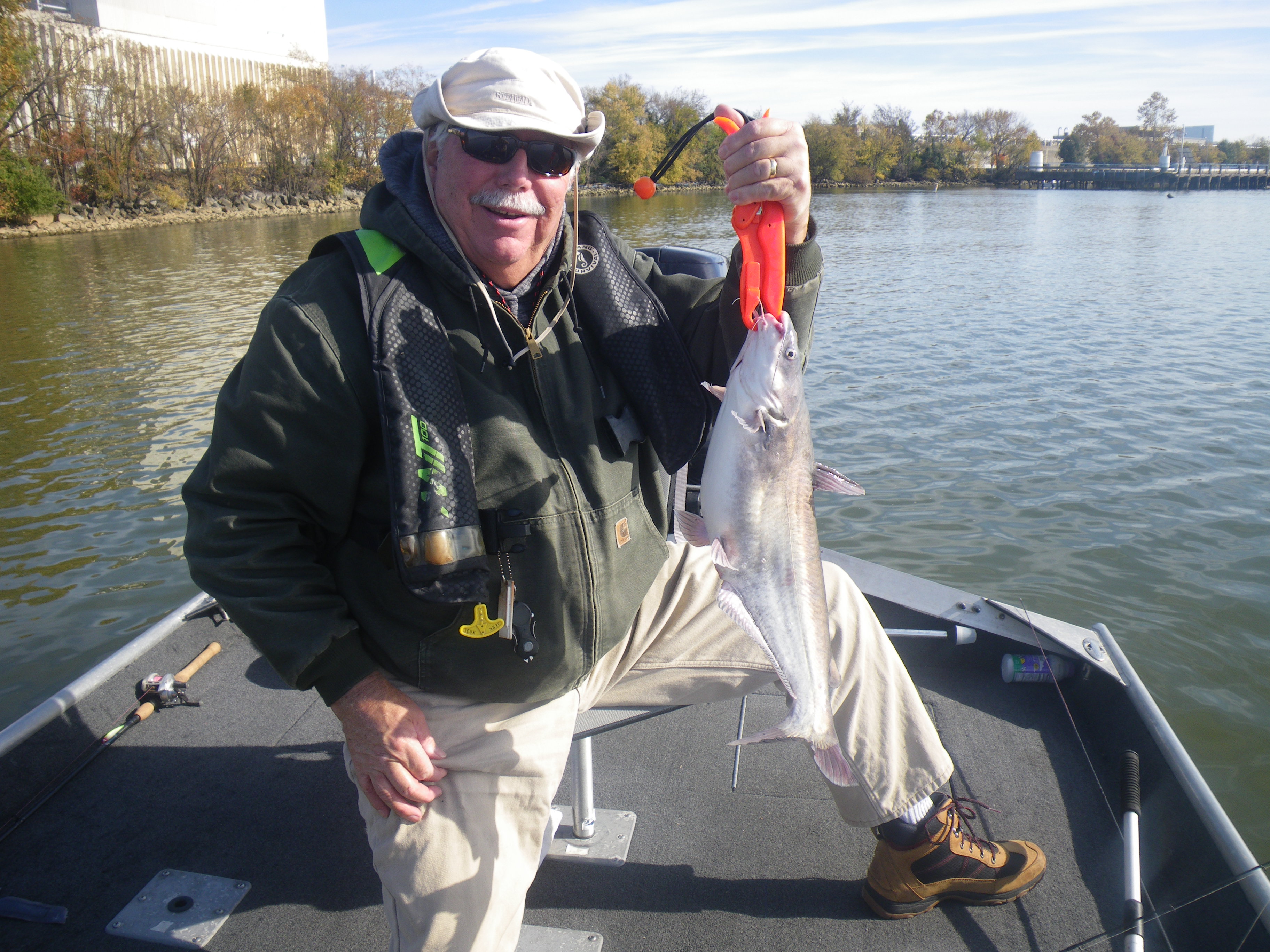 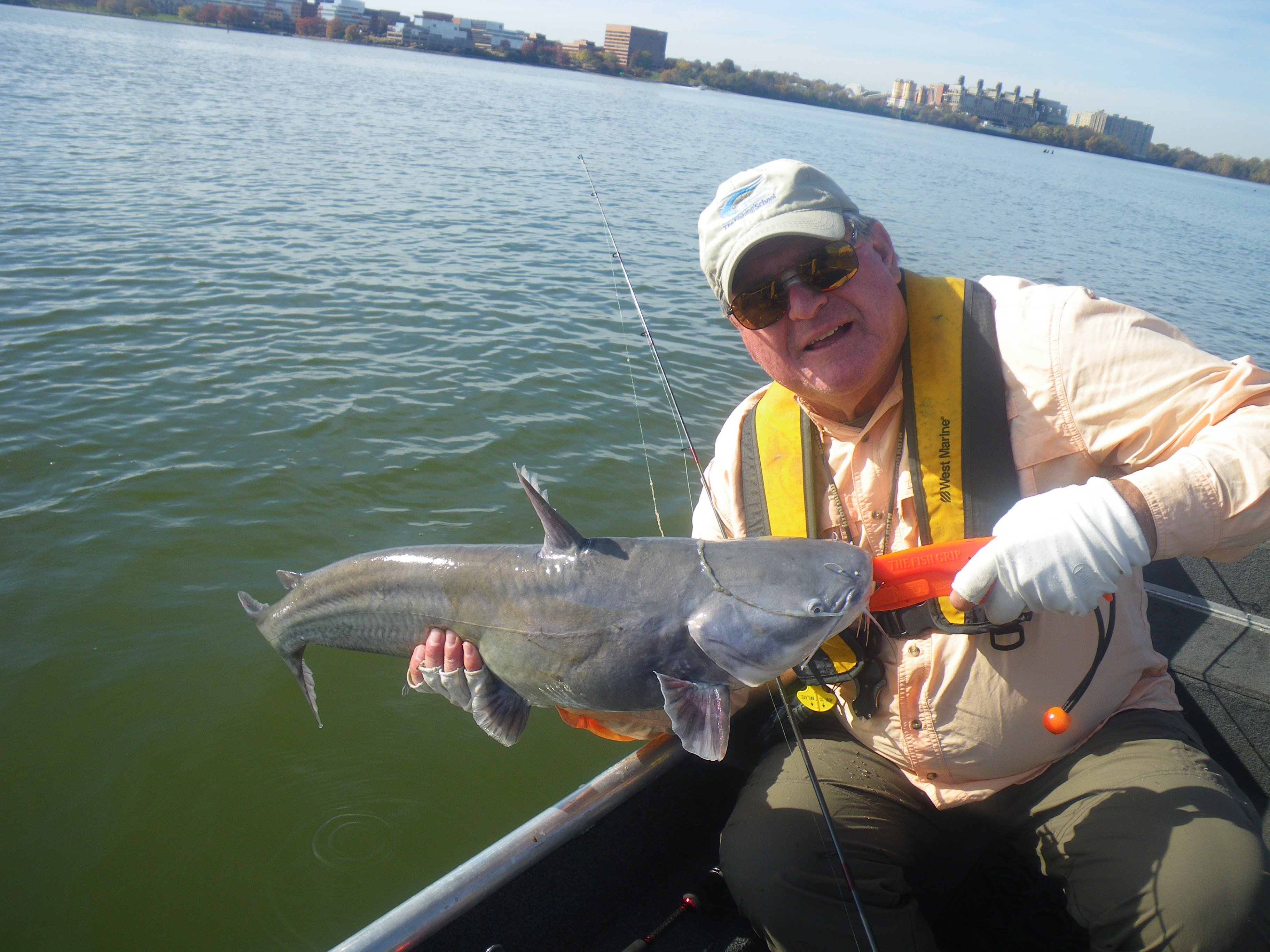 We fished a little more and when I was not paying attention, another kitty grabbed my lure. Then..it got interesting!

This pic is right before all hell broke loose. Good capture by Bob. 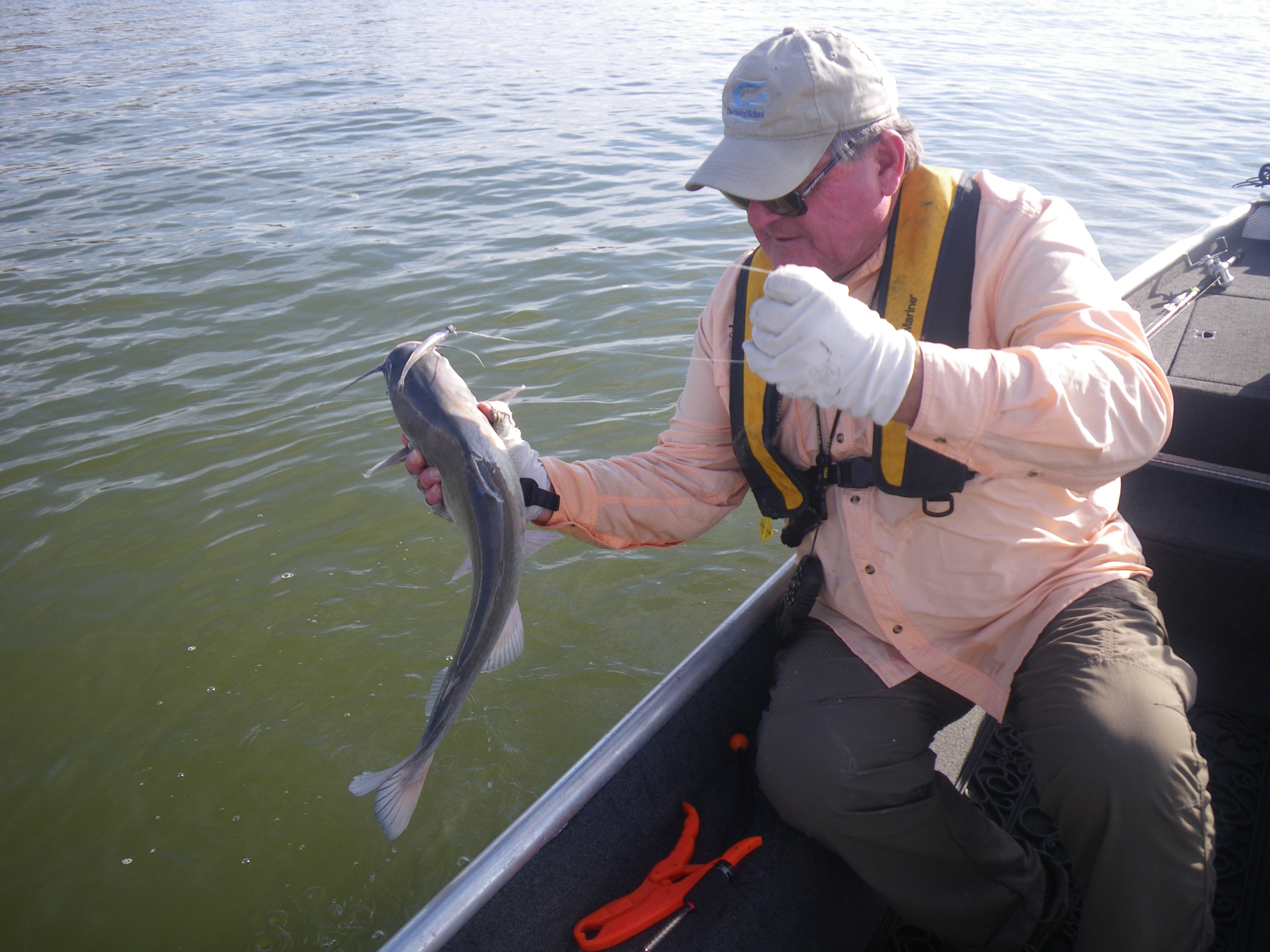 As soon as I went to stabilize the fish, it lurched and I got the dorsal fin in my hand (palm). The initial puncture hurt but I was able to release the fish. Then...came the pain. Both burning and throbbing! Yikes!

Anyway, we got the med kit out and put some antibiotic cream on it. Then we put a sterile bandage and taped it. At that point, it was still hurting so we decided to call it. It was 1:30p already anyway.

BTW, no pic of the last fish even though Bob had it captured. I was a little ticked at it!

On the way back, I kept my hand up in the air and most of the pain went away. 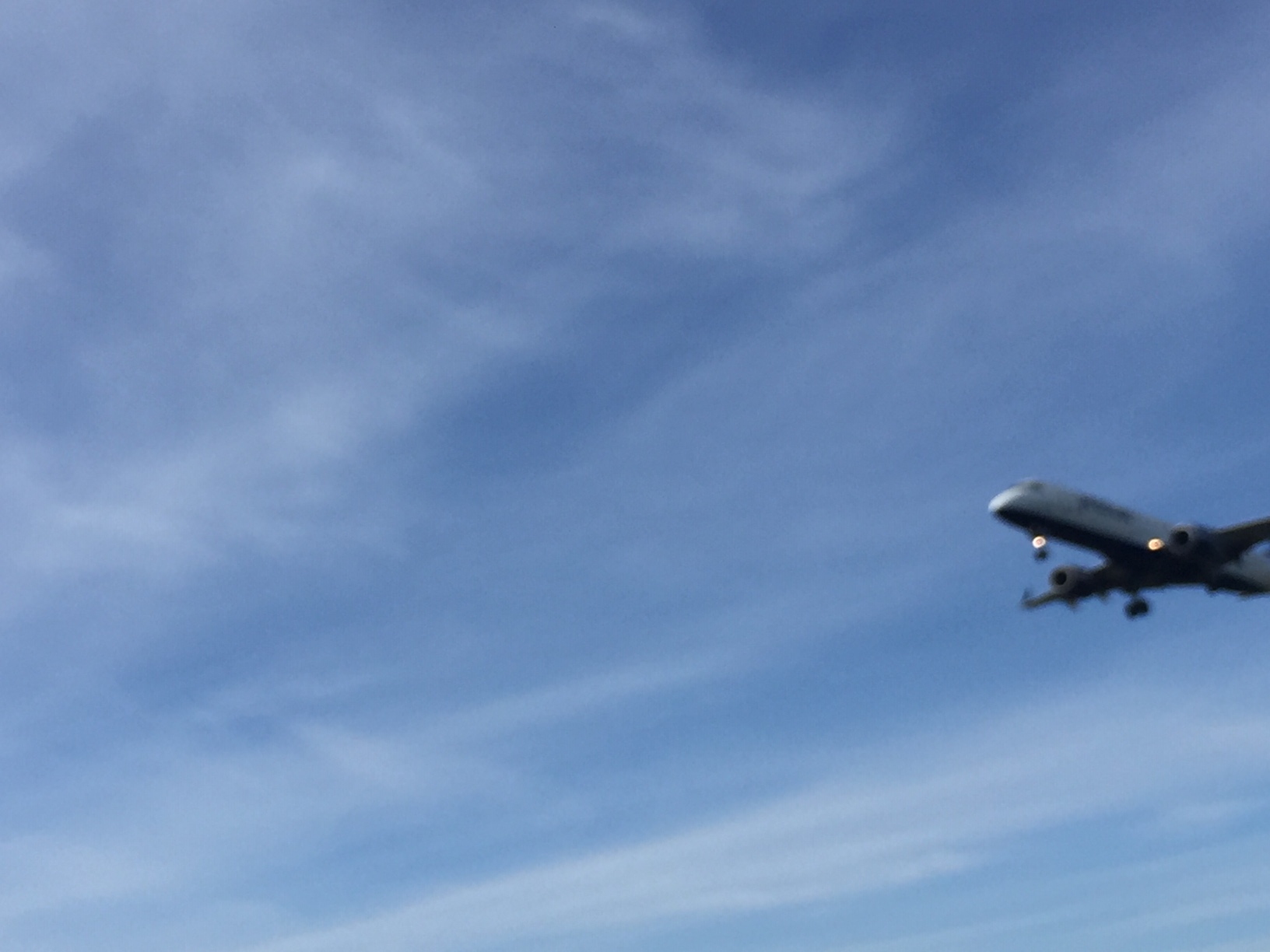 I did decide to go to Urgent Care to have them clean and flush the puncture (it tickled a little). They prescribed and ointment and 10 days of anti antibiotics. I am glad I went because I have read some bad stories about folks that don't get these types of fin punctures treated.

No pain...and  now, on to Mission BBQ to get a free brisket sammie!

Edit: we had a near full (98%) moon and what little wind we had contained some "E" in it. I just love east winds on a full moon!

Nice kitties!  Glad you got the puncture treated.  Those can get nasty.

Sounds like an adventure. Thanks for your service, E!

What? No stripers in the WC?  And what happened to the "Gloves of Death"?

What? No stripers in the WC?

Bob and I were surprised and disappointed. Not a sniff from a schoolie even...

And what happened to the "Gloves of Death"?

Tell me about it! They were in the front left hatch, very accessible. But...I paid the price!

This is an copy of an article from an old paper no longer in print:
CATFISH slime, a gel-like substance secreted by the fish, has remarkable properties that help heal wounds, a team of American and Kuwaiti scientists has discovered.

The scientists made their discovery while studying marine life in the Arabian Gulf. Richard S. Criddle, a professor of biochemistry and biophysics at the University of California at Davis, said that when a local Gulf species of catfish is caught, it secretes a slime over its entire body.

Dr. Criddle said that his colleague, Jassim al-Hassan, a professor of biochemistry at Kuwait University, saw Arab fishermen rub the slime on cuts and scratches several years ago. It was around as folk medicine for a long time, Dr. Criddle said, ''and has only been rediscovered by us.''

American catfish, including freshwater species, and many other fish also secrete a similarly beneficial slime, but they tend to secrete it beneath their outer skin, Dr. Criddle said. The Arabian saltwater catfish, Arius bilineatis, which grows up to three feet long, is different in that it secretes the slime on its outer surface, making it more accessible and easier to isolate, he said. 60 Healing Agents A detailed analysis of the slime has turned up about 60 different proteins that are fundamental agents of wound healing in humans and other animals. One activates prostaglandins, substances that help initiate inflammation and pain responses to wounds. Others block bacterial growth.

The slime also contains a high concentration of the molecules that coagulate blood, forming clots that stop bleeding, and enzymes that accelerate cell division and the formation of new tissue.

The various substances in the slime trigger all sorts of chemical reactions under the skin, Dr. Criddle said, ''bringing in white blood cells to break up broken tissue and clean it out, bringing in cells that start making repair products and then shutting the whole process down when the wound is healed.''

The catfish probably developed the ability to heal rapidly, Dr. Criddle said, because a wounded fish bleeding in the ocean is likely to attract predators. The slime would also keep sores from contact with dirty water.

Catfish slime may eventually be used to accelerate wound-healing in patients who do not heal well, such as diabetics and older people, and for burn victims, Dr. Criddle said.


Also was studied by Stanford in the last several years.

Hmmmm...now you tell me. I flicked off all of the catfish boogers as taught to me by a local fishing guide. I wonder if I should have rubbed the slime where the puncture was???

Anyway, after doing more research, the consensus was, "go see a doc, get it flushed and get on antibiotics"!

I think the puncture wound was addressed correctly. However scrapes and slight cuts, I have rubbed catfish slime on and at the end of the day scrubbed with Dawn Anti-bacterial soap, have healed much quicker than with out the slime. A run on sentence but you get my drift.

The Stanford University Study was with blue cats. It showed the slime has a healing component that cut recovery time in half. However this was just minor cuts and abrasions and putting slime in a deep open wound would not help just hurt like hell. That throbbing pain is bad.

Had a thru punch from a cat in 1974 in my right hand and it took about a month to stop the throbbing pain. I now mouse left handed.

The flushing they did with the purple antibiotic liquid along with the antibiotics did the trick. I have no swelling and no pain.