The forecast today called for wind but Jimmy came up from Hendersonville NC and Kevin from Finksberg MD so we had to go.

Our 1st stop was at the Chaptico Deli for their famous sausage, egg and cheese sammies. They did not disappoint. I also got a small tub of their even more famous bread pudding. I had a few bites and Kevin devoured the rest!

We put in at Chaptico Wharf without incident and went to our 1st spot where we got 12 nice perchies. Wicomico River perch are not very big but we caught many in the 8-9" range. Nice tussle on the UL rods.

We each got our skunks off. 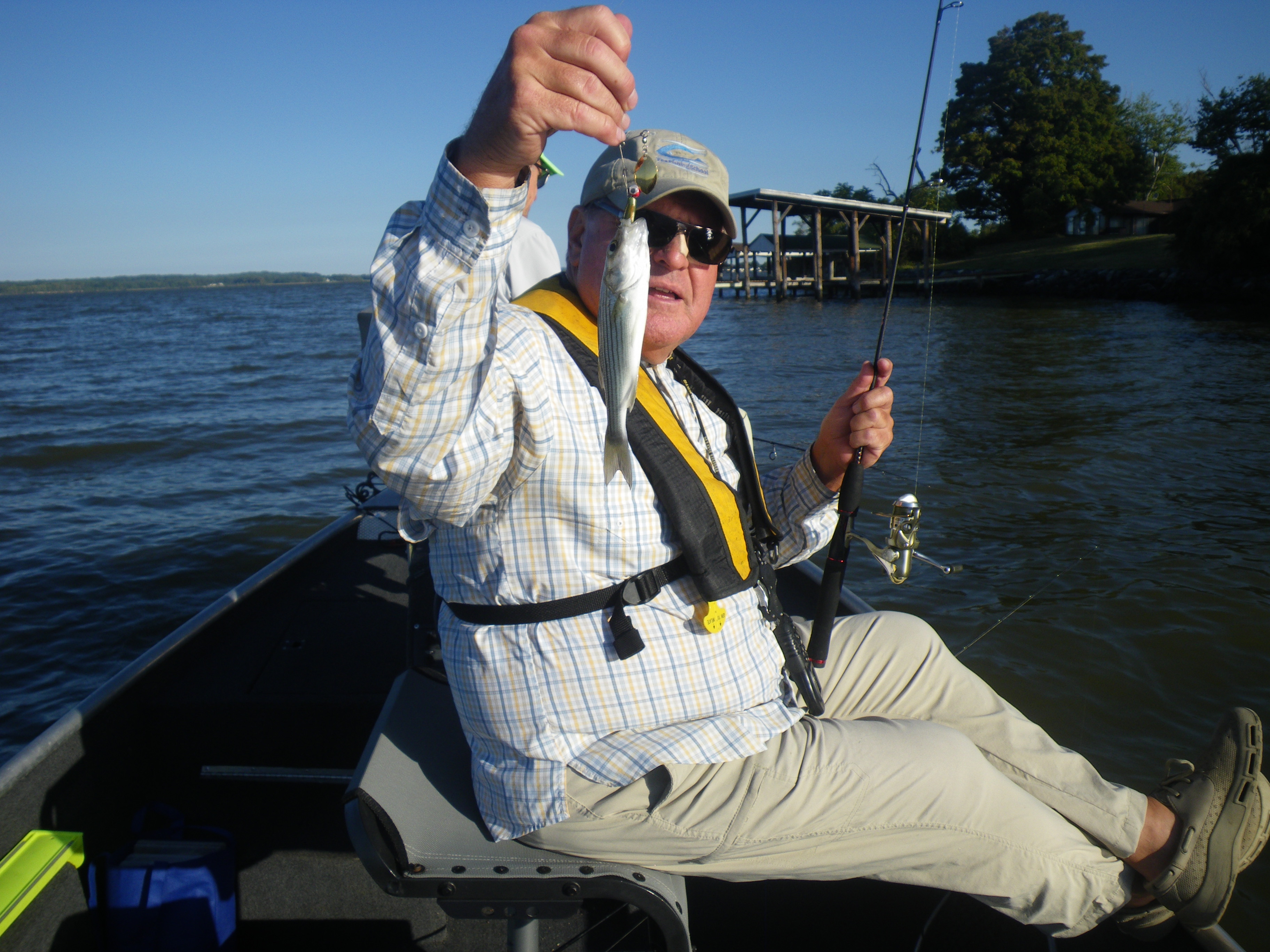 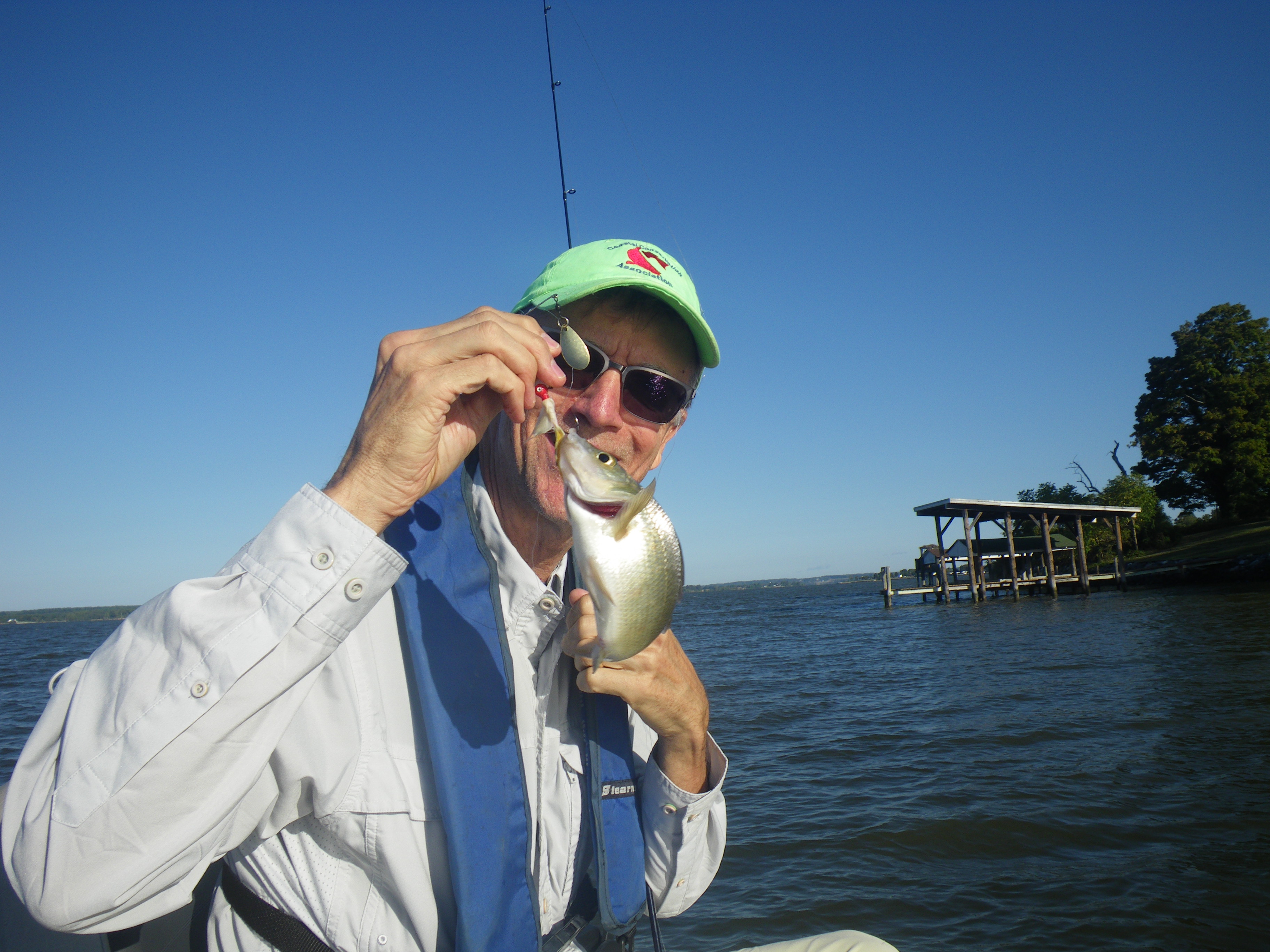 The wind was crating some wavage but it was manageable.

Our next spot produce very few fished so we continued to move down river (with the wind) and fished one of my favorite points, just at the moth of Mrs. Wolf's Cove. We all caught fish but Kevin got really hot as he made soe great cats. At one point, he caught 4 in a row.

We had several double and a triple at one point.

Jimmy got a lure stuck in the tree where the perch were hanging at so we disturbed them as we retrieved it. It was also getting windier and the waves were staring to white cap so we went in to the cove.

We caught a few there and I said, "OK, time for a move". I started the engine and could not get it in to forward. Hmmmm???

I called Jay Downing at D & S Marine and he suspected a bent or frozen throttle cable linkage so he gave me a workaround so we could get back.

I could only put the boat in neutral which means forward and there is no real neutral on a jet. By using the throttle lever, we were able to limp back (2 miles) at 5-6mph. Apparently, when retrieving Jimmy's lure, we banged against a log and as Jay said, it hit in the perfect place to bend the linkage.

Once we got to the ramp, getting the boat back on the trailer was a bit trying but with good teamwork, we managed.

It was noon and we were done so we dropped the boat off at D & S and got a nice Italian lunch at Napolis in Waldorf.

Kevin caught the most today and he was elated as he rarely get out fishing!

Is this the D&S you use?

I might need some new bunks and trolling motor.

Nice report! I think I'd be worried if I went fishing and didn't have any boat issues.

Is this the D&S you use?

I might need some new bunks and trolling motor.

Yes, Billy works the front and is great. Jay is the owner. Tell them I sent you if you go...

Looks like fun!  Sorry to hear about the boat issue.  Always something...