John and I met up at the ramp at 8a and it was packed to the gills! What?

As we drove to pay, there was a Hindu religious celebration going on but as wee got closer, a couple of fellas came over to assist us launch the boat. They were nice folks celebrating the sun. Even gave us some tasty Indian biscuits!

They had positioned off a couple of the boat spaces and as I got ready, 2-3 of them helped direct traffic and made sure we launched without any delay. 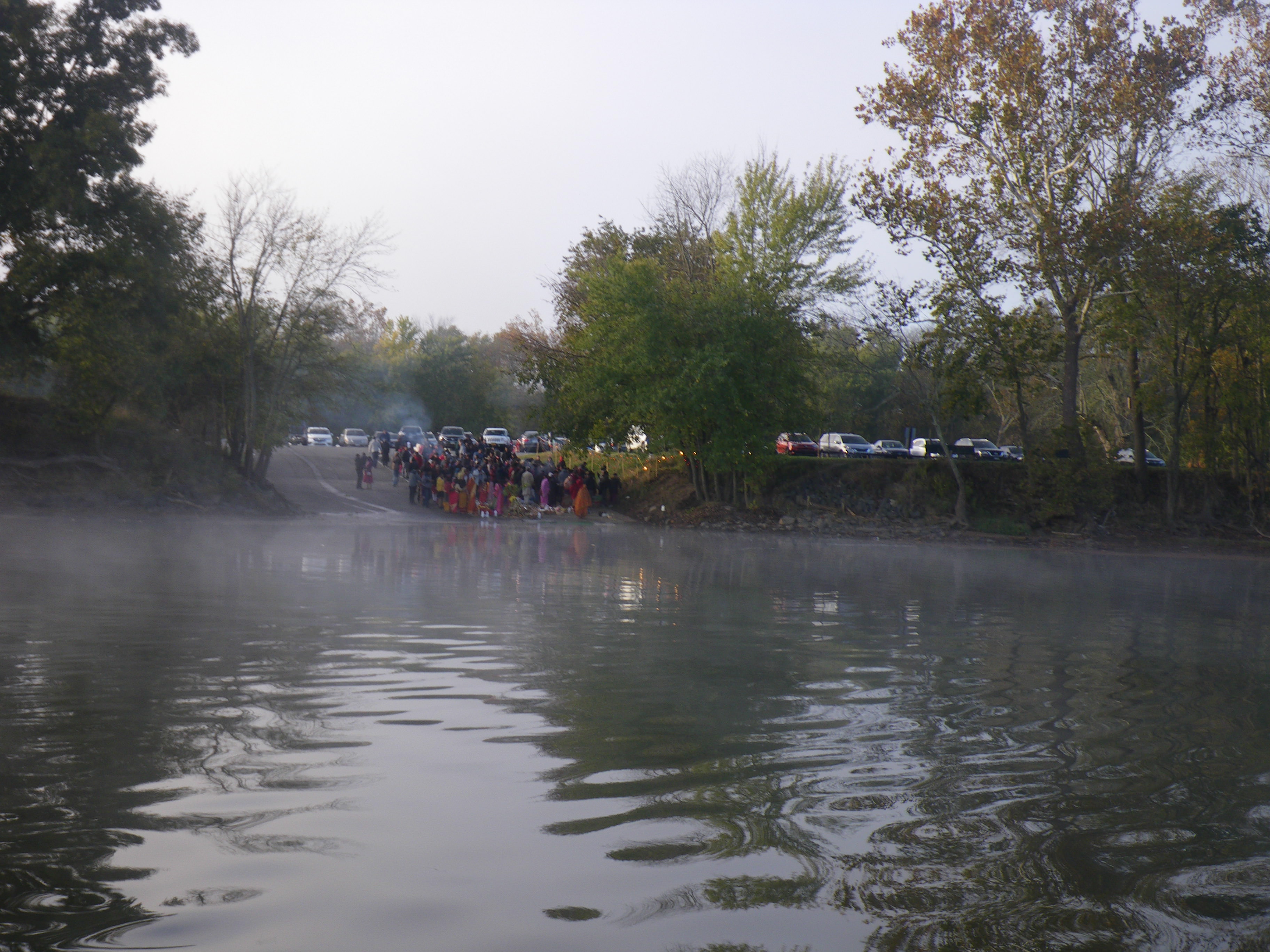 John and I learned some culture today. Nice folks! 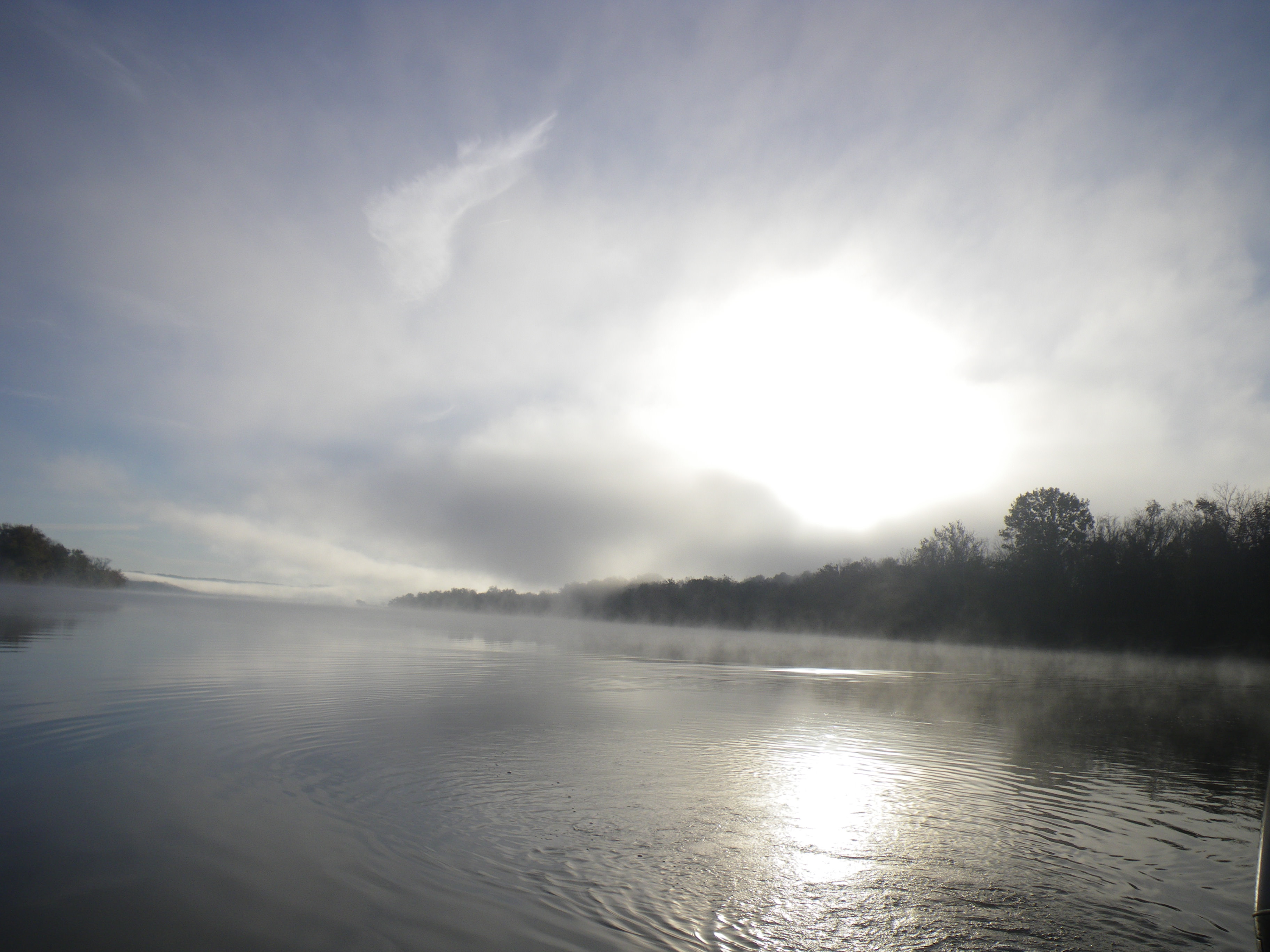 We tried a known spot at 1st and did nothing.

Then we went upriver and worked an area for a while and did nothing... 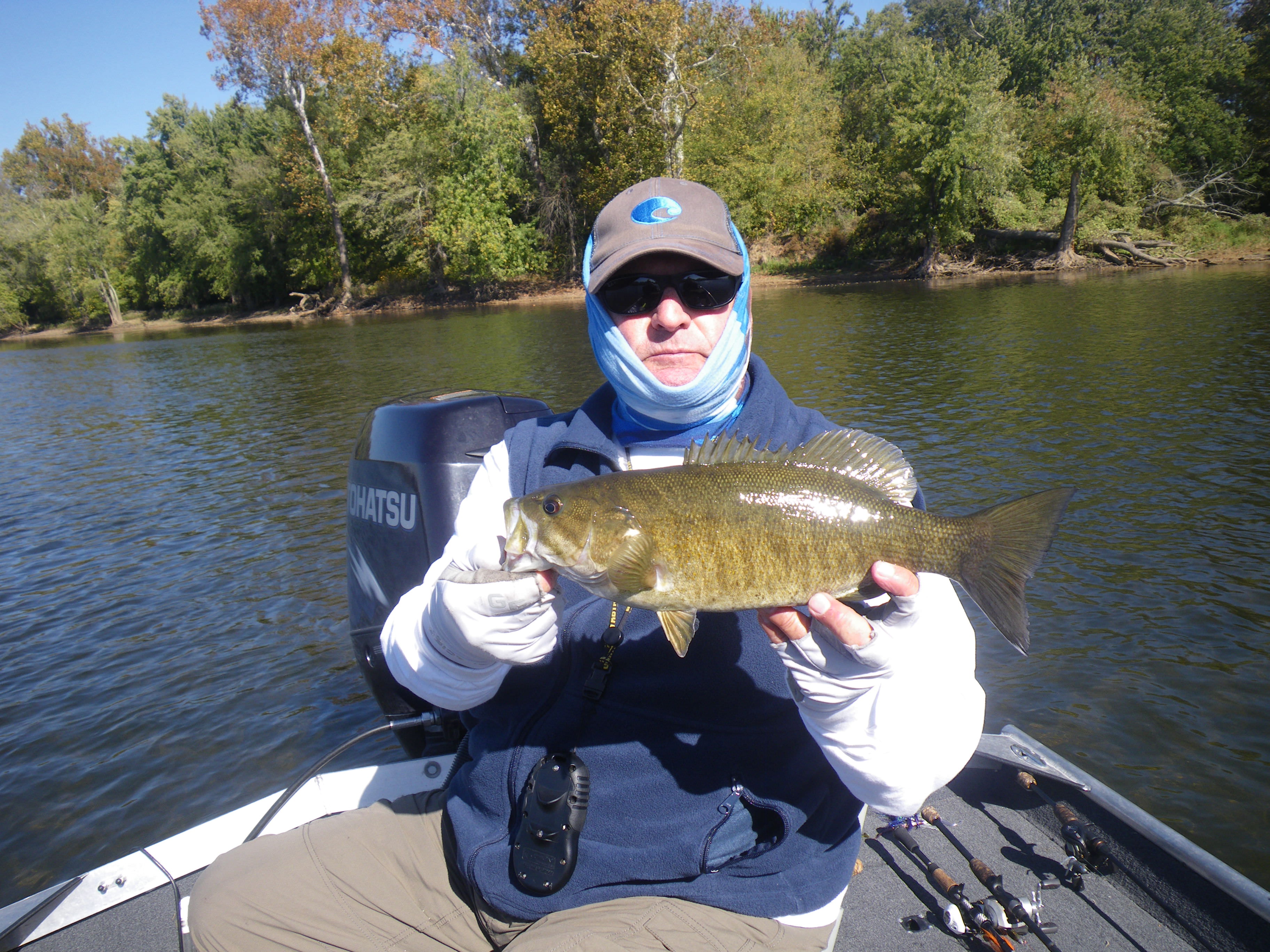 Then we drifted some more and got no bites....until I got slammed by a nice 15.5 incher that had another one trying to steal the bait. 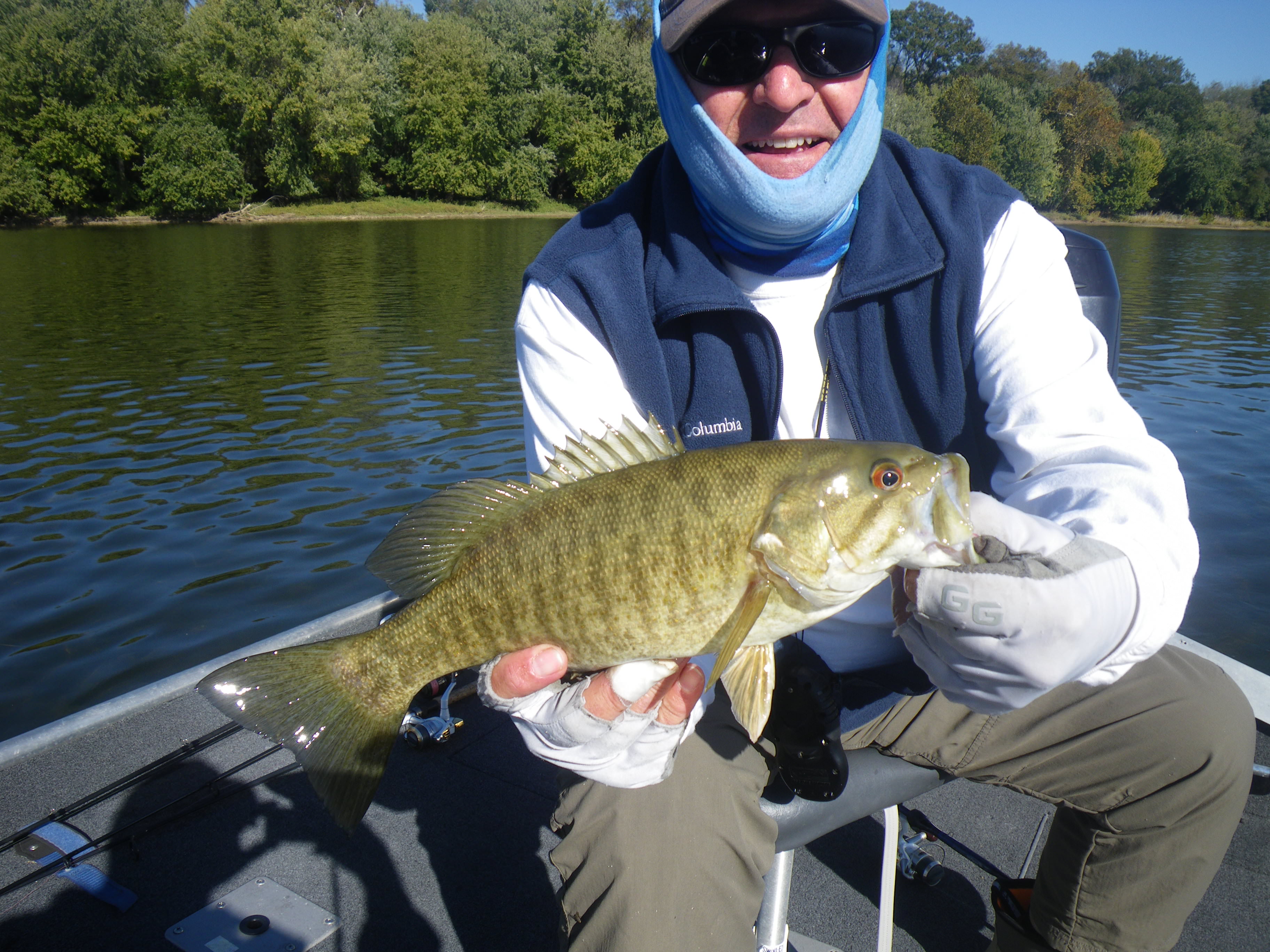 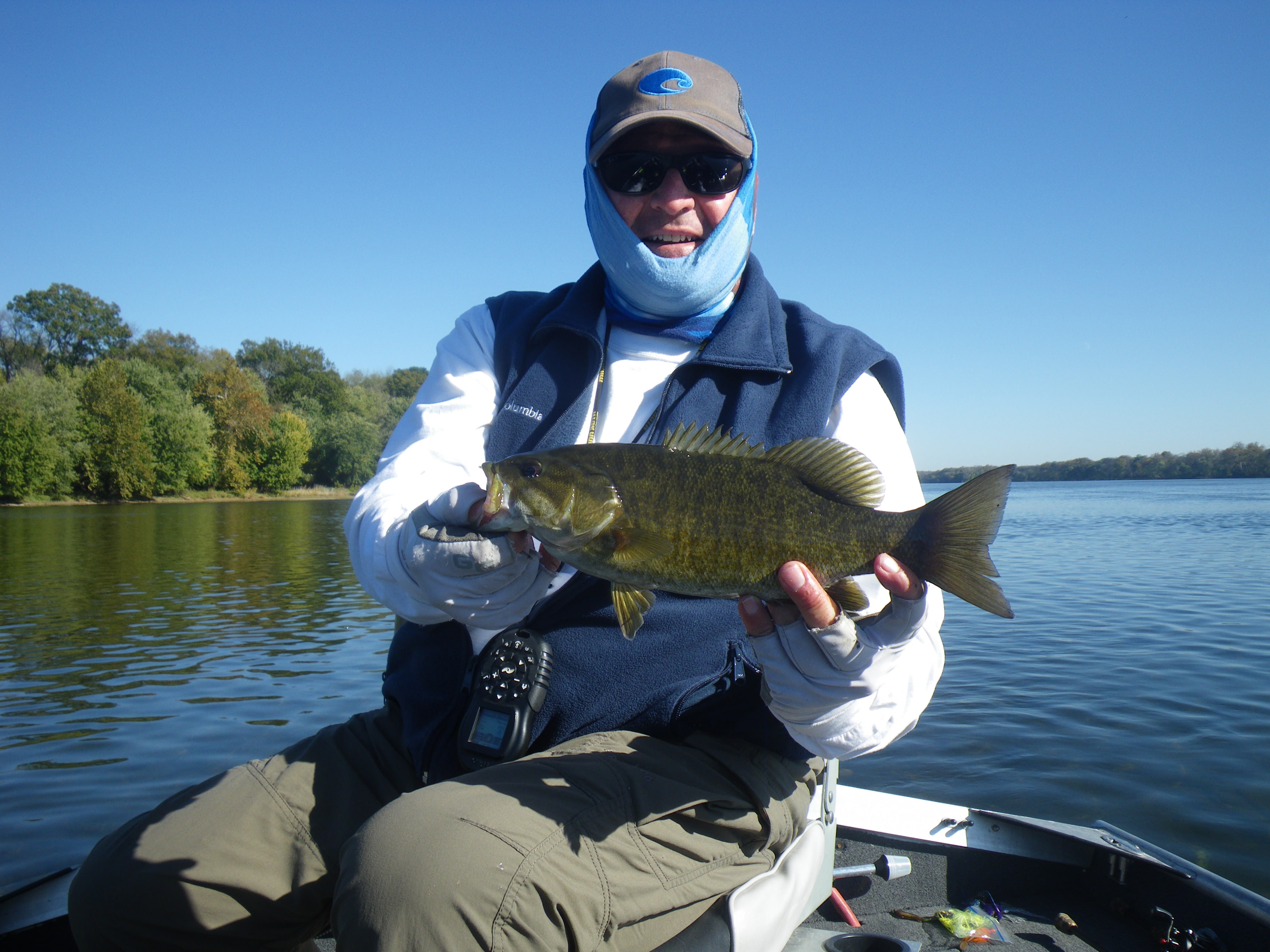 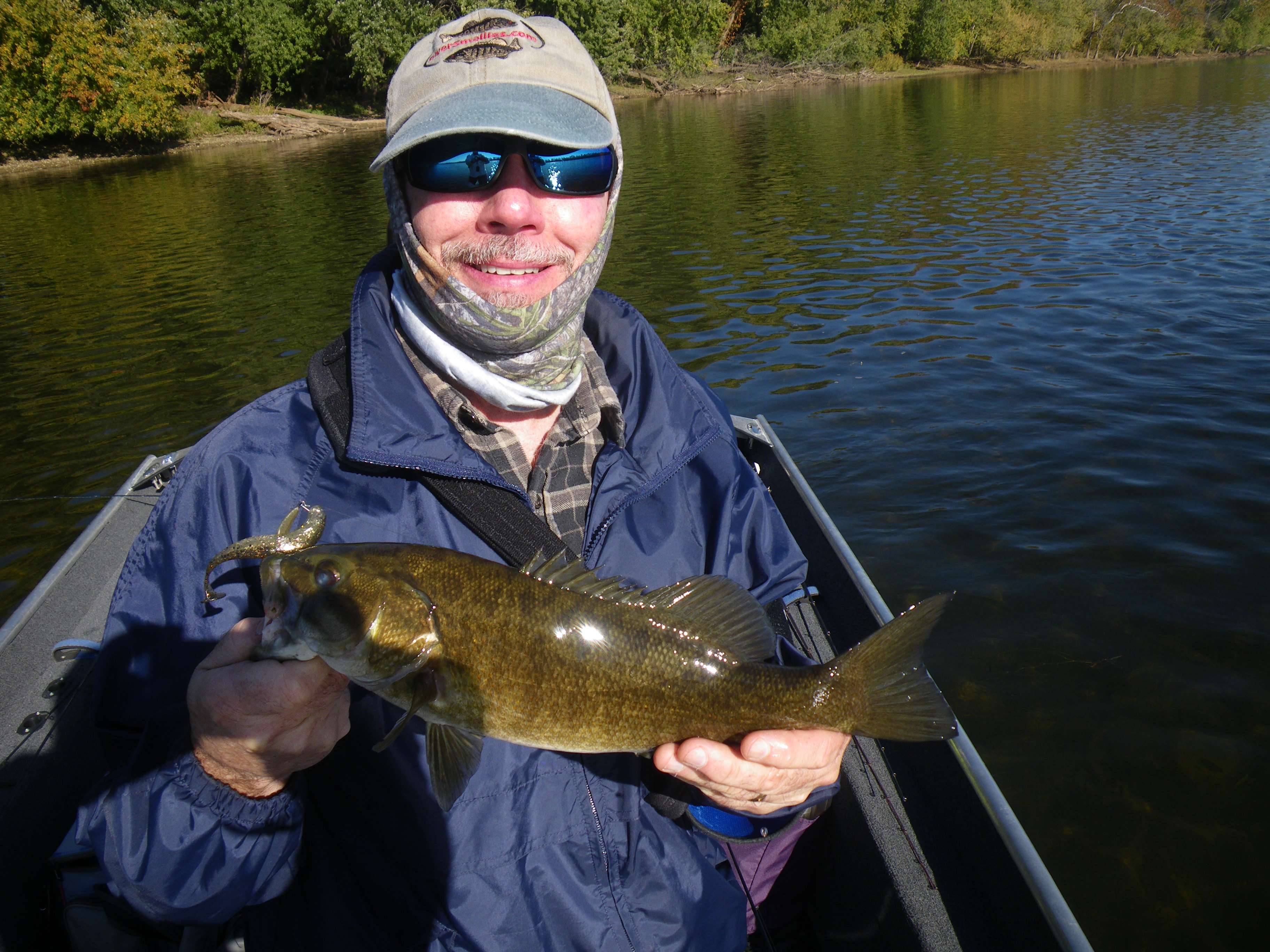 Two words for today, slow and fat. I only had 1-2 other bites. Not sure if John had any other bites.

But...all the fish were fat, strong and healthy1!

We fished long and hard for 4 fish but we were satisfied that we did everywhere we could to catch them. Great day on the water!!

All of my fish were caught on a mustard jerk bait, John got his on a swim bait.

Thanks again, Ernie!  Definitely a different day with the ramp festival to struggling to figure out the fish.  That jerk bait of yours is the bomb!  I had one that was very similar I was using and it did not get a sniff!  Colder temps, and clear, low water had the fish on the move.  Mine was 15" at best and yours were fatter, but I was happy to watch you get yours, ride in your boat and finally get my stinky skunk out!  Great day to be out, for sure.

When you launch on banker's hours you have to expect to see the bankers. Give me 7:30 and a bunch of fog.... you can't see sh....t! Wish you guys had better catching. Maybe Clarabelle would have helped. Bet today's wind had some sharp teeth.

Why do they have to camp on the boat ramp?  At least they were kind enough to let you launch.  I've had some other experiences in the past

We were up river from you the next day.  Wind was calm until around 1300, then had to paddle hard for two miles.  Took us forever

Got about 20 fish, all healthy & fat averages

Why do they have to camp on the boat ramp?  At least they were kind enough to let you launch.  I've had some other experiences in the past

It was not an issue....they had permission form the Park to hold their festivity.

Got about 20 fish, all healthy & fat averages

Folks that view this Forum love to see pictures......glad you all got some.

Were they shallow? Behind rocks? Deep?

No luck dragging a tube, jig n pig, or SWM jig swimbait on the bottom of depth

BTW, river going to 8' at POR. Gonna be while. It will be like fishing for a different species when we get back at em'!

I just appreciate what the river gave us this year.

Didn't realize we got that much rain

Maybe it'll flush some of that grass down the river

Lots of rain in the watershed to our west. Looks like it hit 7.1' at the peak....down to 3 by Friday night but I'll bet it will be dirty for a few days.

Need something to move water & make noise when dirty