So today was the maiden voyage of the Dream Machine. I originally wanted to spend 2-3 hours breaking in the engine in the early afternoon, but I had to drive around to 2 Home Depots, and 1 Lowes to get my freaking boat numbers, those 3" stickers. Eventually I'll get some custom numbers, but I waited 2 weeks for the DNR registration and I wanted to get out before the rain. When I finally got my boat numbers on, and other stuff sorted out, it was 1:30PM already. So I headed up to Little Seneca Lake to calibrate the ultrex and mess around with electronics.

She's fast, 3.6mph with the 112lb thrust TM. I will probably fish here more now that I can get to where I want more quickly. 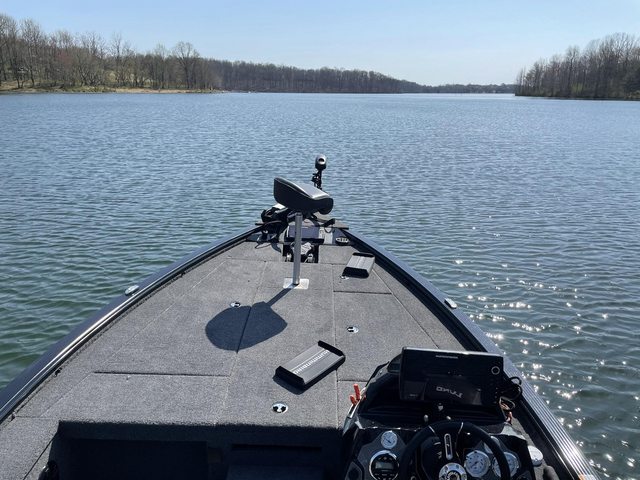 I headed up toward an arm near the houses which I've never been to before. The water was warmer here, 63 degrees compared to the main stem at 59 degrees. I forgot to bring my bag of tackle, and I pretty much only had the lures on the rods in the boat, so I figured my best bet was a chatterbait in the warmer, but muddier water. 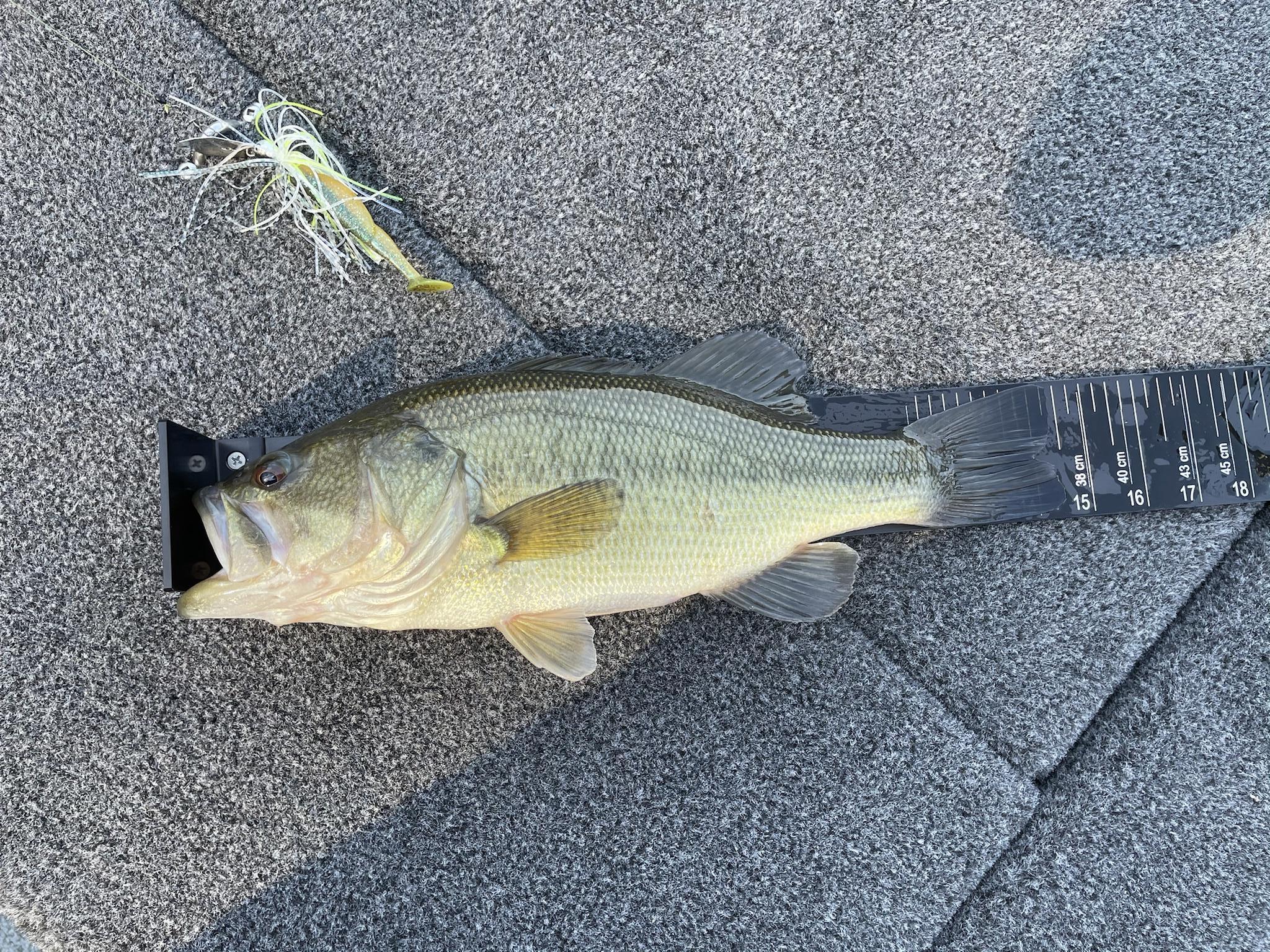 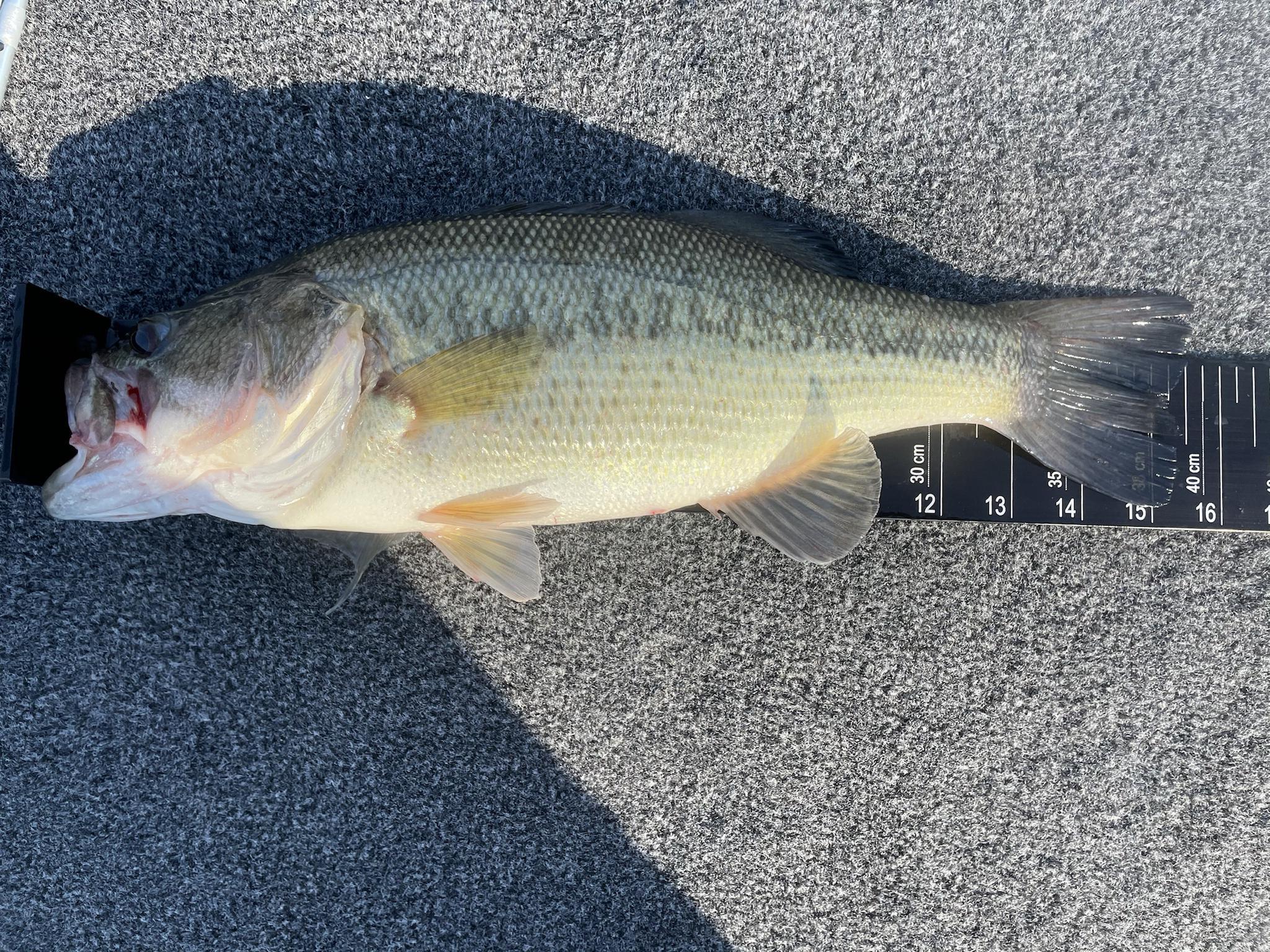 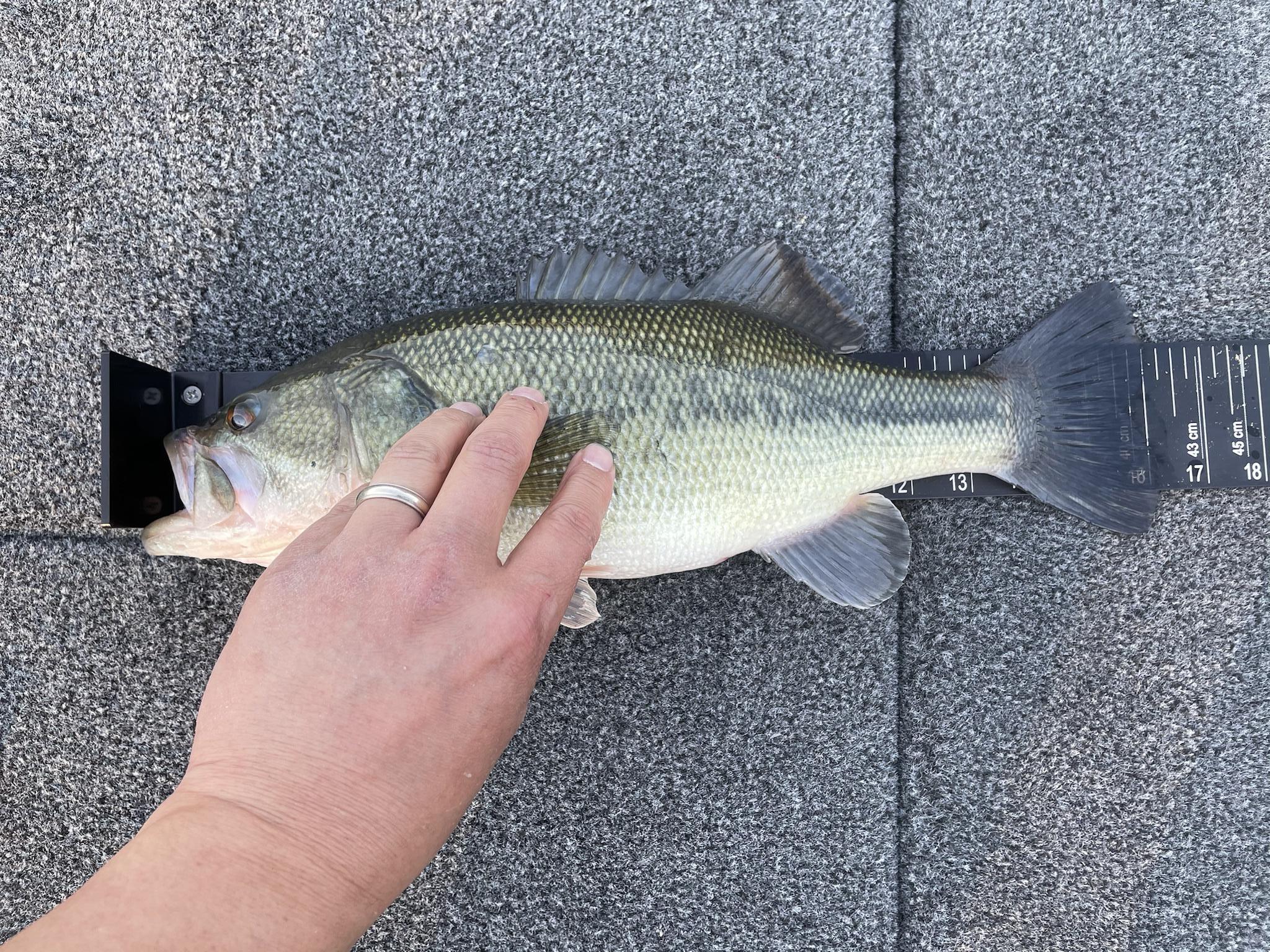 The pattern was laydowns in the 5-8 feet range. I probably could have caught a few more, but my fishing muscles are out of shape and I decided to just troll back on medium and enjoy the scenery with a cigar.

Bad news while I was tinkering with the electronics though, my rear transducer is not picking up any sonar, only water temp. So either it's a bad transducer, or the Helix dongle is broken. I'll direct wire them to the console unit tomorrow and bypass the dongle and hopefully that will trouble shoot it for me.

Congrats on the maiden voyage!  Nice chunks.  Good to get the kinks out early.

Nothing like catching fish on the first trip in a new boat!

Catching fish, enjoying a cigar with the scenery. Now that's how to break in a boat!

Followed up the next day with a trip with my dad. 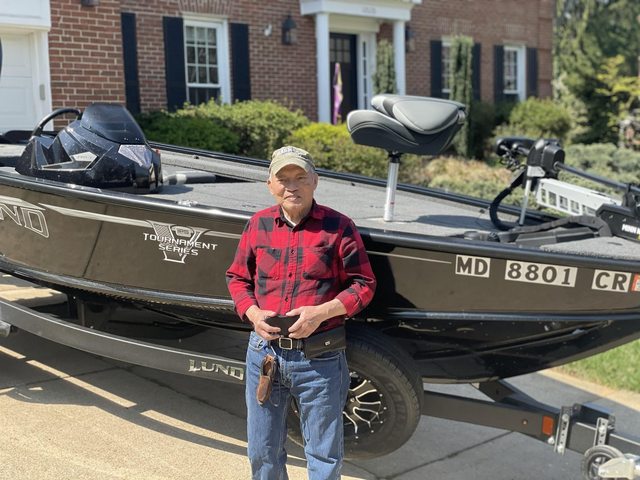 The Ultrex is fantastic, I can just sit back and control the boat while my dad is up front. I'm enjoying a cigar while my dad is watching YT when I was heading to the spot where I was catching them yesterday. 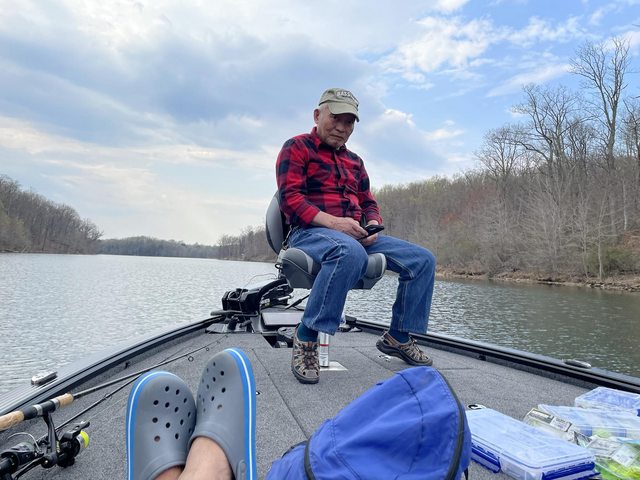 I ended up with 4 largies, and he jigged up a crappie: 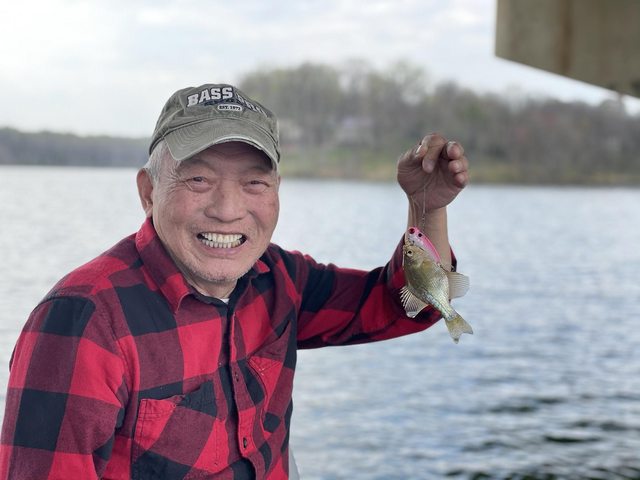 He's happy so that's all that matters.

Too funny...what's he watching on YT?

Not often you see a smile that is bigger than the fish, but it is great to see. Reminded me of outings my Dad and I had before he passed. Cherished memories that will last forever so I'd encourage you to continue the father son trips whenever possible.

Enjoy the time with your Dad.  I remember the last time I fished with mine.  Good memories.

Also, Ernie says I'm so good at spending his money so I'll offer to spend some of yours.  That boat would look major kowl with Aqua-Traction flooring instead of carpet.

There he goes again...spending other peoples $$!! When my carpets need to be replaced, Ill be taking my boat to Joe Raymond for this treatment.