It was really nice on Saturday and I decided go into the wild unknown: taking both my almost-5 and 2.5 year old daughters fishing, by myself. I had no idea how it was going to turn out. I didn't even know how to fish during this time of year because I'm so out of touch with fishing haha. I haven't taken my oldest fishing since last summer, and this was my youngest's first time fishing. I asked my youngest "do you want to go fishing?" and she replied "Yeah, fishing!", even though she didn't know what that is. She then said "I wanna see a fish." Well then, the pressure was on.

I took a UL and a slice of bread and headed to Alder. This was my first time using bread as bait. I tied on a tiny hook, ripped of a piece of bread and balled it around the hook. We had to go to a few spots before I found the bluegills. I would cast it out and each of us would take a turn (trying to teach them to take turns lol) reeling it in.  They were all smallish and would just peck at the bread. Perhaps I should have made just barely larger than the hook so they would actually suck it in? When it was my oldest's turn I was watching the fish peck at the bread, and then the bread disappeared and the bobber started moving left. Fish on! She reeled it in all by herself! I was too excited and wanted to land the fish so that my youngest could see it that I didn't take a picture of the action. It was 4-5" bluegill. I showed it to my girls and my youngest covered her eyes and said " no fish, no fish"

I threw it back and then she immediately said "I wanna see another fish" haha. Kids

All in all it was a very success trip! No one got hurt, everyone had a good time, everyone wants to go fishing again, and to top it off a fish was caught by my daughter. Can't wait for the next time! 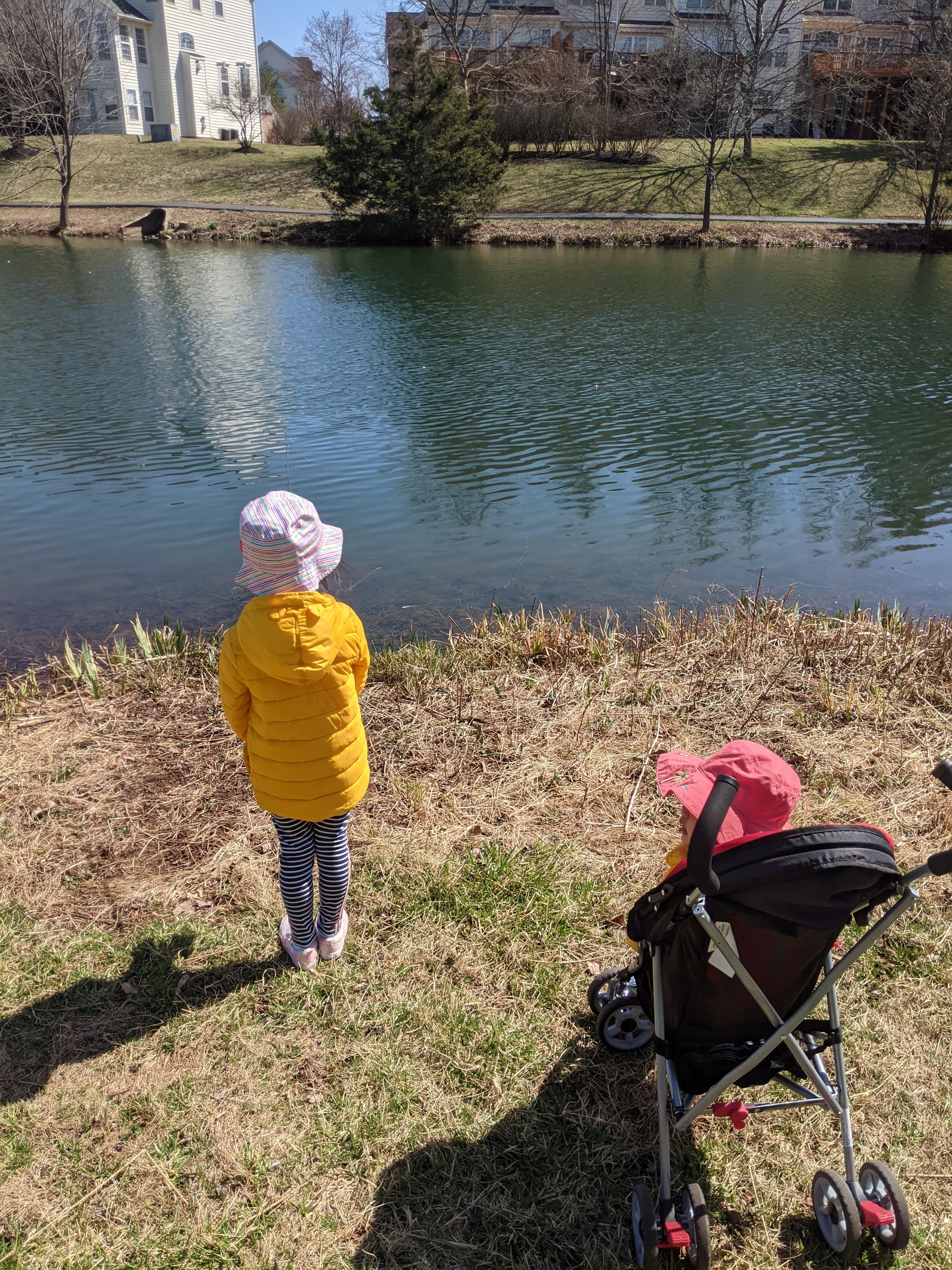 This is a cool report...well done!

Oh yeah! You guys have awesome ponds for kids and panfish. In my trials, I found that potato bread like Martin's worked the best because they were dense and moist enough to shape onto the hook and stay.

Oh yeah! You guys have awesome ponds for kids and panfish. In my trials, I found that potato bread like Martin's worked the best because they were dense and moist enough to shape onto the hook and stay.

Thanks for the tip! I'll try that next time.