Finally a window where I could get away and it wasn't snowing or a sheet of ice. I haven't trout fished since New Year's eve and the cabin fever was getting bad so even though it was supposed to barely break freezing yesterday, I made the 3 hour trip north. I took my time getting out in the am to give it a chance to warm up a bit. Much to my surprise when I got in the area around 12:45, it was already 34 degrees. Regardless I got on the water by 1:15, and it was little to no winds and quite a beautiful day. 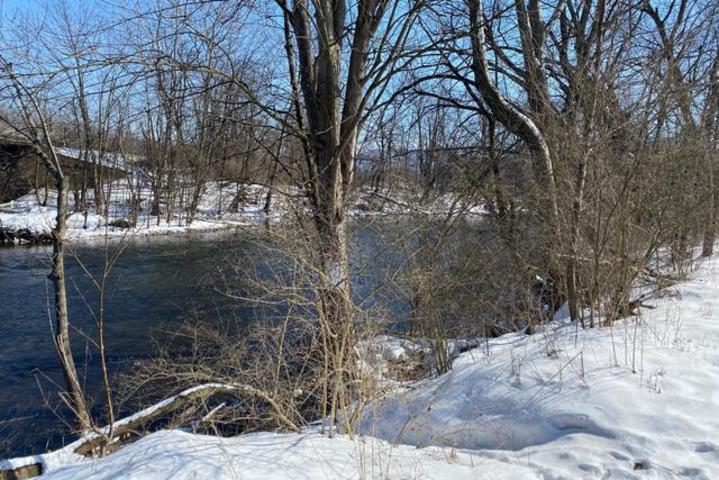 The water was a bit low, but still plenty of fishable runs. The meting snow just added to the beauty of the day 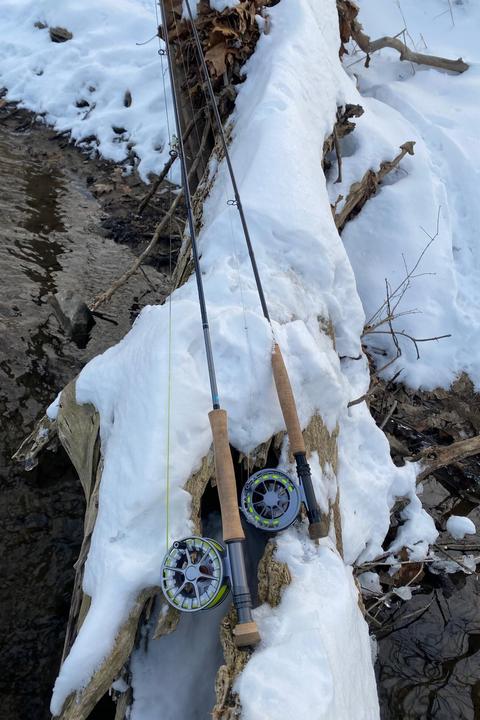 In spite of the good looking water, I couldn't buy a hit. I fished nymphs and streamers, tried all sorts of flies and never had a sniff. I moved up river and had two short hits but never hooked either.It was 2 plus hours and I had nothing to show for. I hiked further upstream and got into a deeper and slower run. I found a nice current seam and my first cast into it I hooked this beautiful, healthy 16" brown. 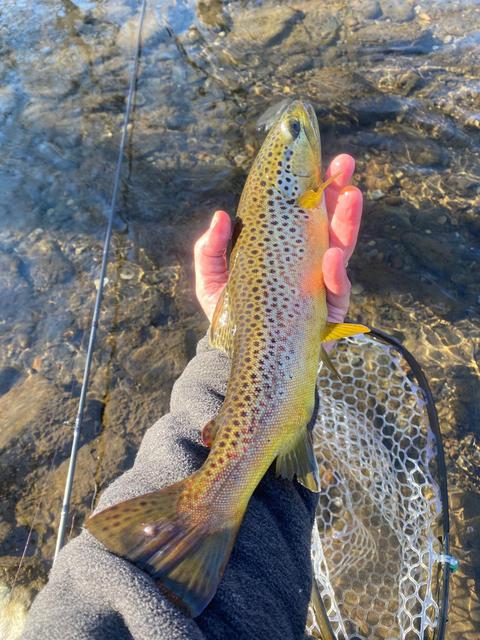 After taking a couple of pics and releasing him I waded back into position and within a few casts, I hooked up again. Another good fish. 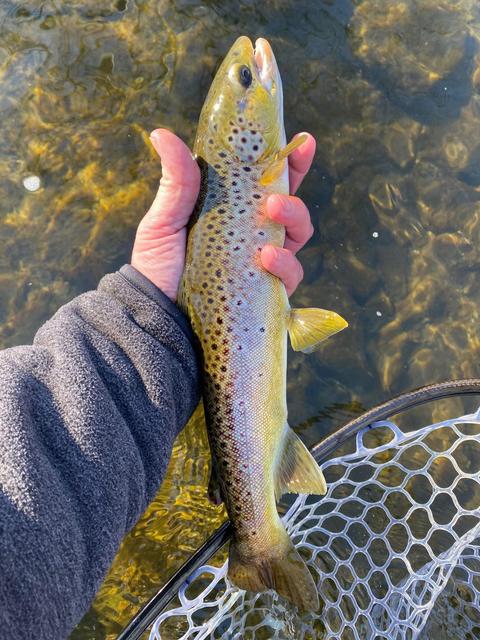 When I landed this next one, it was my 6th fish and 4th in 4 casts. I knew I was into something good and I took a pause to soak it all in. I had the spot to myself, it was relatively warm, the fish were quality and, for at least that moment, all was right in the world again. 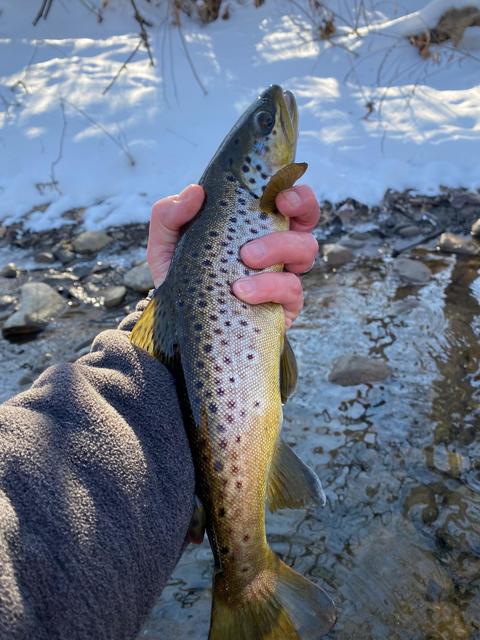 The action continued, I missed a couple and the hits started to slow down. During that time I noticed fish were rising and eating blue winged olives. It wasn't much of a hatch, but enough to get them feeding on top. I saw several rising in a  seam on the far side of the run so I waded closer and put a perfect cast in that seam and hooked up big. The fish made 3 or 4 screaming runs through the hole and I managed to get this beautiful 19" brown to net. It's my biggest in PA and ties my personal best 2 which I caught in Colorado and Montana. The pictures just don't do justice to this fish's beauty and thickness. 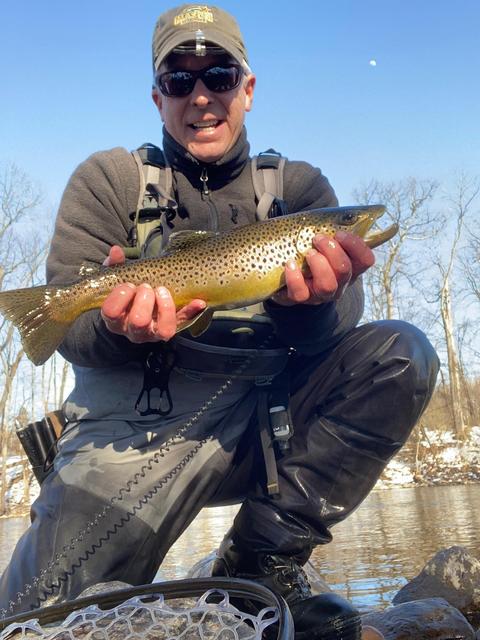 Those runs through that hole definitely scattered the fish but managed one more fish, a rainbow holdover that was a bit beaten up. He was thick and put up a great fight though. The funny thing is that they don't stock fish within 3 miles of this spot but it's the 2nd rainbow I've caught in that area. 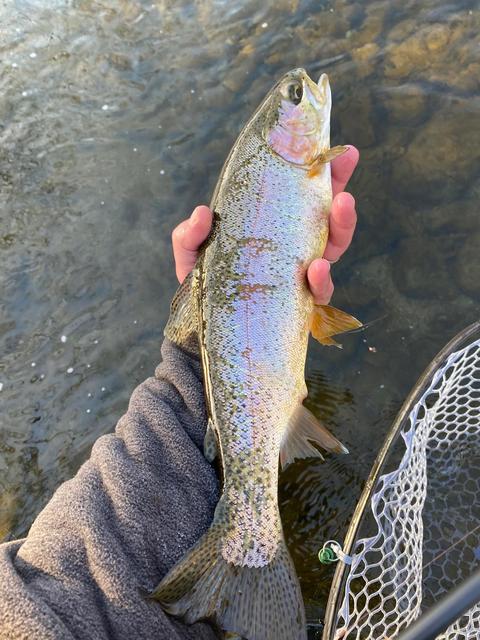 Final tally was 9 fish in just over an hour. I should have quit then but spent another hour searching without a hit. I finally quit when the temp dropped below freezing and the line started icing in the guides, What a great day on the water.

Nice job and thx for sharing

Just what I needed.....awesome report!

Beautiful fish. Even though it must have been cold, the scenery is striking. What stream were you fishing, and if it's a secret place, it's ok not to answer.

Stunning! Thanks for sharing the report with us!

Beautiful fish. Even though it must have been cold, the scenery is striking. What stream were you fishing, and if it's a secret place, it's ok not to answer.

Great day on the water! Thanks for sharing.