Before leaving from work early I was checking the weather.  The forecast showed winds should be 8mph and picking up to 15 later in the day, but at the time the winds were only 0-3mph.  So I decided to head to the reservoir to hopefully find them biting before the front came through.  Once I arrived the wind had certainly increased putting a good ripple across the surface.   I was a little hesitant about launching but I did anyways.  Shortly after I launched I lost a rod holder base when I removed the rod holder to re-tighten the base.

Then within 20 minutes or so the wind picked up was definitely in the 10-15mph range.  I HATE fishing in the wind.   I couldn't even track straight perpendicular to it, the bow end would insist on pointing into it.  Once I got to an area I was hoping to find fish along a rocky drop off, I was bouncing and snagging a blade on the bottom.  I thought I had snagged another stick but it was finally a fish.  This was it for the day.  I still find it odd how many crappie I've caught since it re-opened. Prior it was very rare to catch one, maybe three over 10 years. 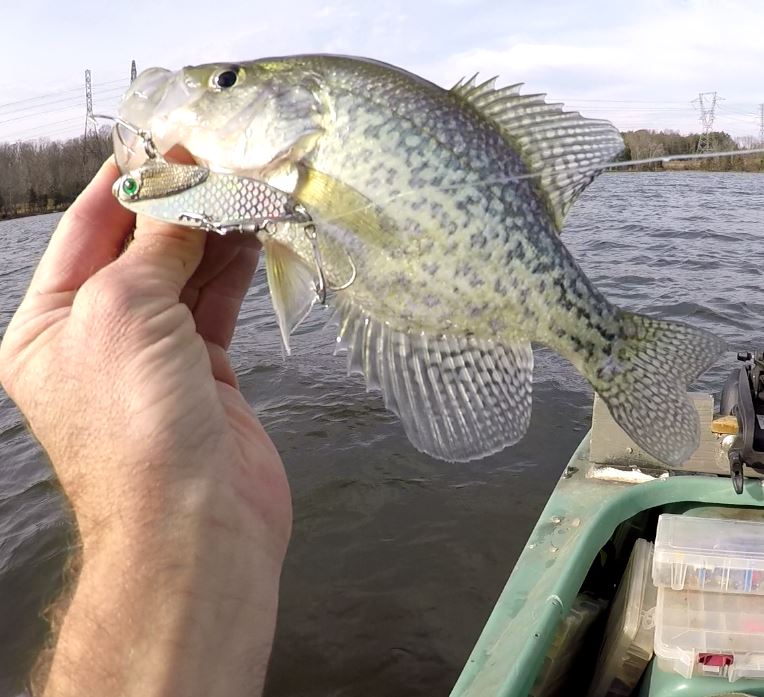 It would be nice if Beaverdam had some big crappies!

Nice job persevering and ending up with a fish!