I decided to hit the lake for a change up.  Got off to a later start and was on the water by 8:30am.  Water and weather were perfect.  Too much hydrilla in the shallower water up to 10 feet.  I started off throwing a Whopper Plopper up near grass and some dead trees.  Second or third cast scored with a feisty 13.25"er 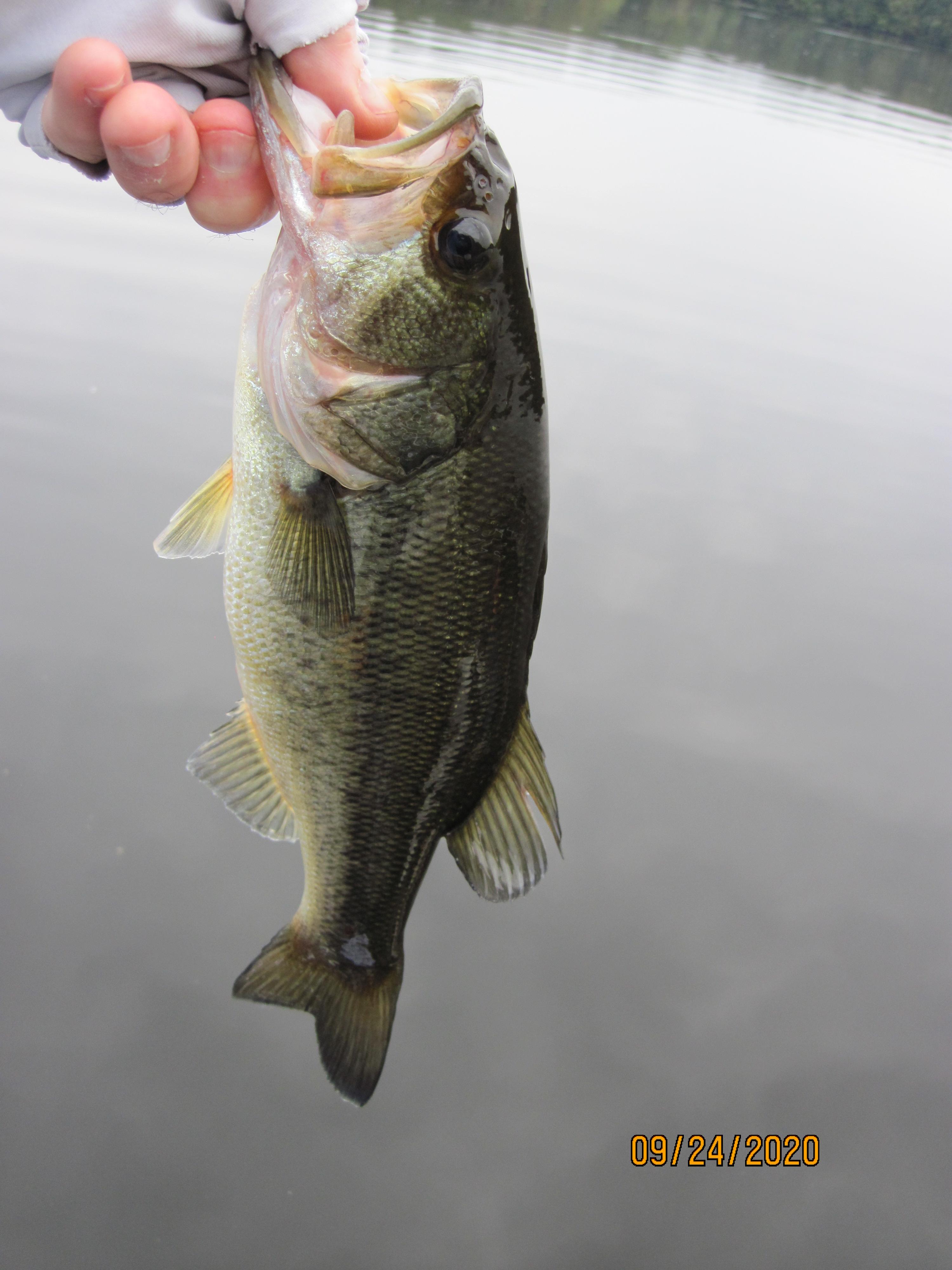 I caught one more dink in that area and then moved on.  That is when I figured out the cove was pretty much choked with hydrilla.  Wish I had brought my frog box, but no.  I fished around for an hour or so and moved back into the main lake.  I was tossing and trolling a swim bait on an underspin.  As I came to a wall of hydrilla, I hooked another small bass.  I continued working deeper water with cranks and the underspin.  Nada.  Worked around to another area and the depth seemed good, but no bites.  I ate my PB&J and then went around the island.  Hydrilla was choking the back side, so I eventually headed back to deeper water.

There were bait balls scattered all around.  My TM battery was getting low, so I decided to troll a crankbait through some of the bait before heading back.  My Rapala DT Thug got slammed and I reeled in a....white perch!  It was almost 11" and healthy! 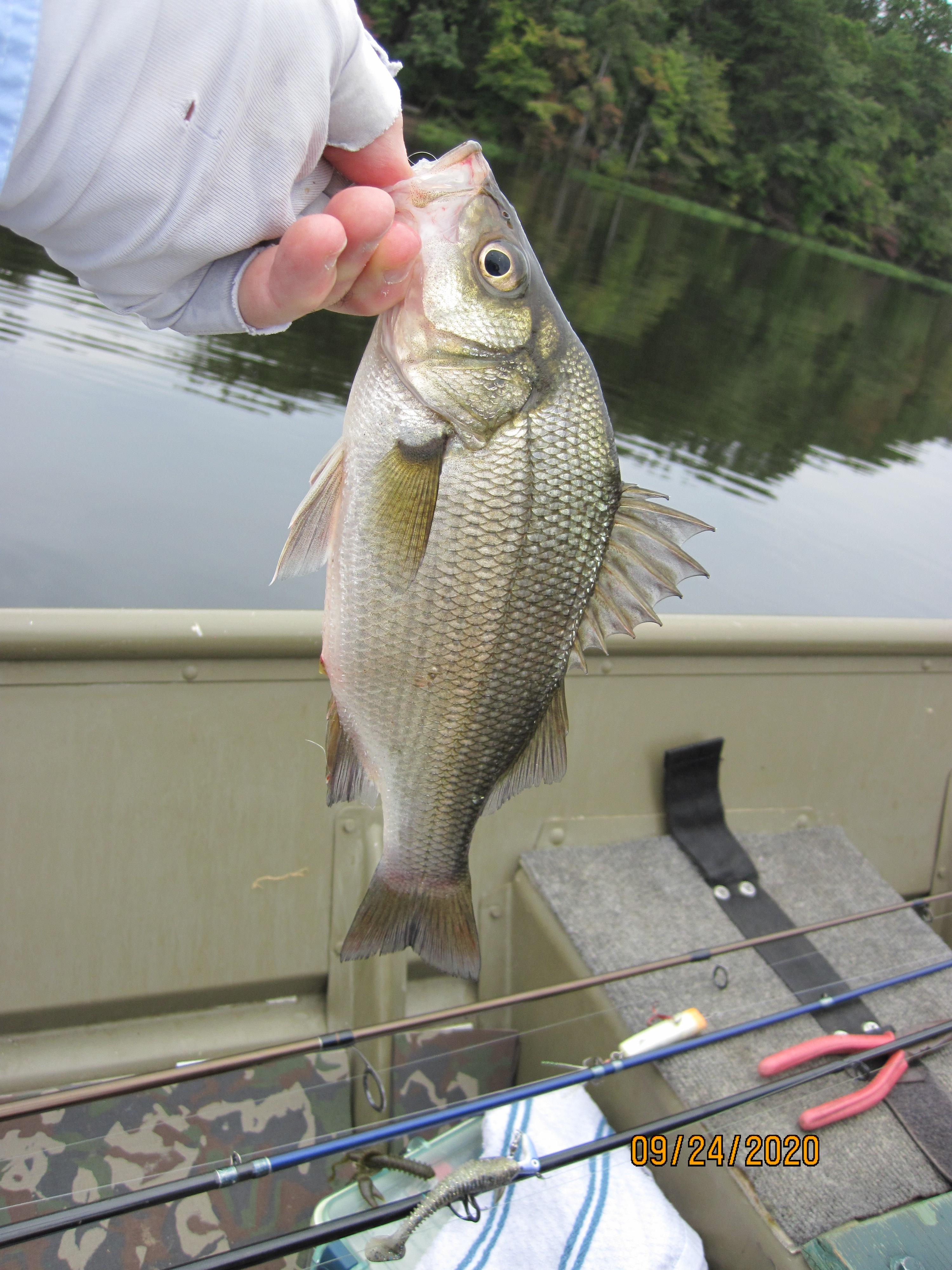 I finished trolling back and was off before 1pm.

Fun morning with little action, but the WP hits were worth it!

You just made Ernies day w/ that perch

Burke Lake was one of the places I cut my teeth on East Coast fish'n.  We'd always camp there and I'd hike the trails casting away.  Some nice fish were in that lake back then