John and I met up at 7:15a and were on the water shortly thereafter.

Today was all fly day, no conventional gear aboard.

Today was the only day that John could go after a couple of cancellations prior.

Low tide was at 9:45a so going back to the creek was not possible as my boat sucks too much grass when the the tide is low. Major disadvantage of a jet motor.

We started at the grass/pads under Rt. 95 but all the water was below the grass so it was a tough go.

Then I decided to hit Massey Creek which was low and muddy. As we drifted out of the channel with the tide, i hooked up but the fish was running towards me and I could not strip fast enough to catch up with it. Once he got by me...see ya!

We did see a few bass and John got a few looks for BGs.

We talked to 2 boats and they were struggling on the extra low tide (it seemed that way).

After that, we hit Deephole Point but the water still had not come up and it was tough with the fly. John did get some nips and follows but no hookups.

I told John that I wanted him to see the creek so we made a beeline. We were running on 4-6" over water over the weeds and we made it to the mouth before bogging down.

Once in the creek, we say that the=re was no water and the channel became very tight. We fished for a bit and even went up to where Bob and I hooked the snakeheads but it was bony at best. 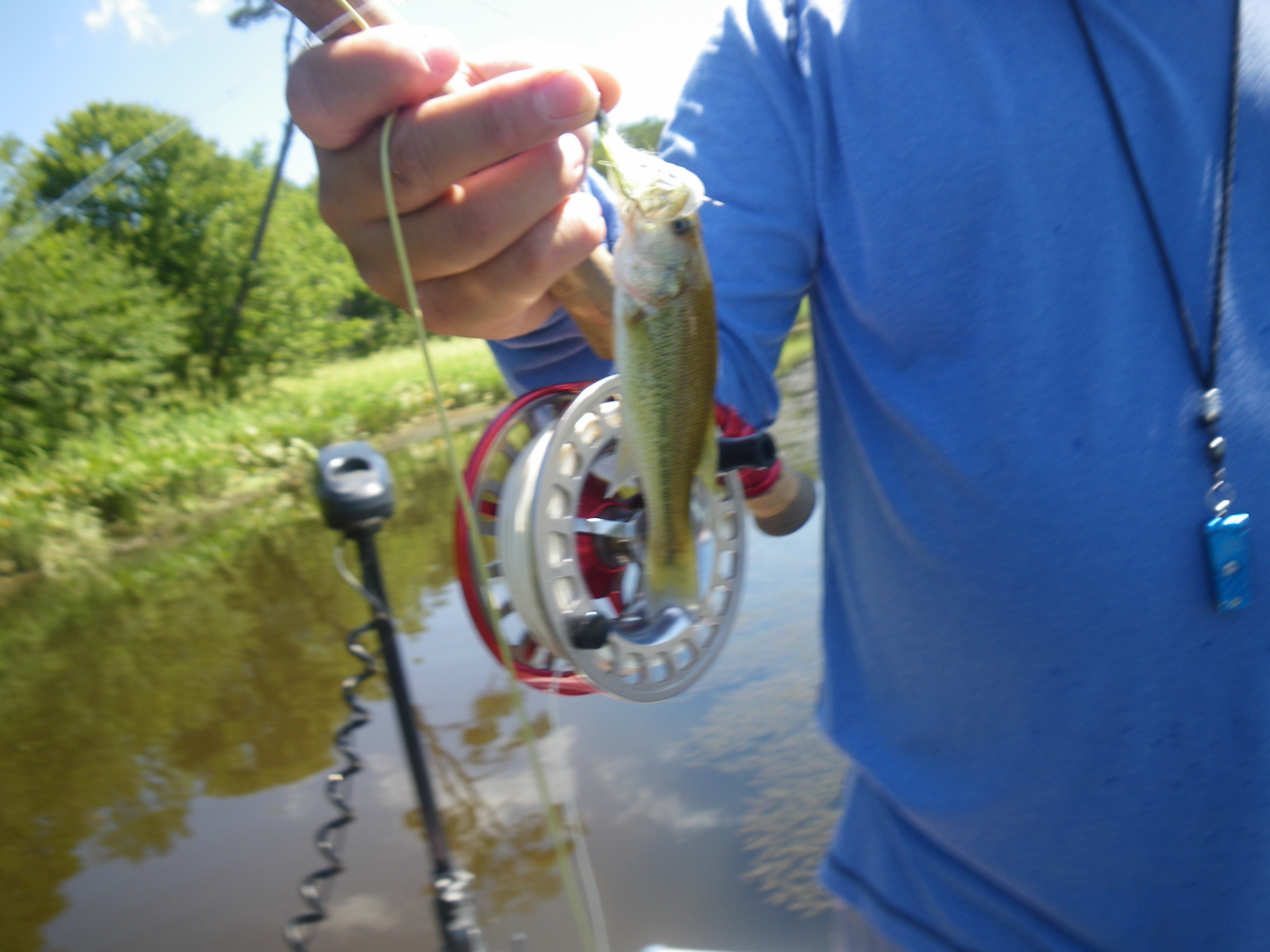 We fished out of the creek and no more hits. We did see some nice bass but once that happened, it was too late to make a cast. The creek is and early spring to early summer game but I wanted to show John the beautiful habitat.

Today's stogie was a Cuban Partagas and yes, they are better than most non- Cuban cigars.

So we took off for the ramp and miraculously, we did not bog down. I did have the hammer down and that may have helped in not sucking in weeds.

Off the water by 1p.

Talked to another 2 guys in a glitter boat and they said they had "a tough day".

The burgers at Brickmaker's were good!