Fun fishing out back with the 4wt and my home made flies.

Water is clear and lots of fish sunning themselves and thinking of...s##! I saw bass, all kinds of different BGs and a massive crappie. But they were not interested in eating at 3p.

I finally did get a few to eat after I would tick them off but it was interesting to see them let the fly go by...

This was the biggest BG. 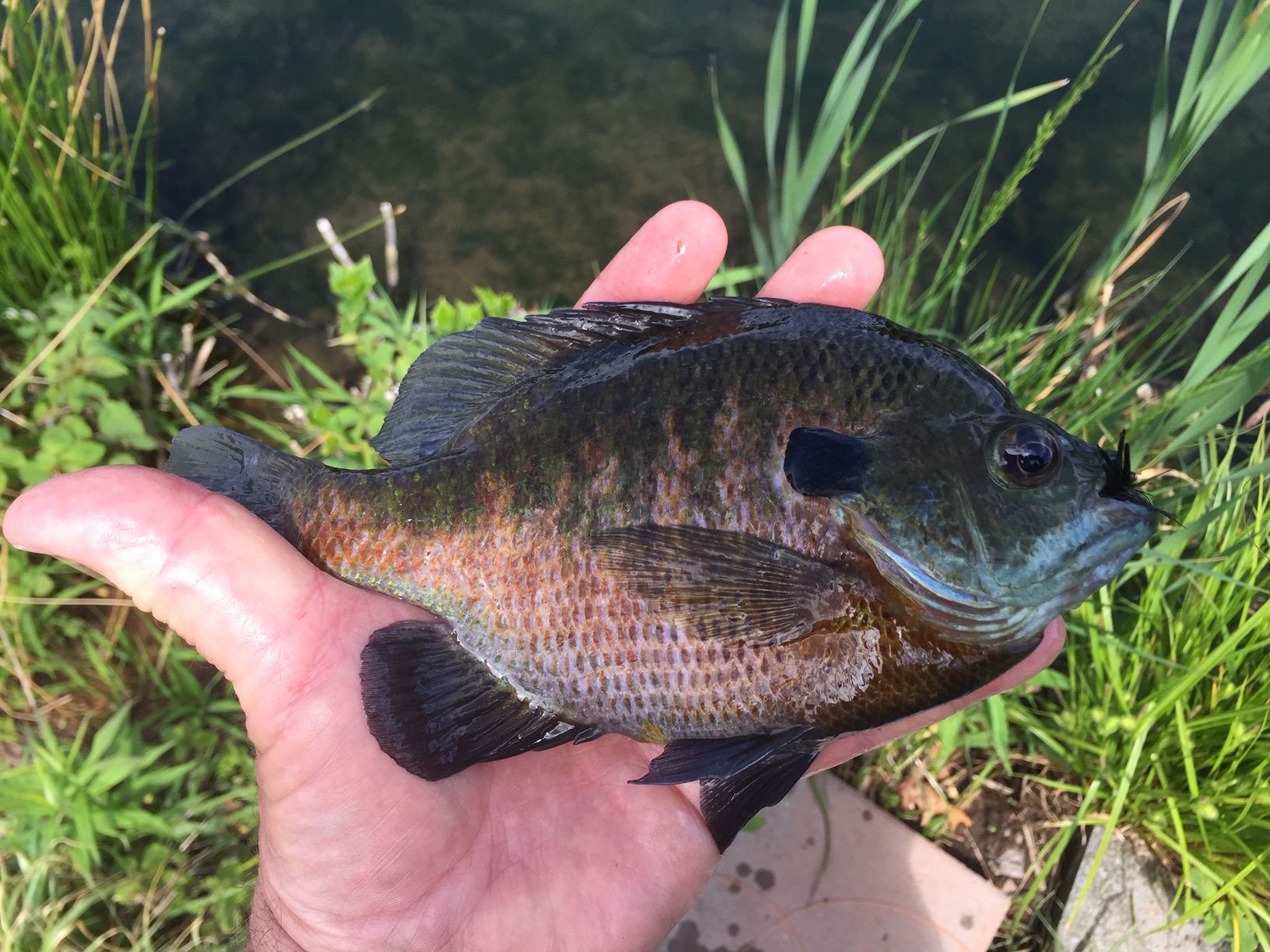 I caught a male guarding what appeared to be a bare nest. I wonder if LMB have finished and I hope people didn't poach the big girls.

Just showing off one of my flies. 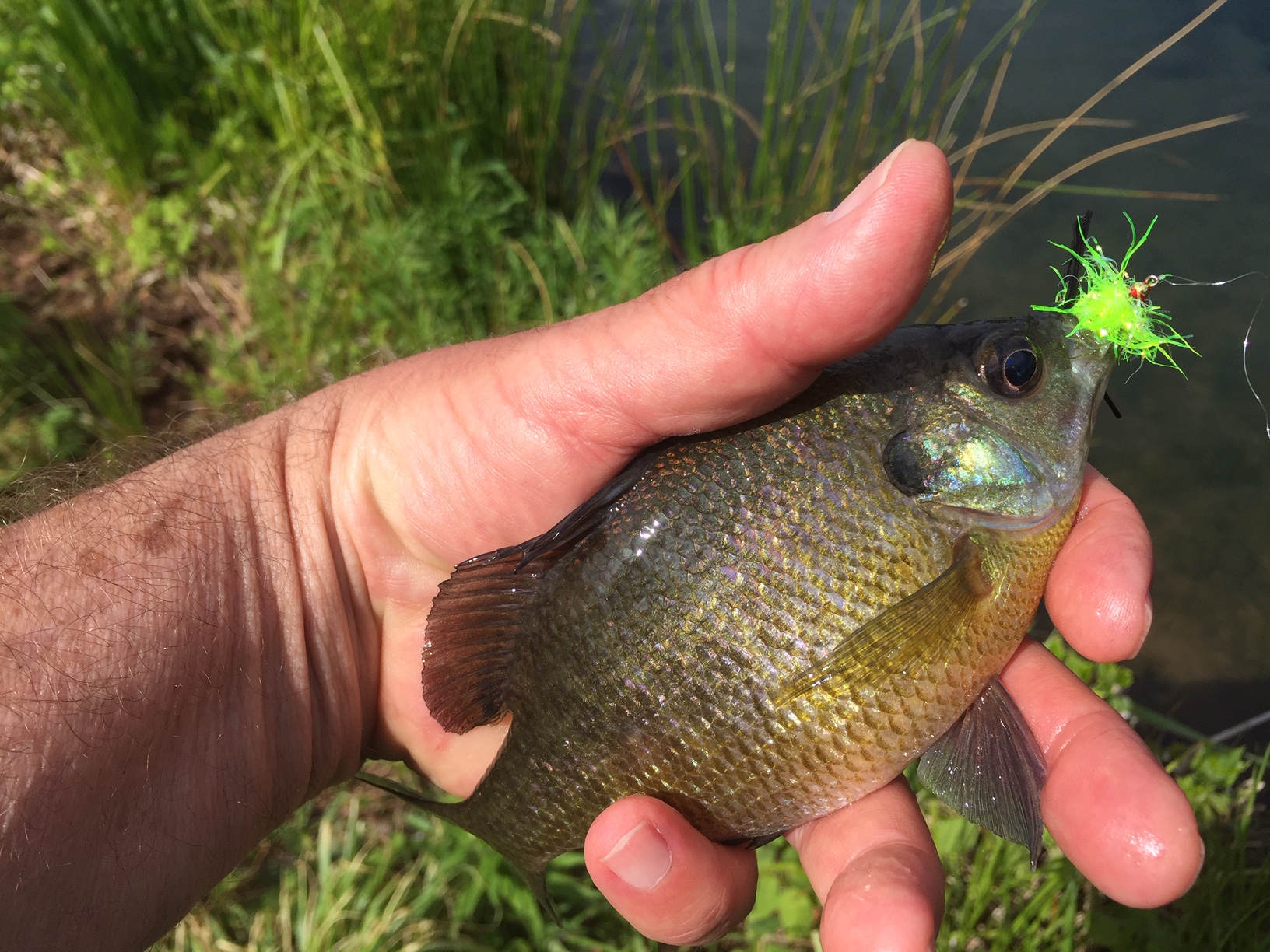 When this guy came buy...it startled me. HUGE! 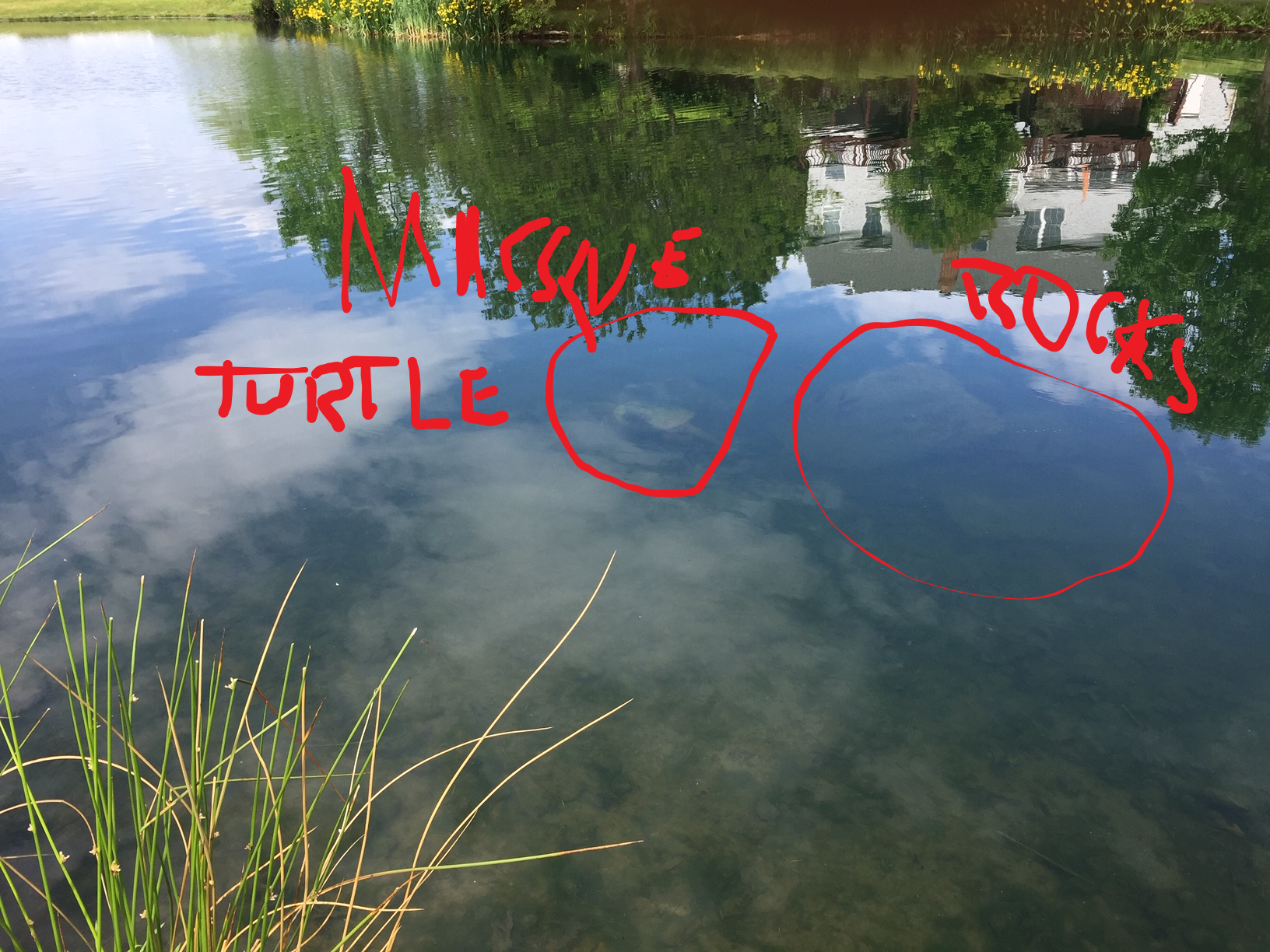 Paul got some nice ones today, closer to the golden hour. 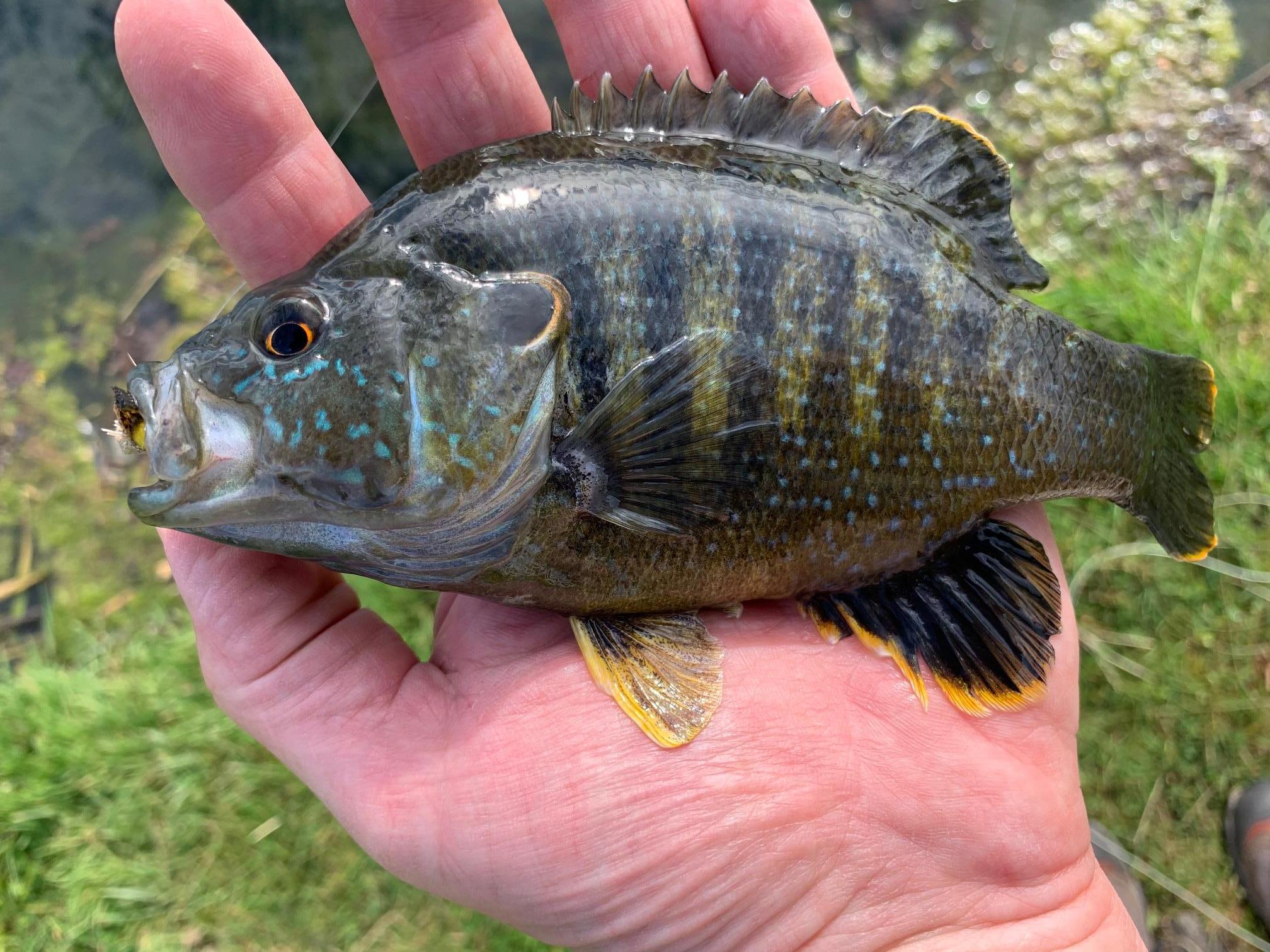 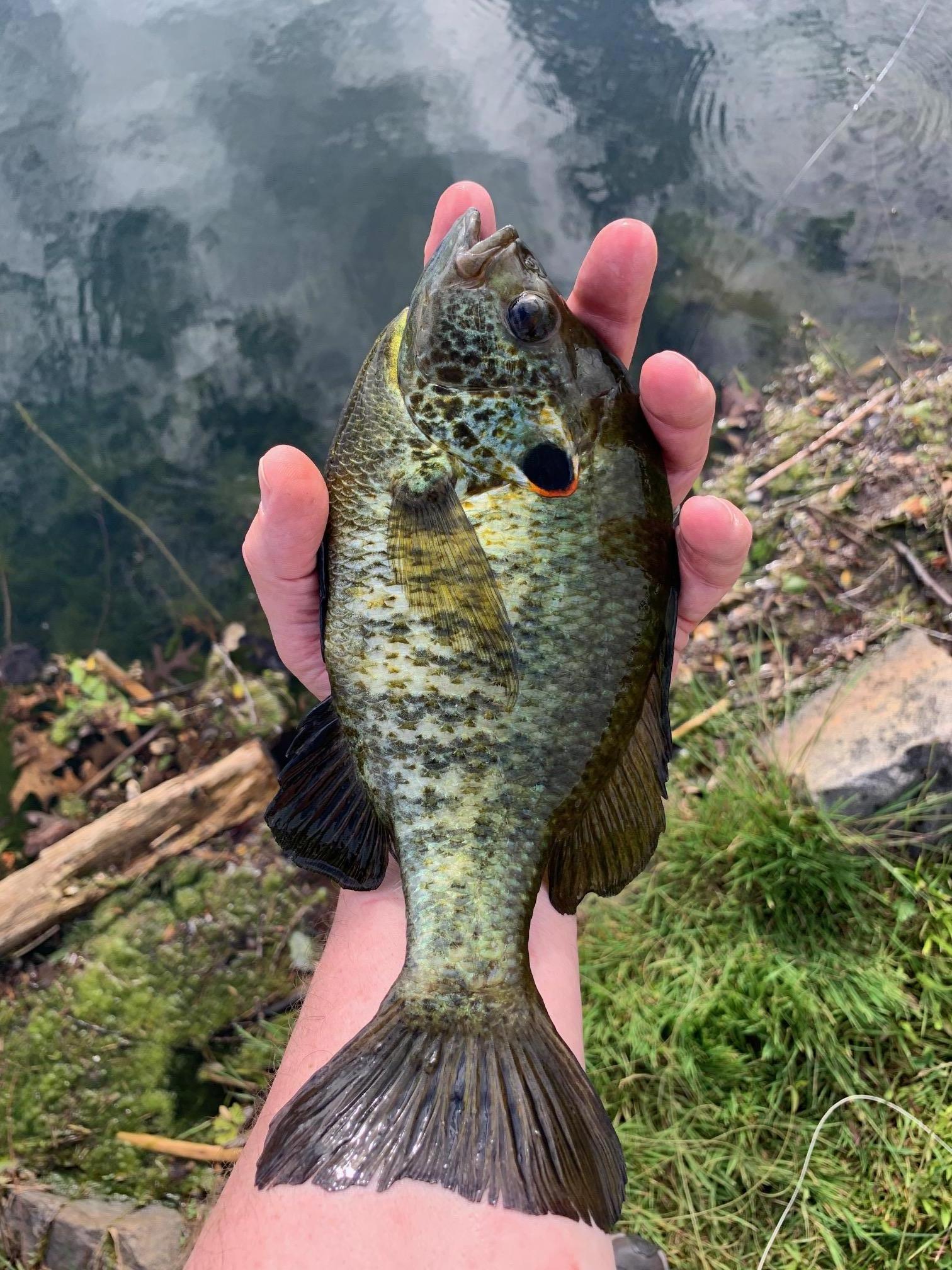 Paul got some nice ones today, closer to the golden hour.

Thanks for posting. Was just getting around to adding the pics tonight. The fish were super aggressive Saturday evening, eating a top water hopper pattern. Also, they were really colored up. Just beautiful.

Several fish came half way out of the water crashing that bug. Except that big one. I saw him come up from behind it and gently sip the hopper off of the surface. It wasnt until he doubled the 3 wt over that I realized it was a big fish. Im pretty sure thats the biggest Ive ever caught in the sunfish family. I had a cut on my arm that was 11.25 inches from my finger tip and it was covered by the fishes tail. Im confident that fish was 11.5 to 11.75 inches. The pic just doesnt do it justice.