Got out for a solo outing after our rain yesterday.  Water has not really risen much, but was getting muddy on the VA shore from the creeks.  MD side was mostly clear with some particulate in the water toward the shore.  I got out at 7:30am.  Nice and cloudy , but not foggy due to breeze from the NW.  I worked my way up carefully and fished the area I hooked the walleye last week.  After a good hour or so, I hooked a 16" walleye on a swim bait. 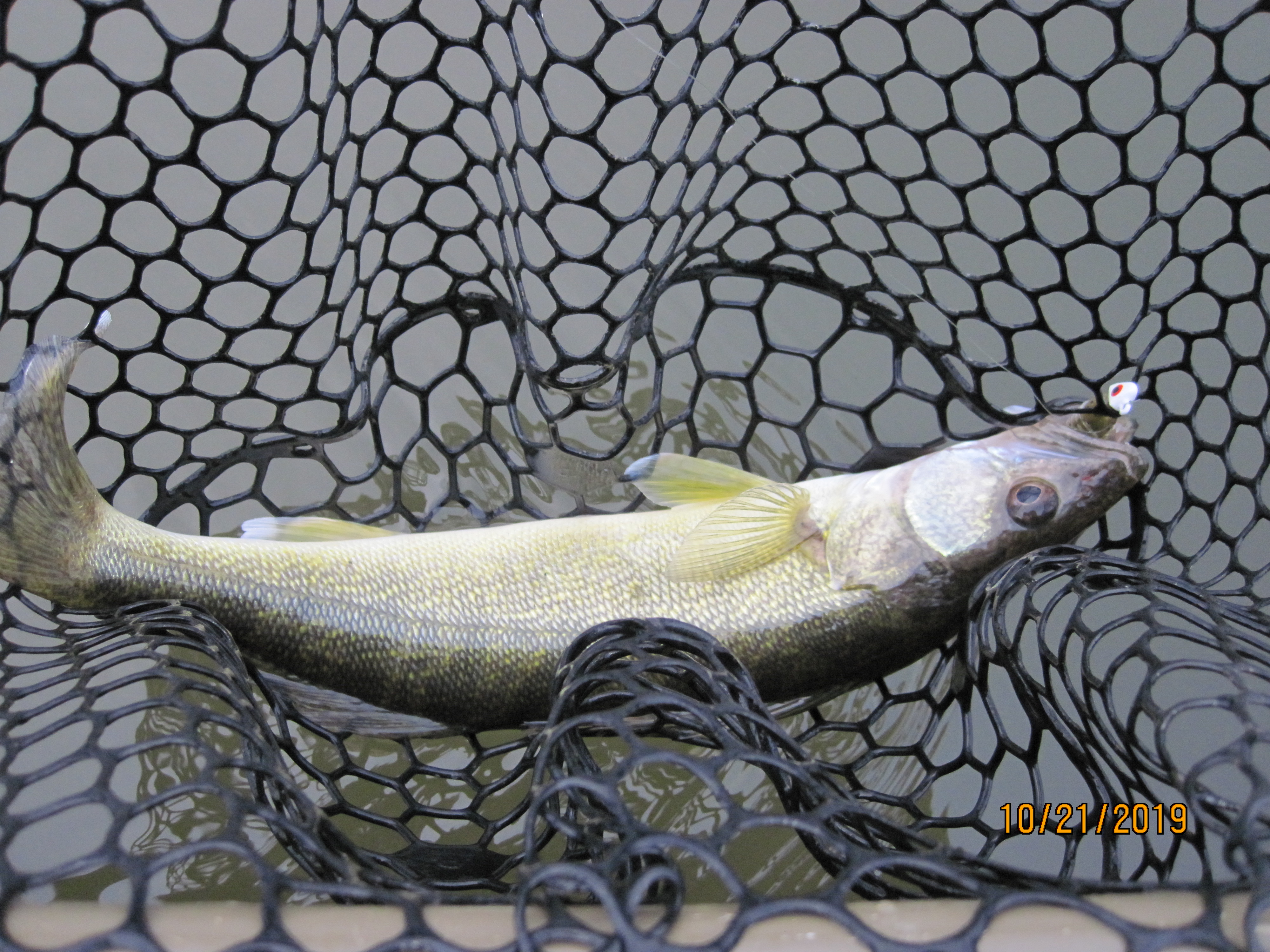 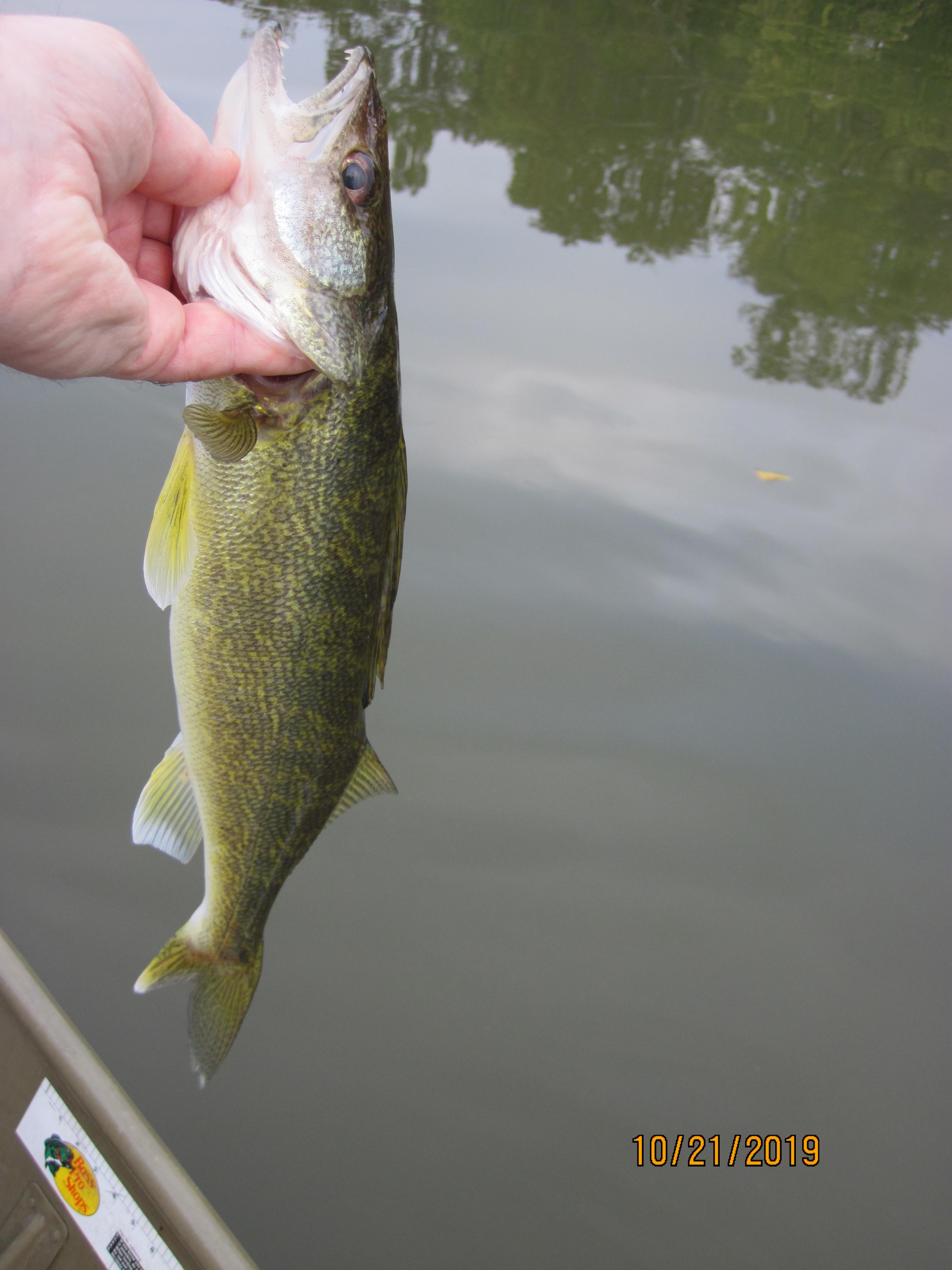 A few casts later, I hooked a 14" walleye in the same area. 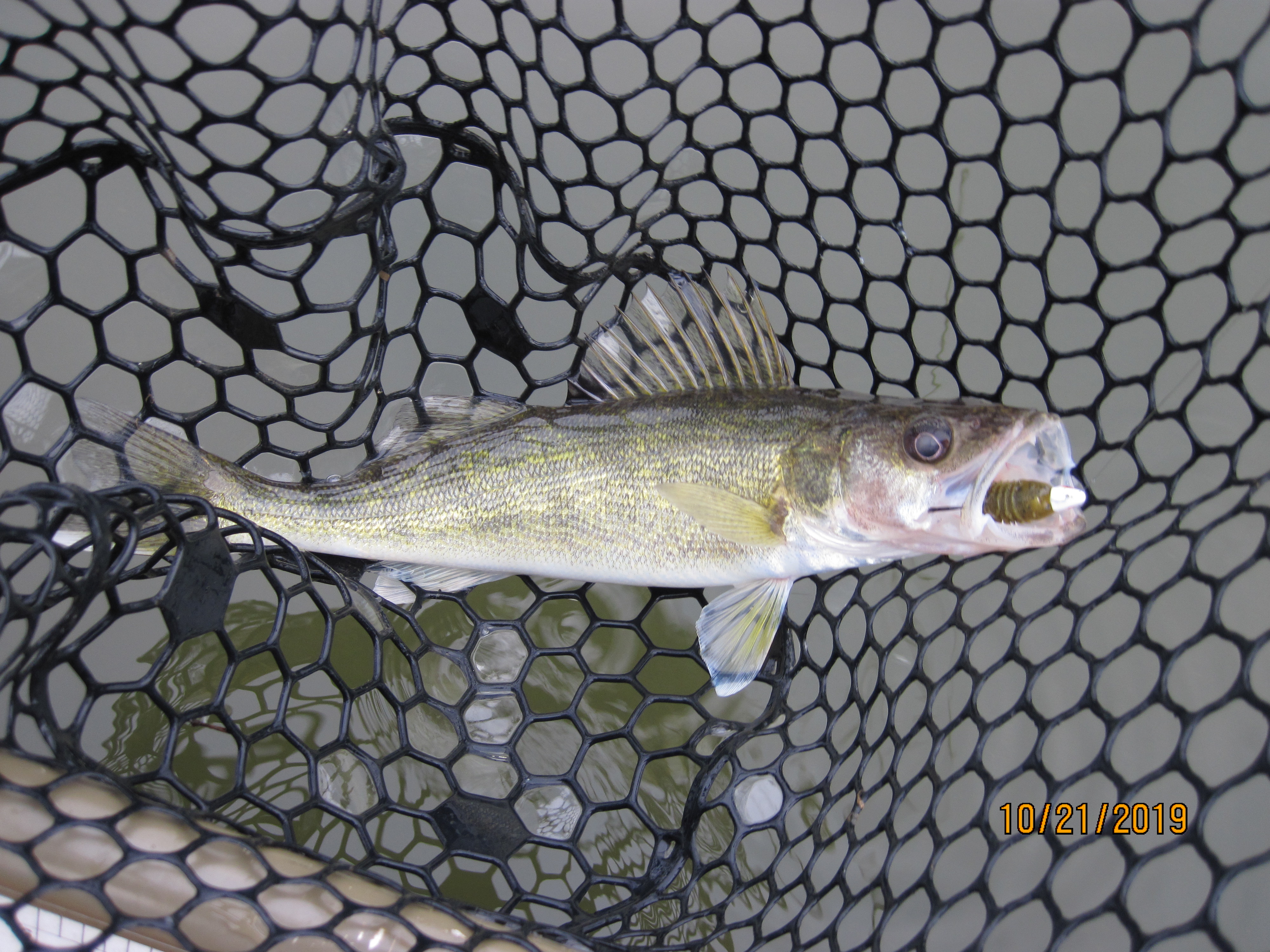 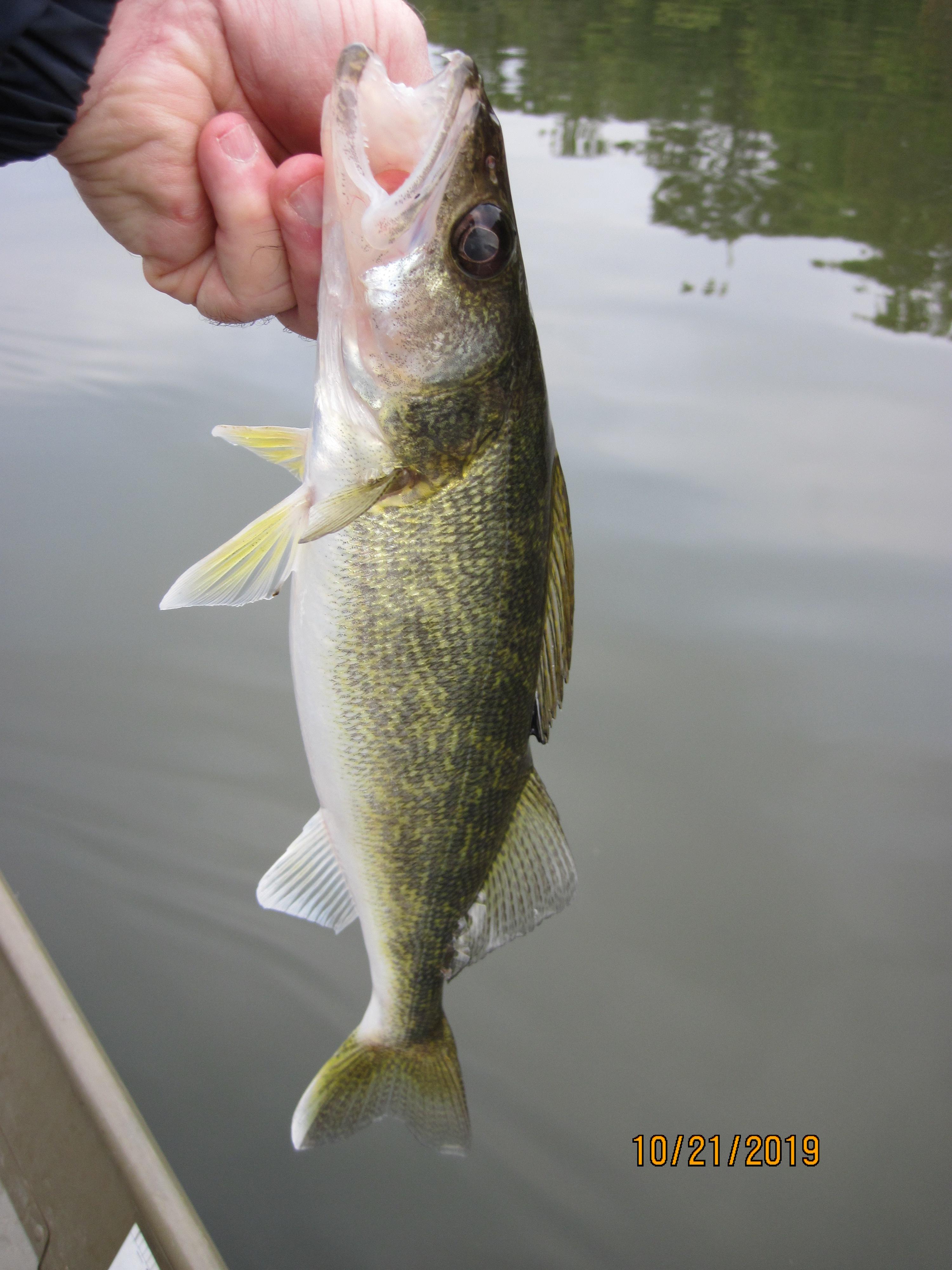 I guess there are a few in that section.  I dropped back a little bit and made a cast toward the middle of the river where I saw some surface activity.  I hooked a hefty 15" smallie. 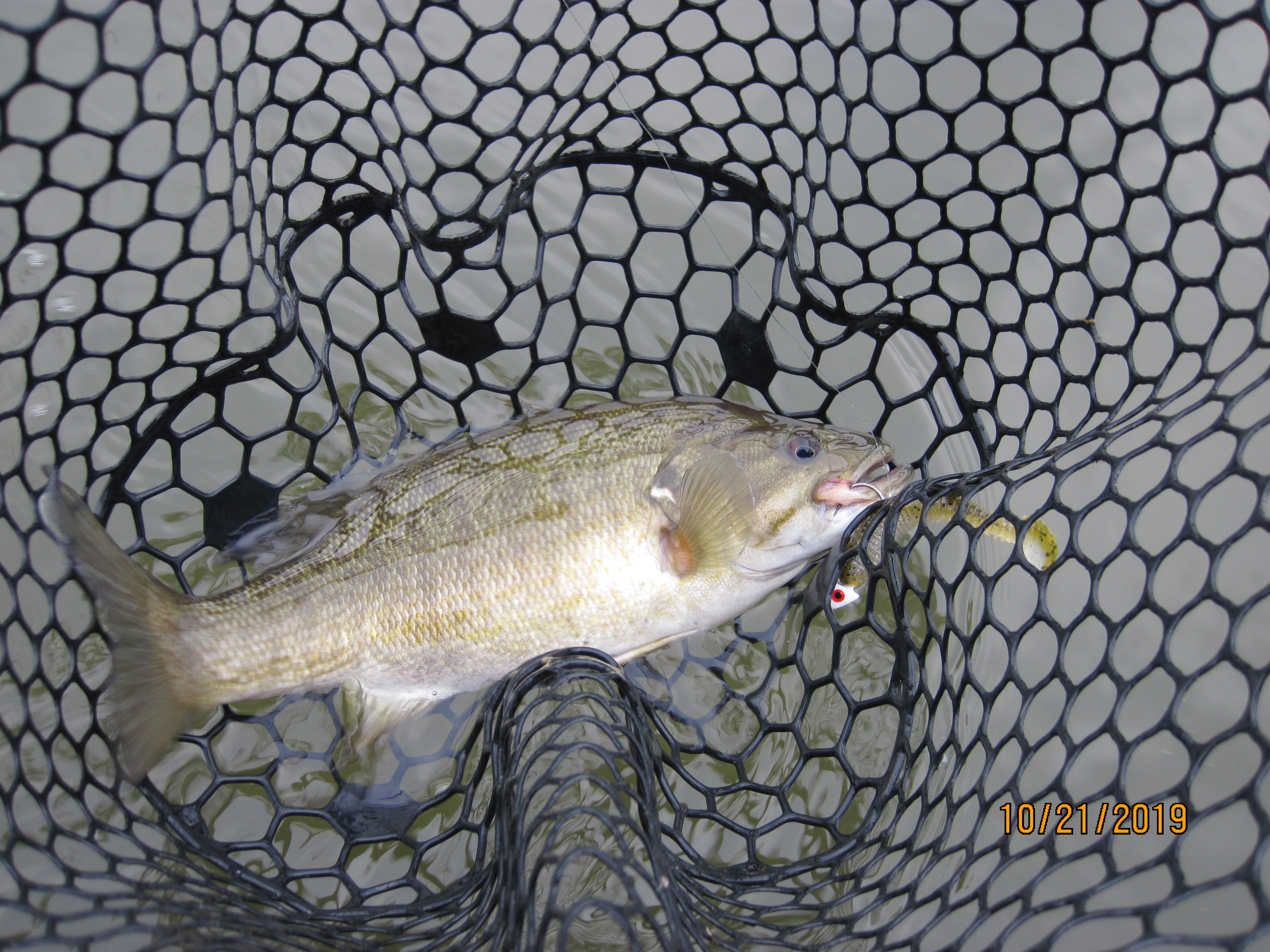 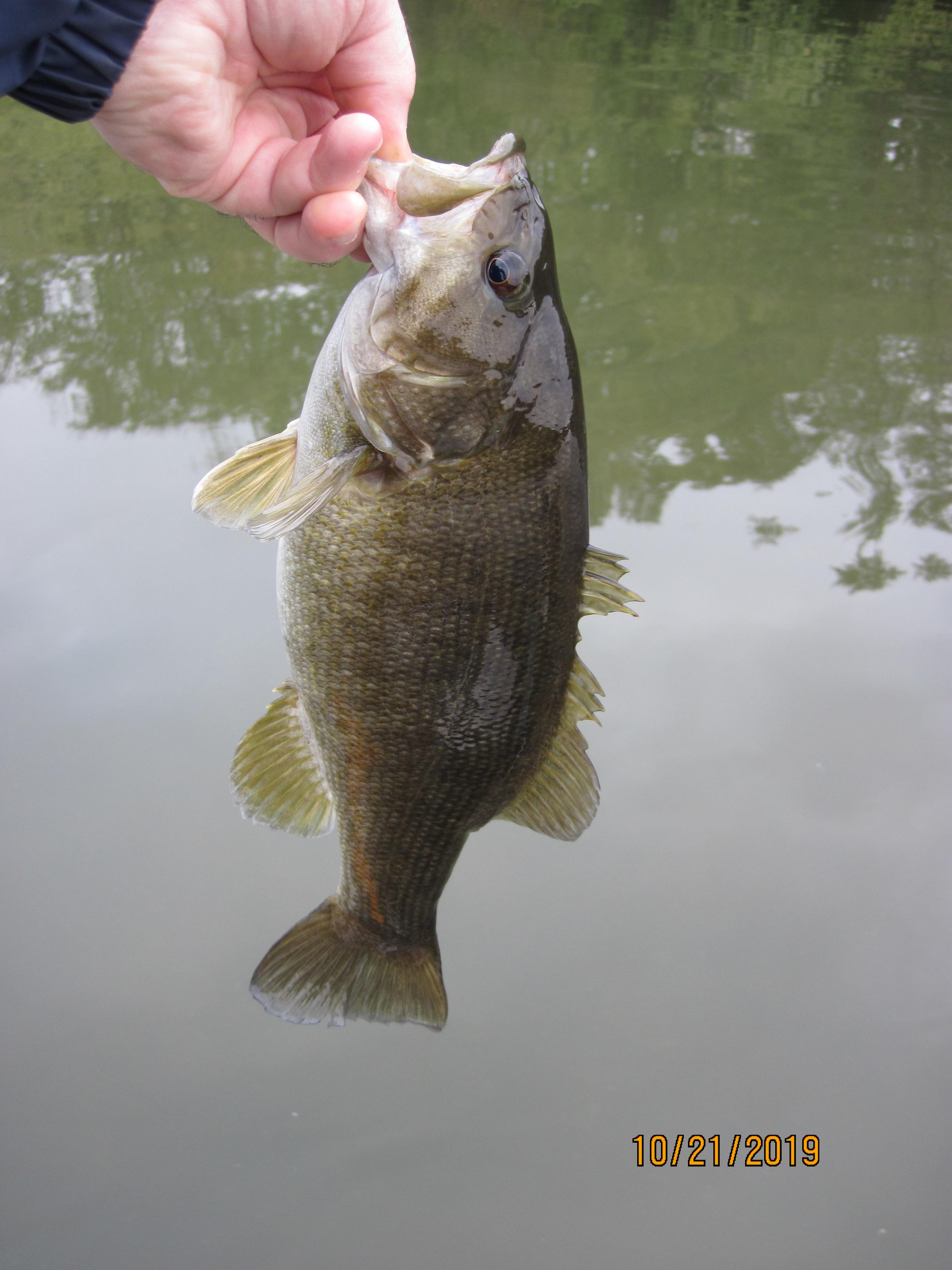 After working that area back a bit with no bites, I decided to use the TM to move upriver a little.  As I was reaching the area I was seeing some surface activity, I spooked a huge school of fish.  I was a mixed bag of catfish, carp and suckers.  I cast to the outside edge of where they were swimming toward and hooked a very hefty 16.5" smallie. 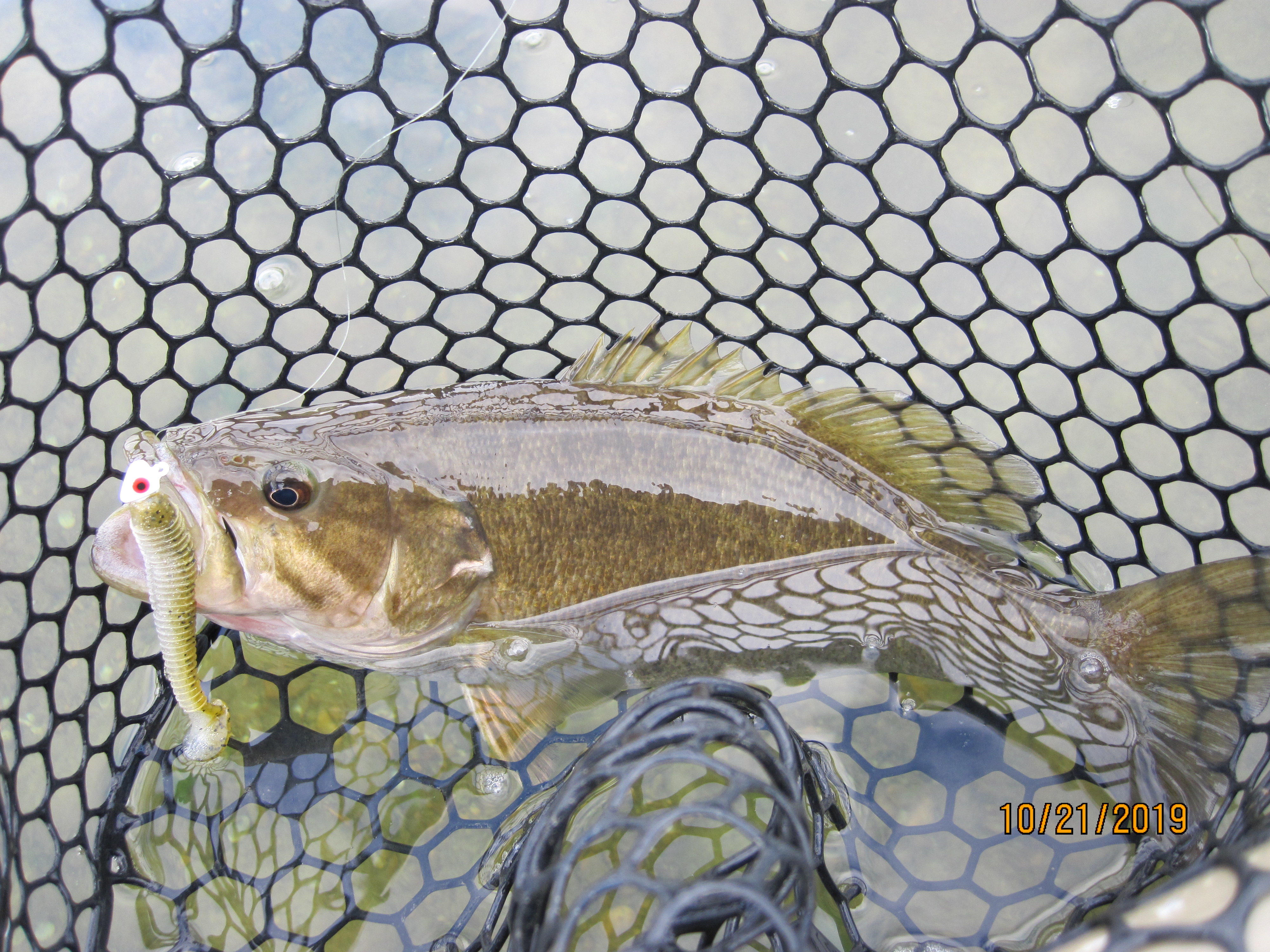 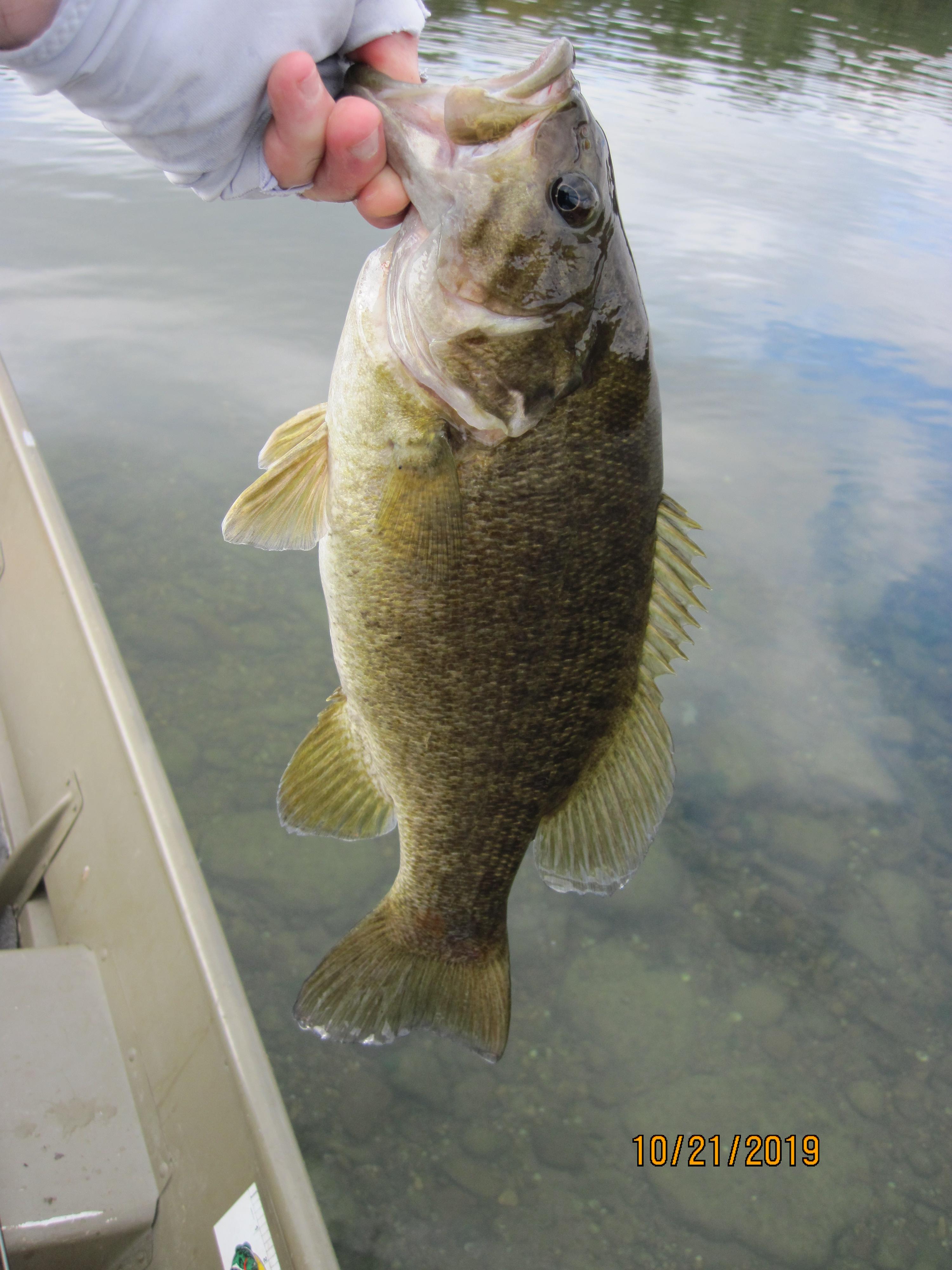 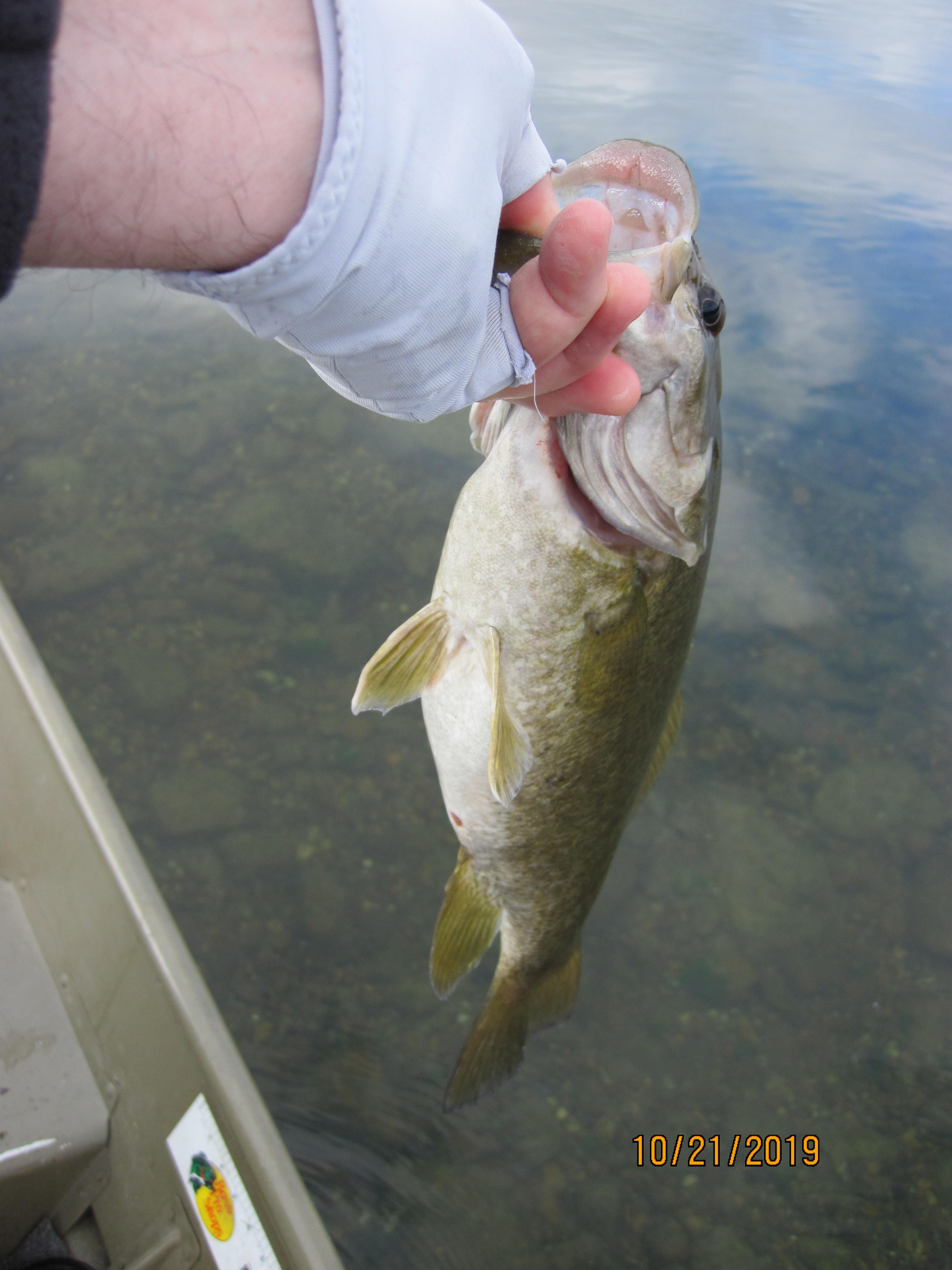 I was very happy to see there were healthy fish in the river.  Scattered, but eating and active.  Water temp started at about 54 degrees on the surface before the sun came out.  All fish ate the same swim bait.  I moved further up river with the TM and fished until about noon, but no more bites after the sun came out.  Huge schools of small catfish and scattered groups of carp and suckers.  I also saw schools of minnows and maybe smaller catfish fry as well as the striped suckers Ernie saw last week.  Water is still too skinny, but with more rain coming tomorrow, we might get a decent level soon.  Total catch was 2 walleyes and 2 smallies.  I got off the river by 12:30pm.

Hmmm...I guess I am going walleye fishing next time I go out. Interesting. Nice catching!

Nice. I had no idea there were walleye here.

Sounds like you found a nice little hole there!