Absolutely beautiful weather day today.   Full moon and we were greeted with this: 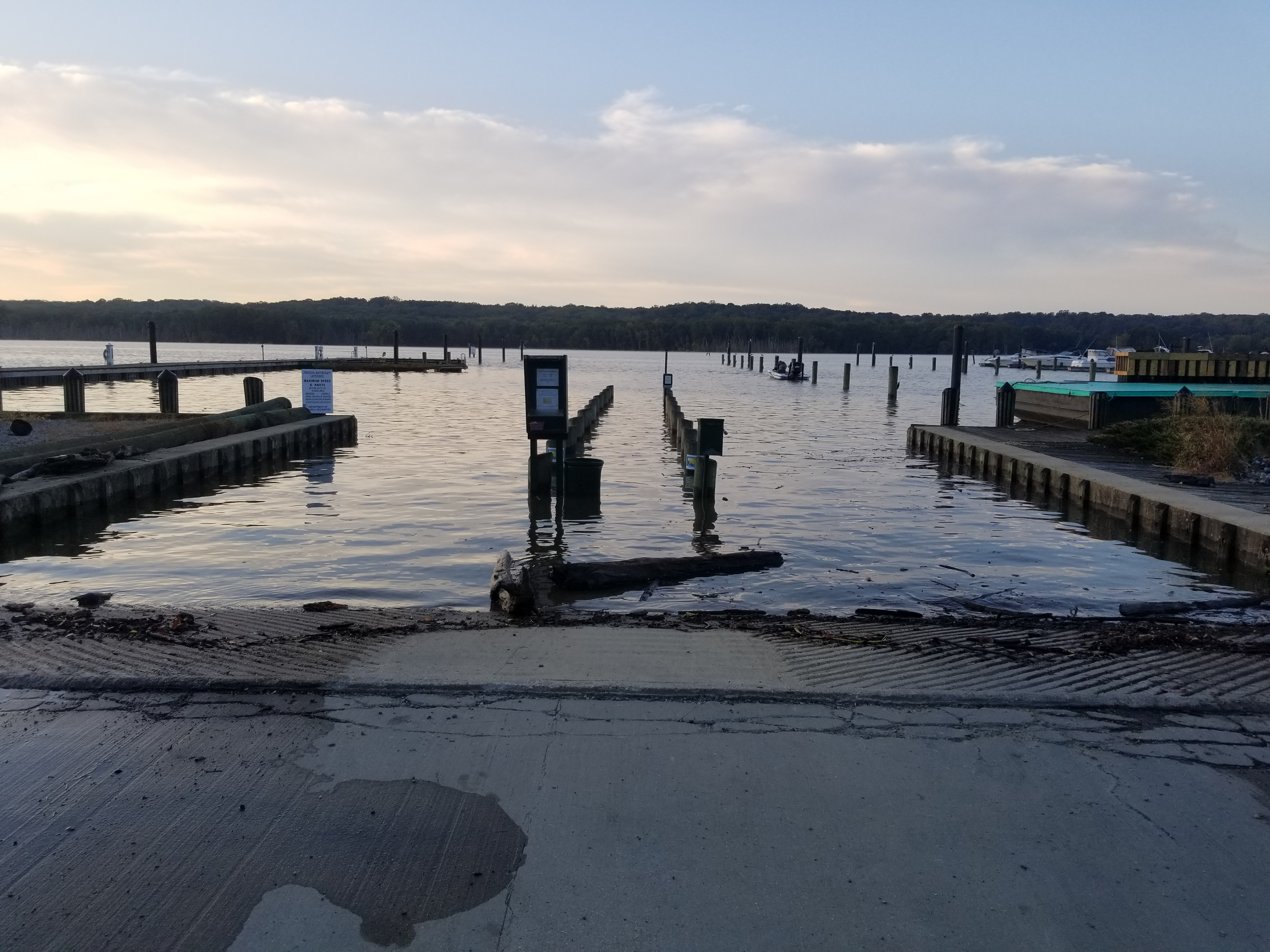 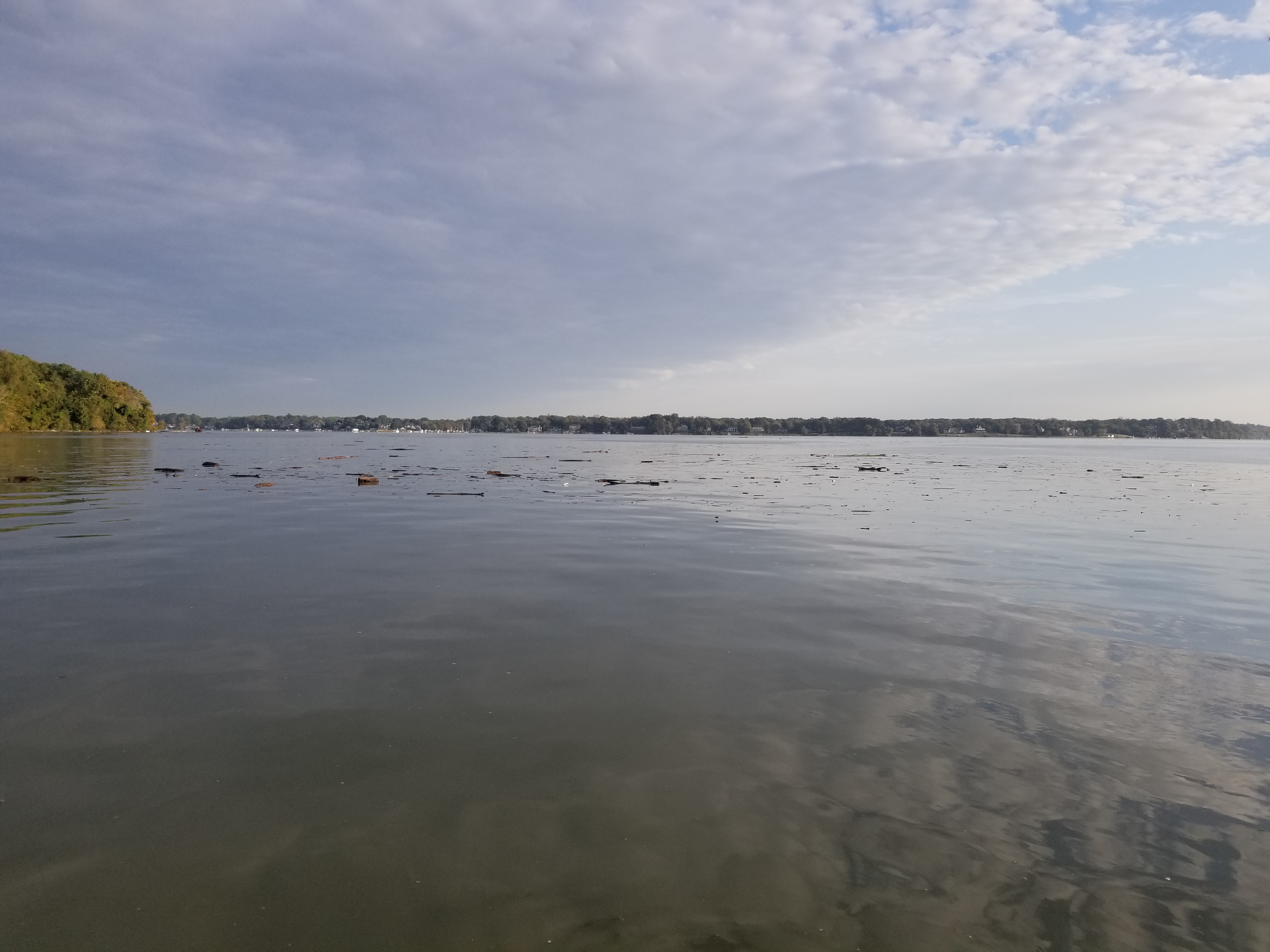 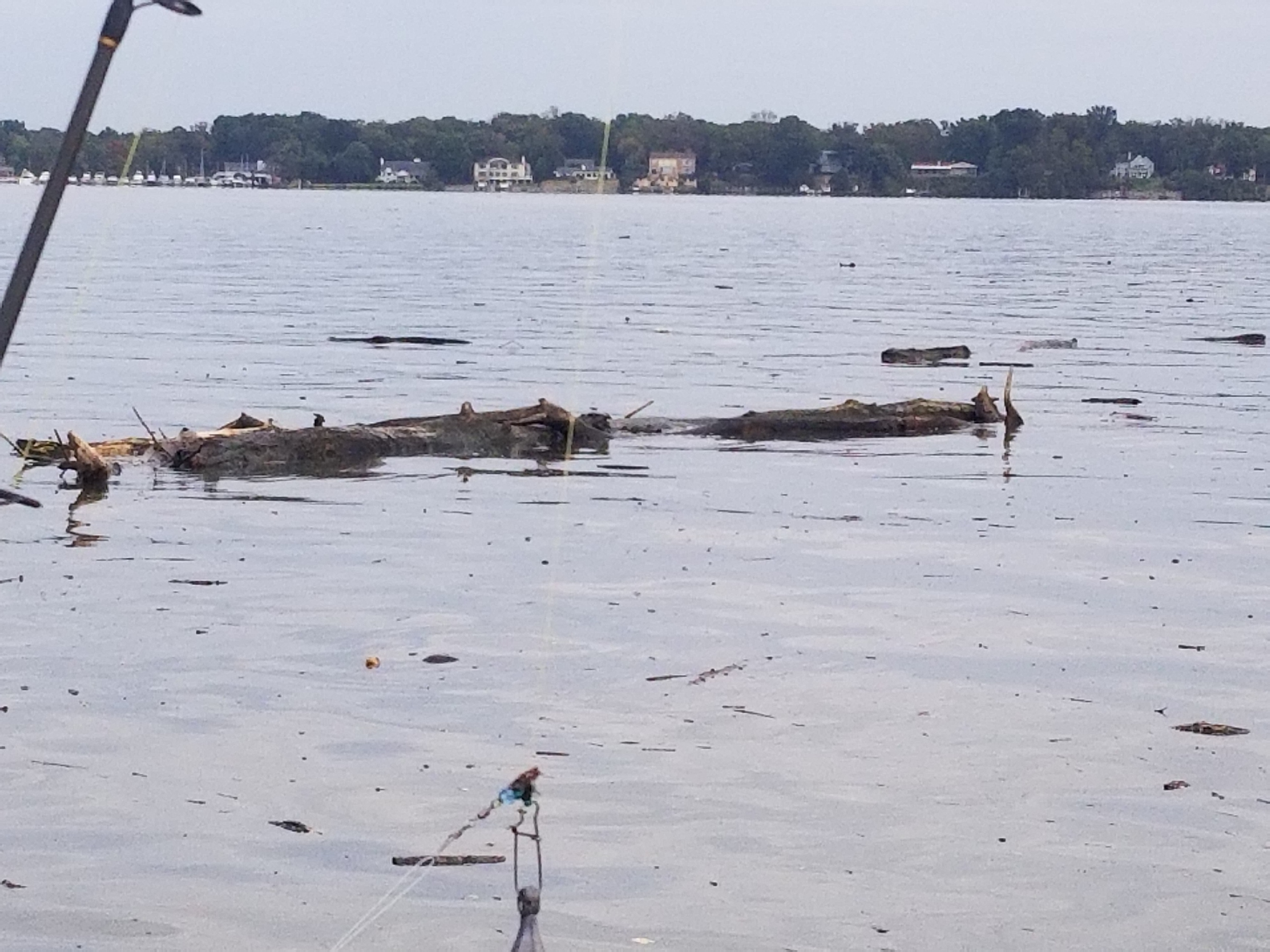 The first hour and a half was less than productive and I wasn't about to fight all this for four fish.

So,  we moved north.  The fish really weren't in the typical 8-23 feet.  Even in the first spot,  the screen was packed with fish that just wouldn't bite,  in 35-40 feet of water.  Even when they did,  it was timidly.   Same in the next spot.   All the fish were 35-45 foot range.  We anchored pretty much in the channel and had a fish on almost immediately.  One fish,  then about 15-20 minutes of nothing.  Being in the channel meant we had to fight the wakes from the Yahoos running up and down the river.  Then like someone flipped a switch,  the bite was on and didn't stop.  I'd guess 50-60 fish like about this size. 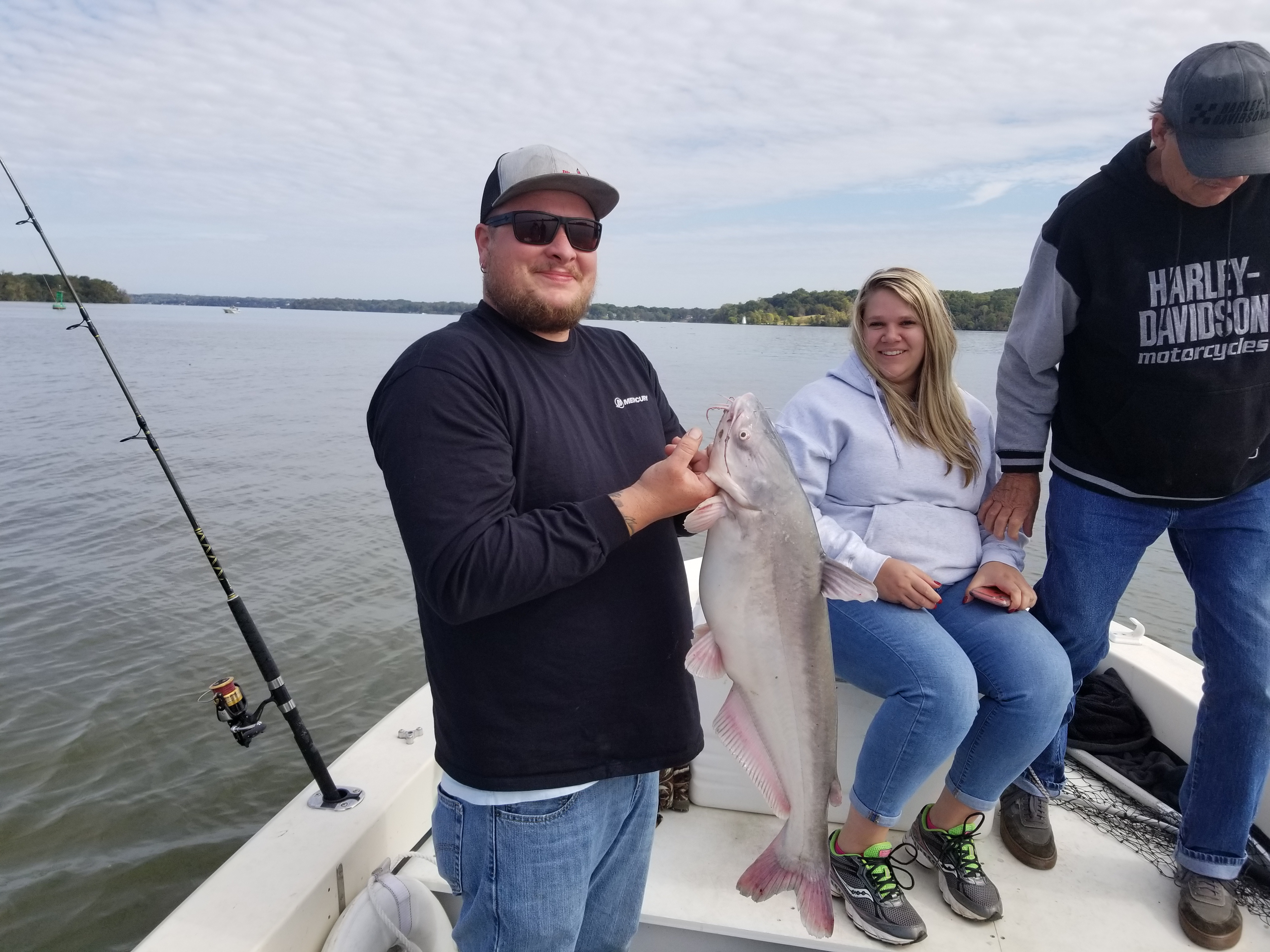 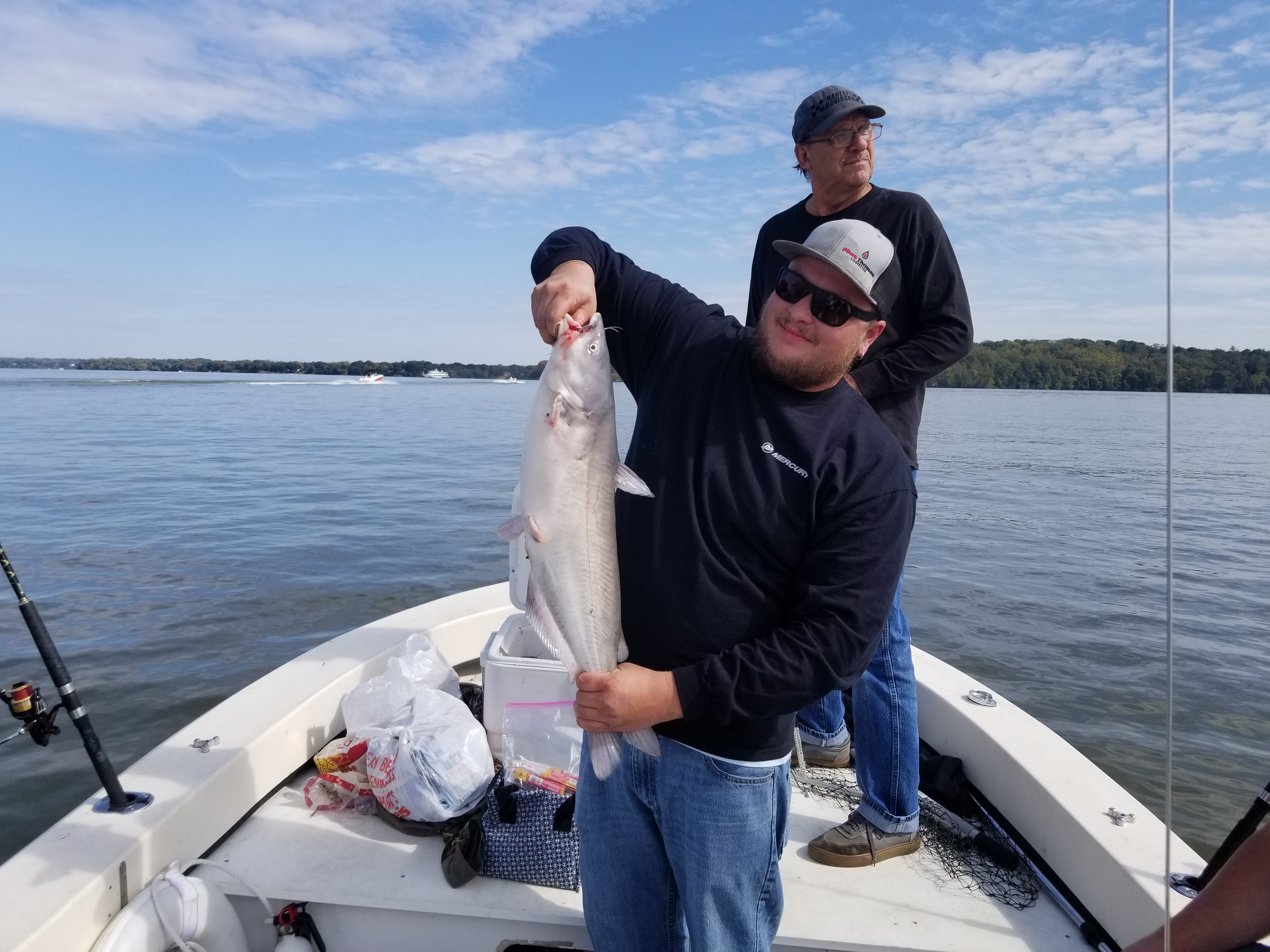 Funniest part of the day...    The cooler was absolutely packed with decent size live catfish.  At one point,  a few of them kicked and popped the lid.   A nice fish came out of the cooler and slapped Sara in the back.  She ran the 40 in less than five seconds from the bow to the stern almost knocking her dad overboard.  We all laughed about it for a while.

Dad had a big fish on that he fought for almost ten minutes.   Many drag screaming runs and monster head shakes.   The fish never came up,  just buried straight down below the boat.   Then with a "plink",  it was over,  pulled the hook.  We never even saw the fish.  We all breathed a sigh of disappointment.

Another great trip with Mack and his crew!

Hunters moon did this! And I understand we have another big moon coming up later. I hope there is no Nor'easter in the makings or it will be a flood event.

But...none of this affects the UP and we still ahve no water.


Great job on the cat catching!