Today, along with John Lipetz, Joseph Weiler and David Hu, I had the honor of serving the residents at the fishing event at the Armed Forces Retirement Home in DC. Our nations finest!

They have a really nice pond that produced very nicely for them today.

These residents had a blast.

We probably had close to 30 folks there but not all of them fished. But they all enjoyed the outdoors as it was a spectacular day! 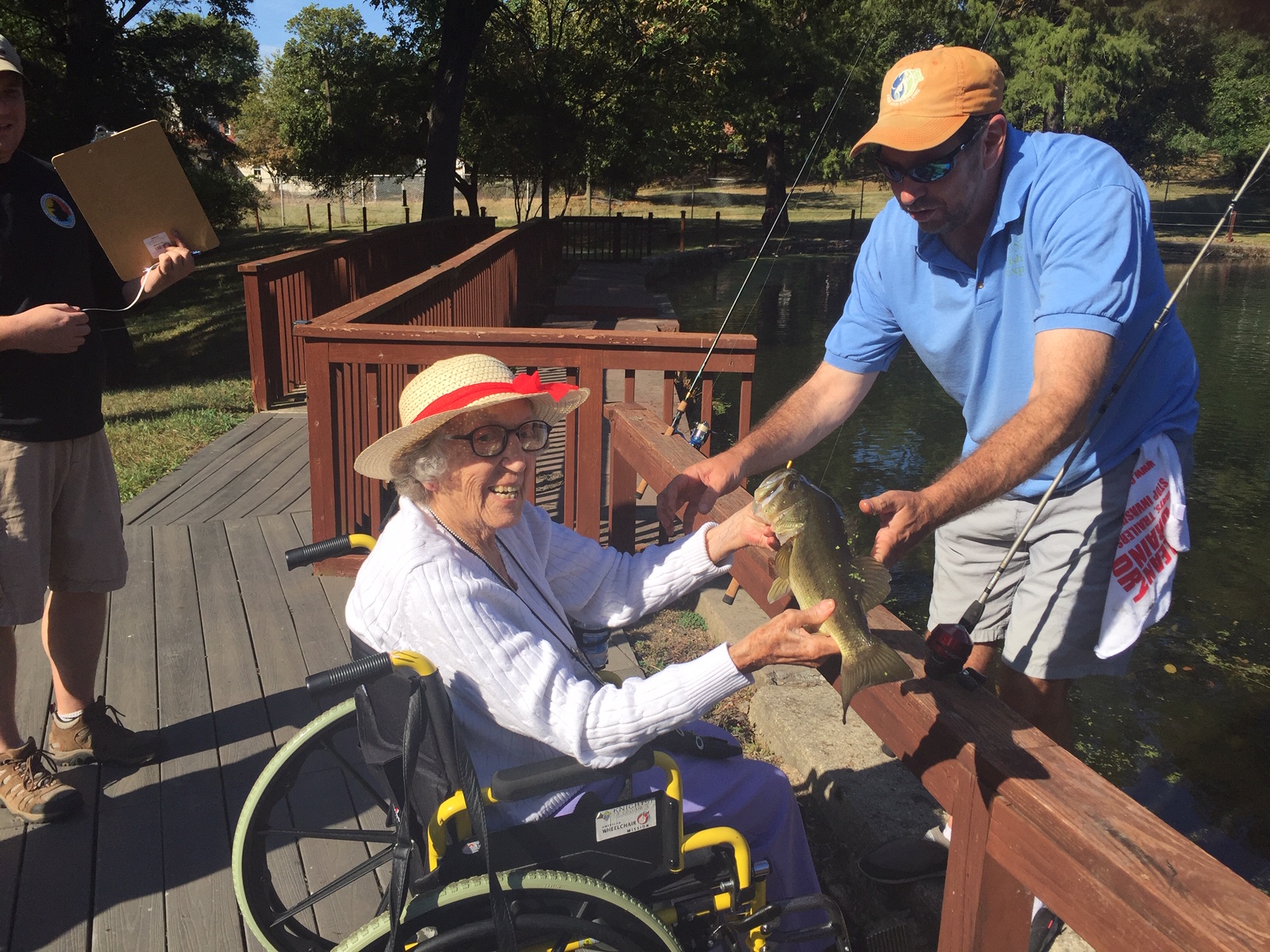 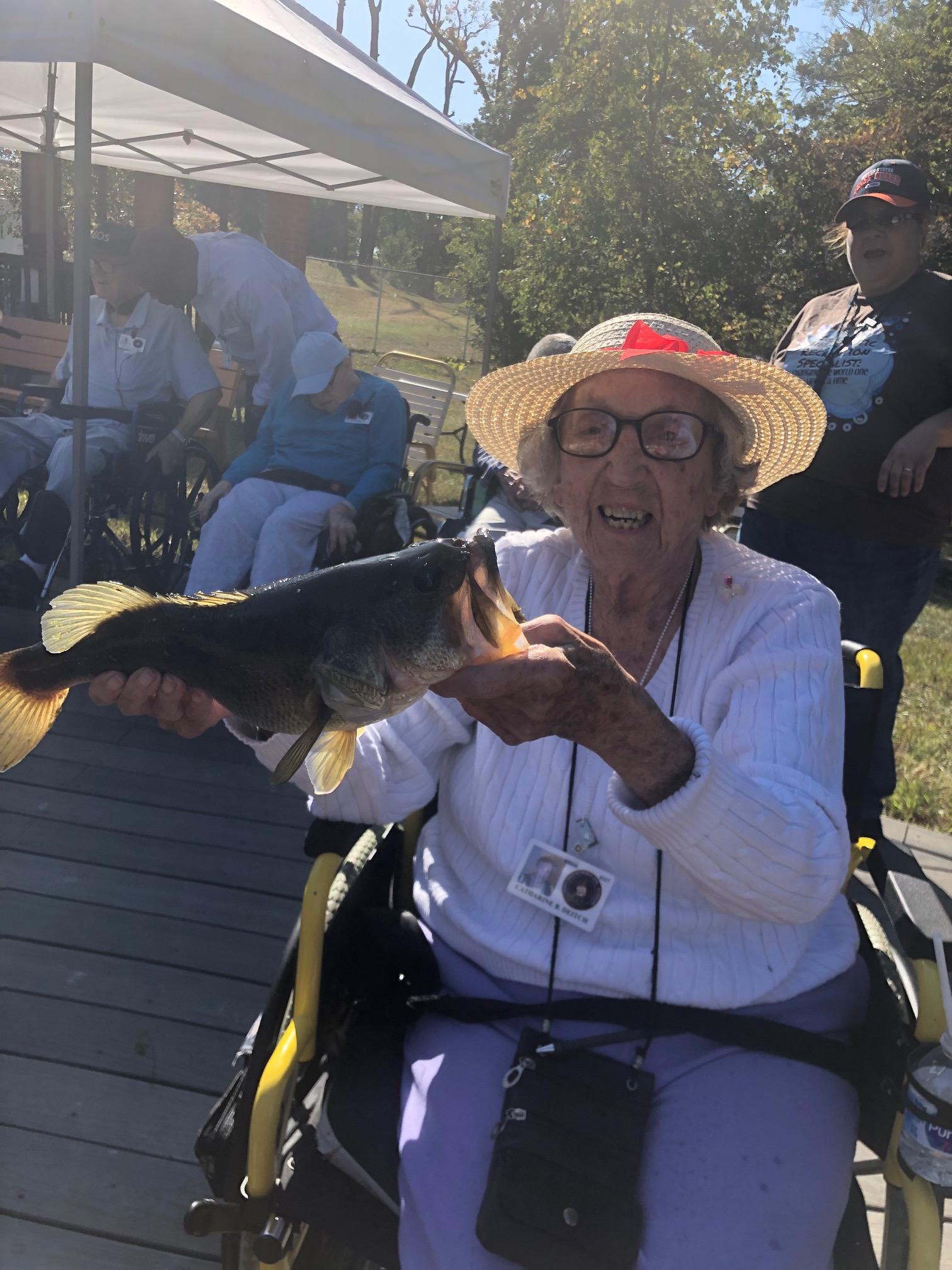 This lady served in the WAC in WWII. She spent many years in Calcutta, India. If you talked with her, you would never guess she's almost 100!

Another cool  moment was with Joe. I saw him just kinds hanging around and asked him if he wanted to fish. He said, "I've never caught a fish before". OK...game on. After teaching him how to cast a closed faced spinner, he proceeded to catch 3 fish (he took the "most" prize). One was 17", the next was 18'5" and then he caught a 20"er! 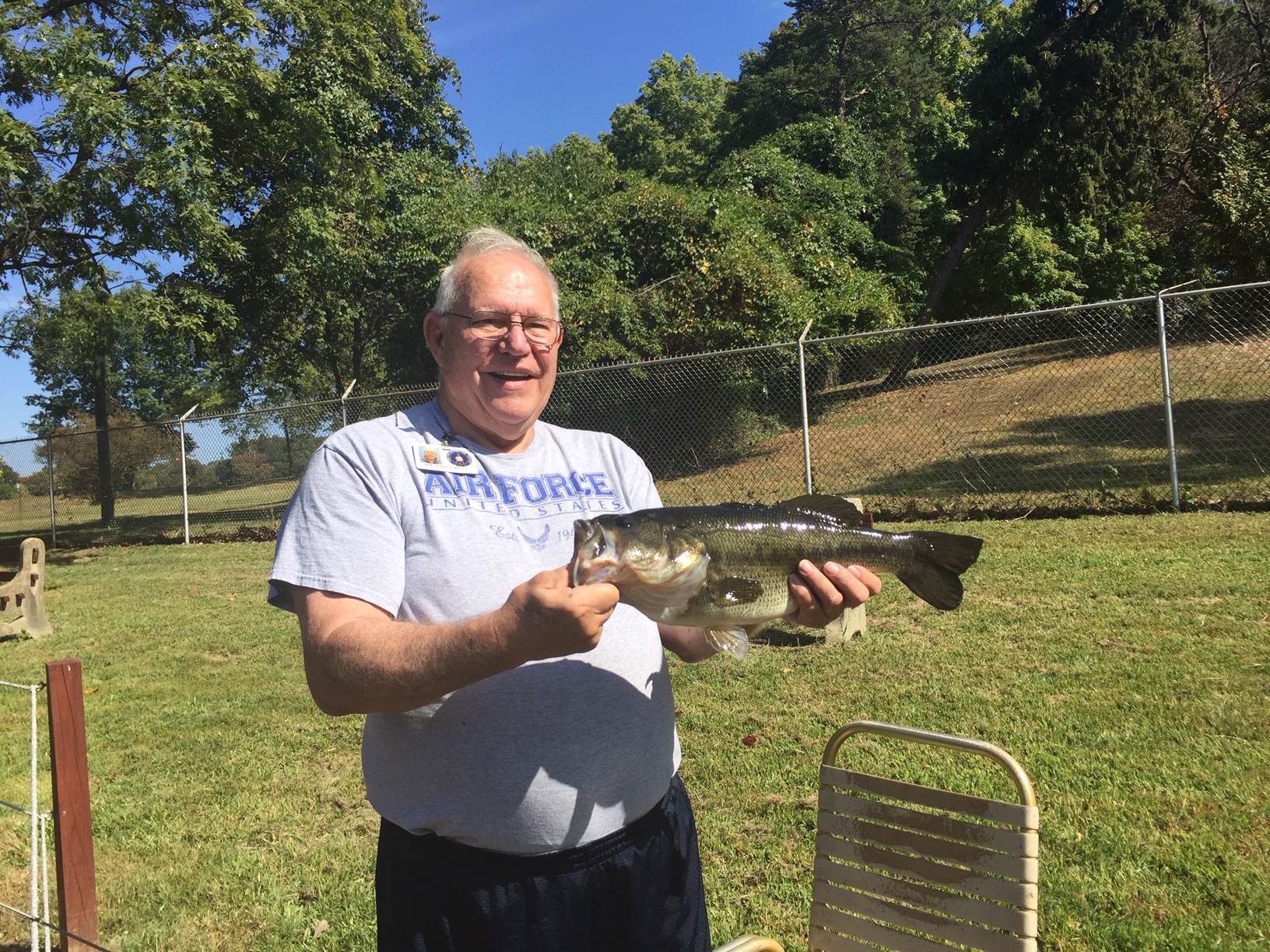 He said, "I like fishing, I need to do more of it"!. Man, those were 3 very strong fish, all caught in a 90 minute period using a wacky worm under a bobber. Yep, under a bobber. That was the bait that caught most of the fish!

I did have to tell Joe that it's usually not that easy... 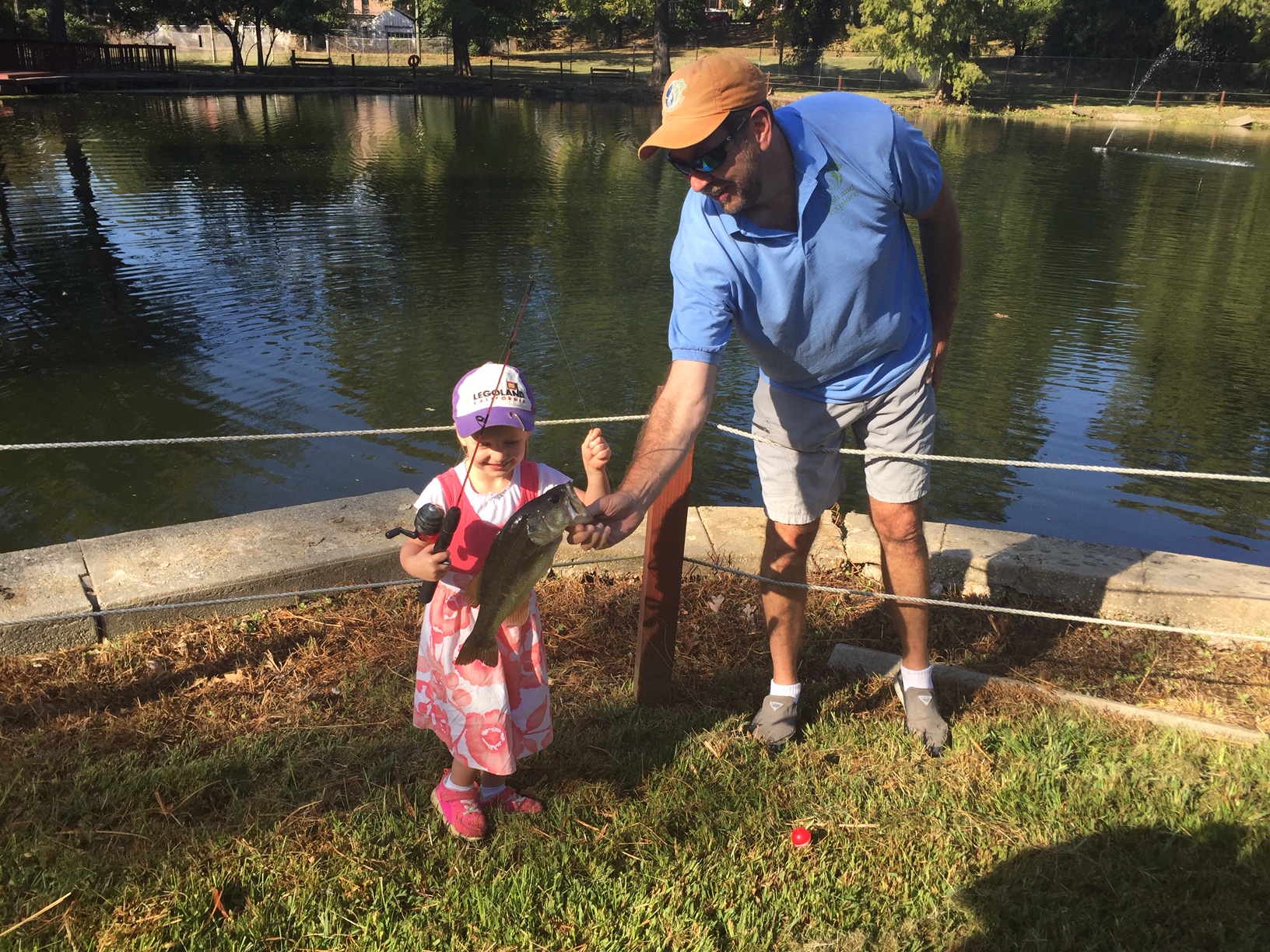 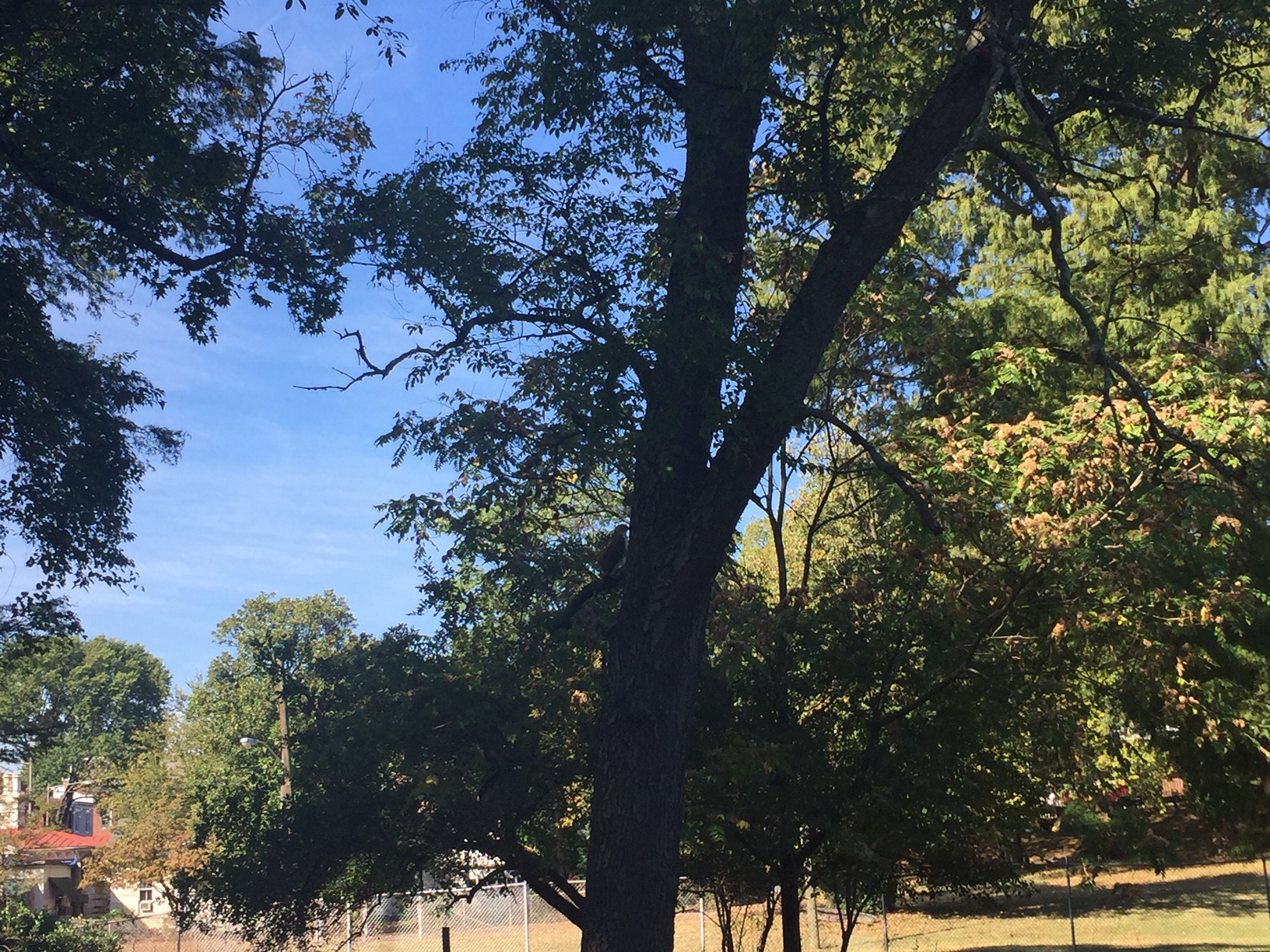 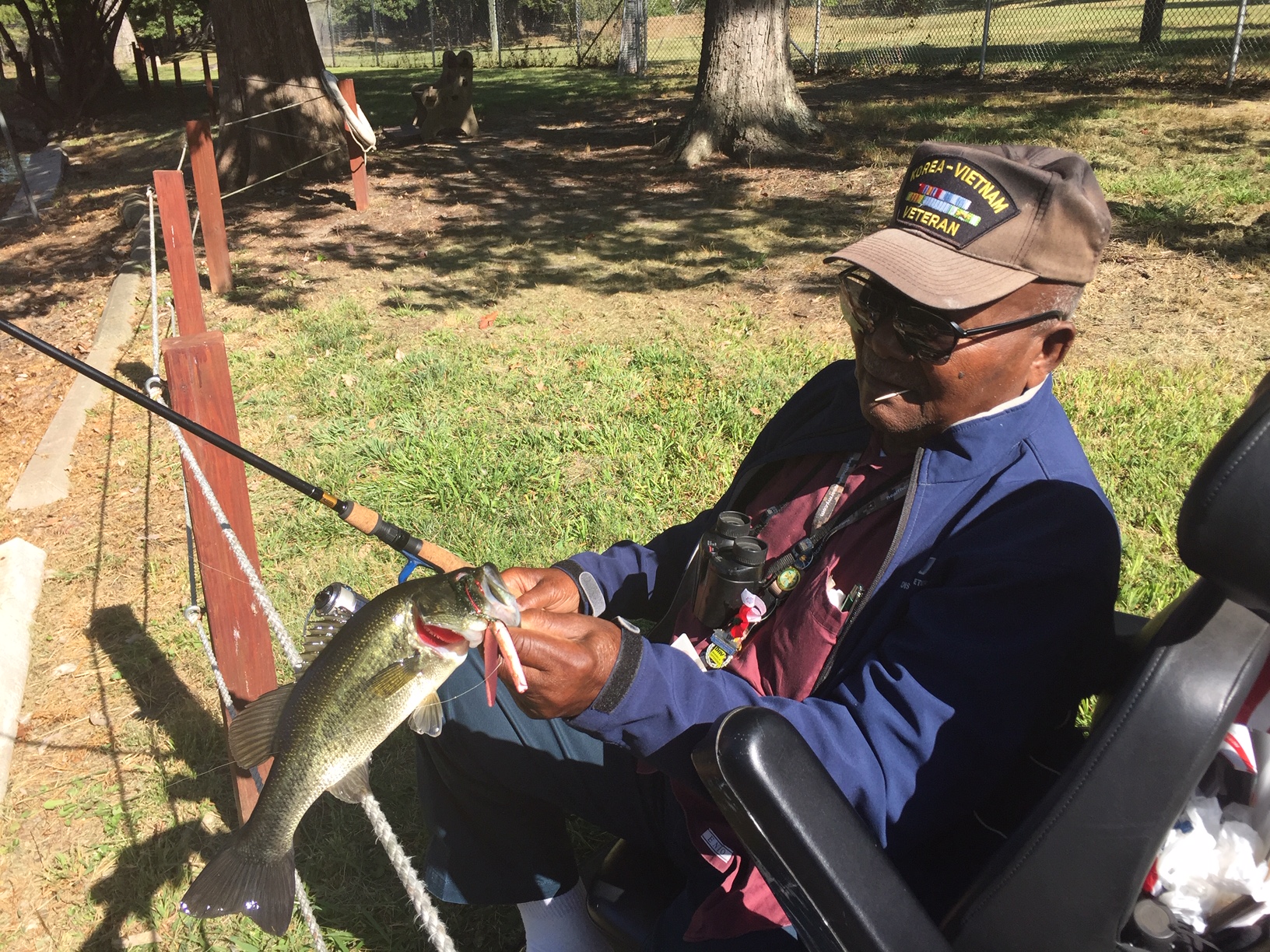 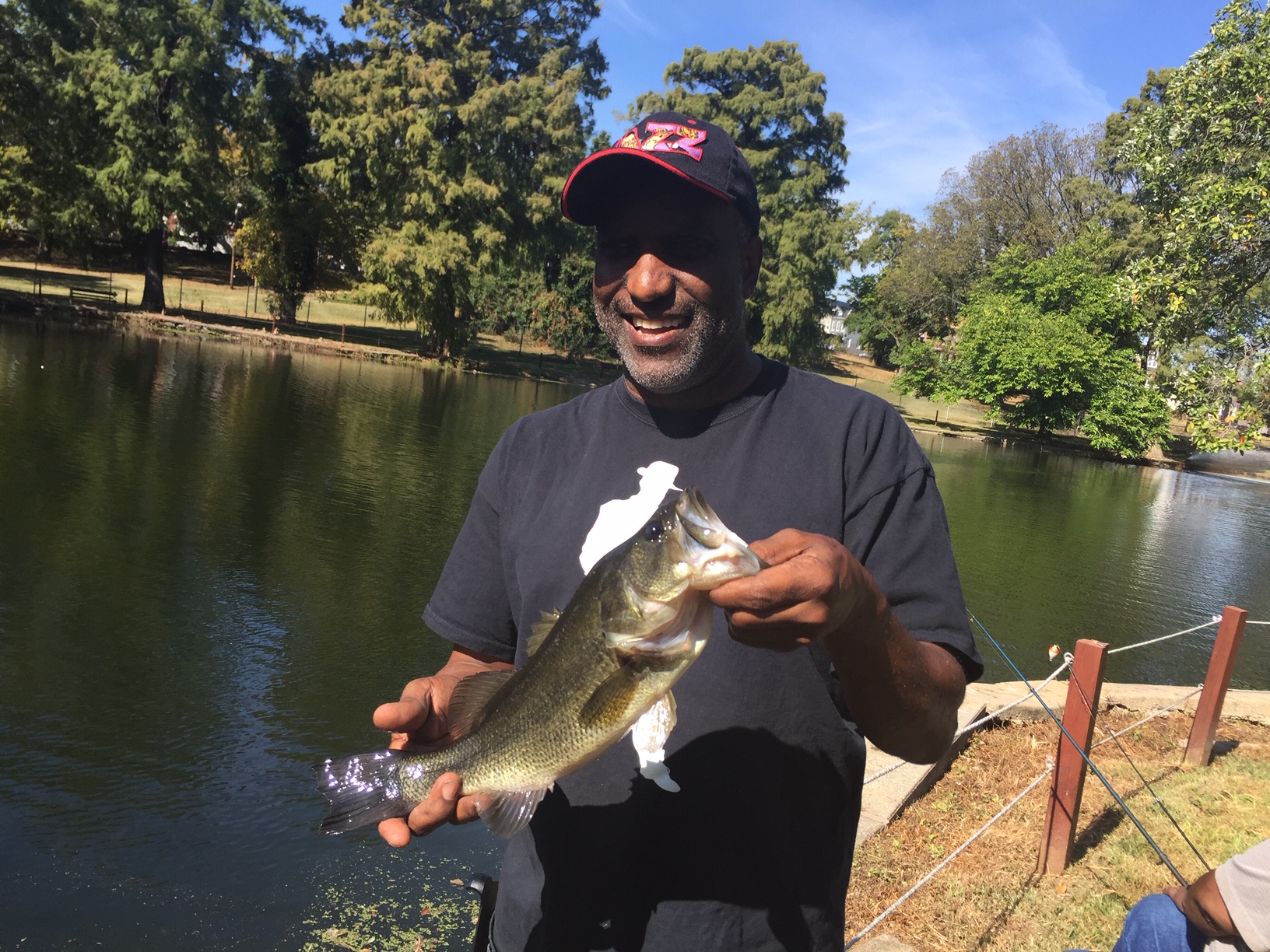 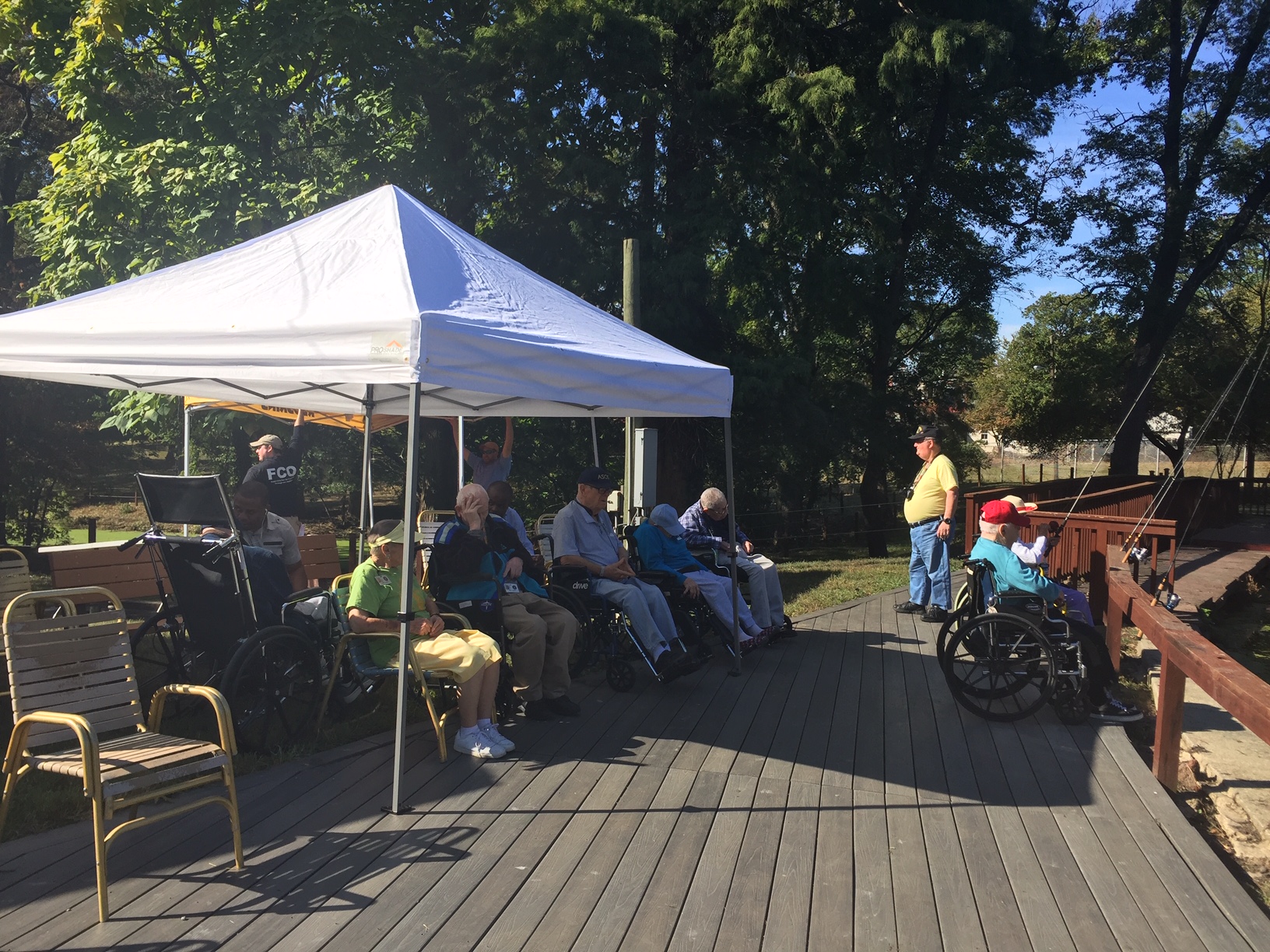 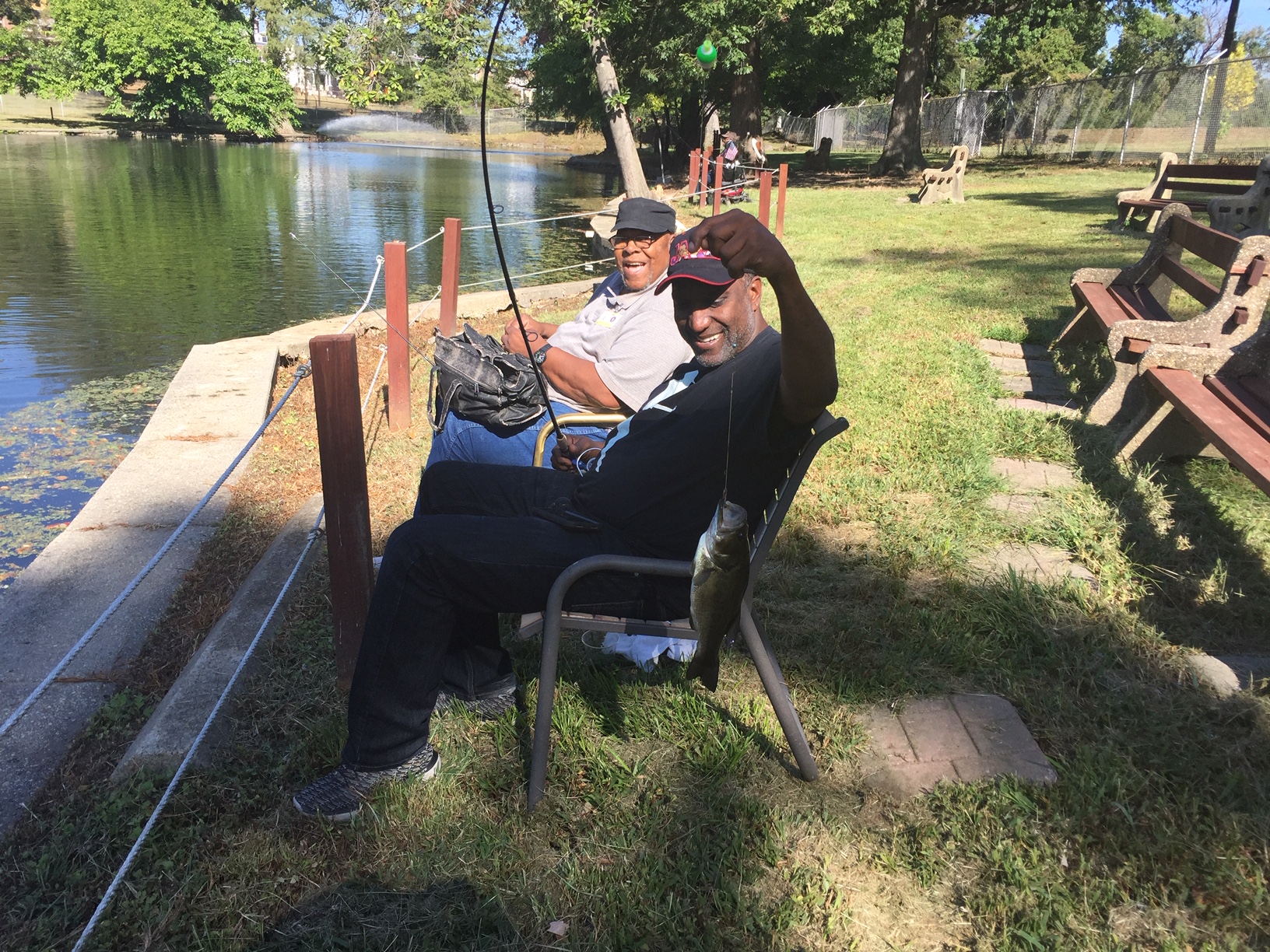 I caught this one before everyone got there...got whacked on the wacky so I changed up most of the sticks to a wacky. 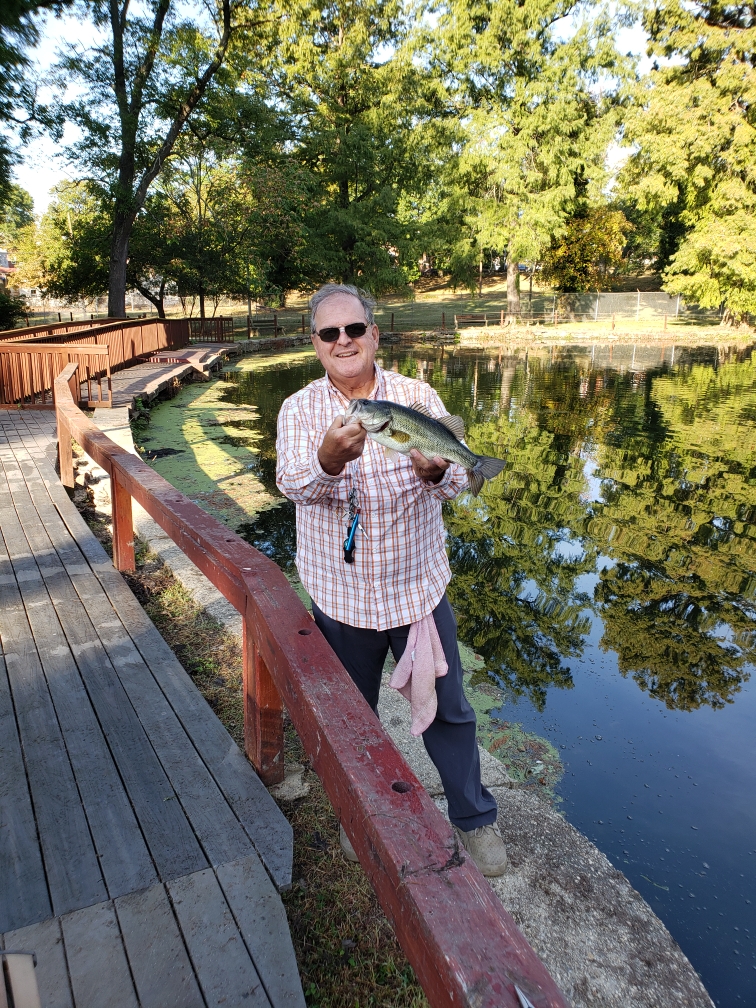 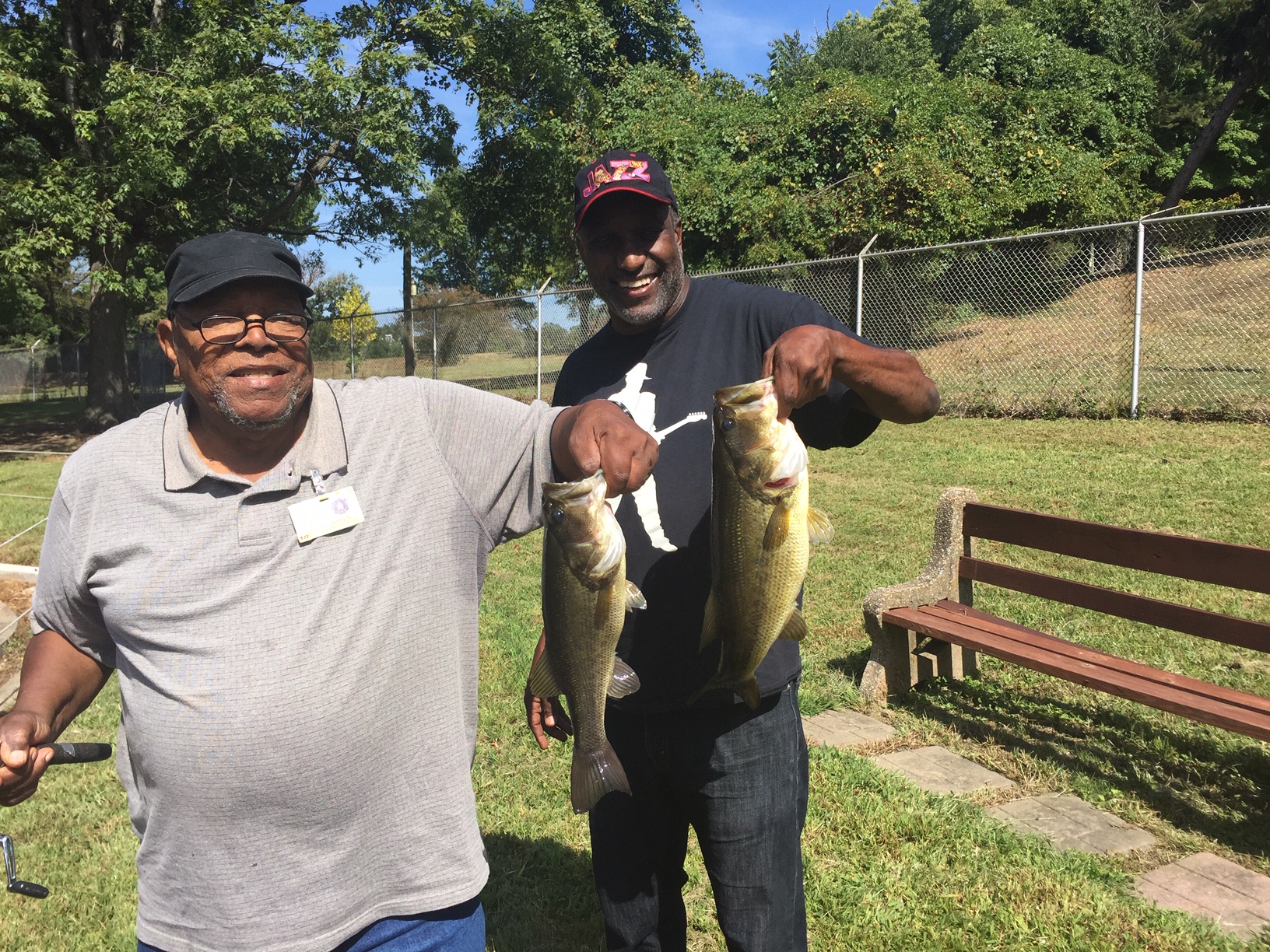 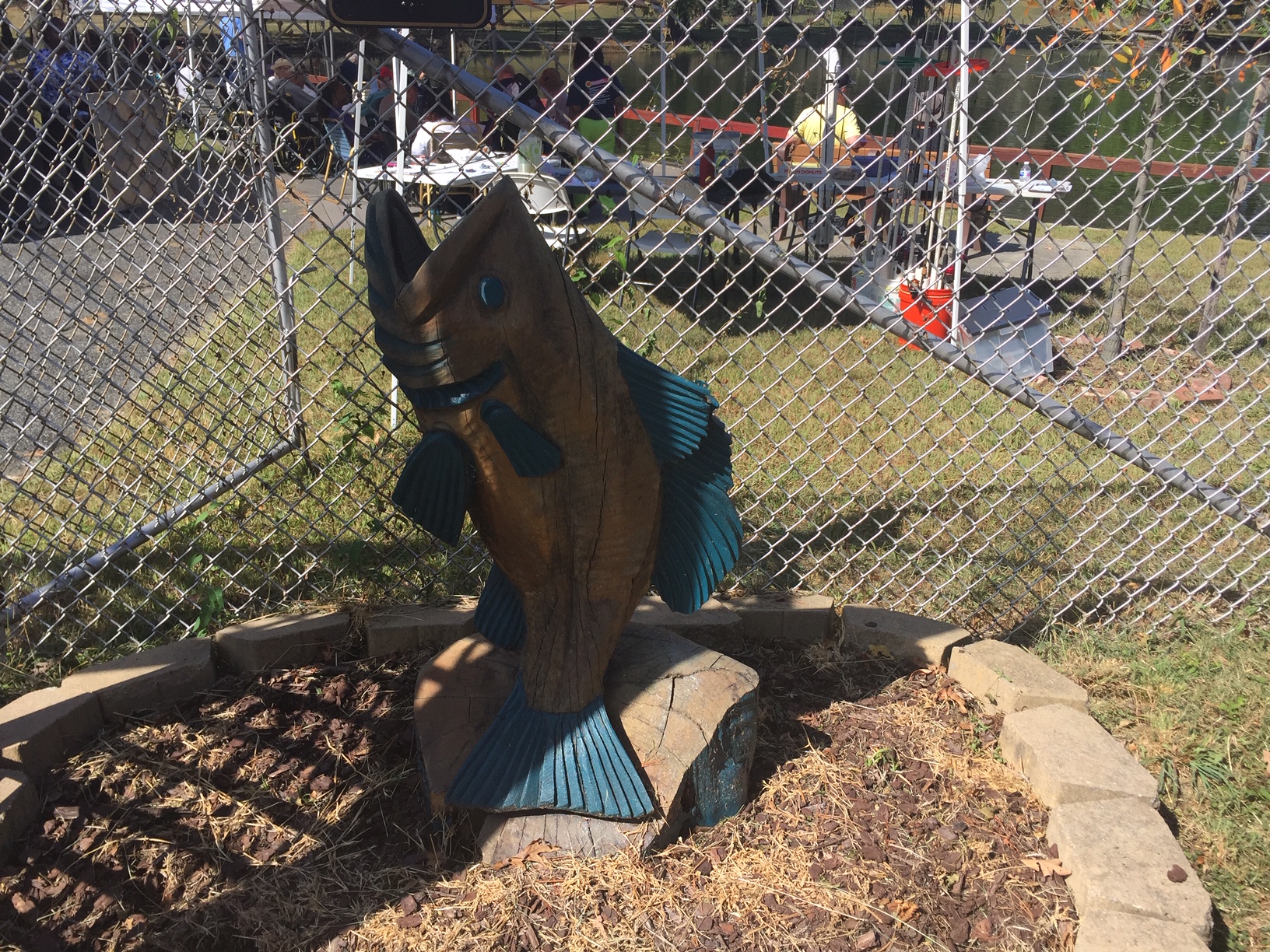 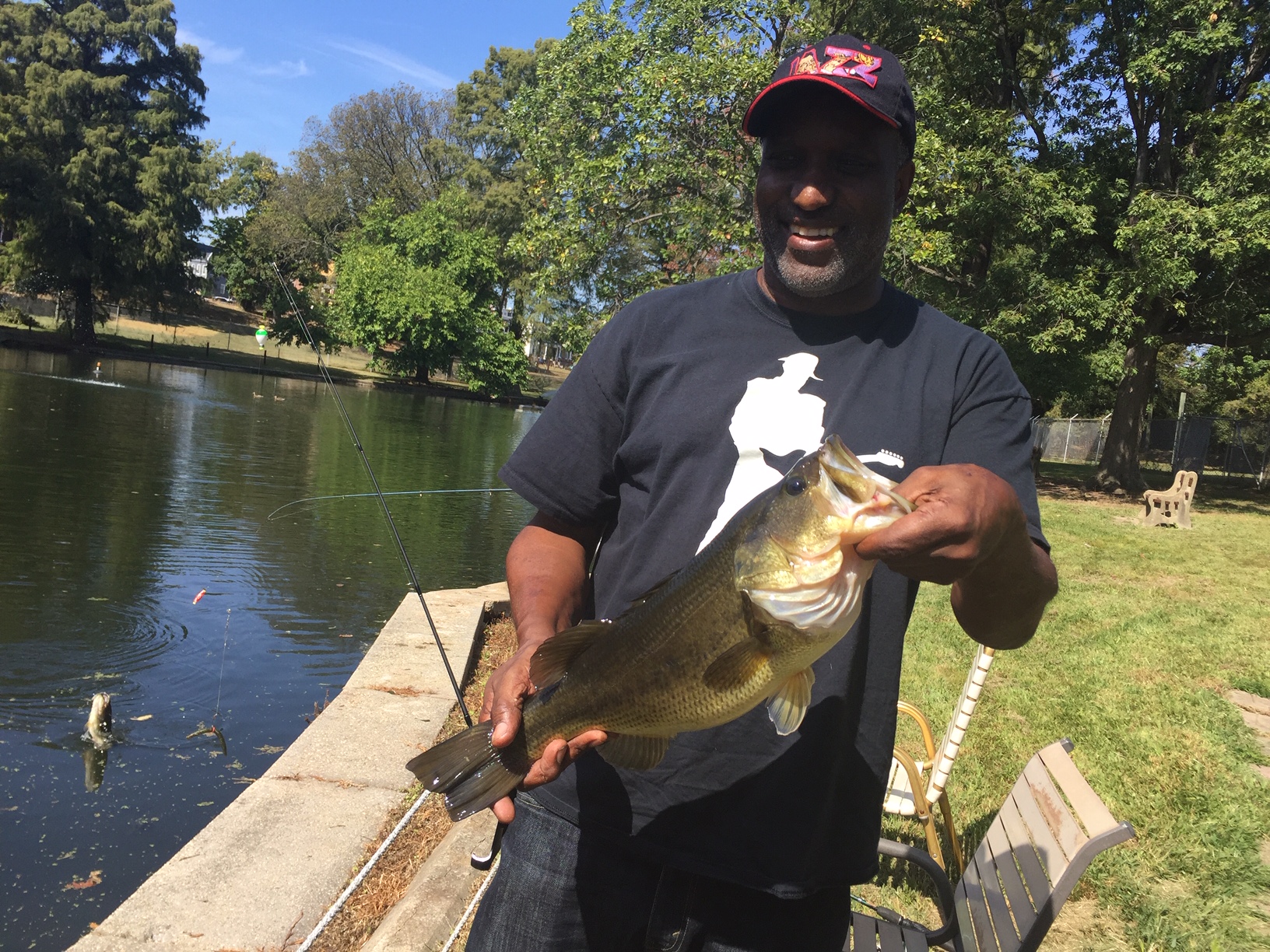 You guys did great.  What an awesome event!  Great story and smiles.  Big fish too! 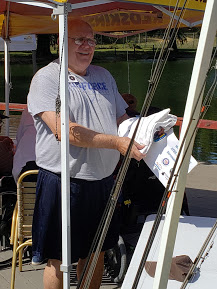 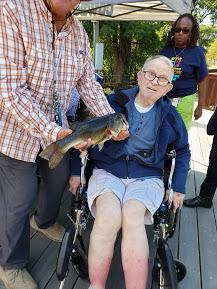 Have to check into that place if Dad comes East again

Have to check into that place if Dad comes East again

Let me know if you need to look into it...I know some of the folks that work there.

A couple more pics from the event. The 1st on is me doing an imitation of Mike Iconelli when he lands a fish! 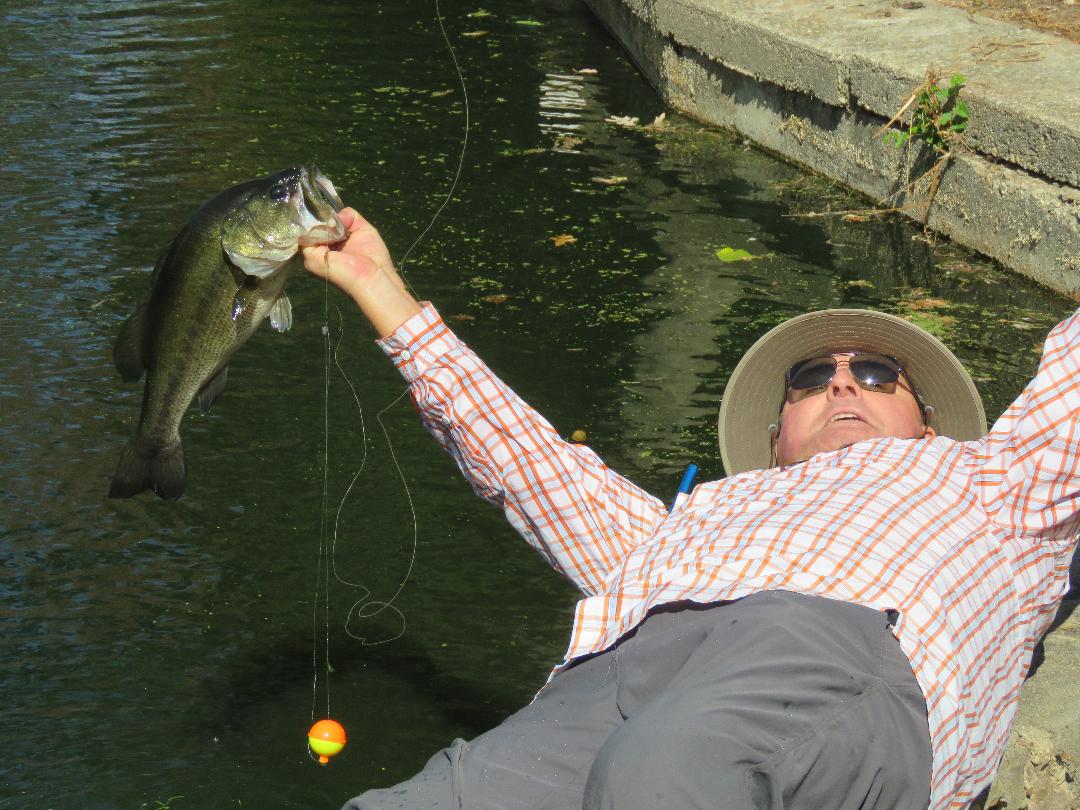 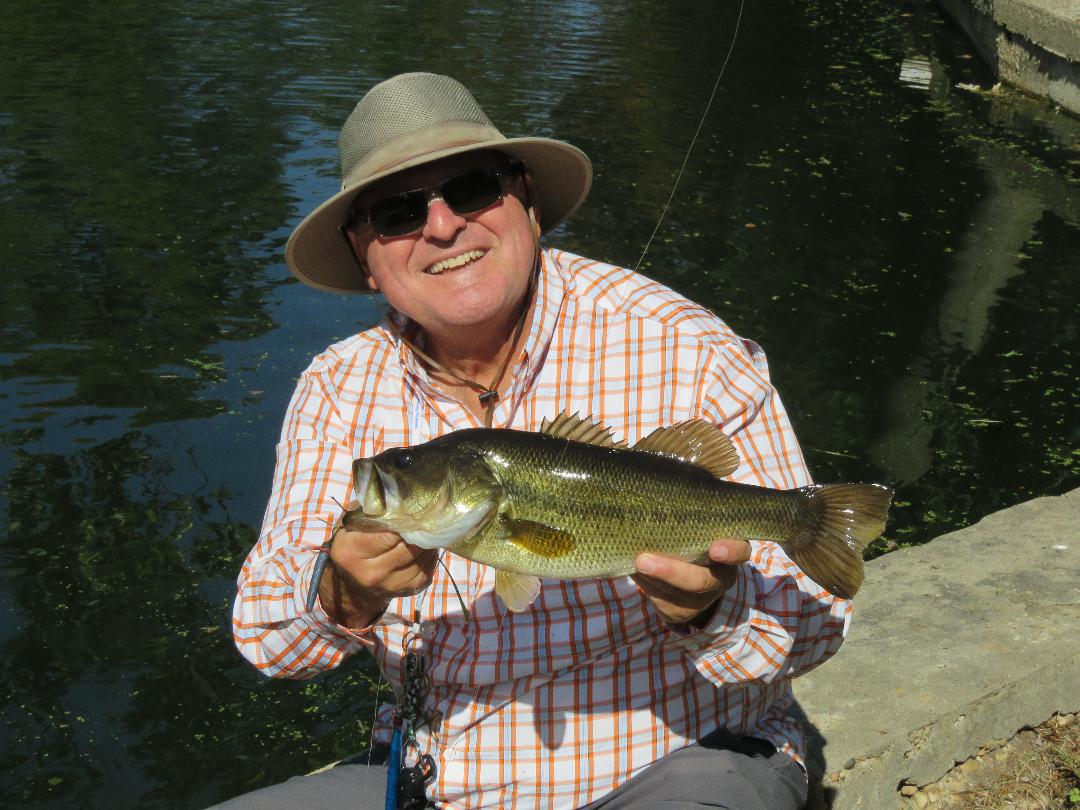 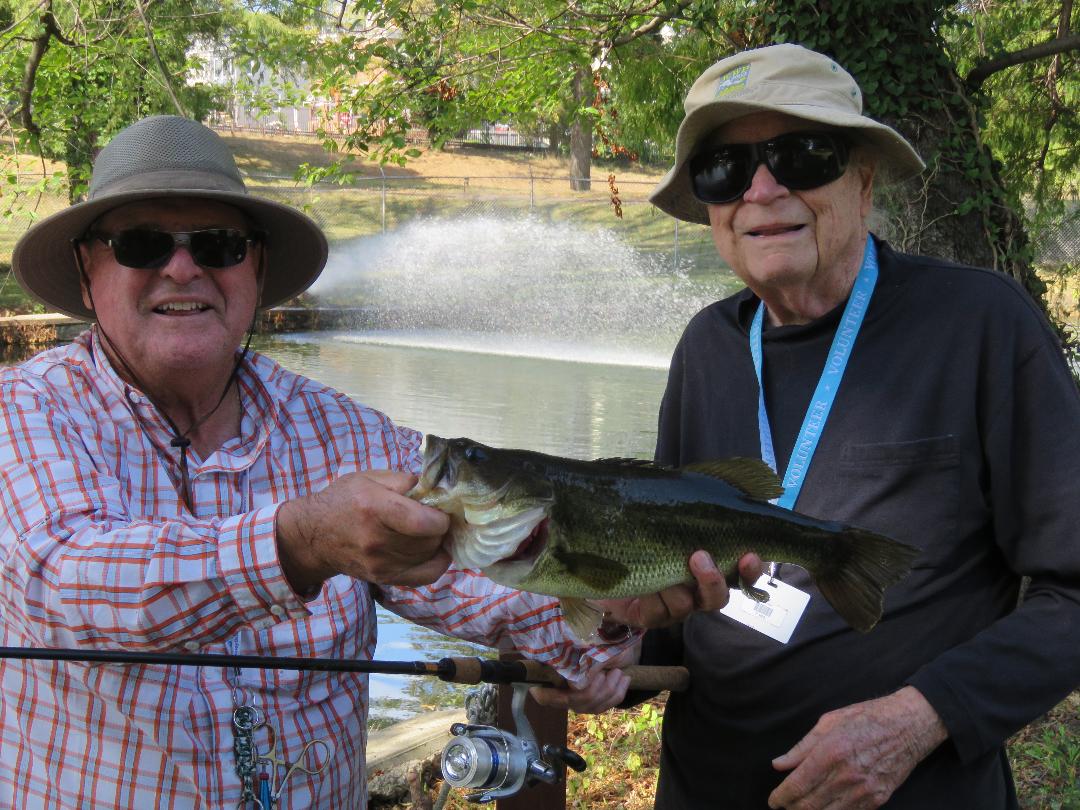