Today, Bob and I hit the Severn...way inside. Our quest for the 12"+ white perch continues.

The weather was nice... ...but there was some wind direction that I did not like. It had this letter...

Man, when will it change direction?

Anyway, we skipped 4-5 of the milk run places to get to Brewer Pond, one of my favorite places to fish.

Bob had warmed me that all of the Severn reports he has seen complain about lack of fish and an abundance of grass. That is exactly what we found in Brewer...and other places.

But we did manage to take our skunks off... 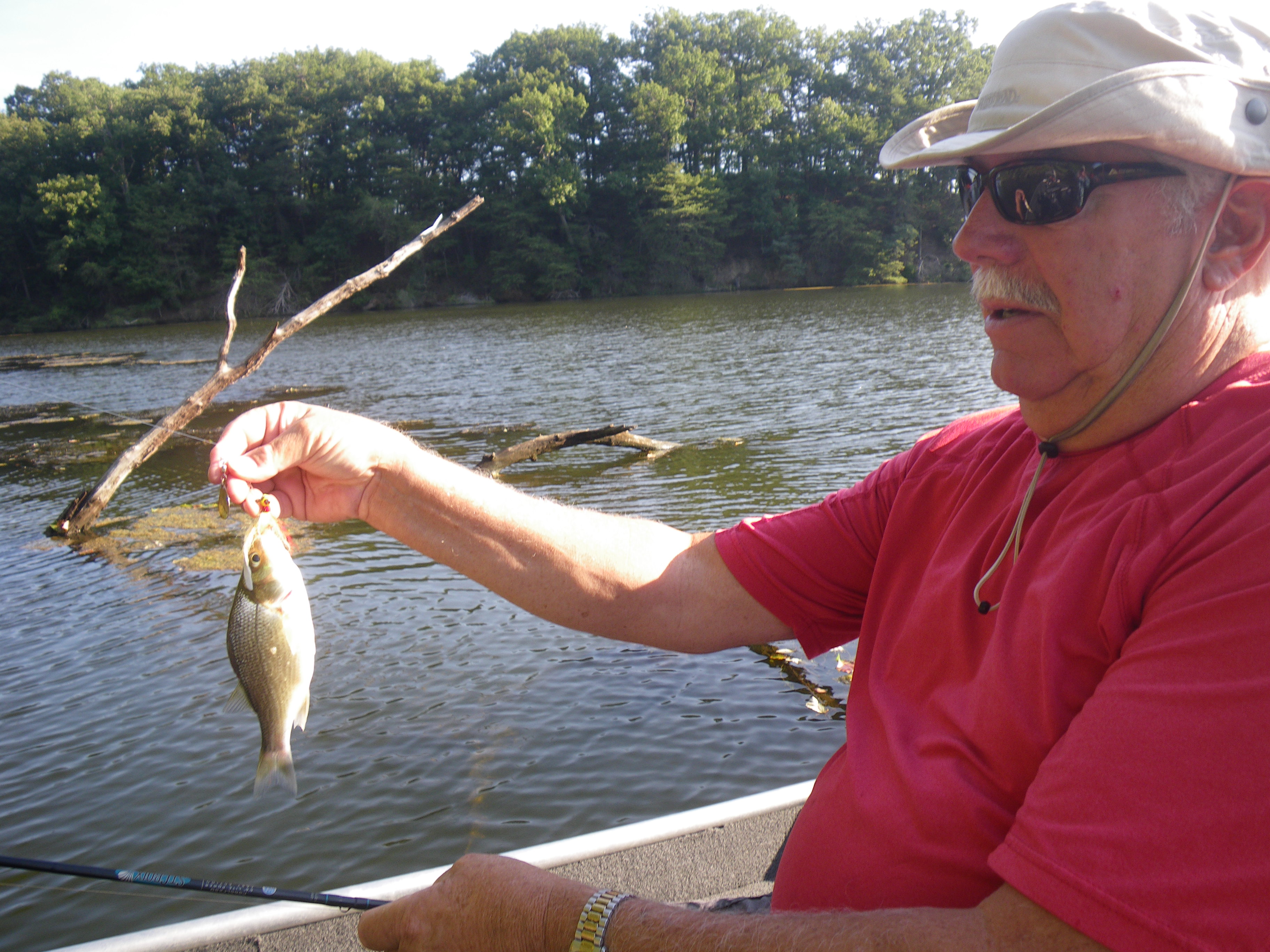 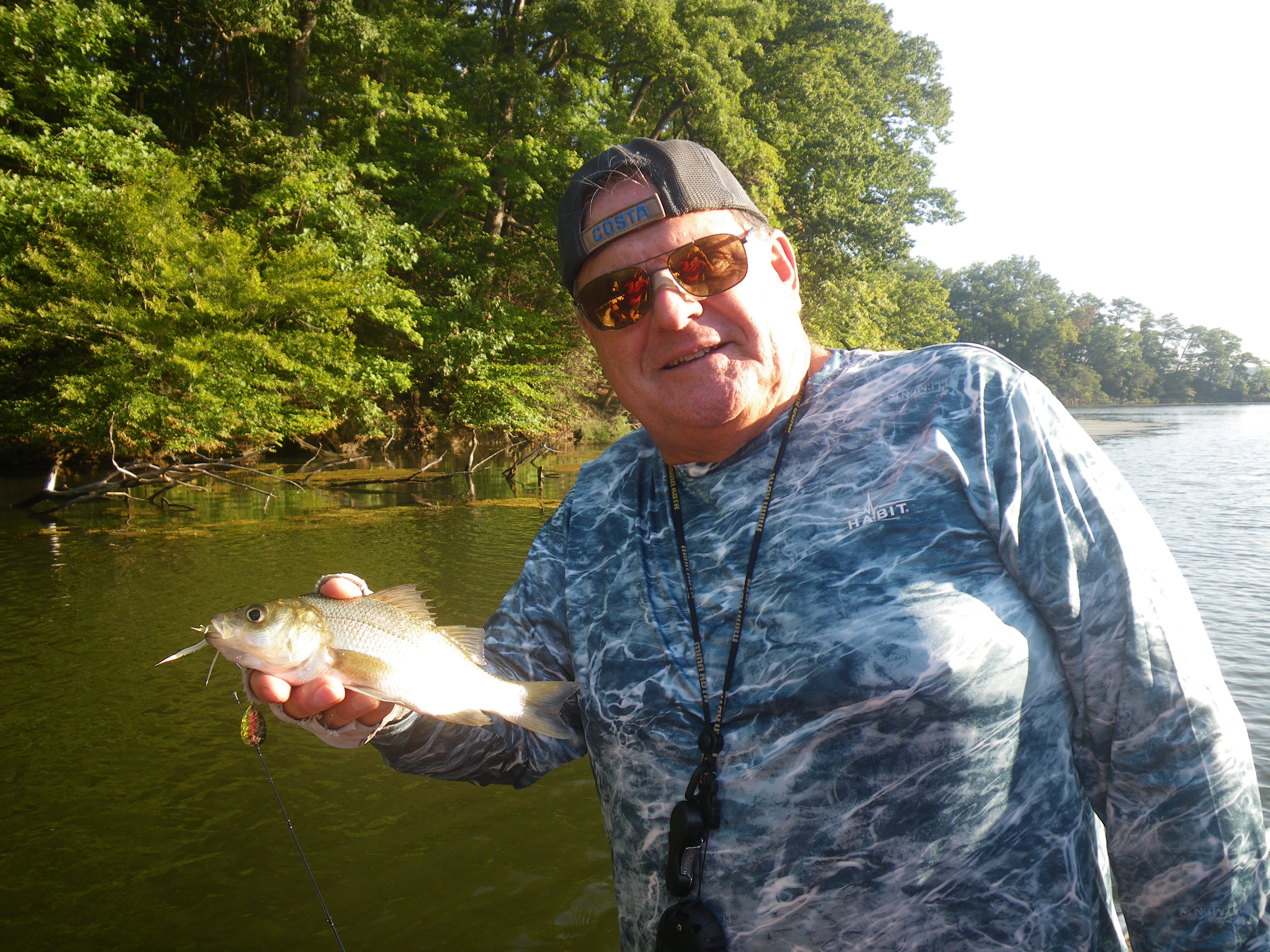 The pond was full of grass and made fishing tough although we managed around 10 perch. Time to move and barely get out due to the grass.

As we neared the other places I wanted to fish, we encountered working birds which were very teeny stripers, We caught a few and moved on.

I have no idea how they get this big boat in that little creek... 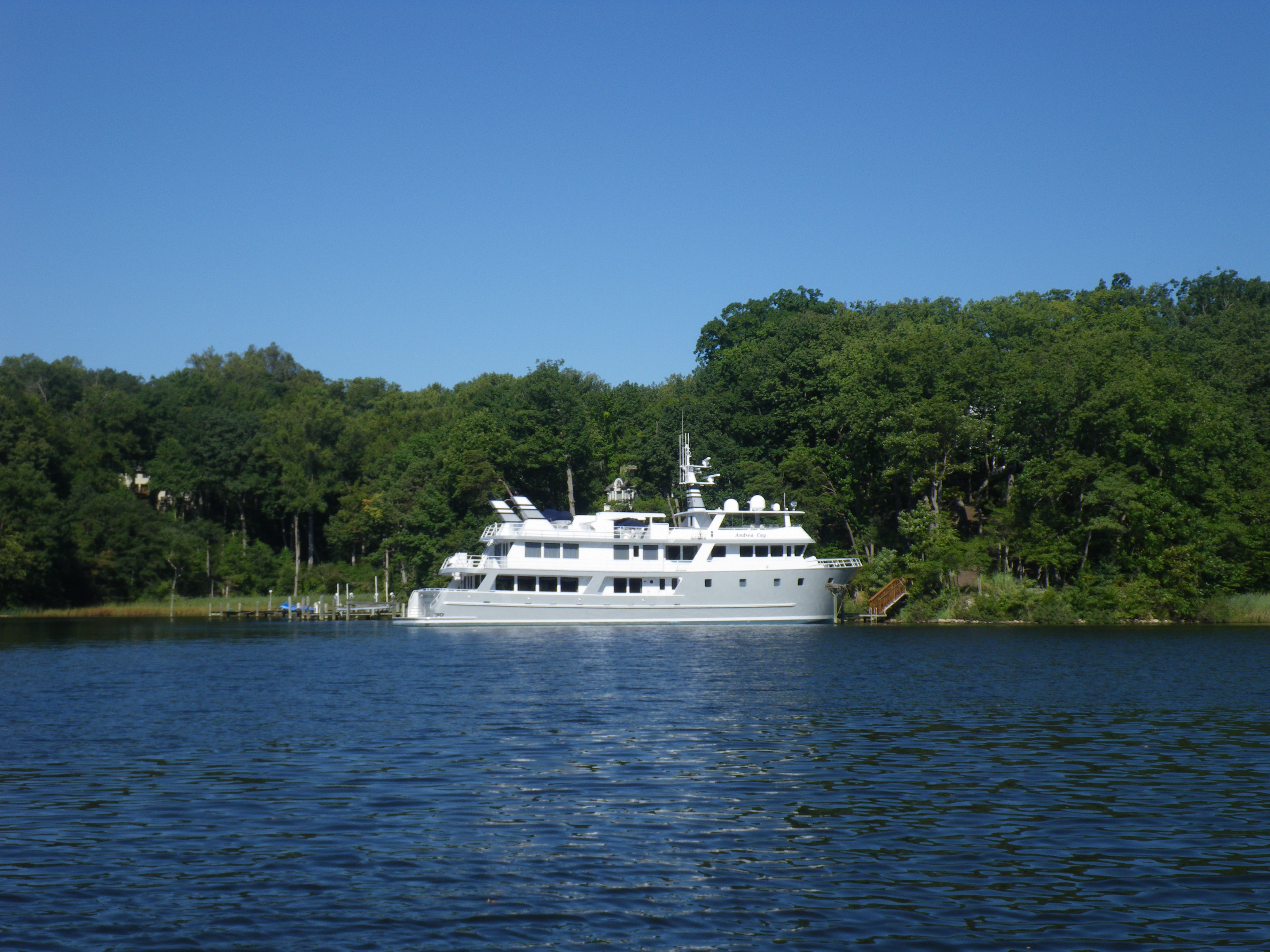 We then fished the mouth of Maynadier Creek and we caught 1-2 perch.

Next, we fished Hopkins Creek and we caught a few more perch and a couple of nice yellow perch (11.75")! 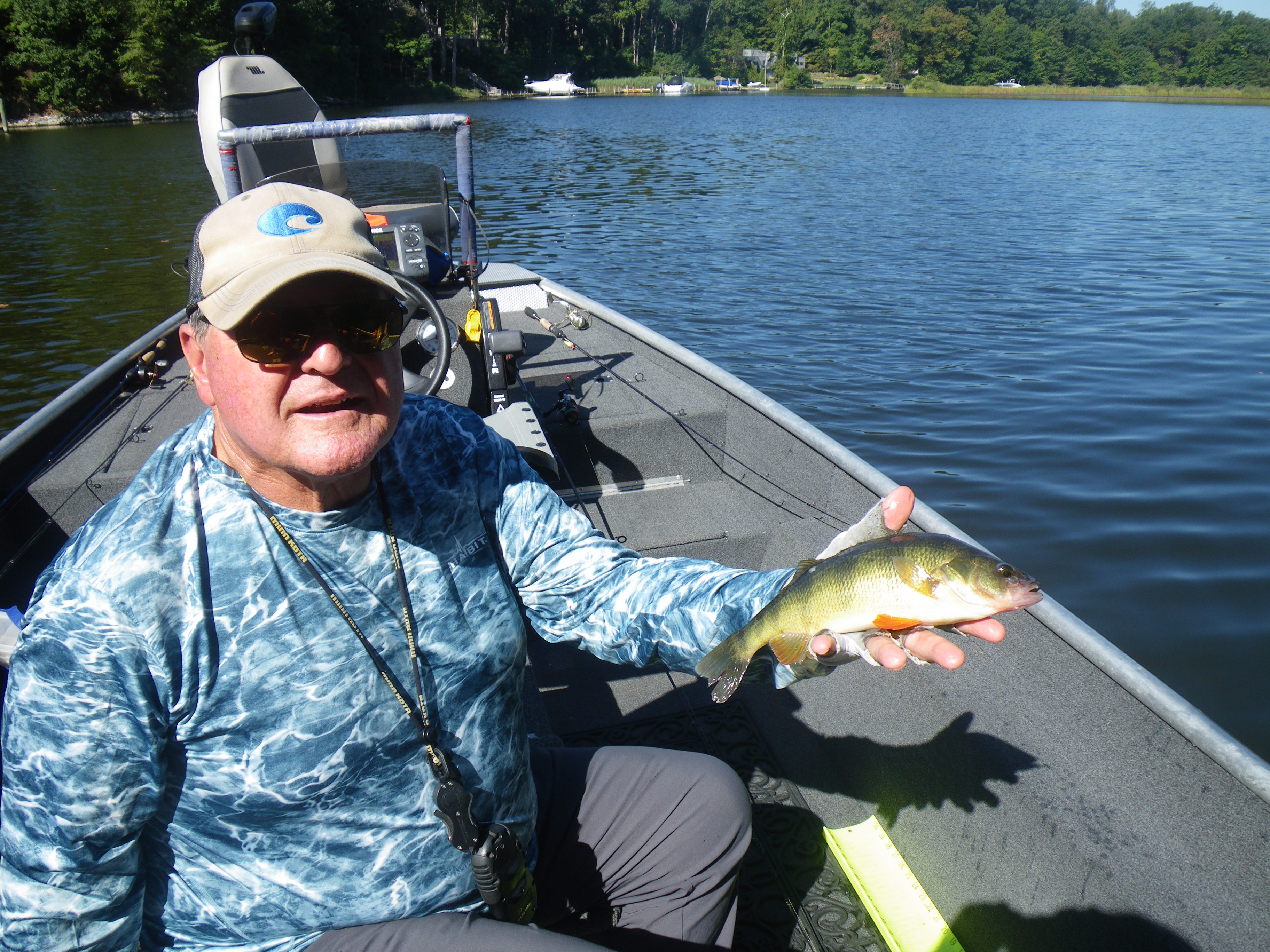 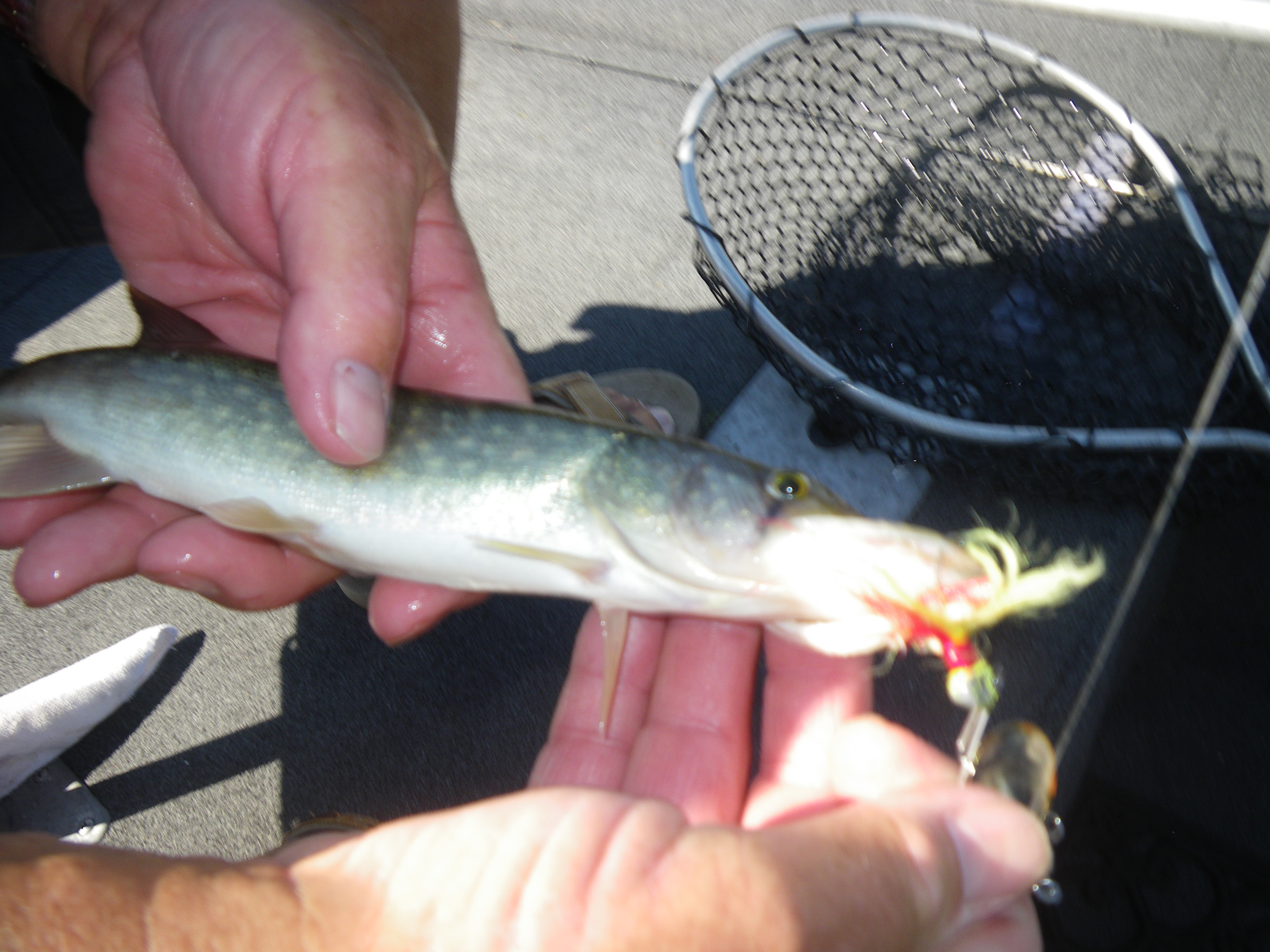 We then headed back and hit Martin's Pond and it was looking grim. Not too much grass but hardly any perch in the normal spots. Finally, we hit an area where we picked off 25-30 or so perch including another 10.5"er.

Once that slowed up we toyed with hitting the radio towers but it was getting late and I didn't want to get stuck in traffic. So we went back into Spa Creek and hit a new place (Bob suggested the bridge and we started at the foot).

We immediately caught a few perch and Bob caught this baby speckled trout. 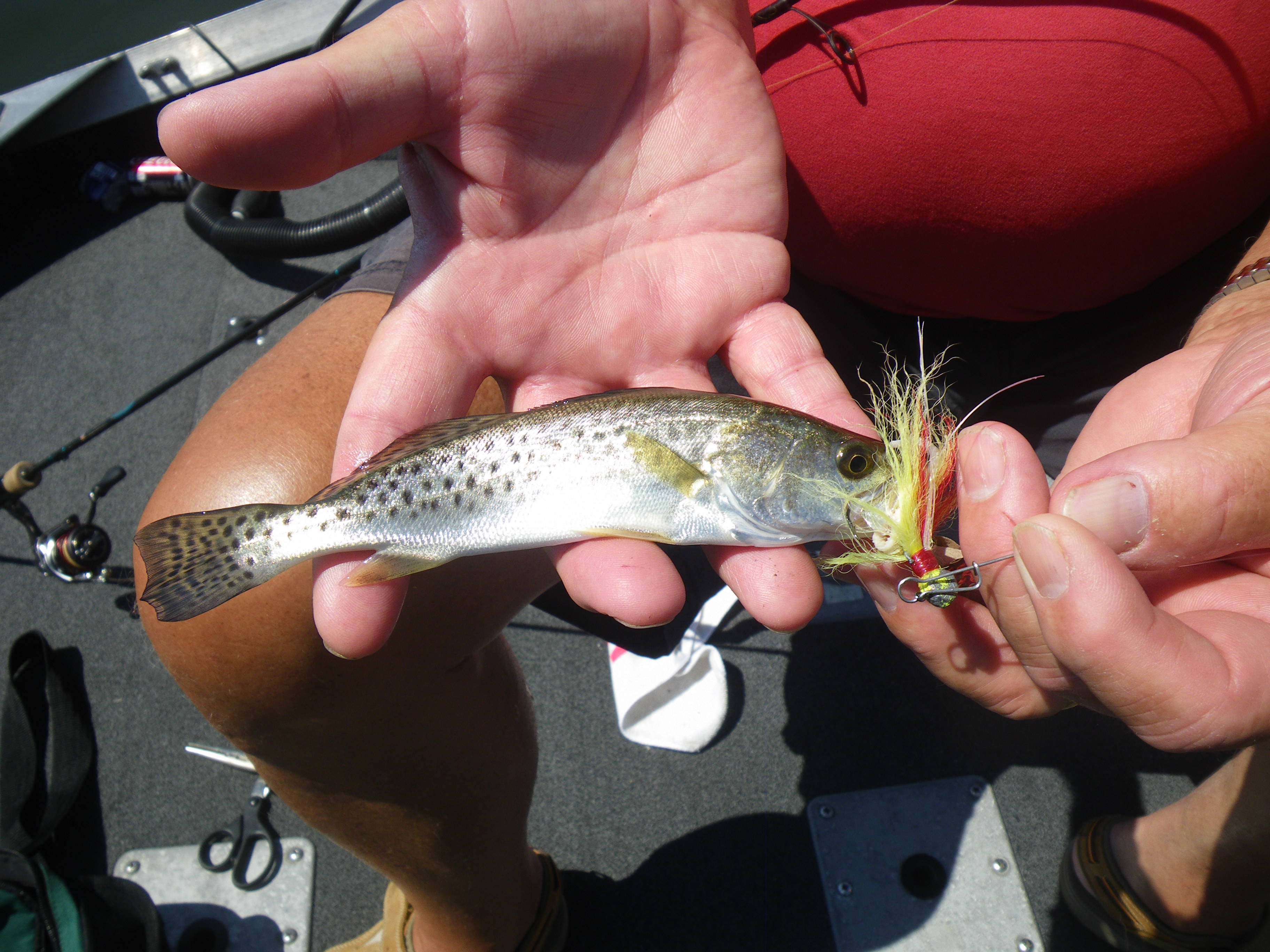 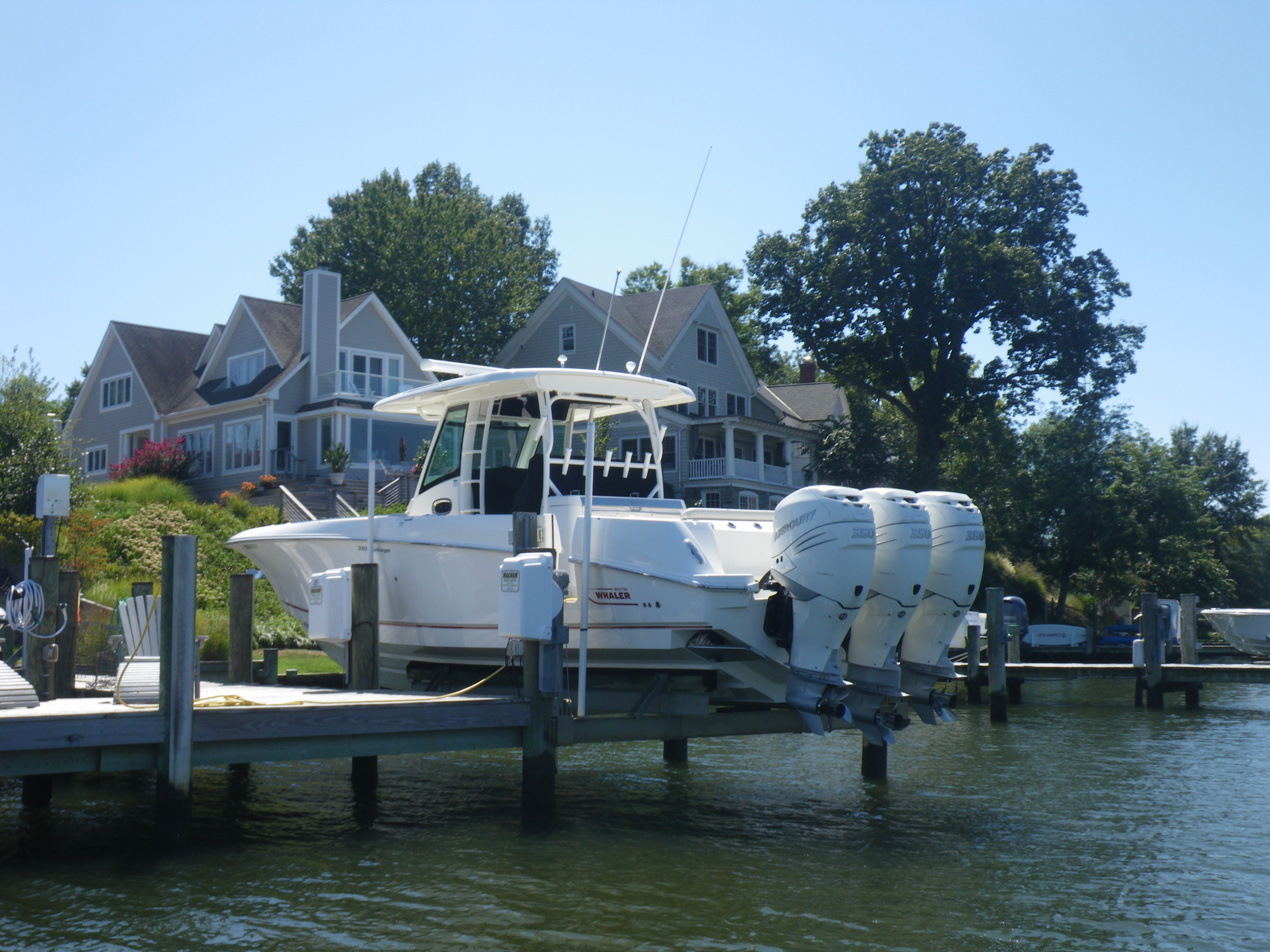 We tried the condo at the end and caught more perch and we ended it after Bob caught this guy! 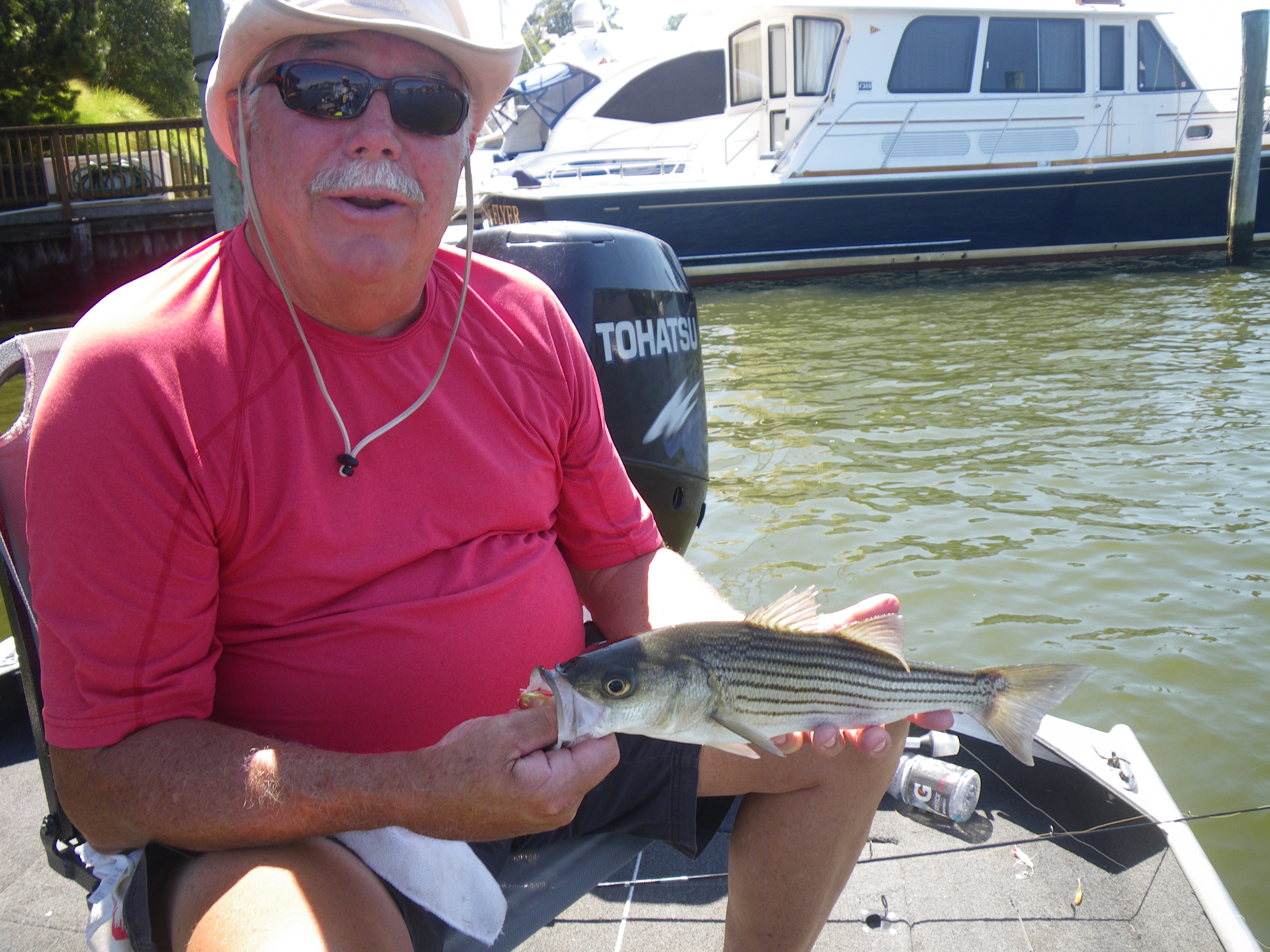 It was really nice out but a little warmer and windier than they predicted. Still, no big rollers or chop except in front of the Naval Academy (washing machine).

I bet not too many people have caught yellow perch and speckled trout on the same outing.

The very best part of the trip was that no fish had whiskers. Thanks again Ernie for another fun adventure.

Variety is the spice of life ...