On Saturday, a mini bass tournament (7a-2p) was organized by Quinn Lipetz with support of the New Horizon Bass Anglers, Teresa Rodriquez of the DC Fisheries and Wildlife Division of DOEE (Department of Energy & Environment) and the Broad Run HS Fishing Club.

This was a CPR  (Catch-Picture-Release) tourney.

As one might suspect, there was some pre-fishing as a couple of the boys got to the facility early.

Niles nailed this nice one with a frog (I think)! 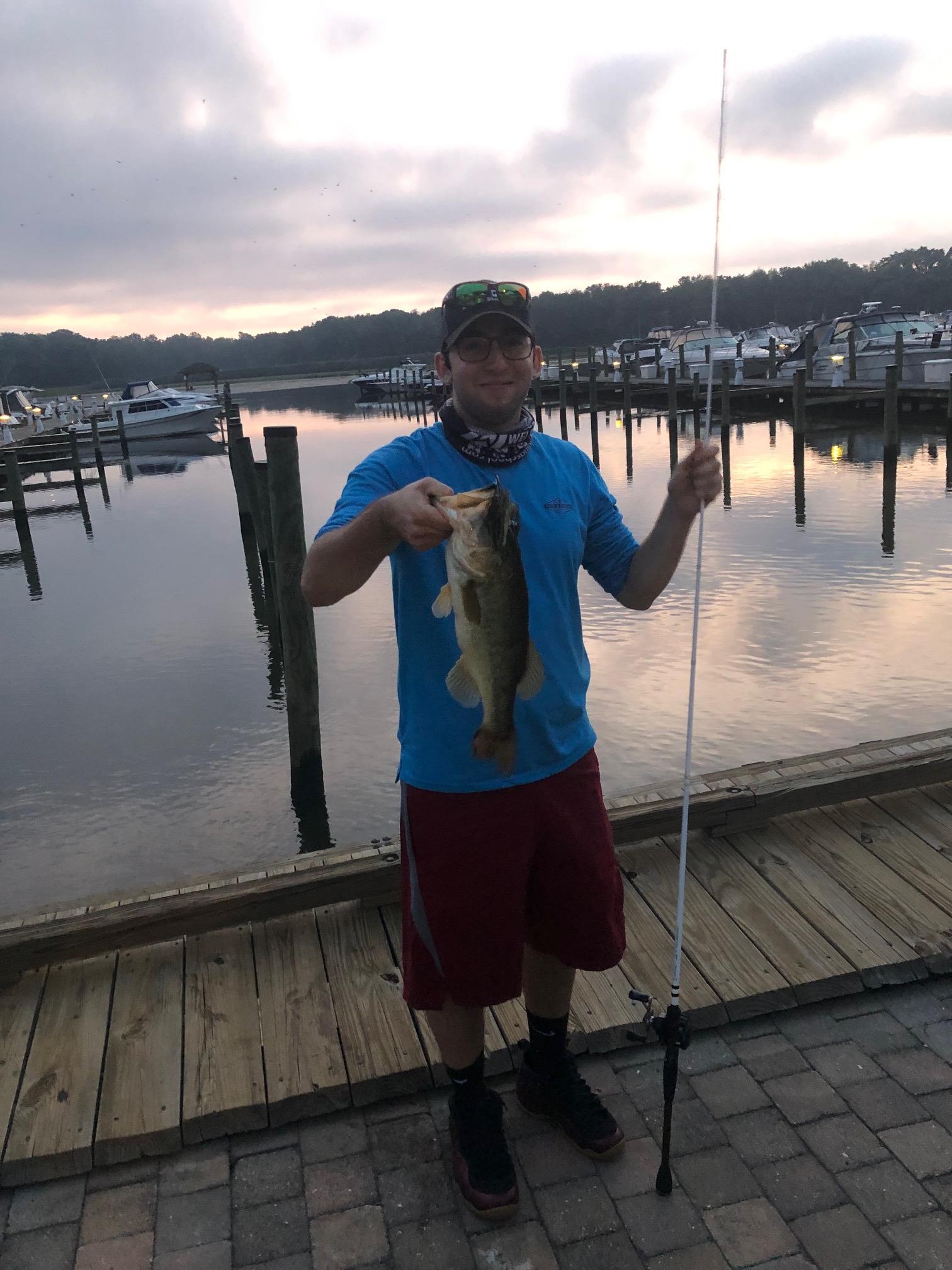 The participants were Jahlil, Savva and Jahmari (these guys have been to my house when we do the HS tourneys at our ponds in Ashburn Village), who belong to the HS club that Teresa started in DC, and Jake, Niles and Garrett from the BRHS Fishing Club. 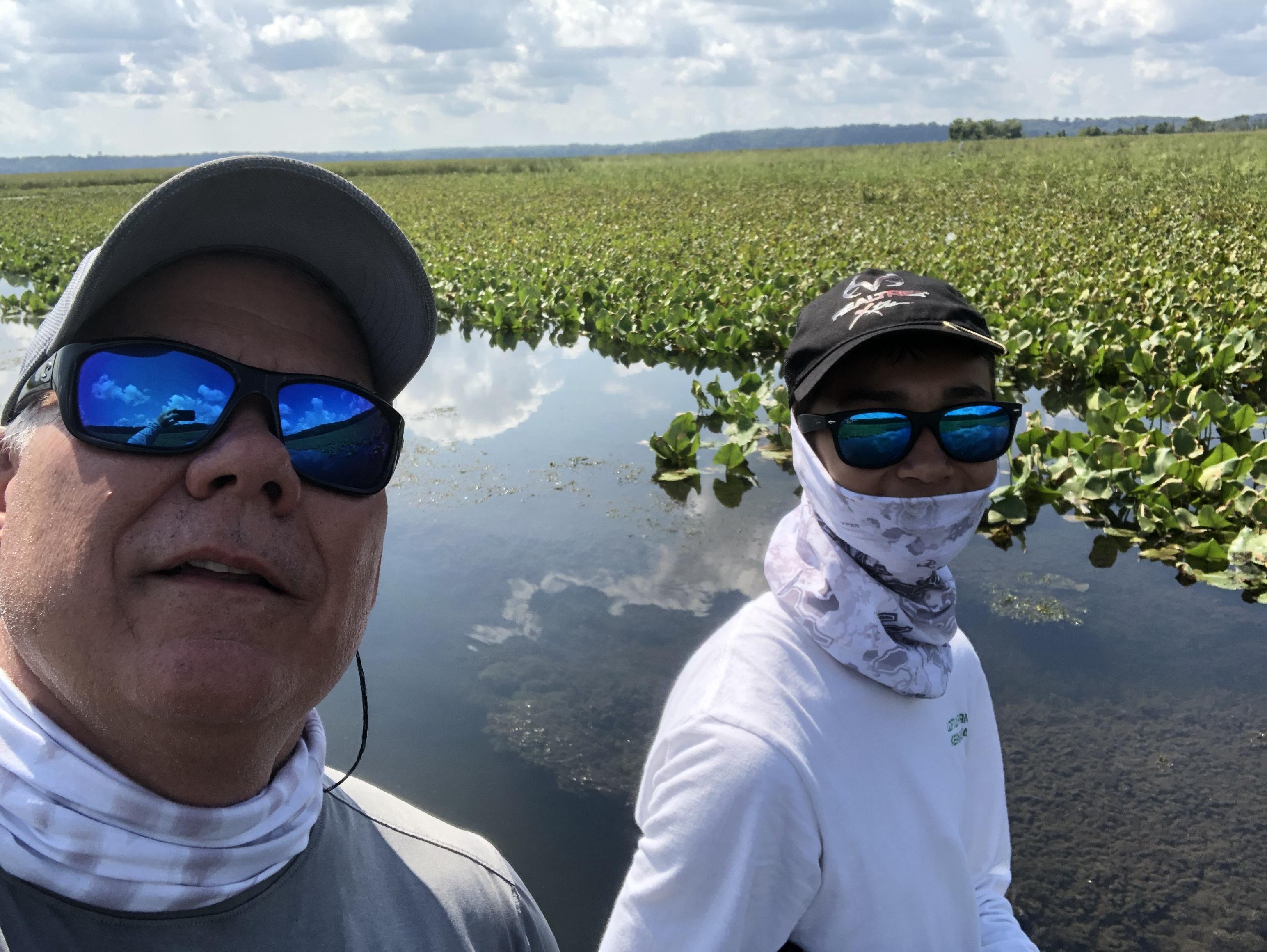 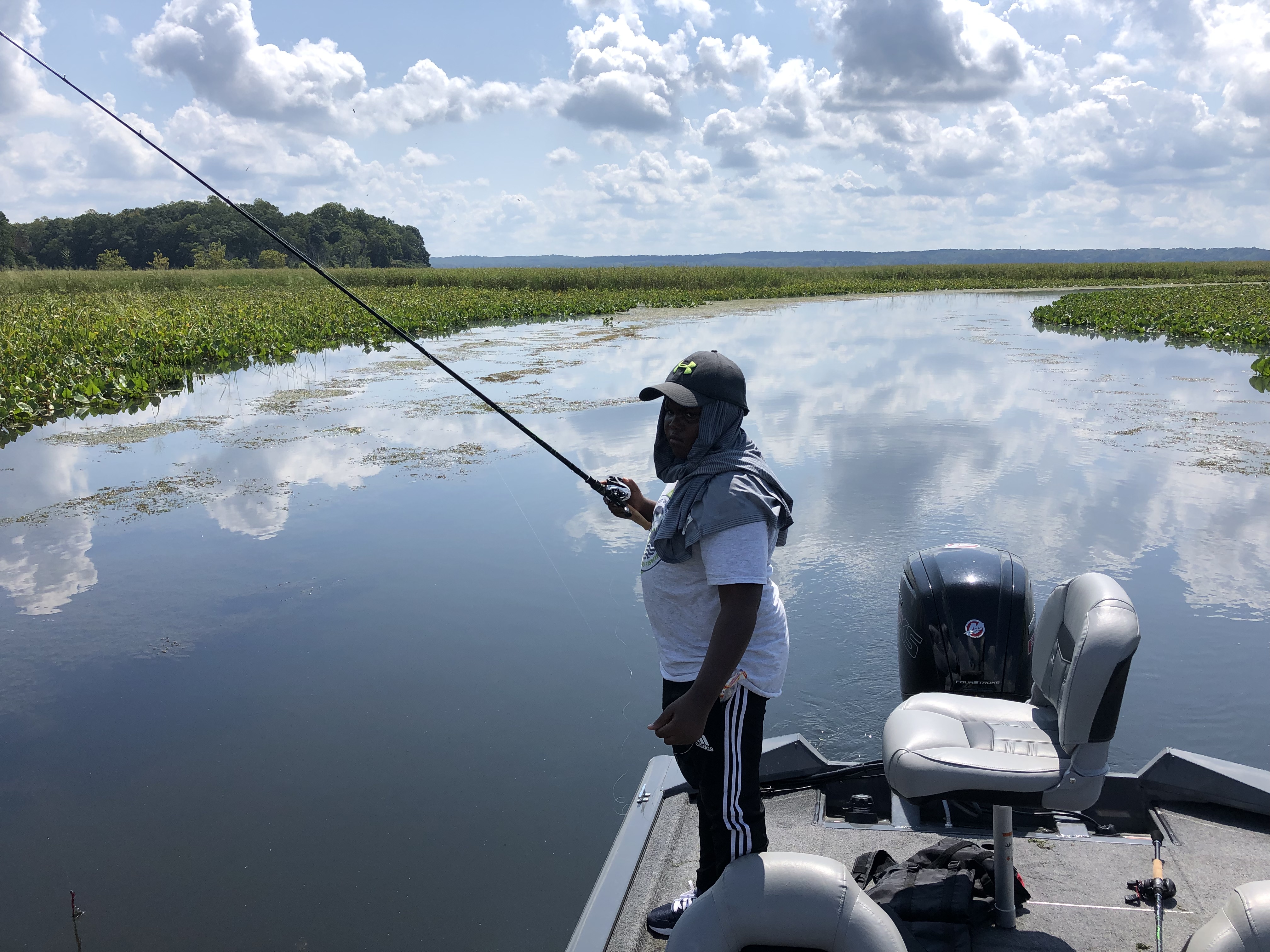 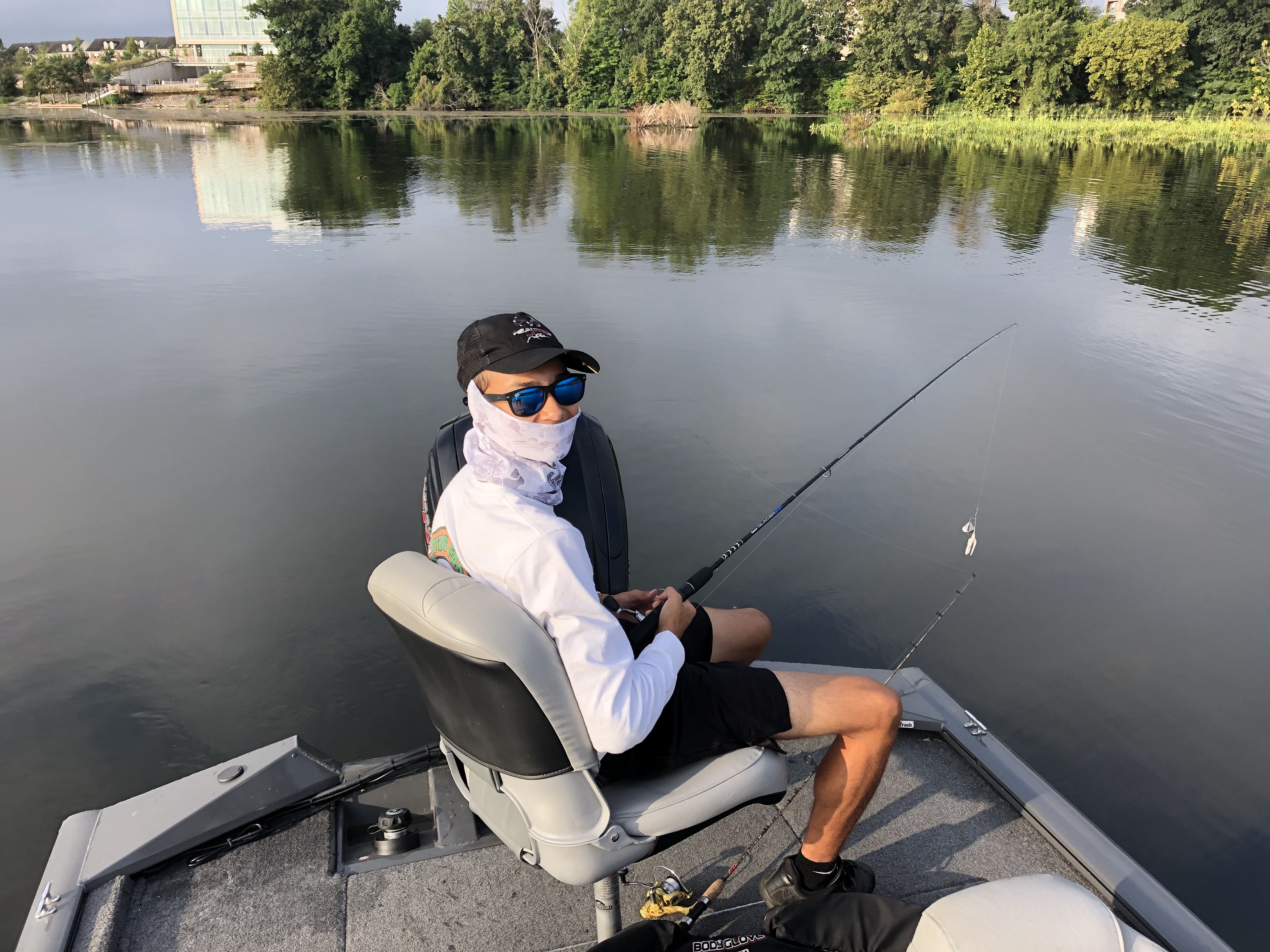 A huge THANK YOU to all the captains for a great day on the water!  This was a uniquely wonderful opportunity for the guys and they greatly appreciated a chance to fish with experienced anglers from boats.

While the fishing was tough, the boys had a lot of fun fishing with one another.  For some of them this was their first time ever fishing from a boat!

Teresa commented: "I think the anglers were thrilled to have the opportunity to fish from boats and spend the majority of the day with others that live and breathe fishing. Before we left the park we celebrated Jahmaris 13th birthday with cake and then the DC anglers took a dip in the water to cool off before leaving. While he was getting in the van I overheard Jahmari say that this was his best birthday ever!"

Between fishing from bass boats, sharing cake, and going for a swim, everyone agreed that the day was a blast!  And...the captains have offered to take the anglers out again, next time in May or June when the fish should be biting and the weather will be nicer.

Unfortunately, we don't have any fish pictures because the fish weren't cooperating at all.  All three boats came back fishless, with very few bites along the way.

Captain Rick said; "I enjoyed taking Jake and Jahlil out to fish.  They're both good guys and welcome on my boat any time.  I hope we can do this again next year, but make it in May or June." He also said, "Jake and Jahlil said it was their first time on a boat and fishing from a boat.  I think they both felt the same love for being out on the river in a boat that I do.  Catching fish would have made it that much better but neither of them were glum because of the lack of fish." 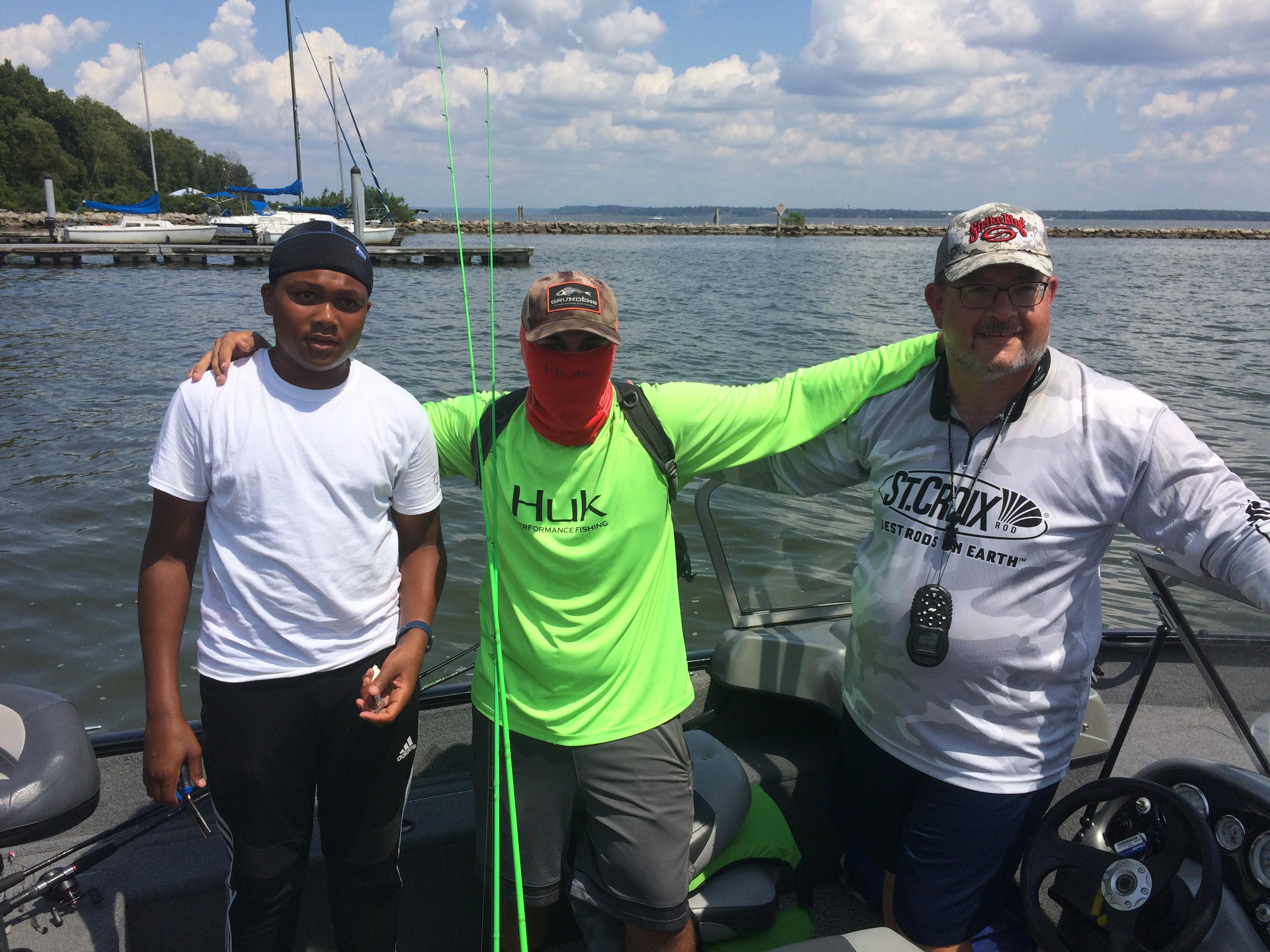 Life is always better with people to enjoy it with! Great post!