Went to Black Hills for a couple hours late this afternoon with my dad and my youngest son. Got to the ramp around 3:30, and after a long line of kayakers at the ramp, I was finally in the water around 4:30PM...took that long because of noob boating mistakes, I'll disclose at the end. The last time I fished the lake was when I was around 12 years old, and I did that from the bank near the 121 bridge using minnows on a bobber, so I really had no idea where to go on a boat. So I just started on the right side of the lake from the boat launch and hit the first fishy looking cove. It started cloudy with some sun and little to no wind, and became cloudier. I've been doing well on topwater, so I pulled out a new popper that I got yesterday, the Evergreen OB Magic Gill...this thing looks SO nice, the colors even better in real life than the tacklewarehouse pictures, I knew it'd be perfect for a slightly green stained deep reservoir lake. The cove had nice shade and I spotted some laydowns and threw the popper over there, probably my third cast and I got exploded on. It was a good fish and I tried to let my rod play the fish, but must have let too much slack in and it went airborne and spit the hook, I think it was 2-3lbs. Following the cove, the next fishy spot was a secondary grass point, so I tossed the OB there and popped it loud, but slow. Then it submerged instantly, I knew it was a good fish again and this time I didn't let any slack into the line, but didn't rip the hooks either, I let the rod do it's thing and I was rewarded with a new personal best, 4.92lb LMB. 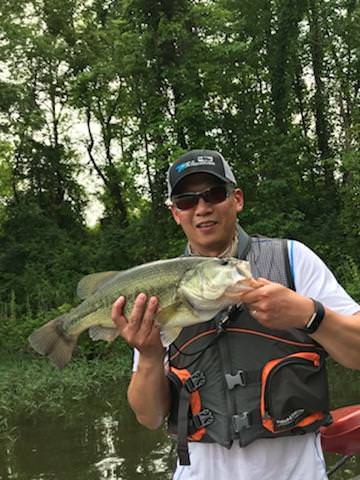 My dad was on camera duty, and he did his best, but technology isn't his thing so the pictures he took will have to do. If he took a full body shot, the fish was at least half of Brandon's size, and it's mouth was almost as big as his head! 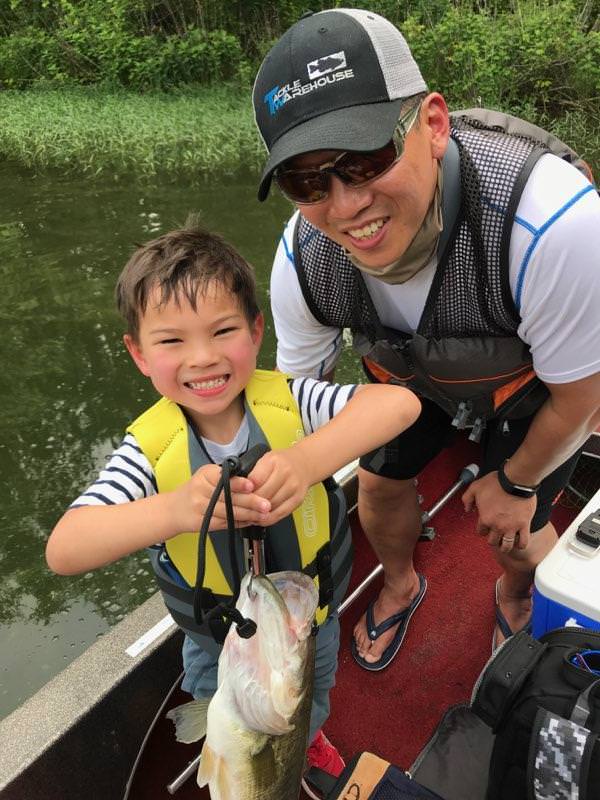 Brandon was getting hungry, and the minnows we had for him were starting to go belly up so he wasn't entertained by them anymore, so we decided to head in around 6:30PM, just when I knew topwater was going to pop off.....but oh well, another day, the couple hours I got out with my dad and son were amazing. 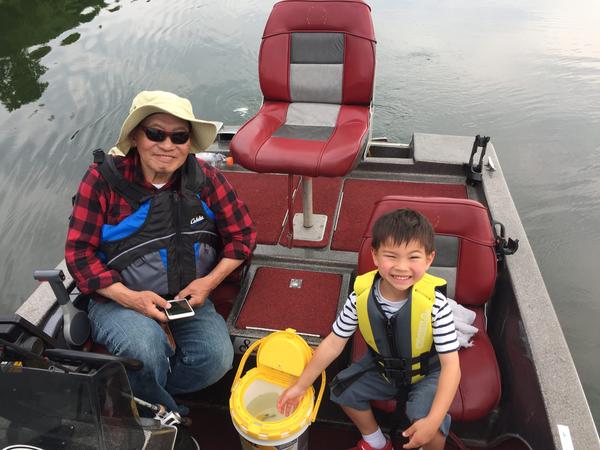 1) So what's the #1 thing you should always do when launching a boat?  Guesses? Well I forgot to do it...I forgot to put the drain plug in when launching...I had put the boat in, started to pull the truck up the ramp, and my dad was asking me why there was water in the boat...the boat's transom was clearly lowering down and I looked inside and saw water gushing in....yeah..drain plug. I immediately started the bilge pump, and had my dad hold the rope while I rushed to get the trailer back down. Got the boat back on the trailer and had to wait about 10 minutes for the water to drain out. Did a little good samaratan work while waiting for it to drain though. 2 older ladies were having trouble strapping their kayak to the roof of their SUV, one of their husbands had strapped it on earlier and they weren't tall enough to put it back on at the lake, so I stepped in to save their day. Boat drained and we got out promptly, lesson learned, luckily not the REAL hard way.

2) This reservoir is electric trolling only, and I had charged the battery the night before. About 300 yards away in the middle of the lake, the trolling motor stopped. I checked the connection up front, checked the setting on the TM, and nothing. I had installed a battery gauge and it said it was at 90%...so I knew the battery had juice. I looked at the connections in the transom and they looked good, nothing changed from 2 weeks ago..could it overheat?  I wasn't going that hard on it, and I had used it for 5 hours 2 weeks ago at Mattawoman.  I used a lifeline and phoned a friend (Curly)...sage advice, if there's power from the battery, check all connections. Started at the transom and just barely tightened a wingnut on a post and tried it and it worked...whew...though I was going to have to fire up the gas engine to make it back. 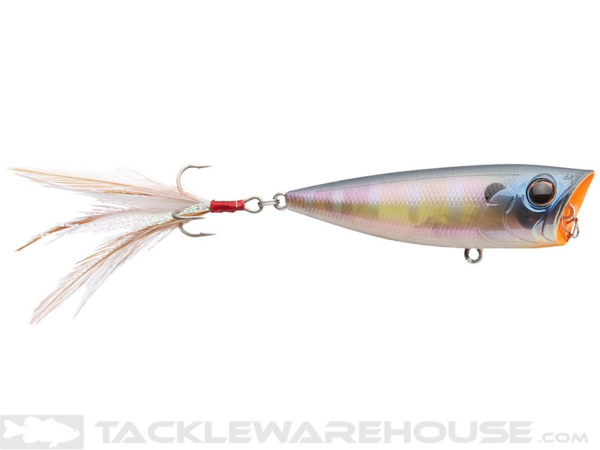 Nice report.  Great fish and on topwater too!  At least you survived your mistakes and no one was hurt.  Those will be the stories you tell for years...  Everybody looks so happy on your boat!

Fishing Machine is still catching fish!  Leave that plug in when stored in your garage!  That way it is always good to go when you launch 😀

Great fish and even better smiles!

When the boat was flooding: "OH NO DAD THE BOAT IS GOING TO SINK WHAT ARE WE GONNA DO!!!"
When the trolling motor stopped: "OH NO DAD NOW WE'RE STUCK OUT HERE AND HAVE TO SWIM HOME"

Fishing Machine is still catching fish!  Leave that plug in when stored in your garage!  That way it is always good to go when you launch 😀

2/2 so far! Yep plug goes immediately back on when I pull into the garage from the carabiner clip.

Awesome report! Nothing better than a popper or any topwater going down under with little noise

Great report! Congrats on the pb! I've never caught anything when I've fished at black hills