We got a bit of a late start this morning....

As we try to figure out this winter UP fishing, we decided to make the long (and cold) run upriver so Bob could see the Jubal Early at work.

The water was running hard and clear....and at 10:20a, Bob scored with a nice chunky 13.5 incher. Good start...we were hoping that was a sign for good things to come. 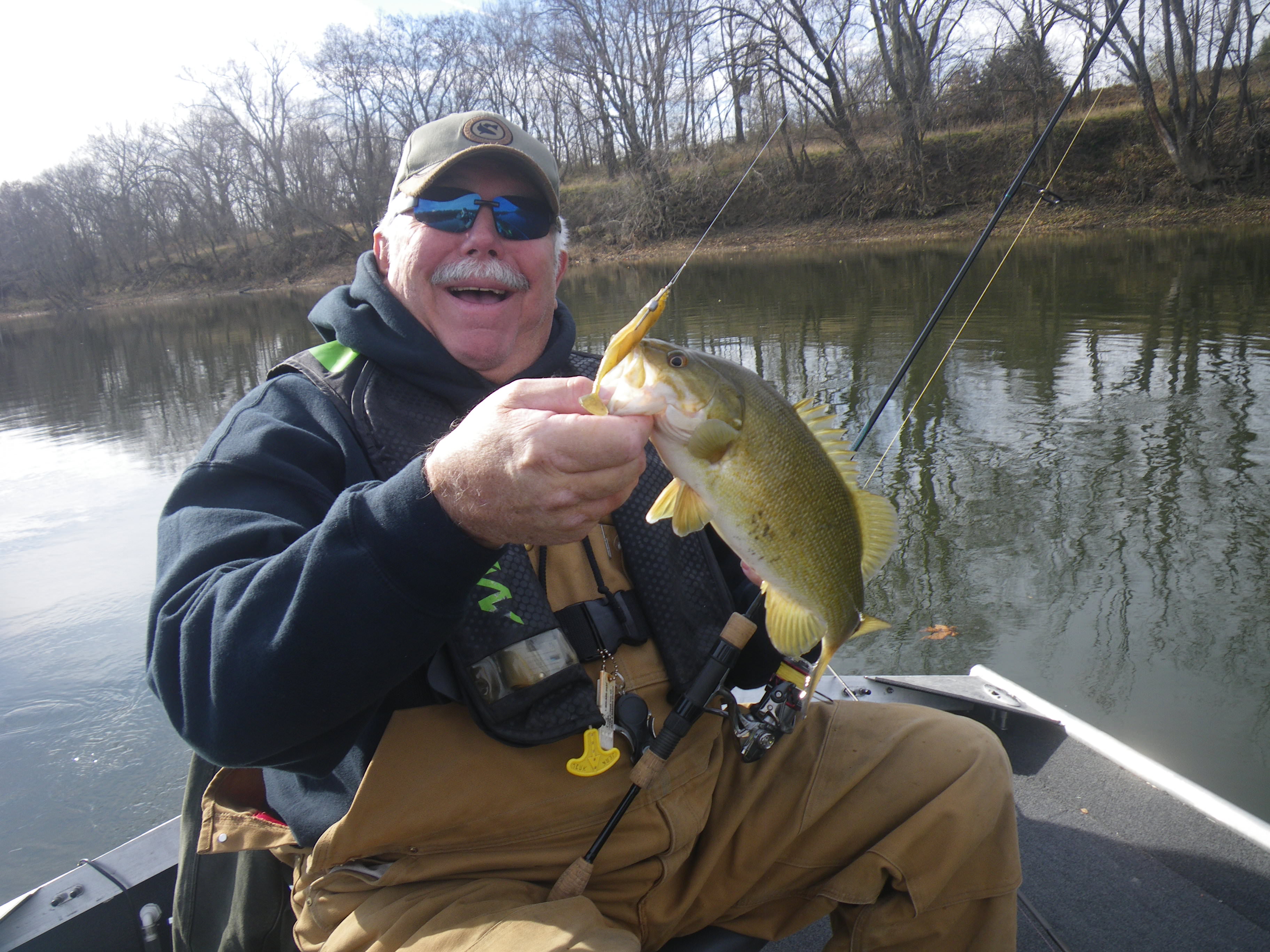 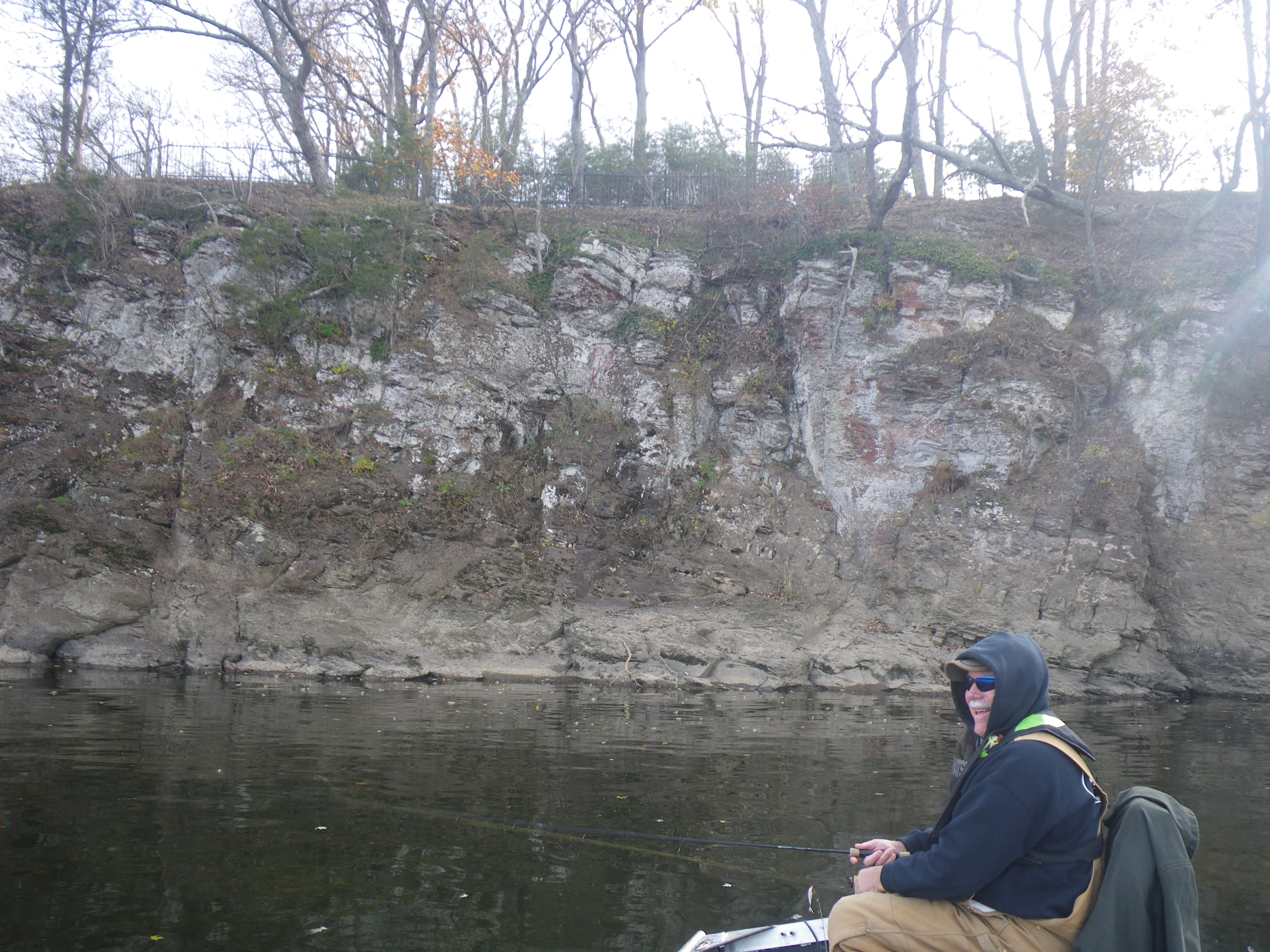 Luckily for us, it was a nice day and the wind really did not bother us as it was out of the SSW.

It was getting late so we decided to go to the dinosaur egg and sure enough, I get hit on the tube by FAT 17.5 incher! It was 3:20p. Five hours between catches! 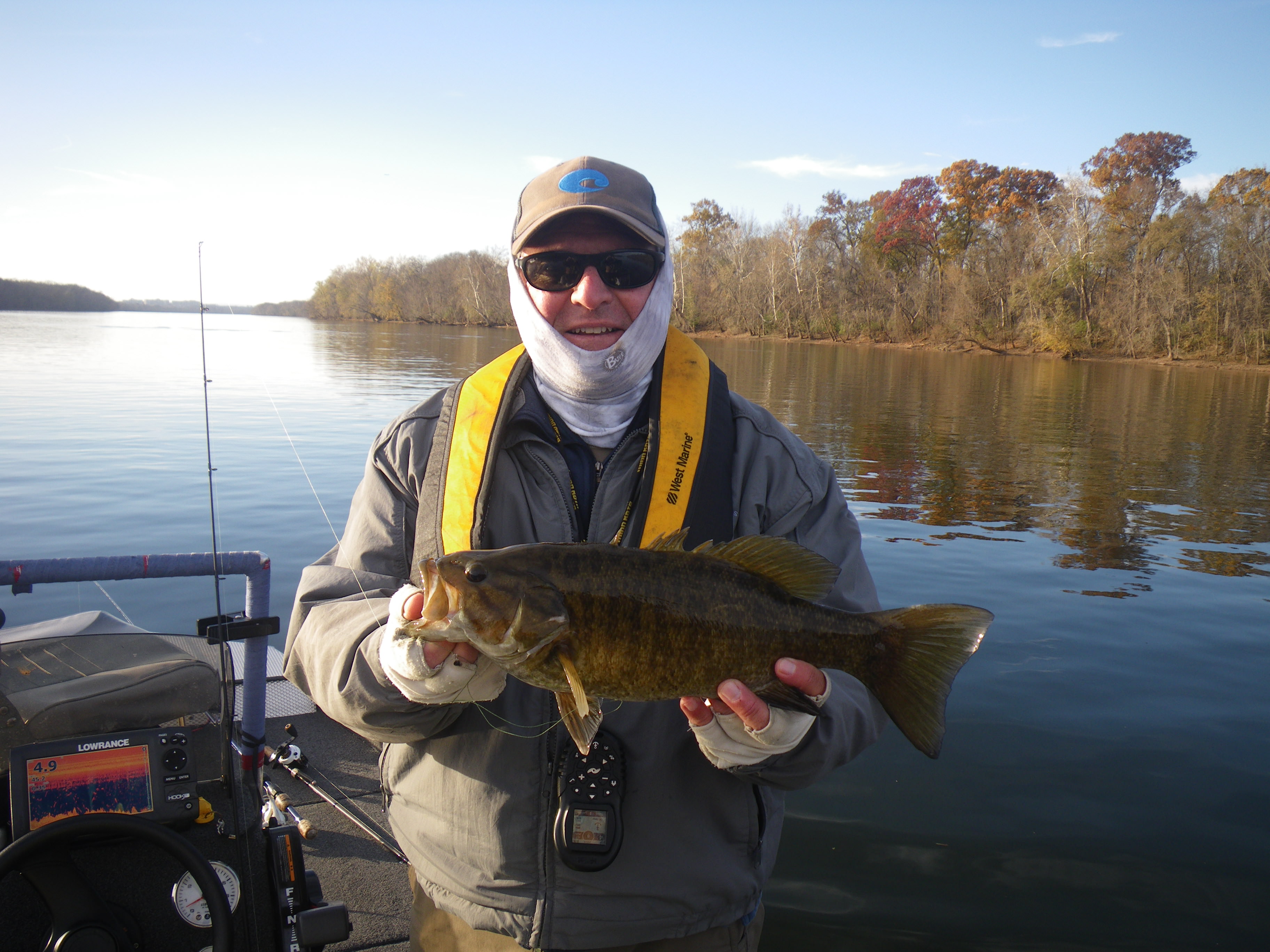 That fish has been caught before on my boat....just don't remember who it was. Very distinct fins.

Around 3:30p, Bob declared he was done and a short ride back later, we were back at the ramp. 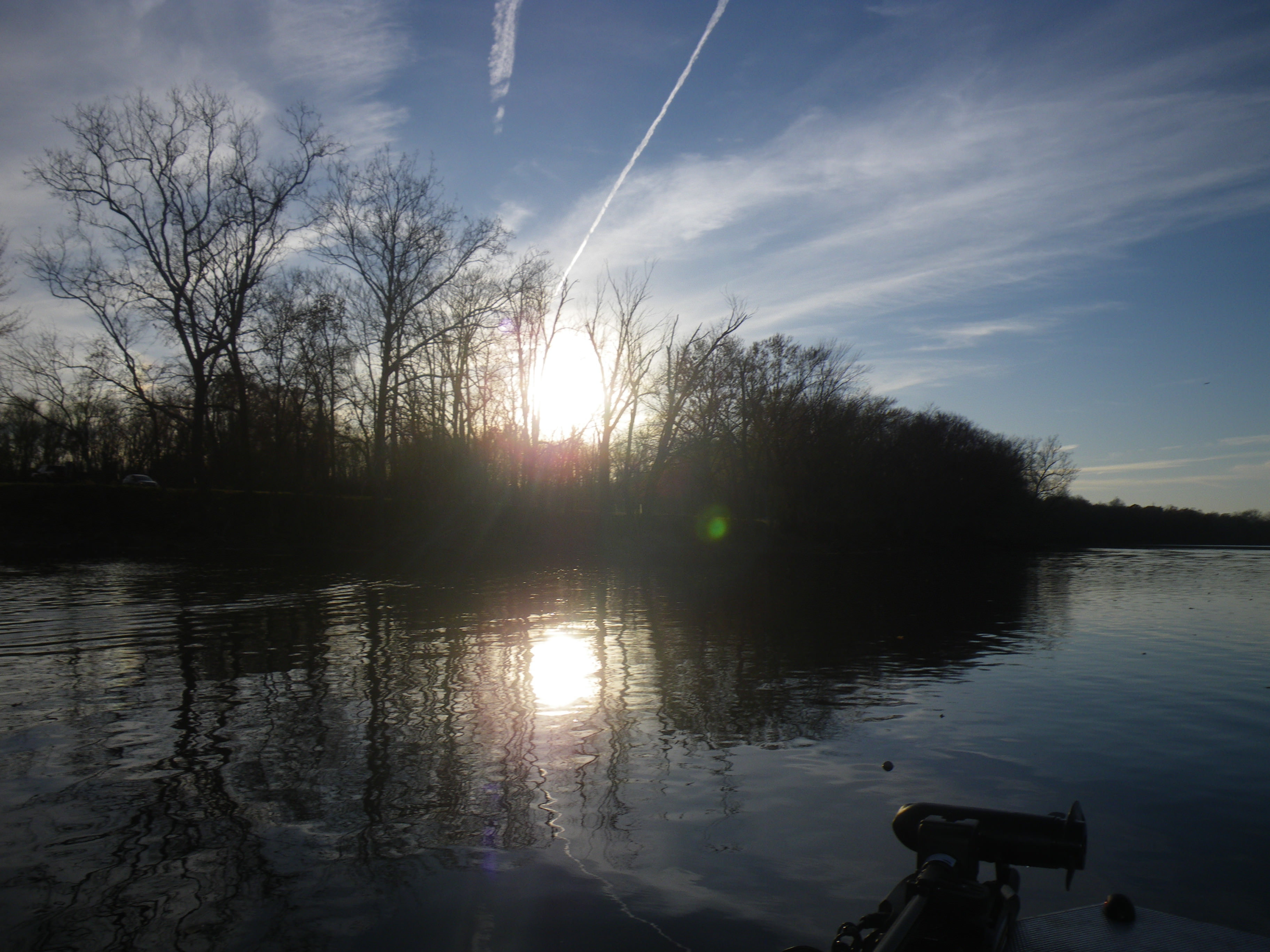 Thanks to Ernie we didn't believe that lying weatherman. You can tell from the pics that the 15 gusting to 25 never happened. Another good day fishing with E. Only took 2.5 hours to get home, the Beltway was wonderful.

It's really cool how you're catching the same fish repeatedly. Shows just how important C&R is for river smallmouth.

Thanks to Ernie we didn't believe that lying weatherman. You can tell from the pics that the 15 gusting to 25 never happened.

I believed them for today, especially with that wind shift. Herman and I cancelled last night for today. Perhaps we could have fished for a couple of hours before the blow. Oh well....it's definitely blowing now!

Only took 2.5 hours to get home, the Beltway was wonderful.