Bill and I met up at 7:15a and were on the water shortly. 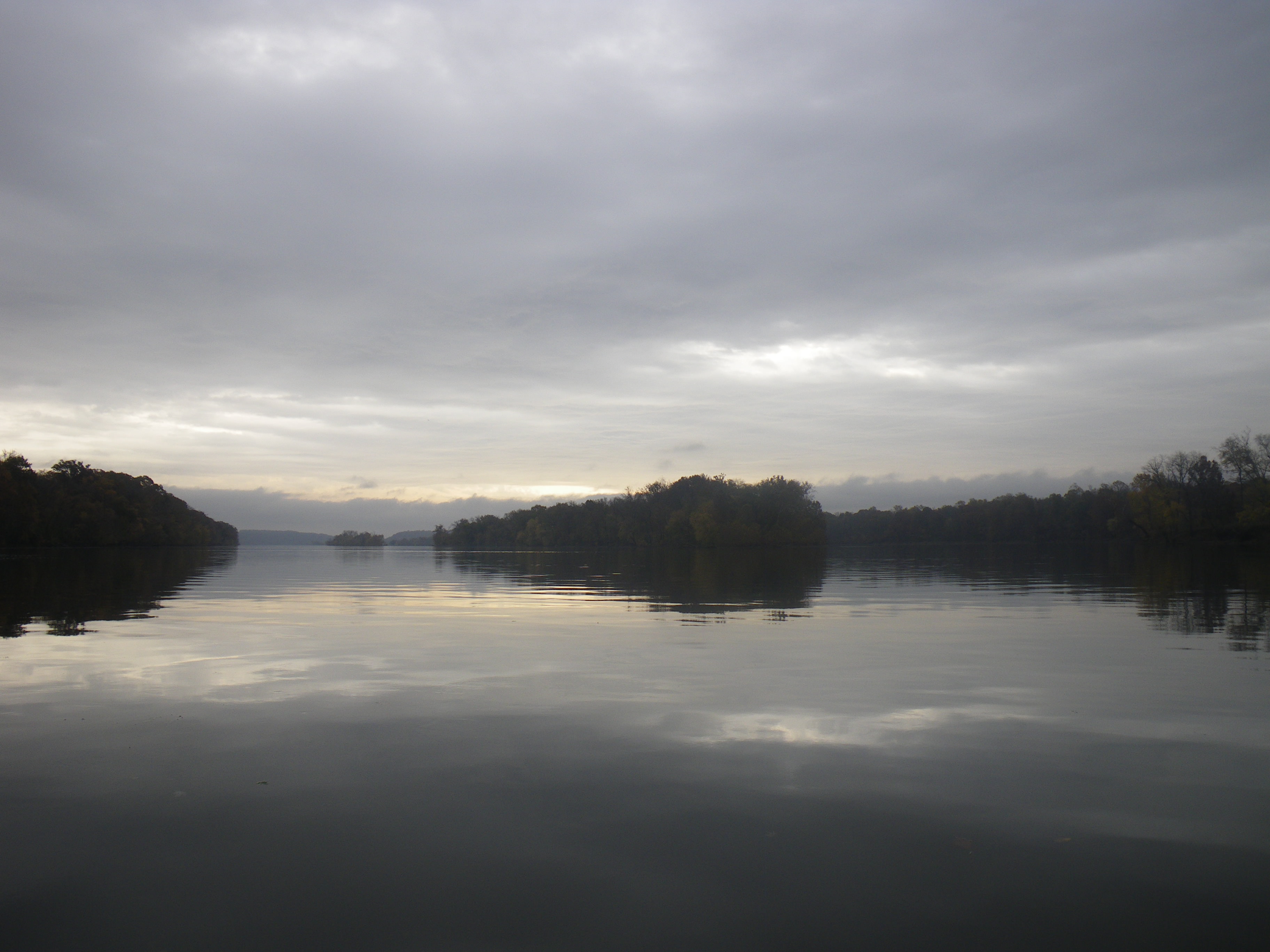 ...but it was really nice out. 60 or so degrees, little wind, nice cloud cover....all of the makings for a good fishing day.

We decided to hit the nearby ledges to see if anyone was home but I think we only got one bite.

Water looked good, 56 degrees which is a bit of a drop from last week. Water was slightly stained and the current was strong.

So on to ledge #2 and we got the same results!

Now, the pressure is on me because Bill is an accomplished smallie fisherman, from VA to Maine, he gets them!

Now it was on to Bob's hole which was now more than a foot deeper. We started just above it and I got my skunk off. 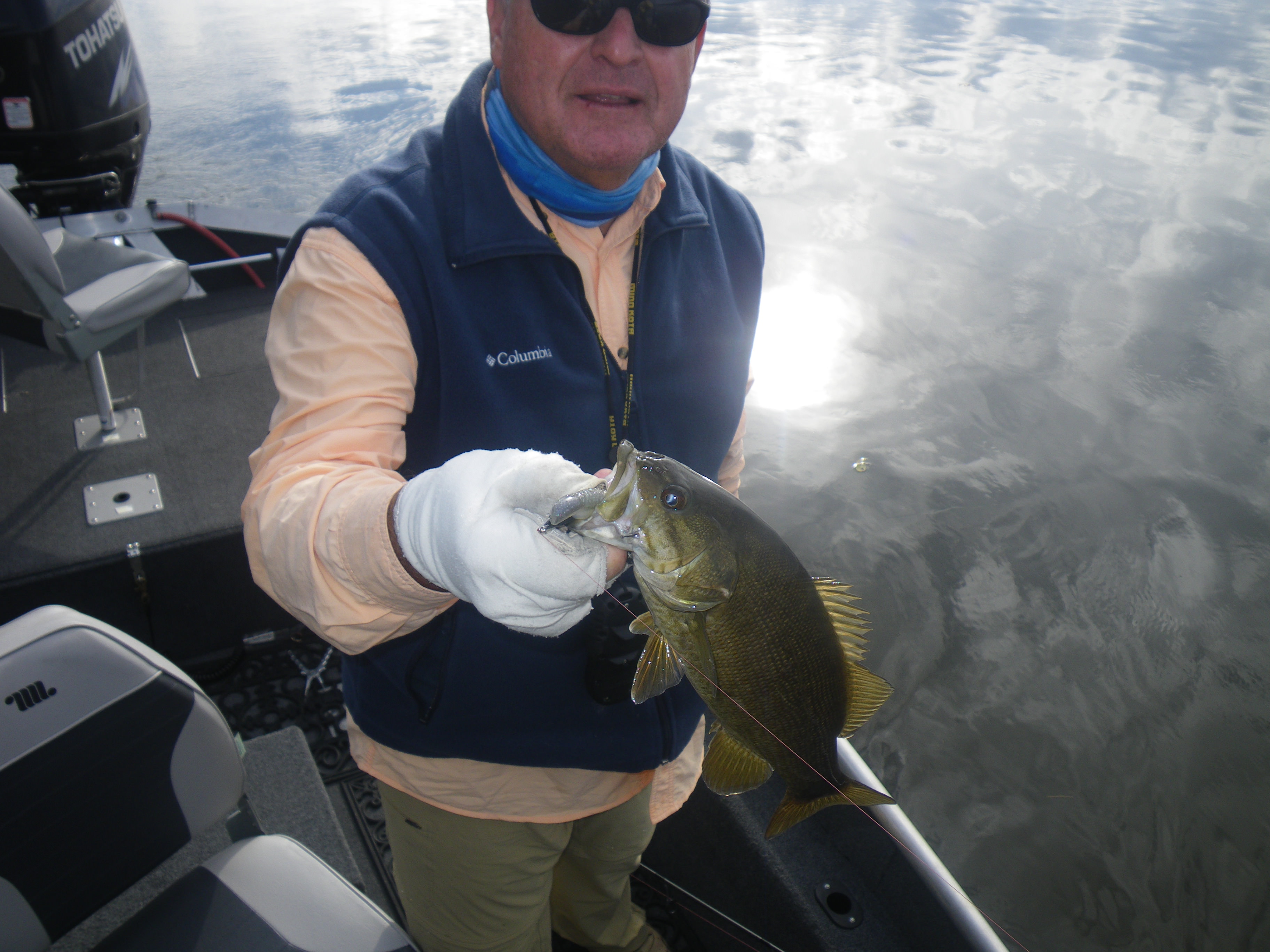 I then caught another and Bill got his skunk off. 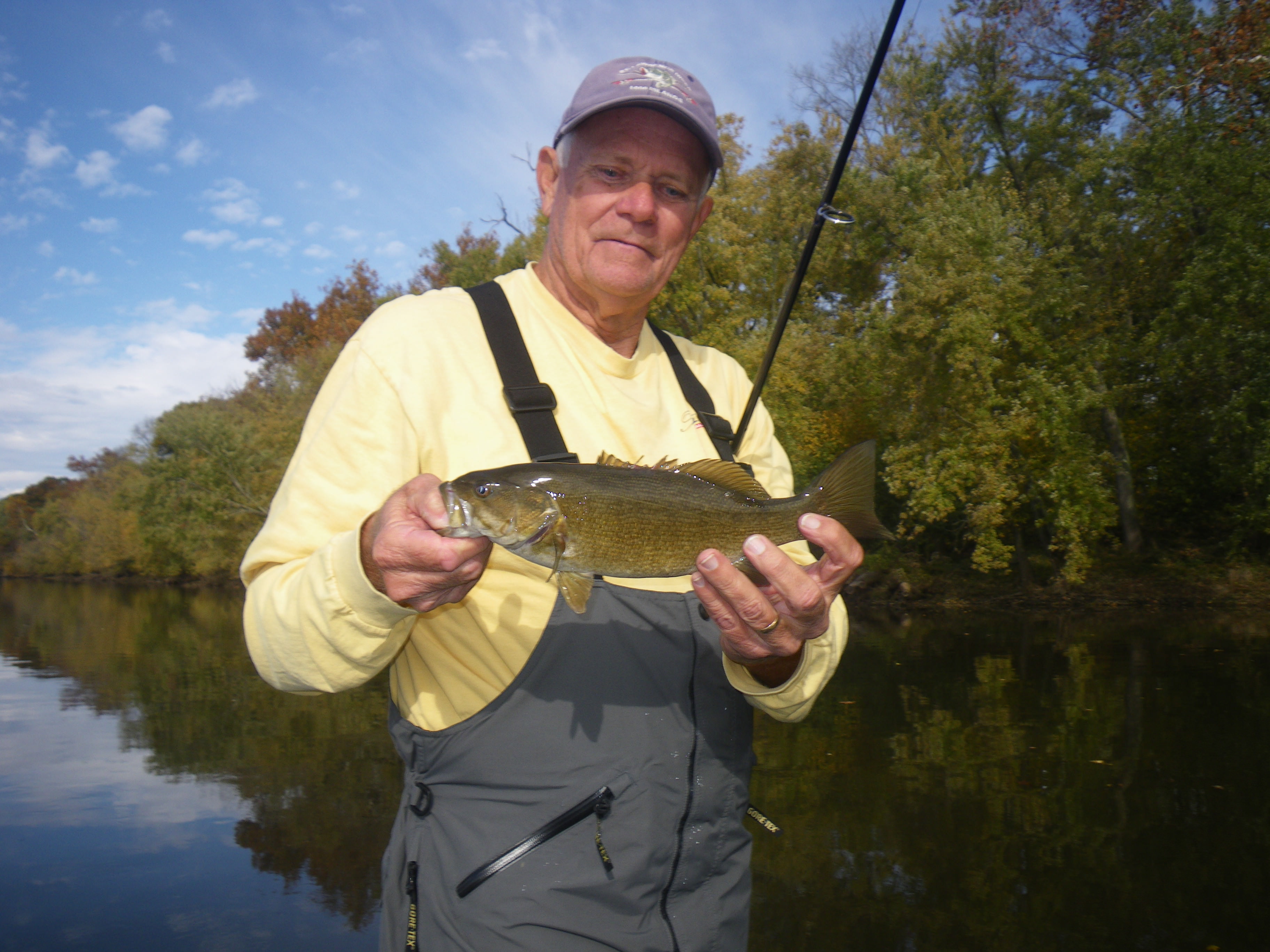 There is a story on my 2nd fish. I threw out my jerk bait but needed to adjust the TM. Then I got to yapin' and my lure was just floating. We then saw a fish jump....weird, since we had not seen that all day (nor would we see it again). But that fish had smacked my free floating lure and he caught himself. That was a good laugh.

We only caught 1 more so we hit the VA shoreline to no avail.

I then decided to run the chute and we fished it hard but no more bites so we decided to call it a day.

Bill had asked about Broad Run so I went to show him where it was. Right before you get to it, there is a ledge and I asked Bill if he would run it. He said, "why don't you try?",  so I did. It was easy. Good lesson learned (there were a few other lessons today).

Bottom line is that we had very few bites today and saw no action whatsoever.

Looks like I need to relearn the river and find out where they hide now.

Weatherman called for 40-50% chance of showers so we were ready. It rained for about 95 seconds. 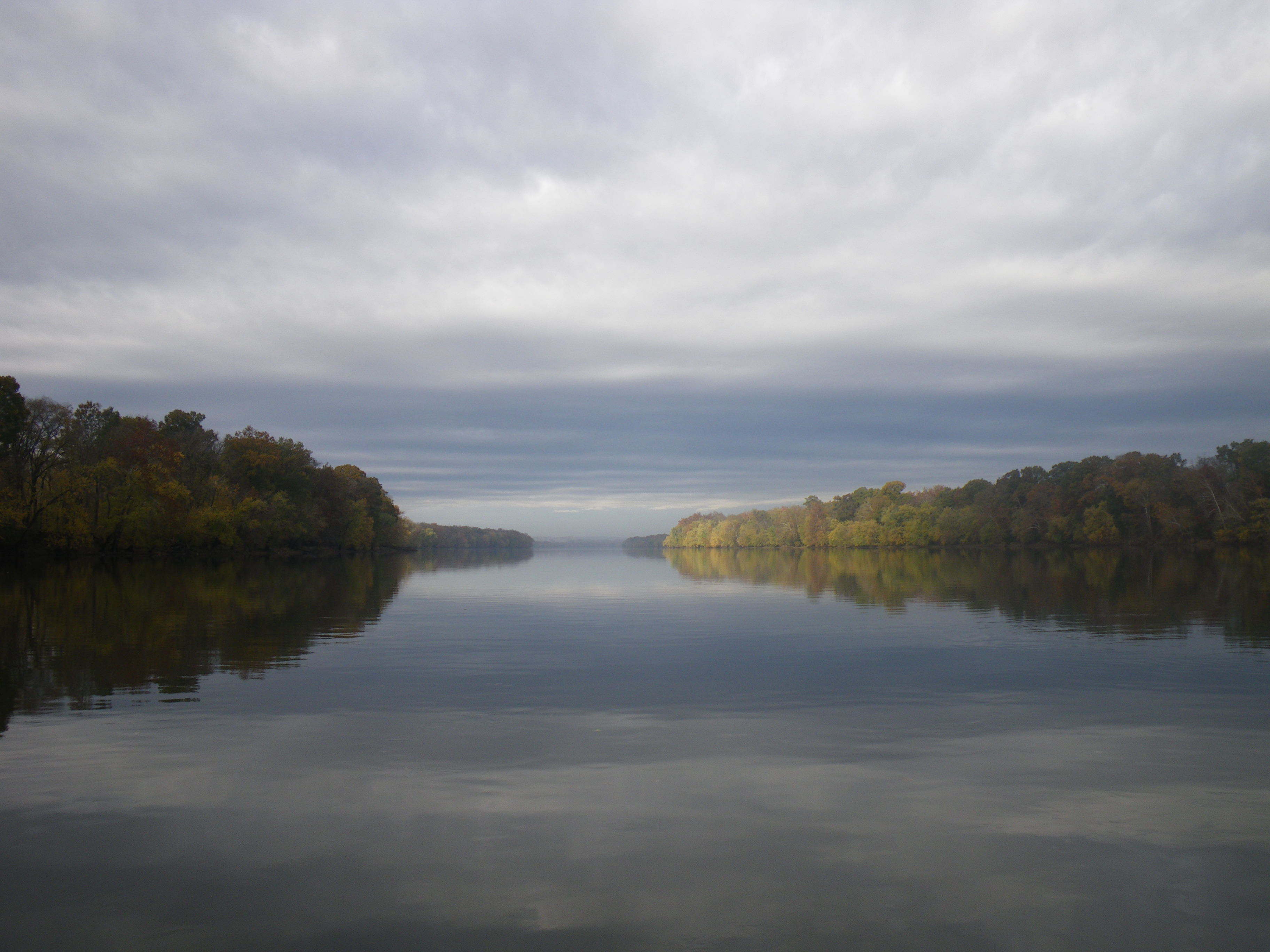 Yeah, it turned out to be a nice day didn't it...I shoulda taken a half day and gone fishing somewhere.

Missed the sunrise but that last picture is gorgeous with part of it lit up by the sun! Very cool dynamics. Tough fishing but thats part of the game isn't it? You think you know something but nature proves you otherwise. Unless you're Curly fishing the Ashburn lakes, in which case you know everything

Missed the sunrise but that last picture is gorgeous with part of it lit up by the sun! Very cool dynamics.

I just happened to look upriver and saw the trees all lit up. It's only a Pentax point and shoot camera but it does a good job. Of course, you have to look for those opportunities.

Good to see you got out.  How is the grass/floating leaves?

Good to see you got out.  How is the grass/floating leaves?

Very little floating grass but an increasing number of leaves.

Your shoreline did not produce today....