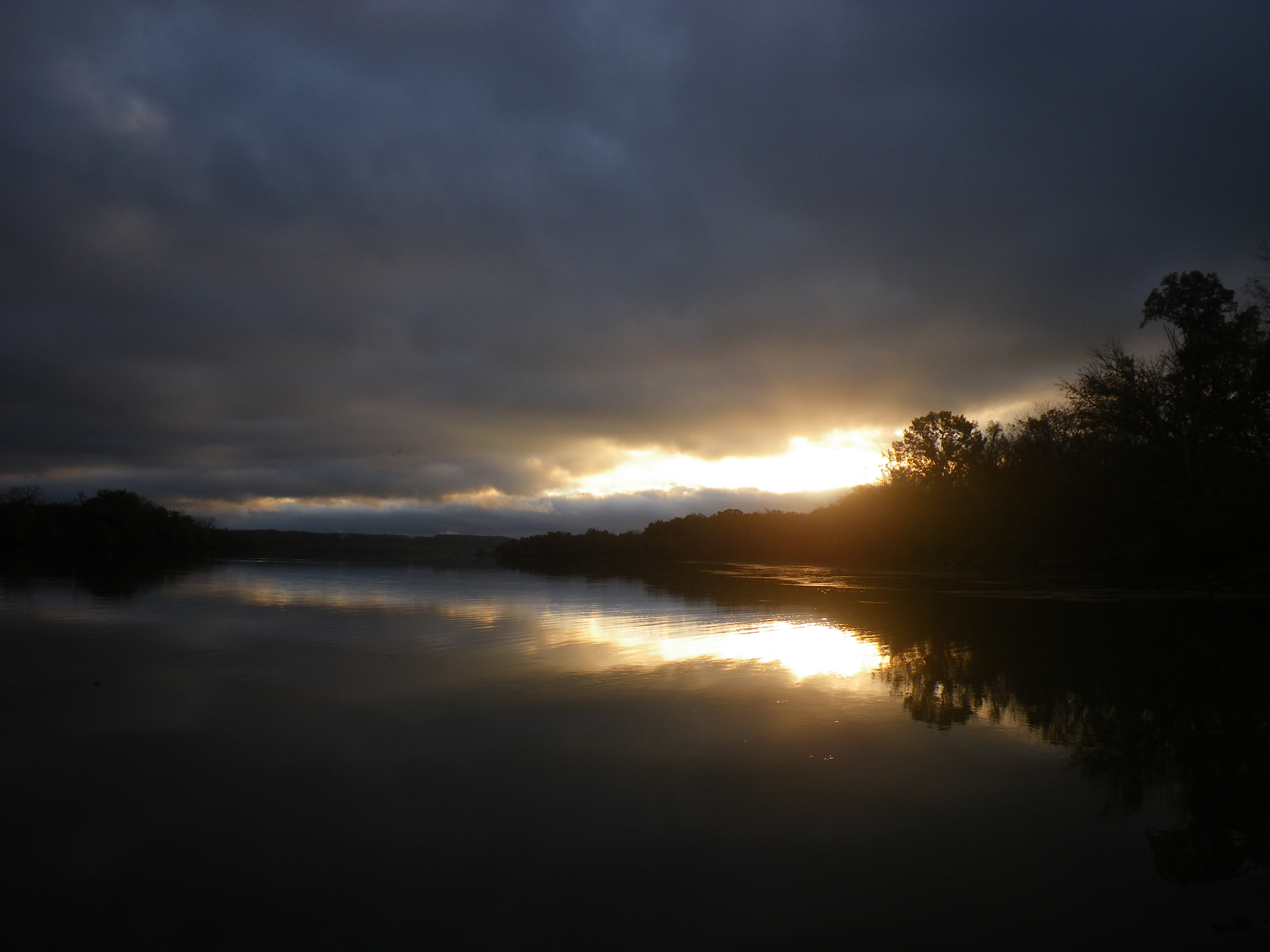 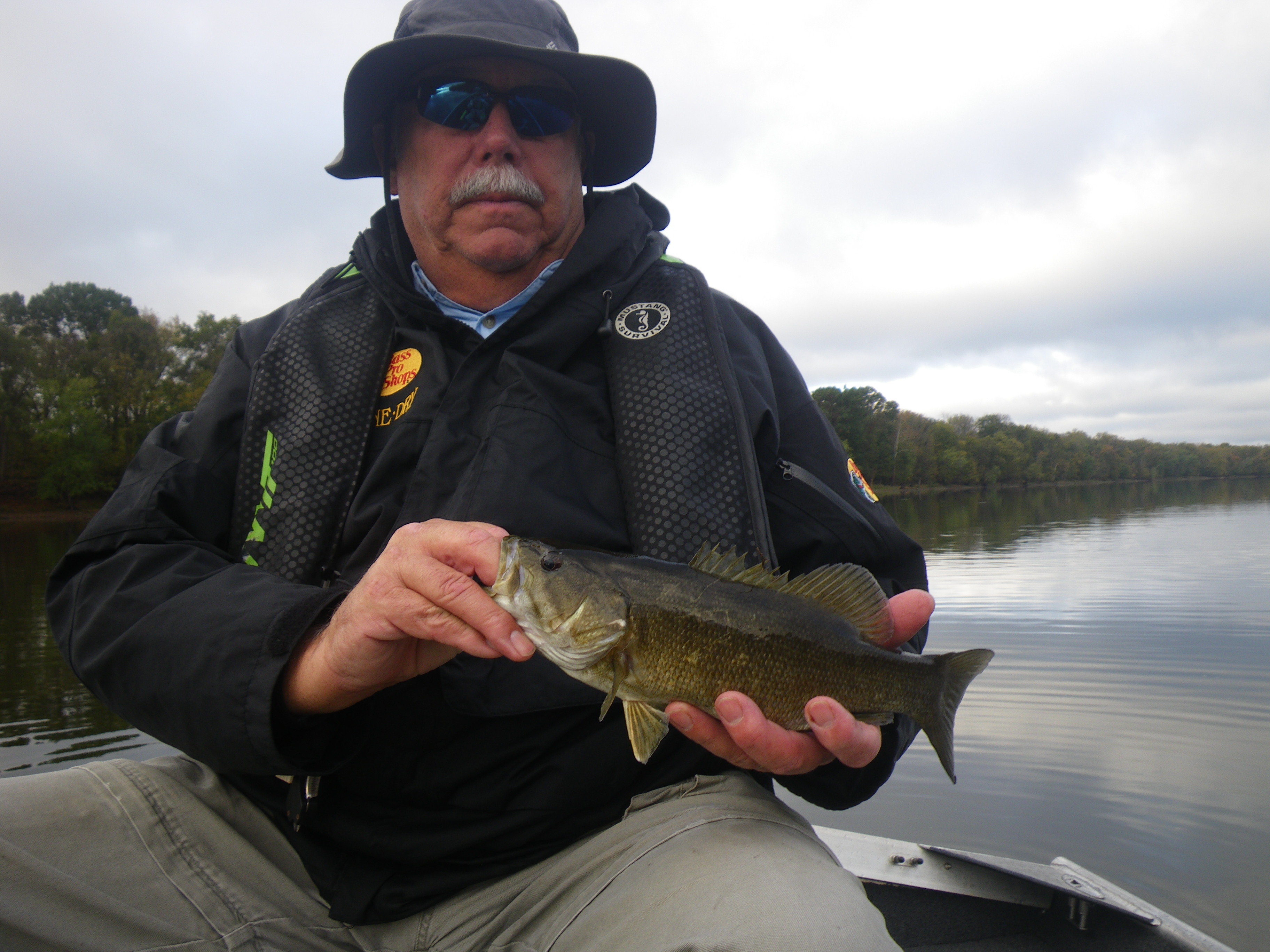 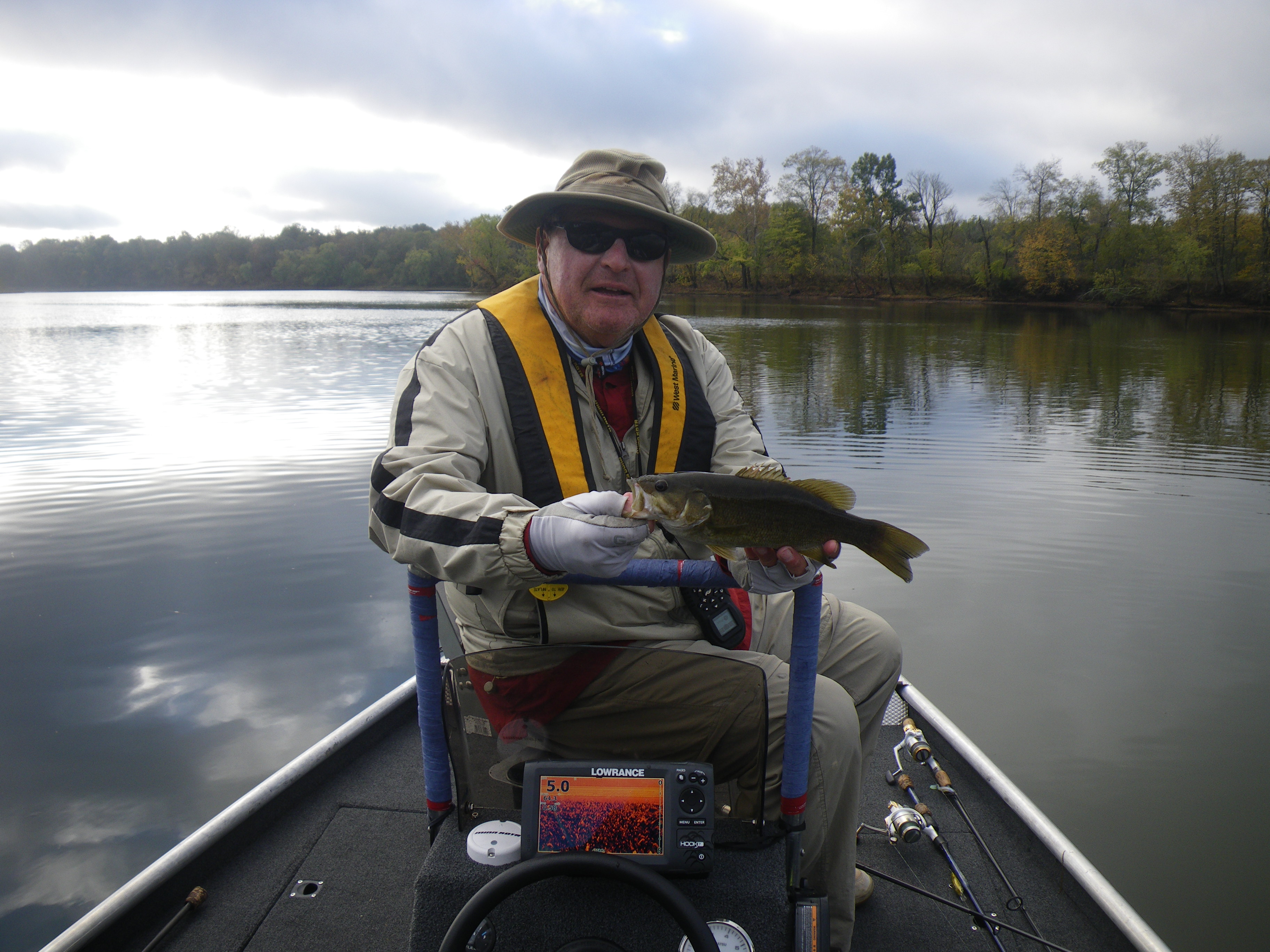 Both were healthy big fish wannabes!

Bob had many milestones set today.....1st ever fish on a buzzbait! 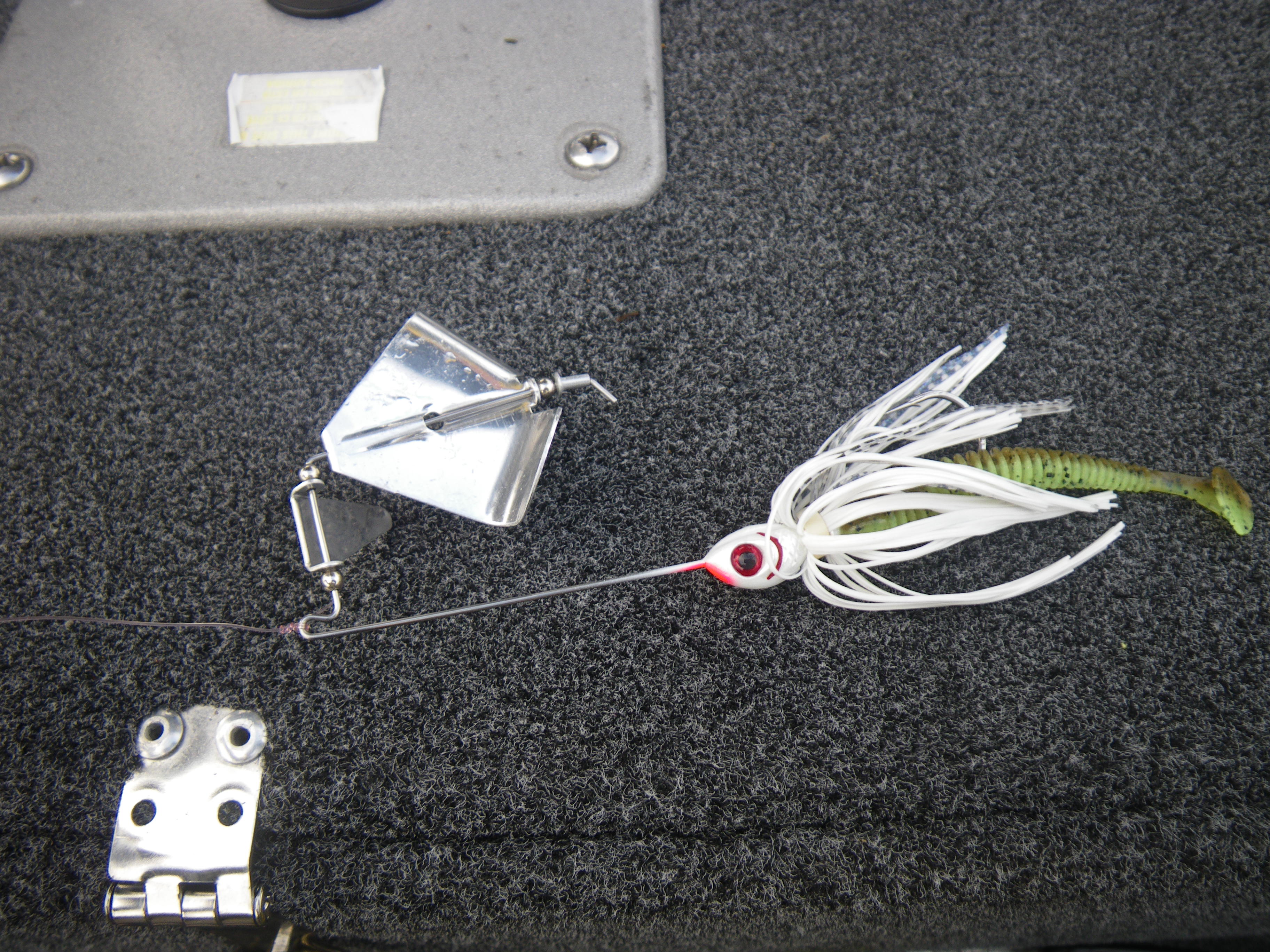 Bob had another big hit on the buzz but could not score. We both took lessons from Randy's success yesterday as I got one on the spinnerbait. 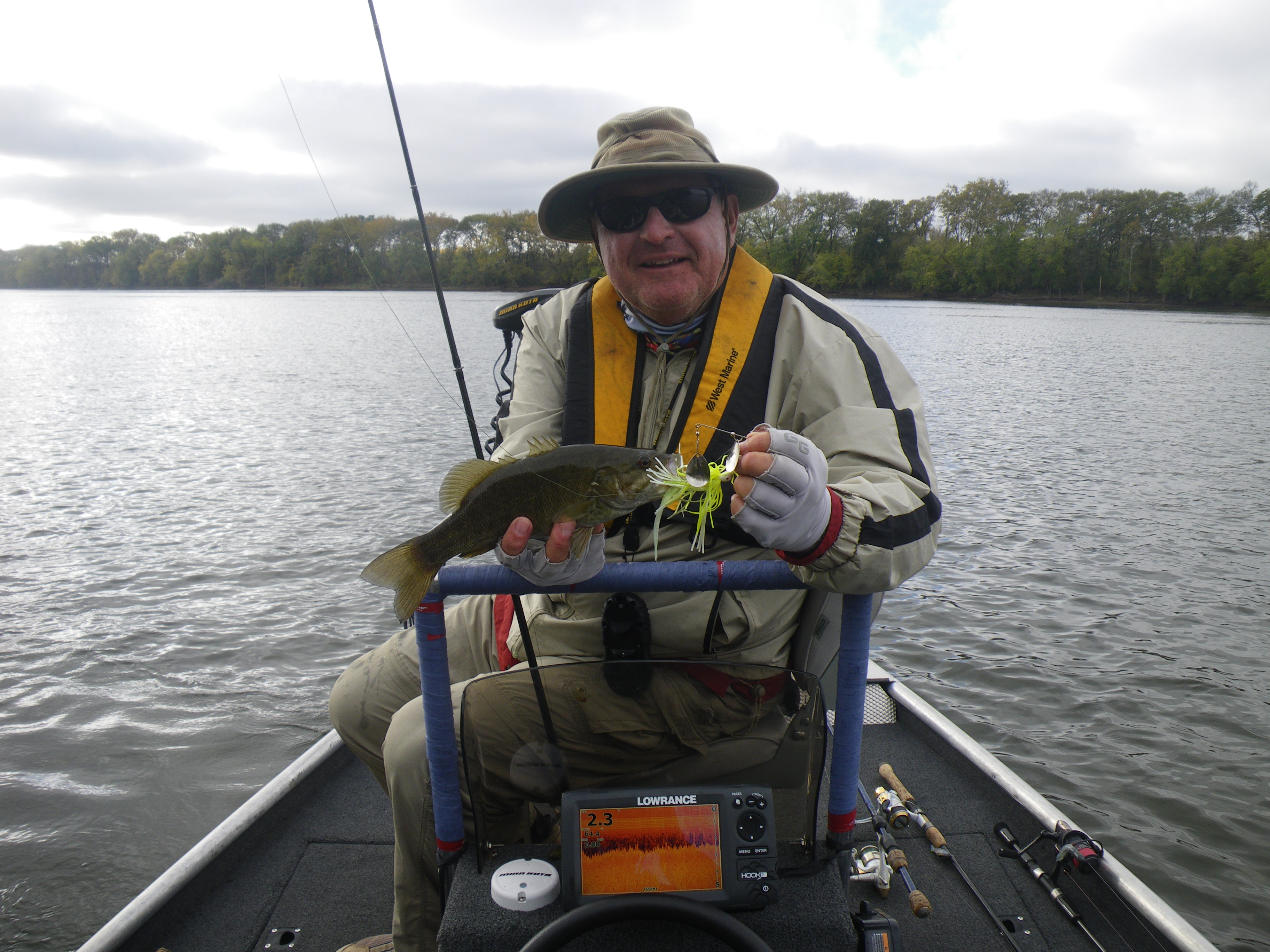 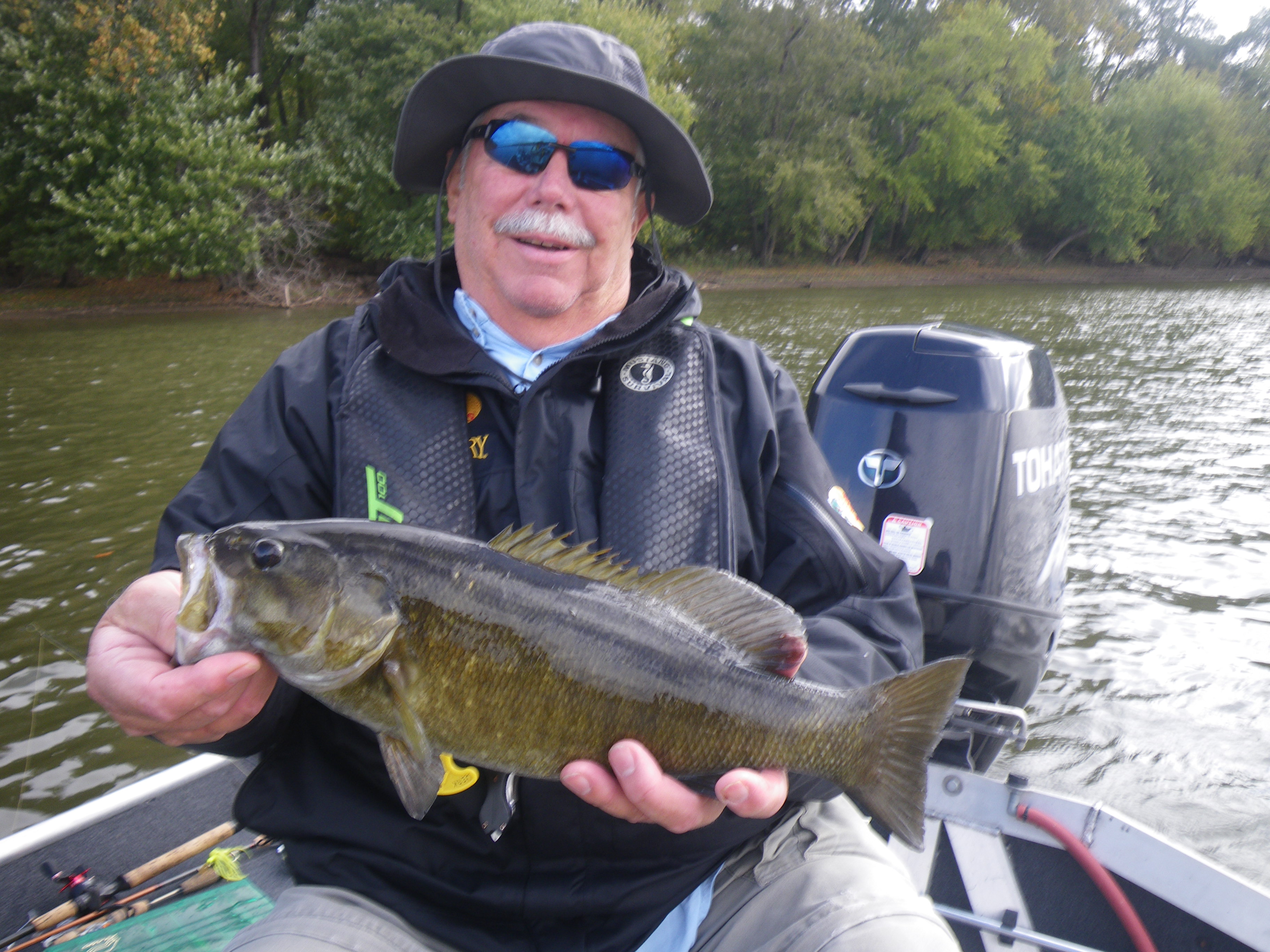 We then came to a spot where a shallow ledge came in to a deeper pool with a shallow, weedy area. We only know that because we stayed Spot-Locked there for over and hour and caught 12-13 fish! 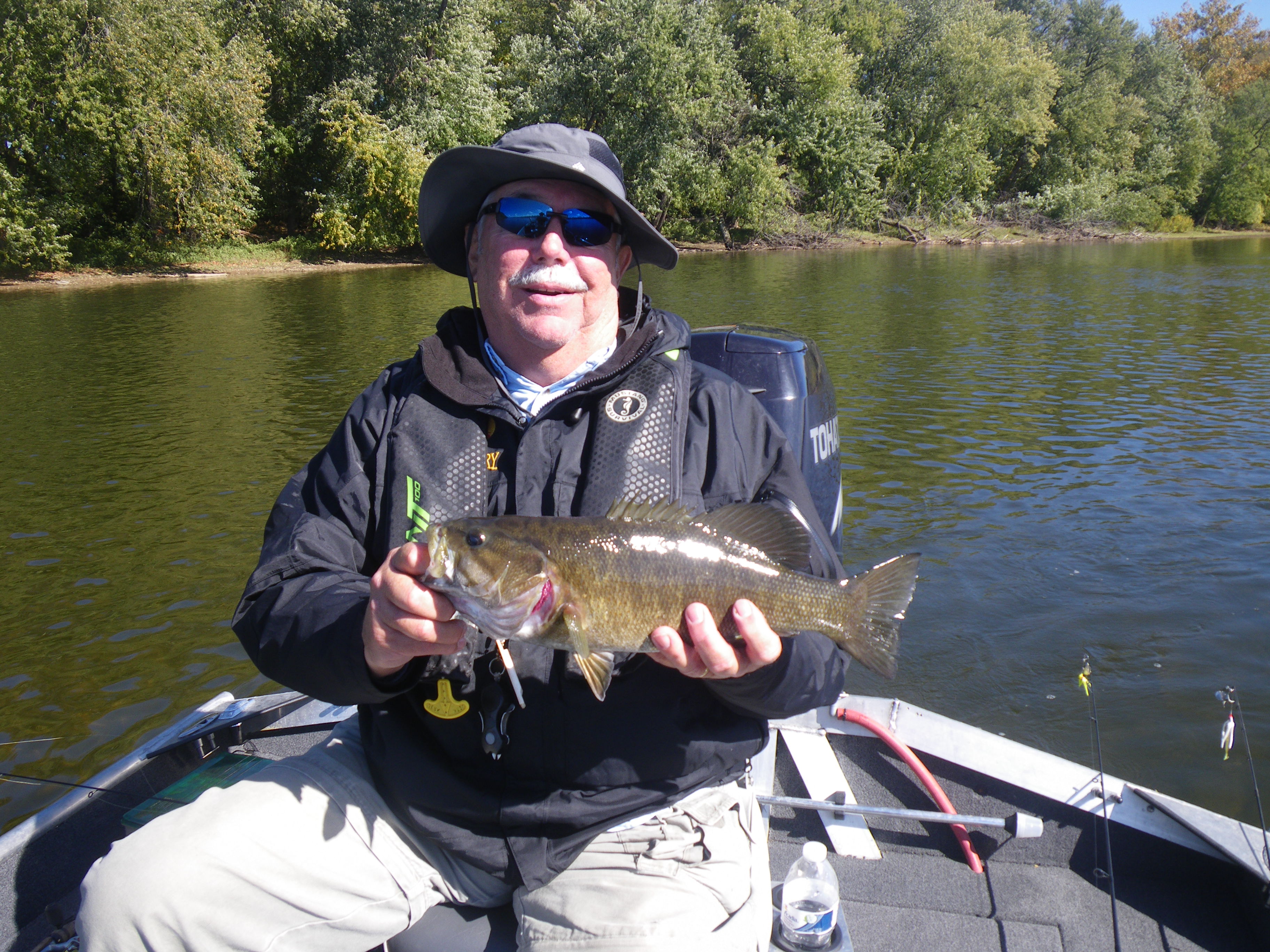 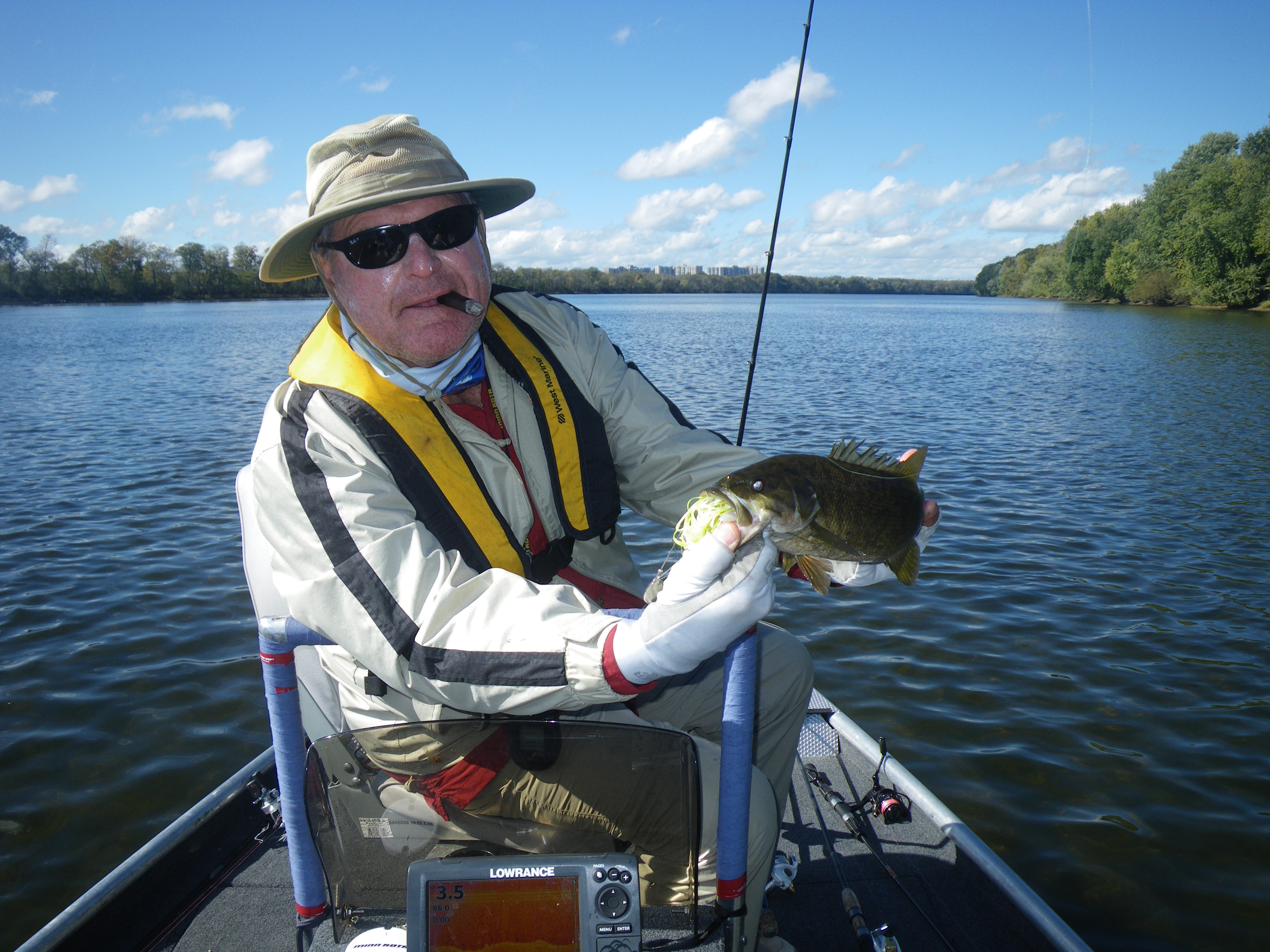 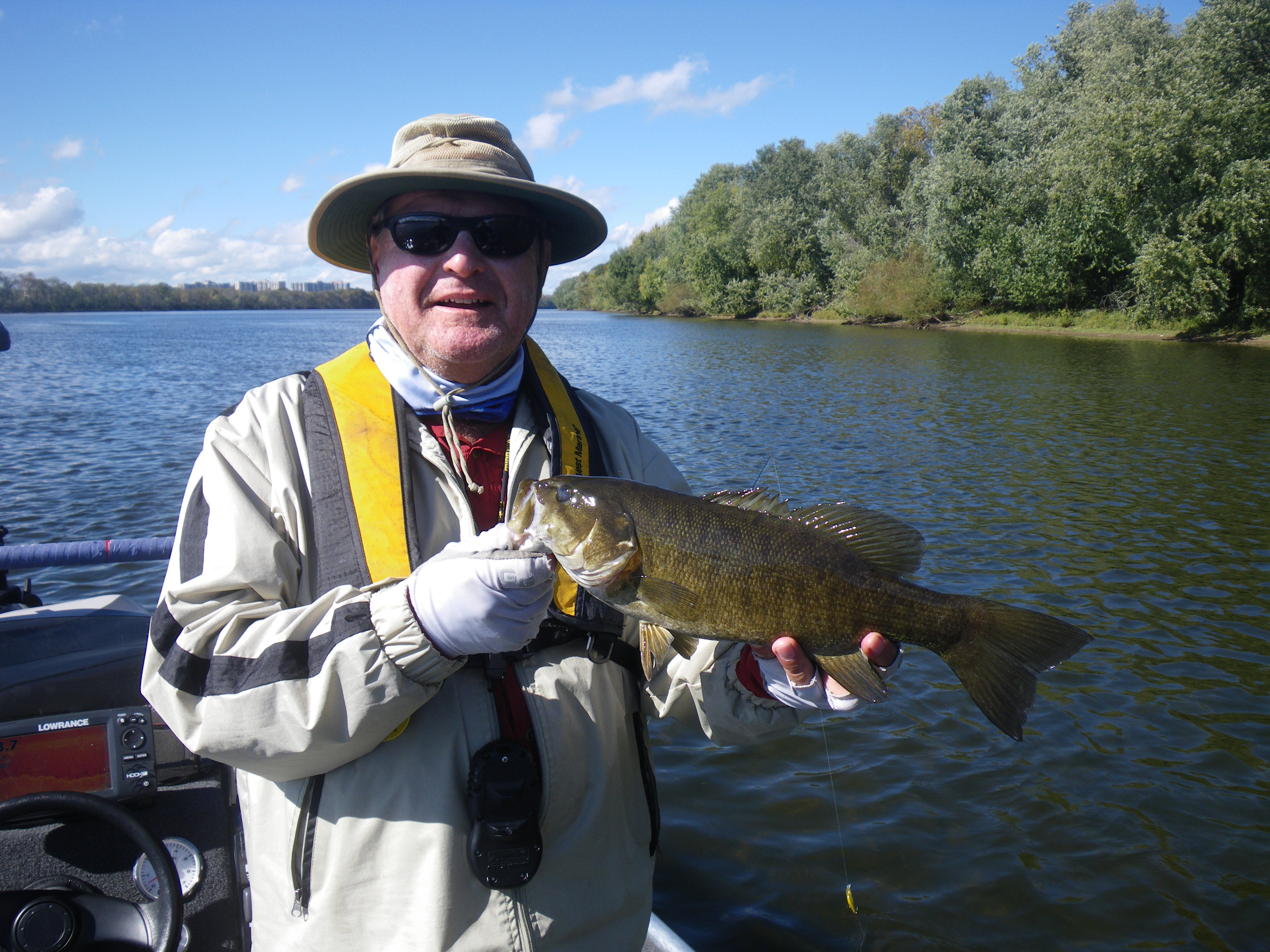 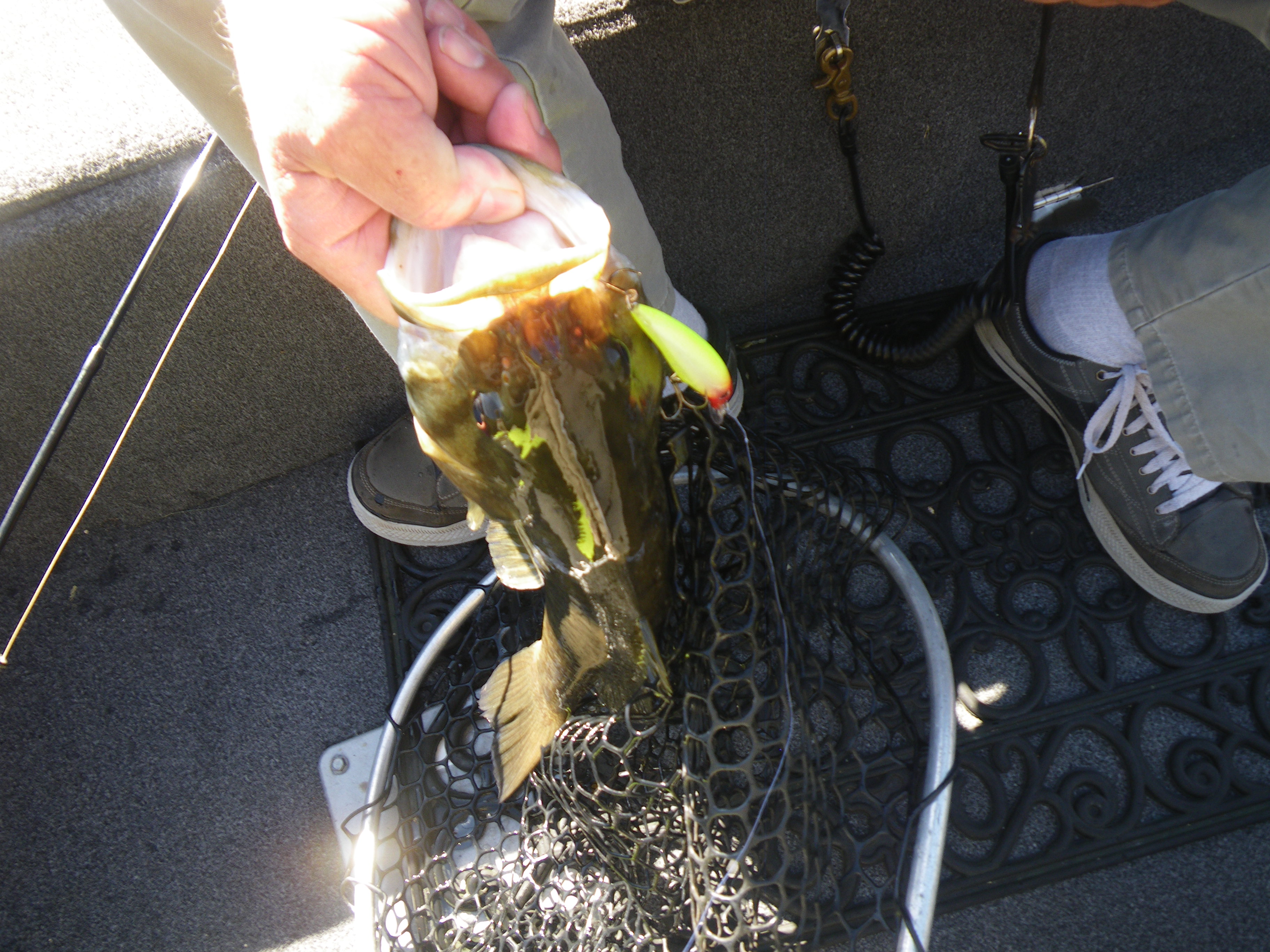 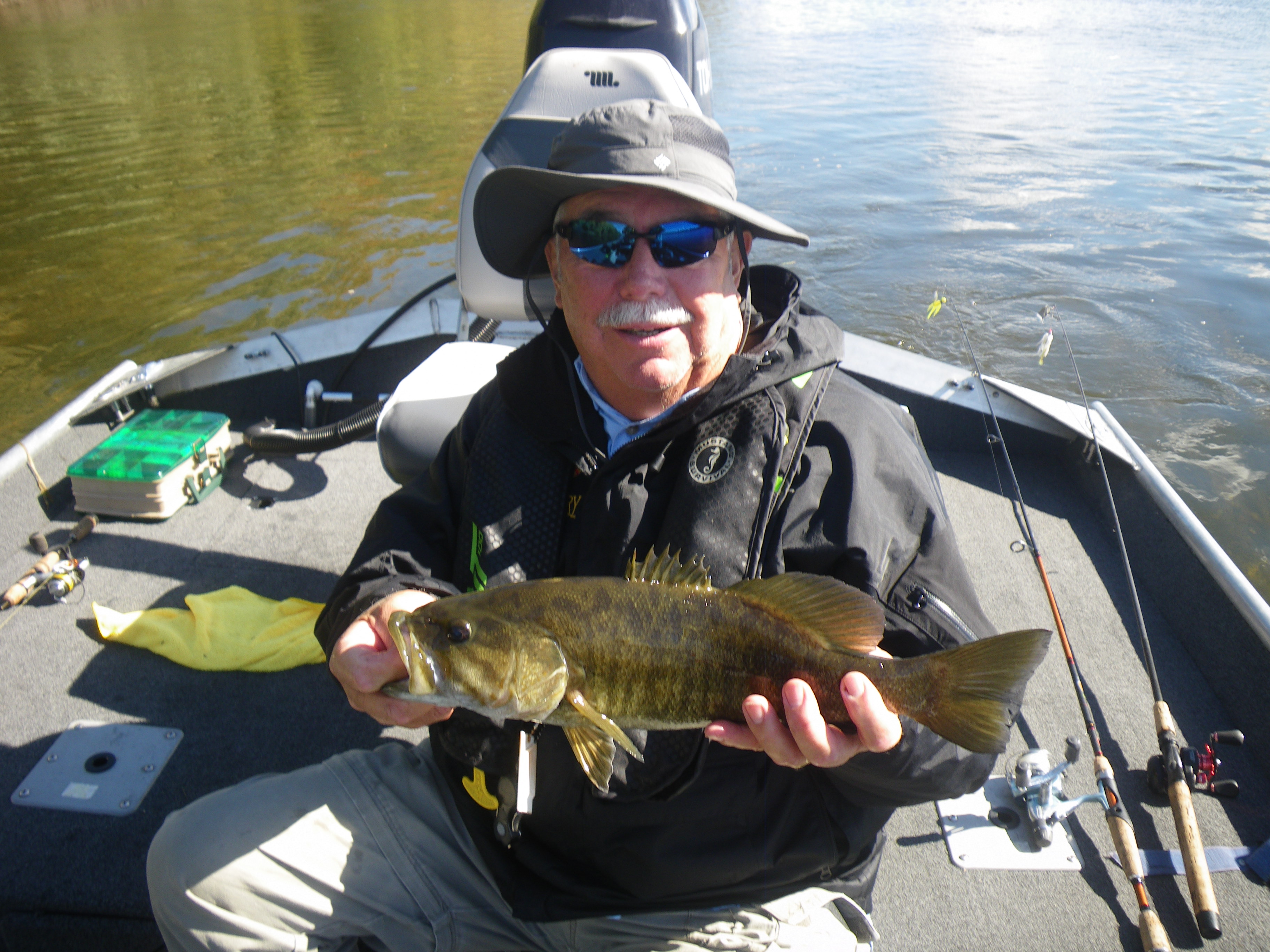 At one point, Bob caught 3 fish in a row at this place.

And he also caught a puny one but it was his 1st on a Ned rig.

I would say that Bob had a really good day.....

My 8 fish were caught on a tube, a spinner bait, a swim bait and the golden jerk bait, with my biggest going 17".

Bob caught his on a buzzbait, the clown X-Rap 8, a perch spinnerbait and the Ned.

All the fish were fat and healthy and swan away quickly with a tail splash for good measure.

We were off the water by 2.....beautiful day out with some wind but it was manageable.

That is awesome! Do you think the hot fishing will continue with the cooler temps?

Do you think the hot fishing will continue with the cooler temps?

you're making the itch come back!!!