I went back to one of my usual spots on the North Fork of the Shenandoah.  I brought both of my bug chucker rods in support of my effort to win the annual PRSC fishing contest fly rod division by being the only person entering.

Started out with my 8 wt, throwing a crayfish/hellgrammite pattern into the place I lost the big 18-20" smallmouth a few months earlier.  No luck with that specific fish, but I got bites and follows and kept fishing.  Eventually picked a 6" out of a pack of persistent following smallmouth.  Next up got an interesting 10" fish which shook off as I was reaching for the leader to unhook.  Then I had a good extended tangle with an 11" fish.  I was able to keep that on the hook so I could remove it myself: 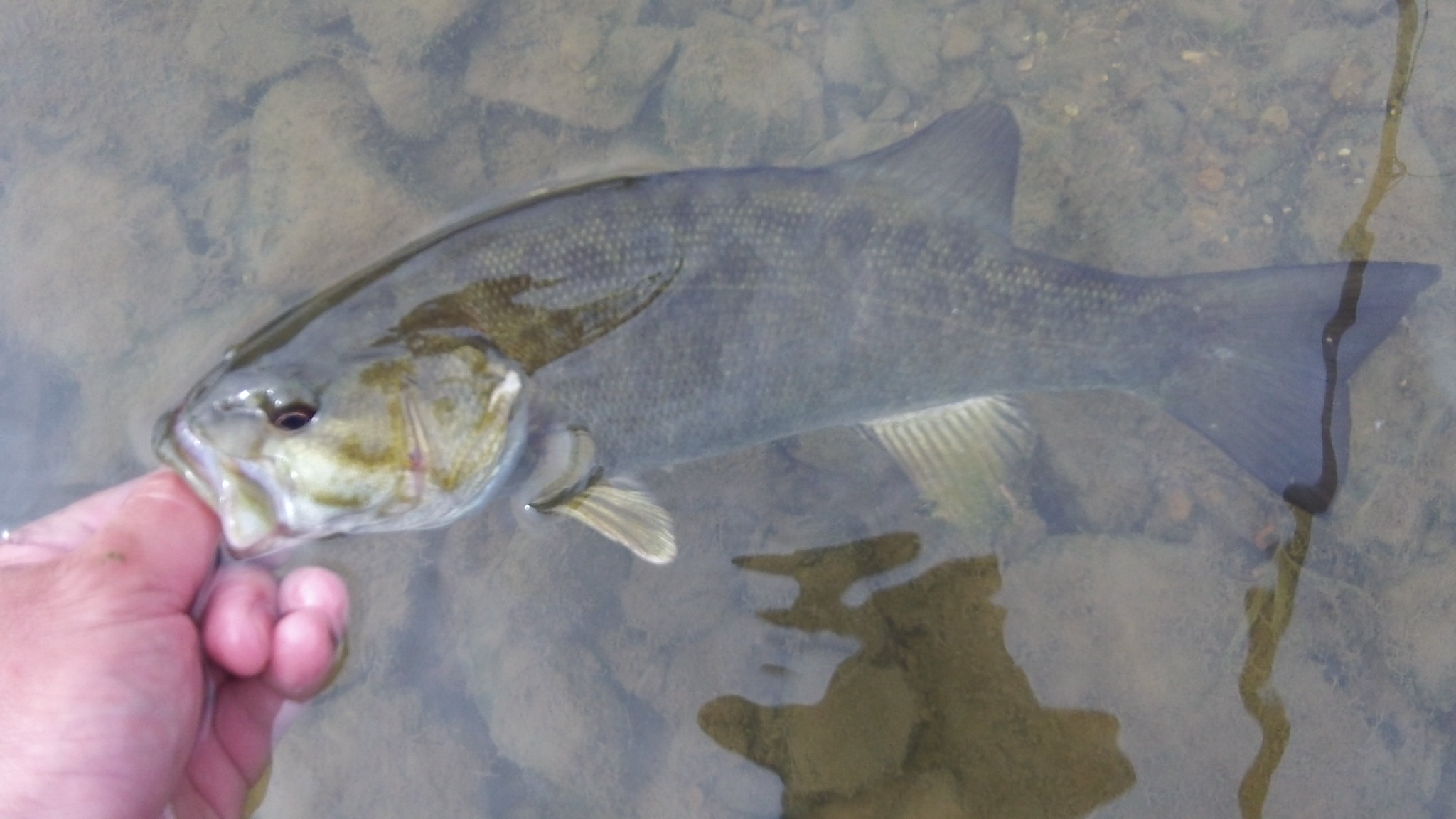 The sun was getting up high, so I downsized to a surf candy saltwater fly I trimmed down.  This didn't work out so good, I was only able to hook another 6" pack smallmouth.  On to a clouser, this got a 6" and a 9" fish and an ambitious redbreast sunfish.

As the day got later I decided to put away the 8 wt and take out the 5 wt and pick on the sunfish full time.  I fished a beetle pattern on top with a variety of droppers.  The droppers got most of the remaining fish, the highlight being a 10.5" smallmouth on a bead head nymph below the beetle.

I fished four and a half hours, starting mid-morning, landing eight smallmouth and four redbreast sunfish.  While I'm feeling better about the river after this, though the sunfish action wasn't like a remembered it.  There's still not much fallfish or rock bass going on, so I'm still concerned about the smaller end of the fish food chain.  But this is encouraging.

Thanks for the report!