John, Matt and I met up with Capt. Dennis at 11a. We would be fishing out of Chesapeake Beach. As we started to get our things, I saw this! 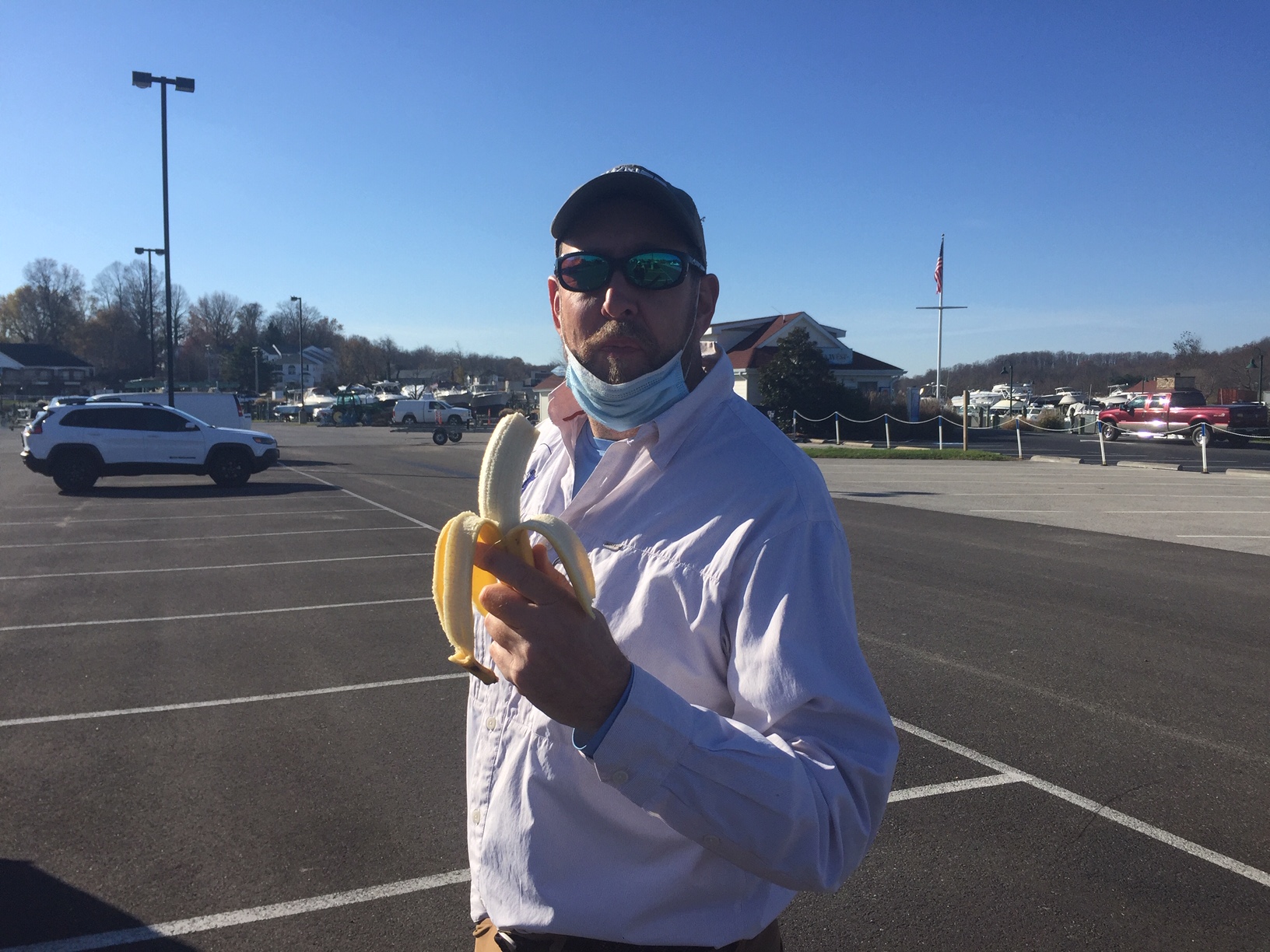 We got the boat splashed... 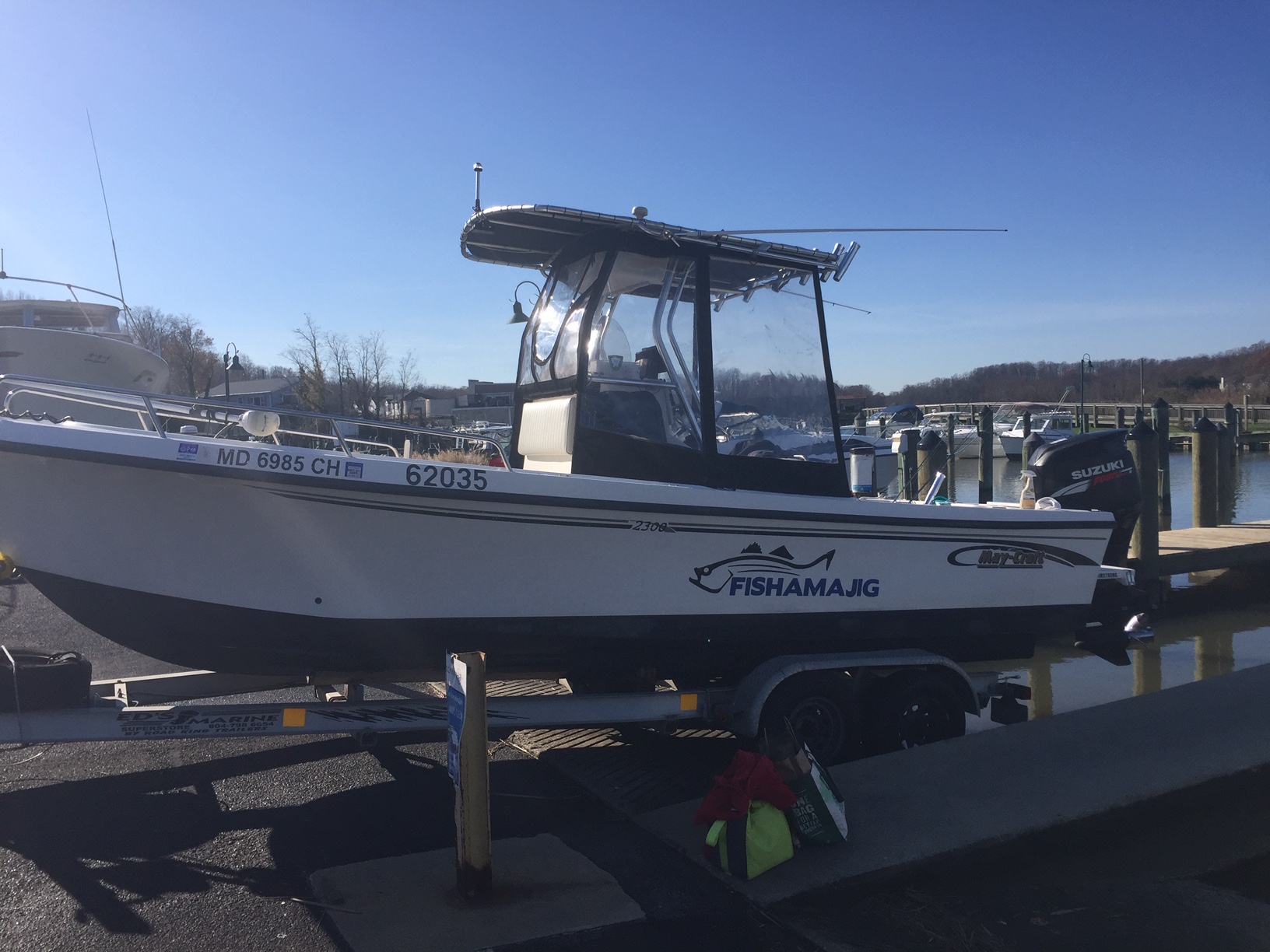 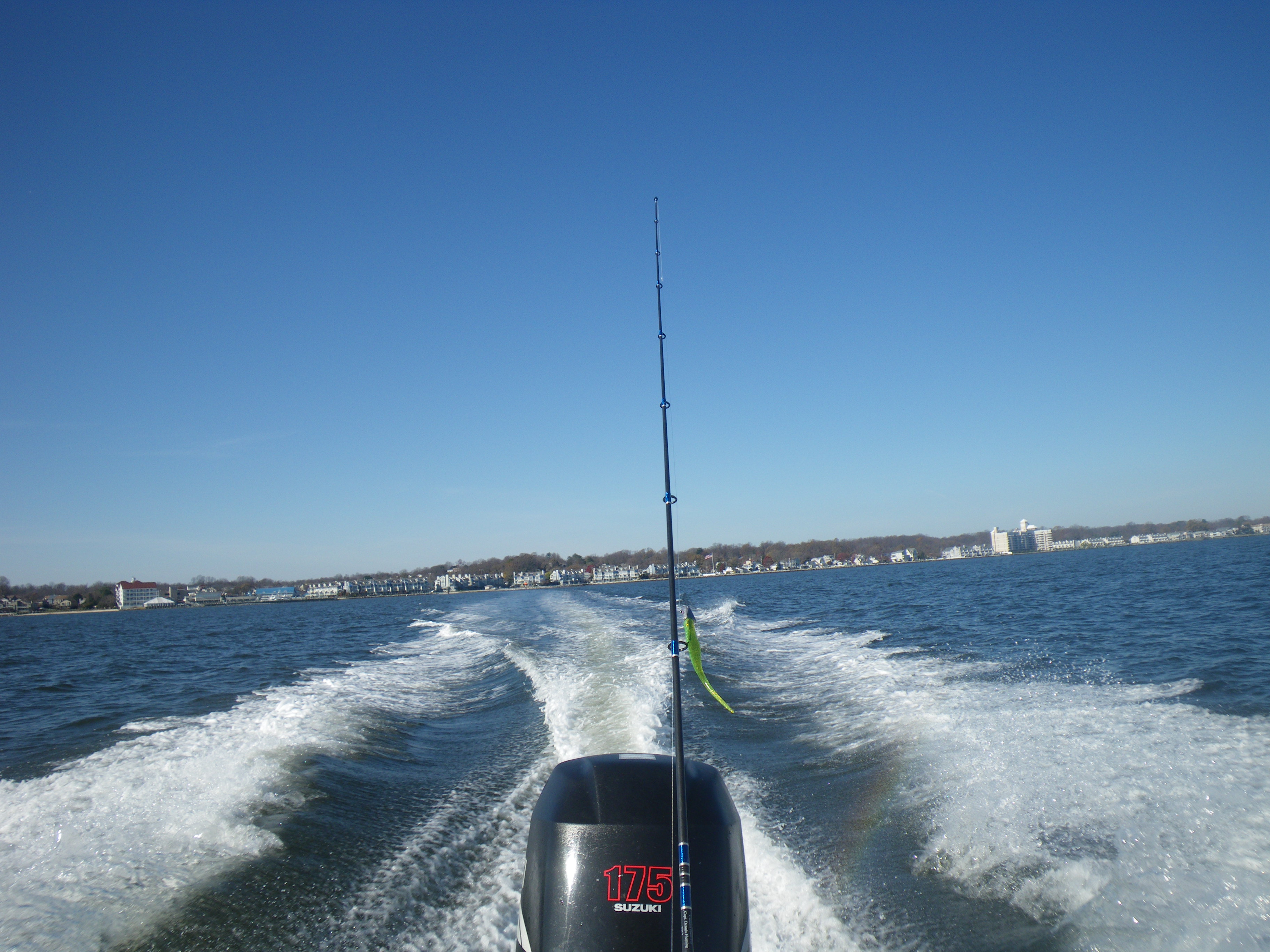 The plan was to get over to Eastern Bay (we later heard there was a good bite but lots of dinks) but some birdies diverted our attention and we caught some fish! 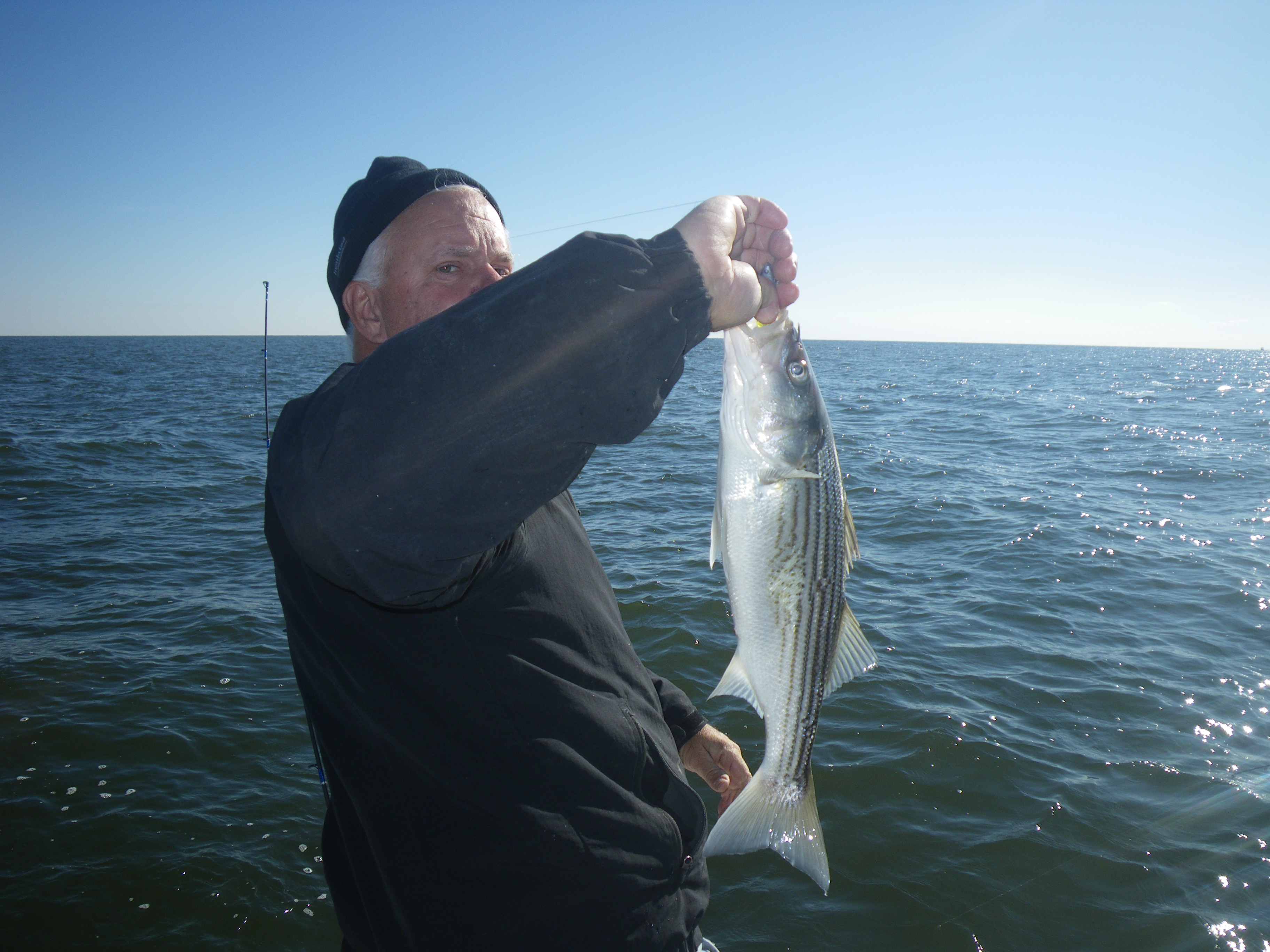 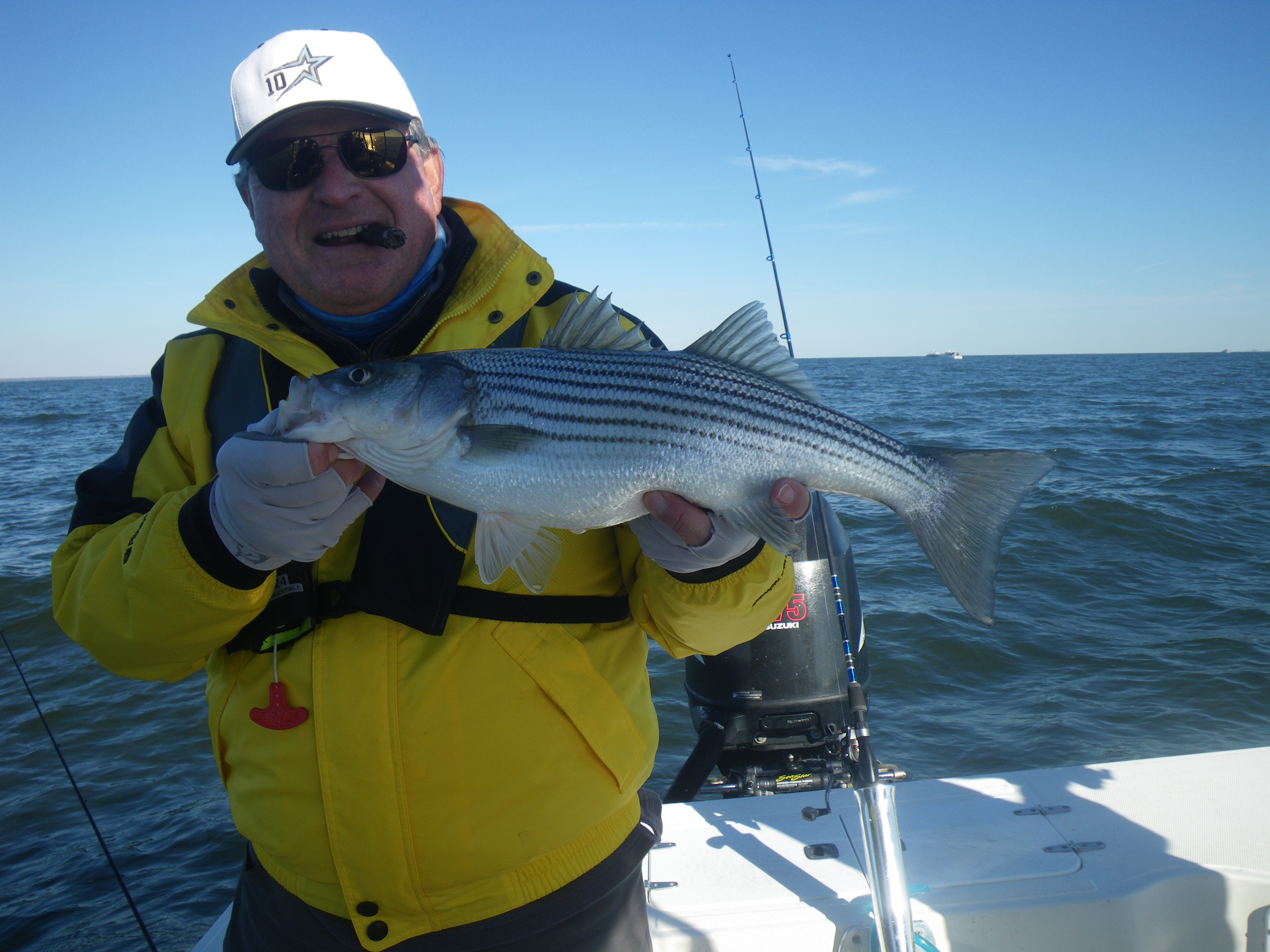 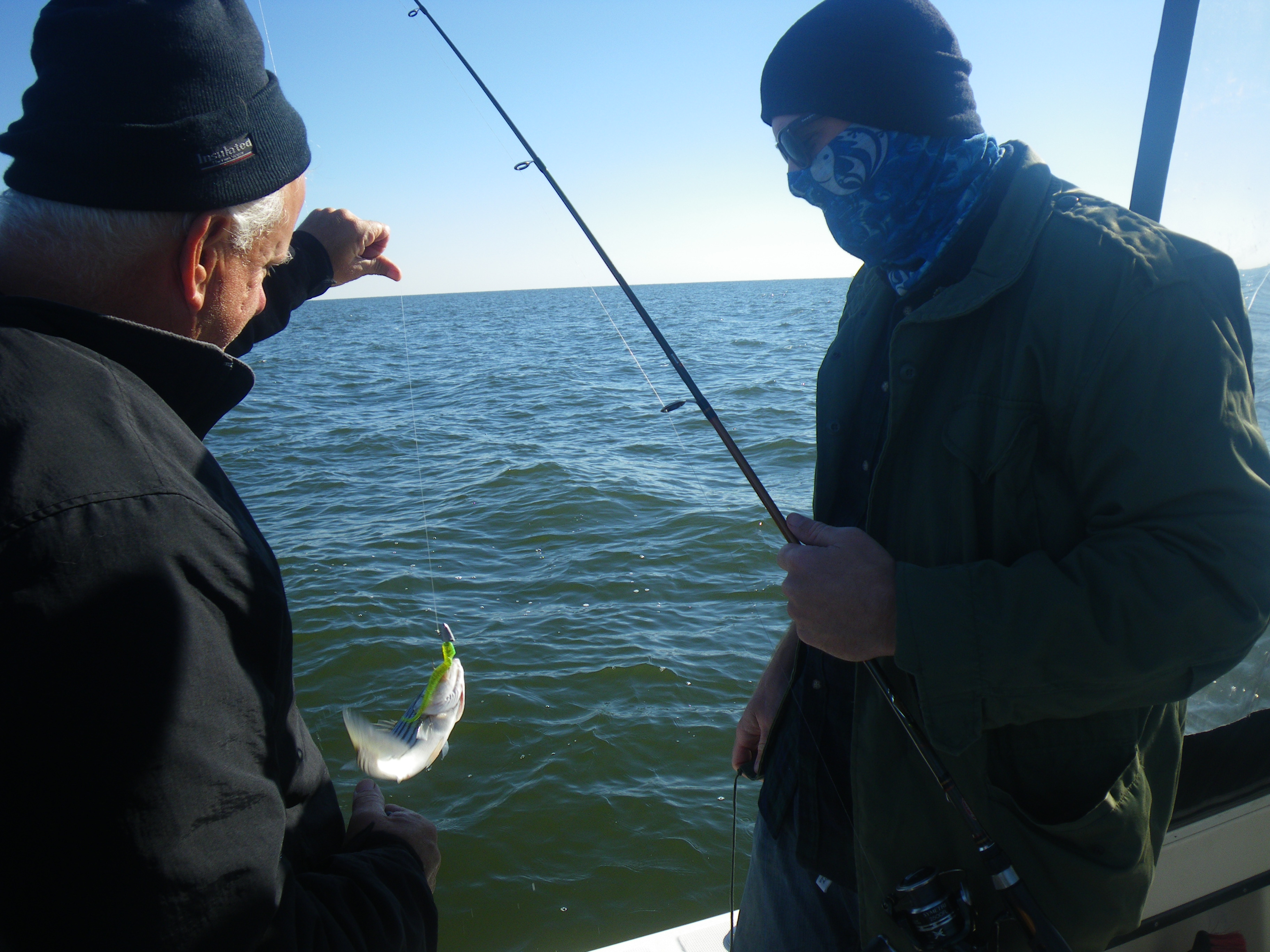 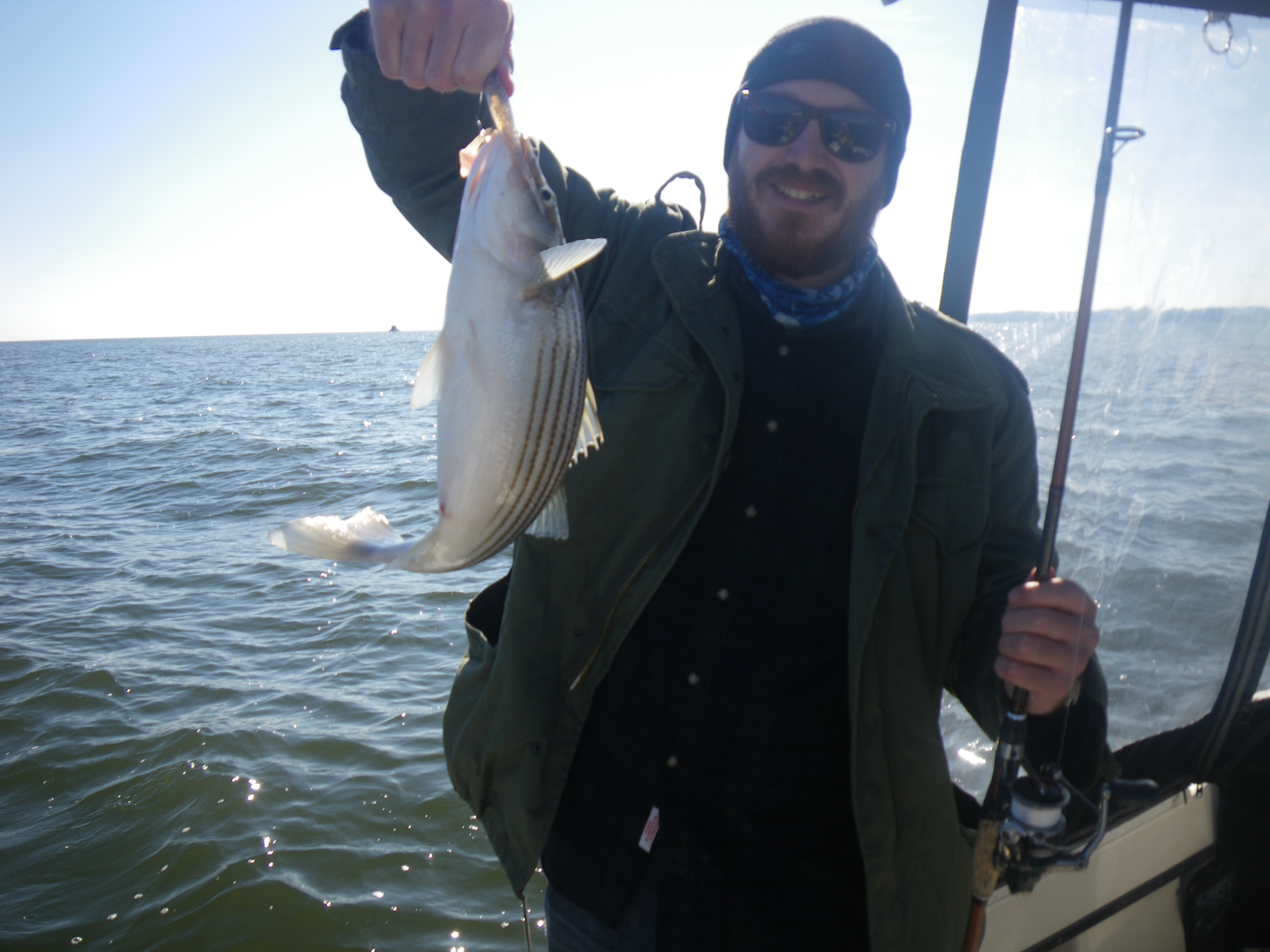 We had enough of that and headed on over to the new target area, the mouth of the Choptank. There were many birds working but lazily. No real beehives...but quite a few boats, some which we knew.

We picked up a fish here and there which kept thing interesting but it was not a hot bite for sure.

Matt had the hot hand at 1st (we eventually caught up). 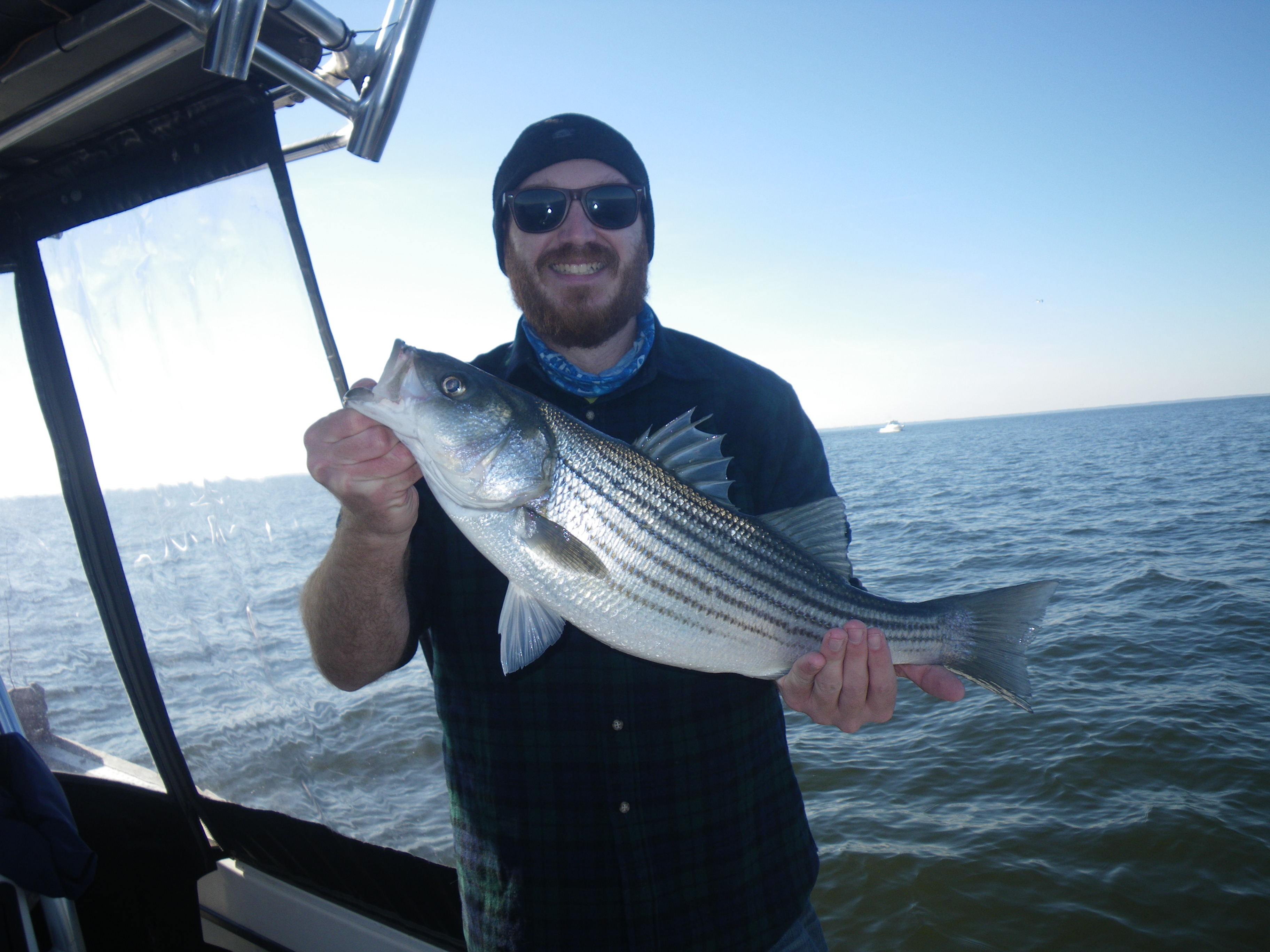 Some of the fish were smaller so no pics.

We decided to make a move and went to an area that was just barren. It was on a ledge. Oh, oh...now what.

We had 3 choices but got interrupted when John saw some birds so we chased. Like almost every other time, the birds would stop flying around when we got there. It was frustrating.

All of the sudden, the FF lit up and it was GAME on!! No boats and no birds around! 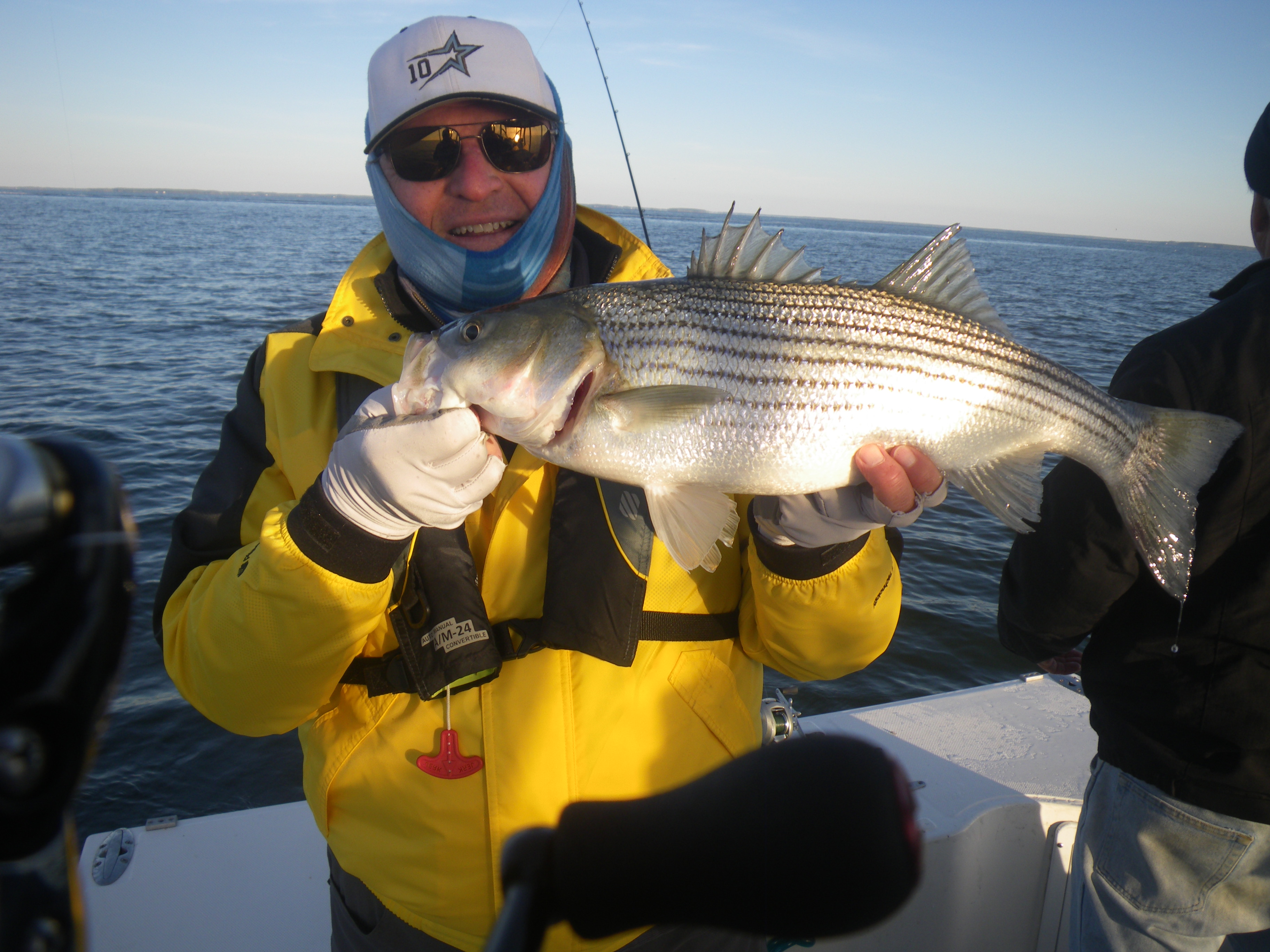 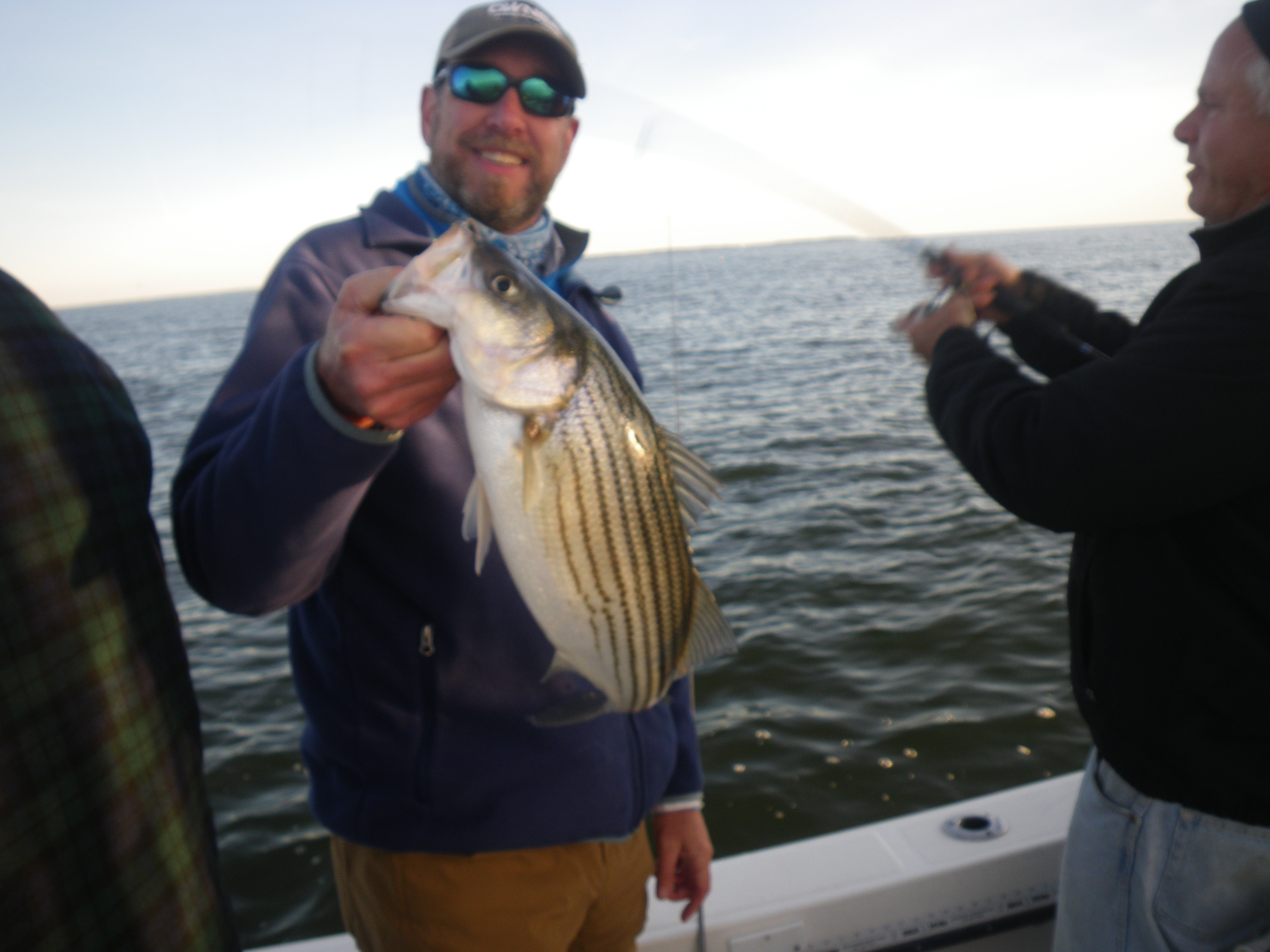 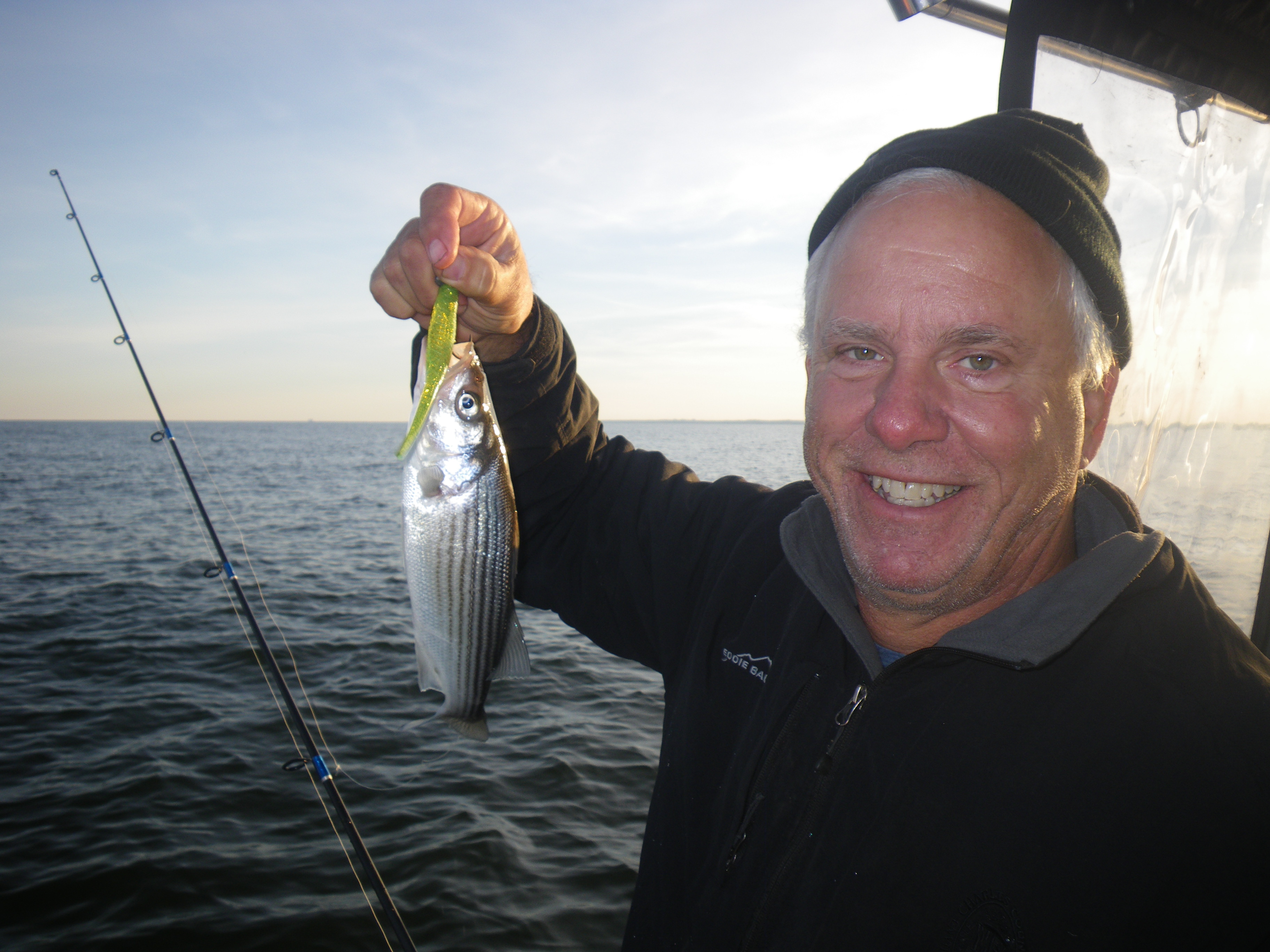 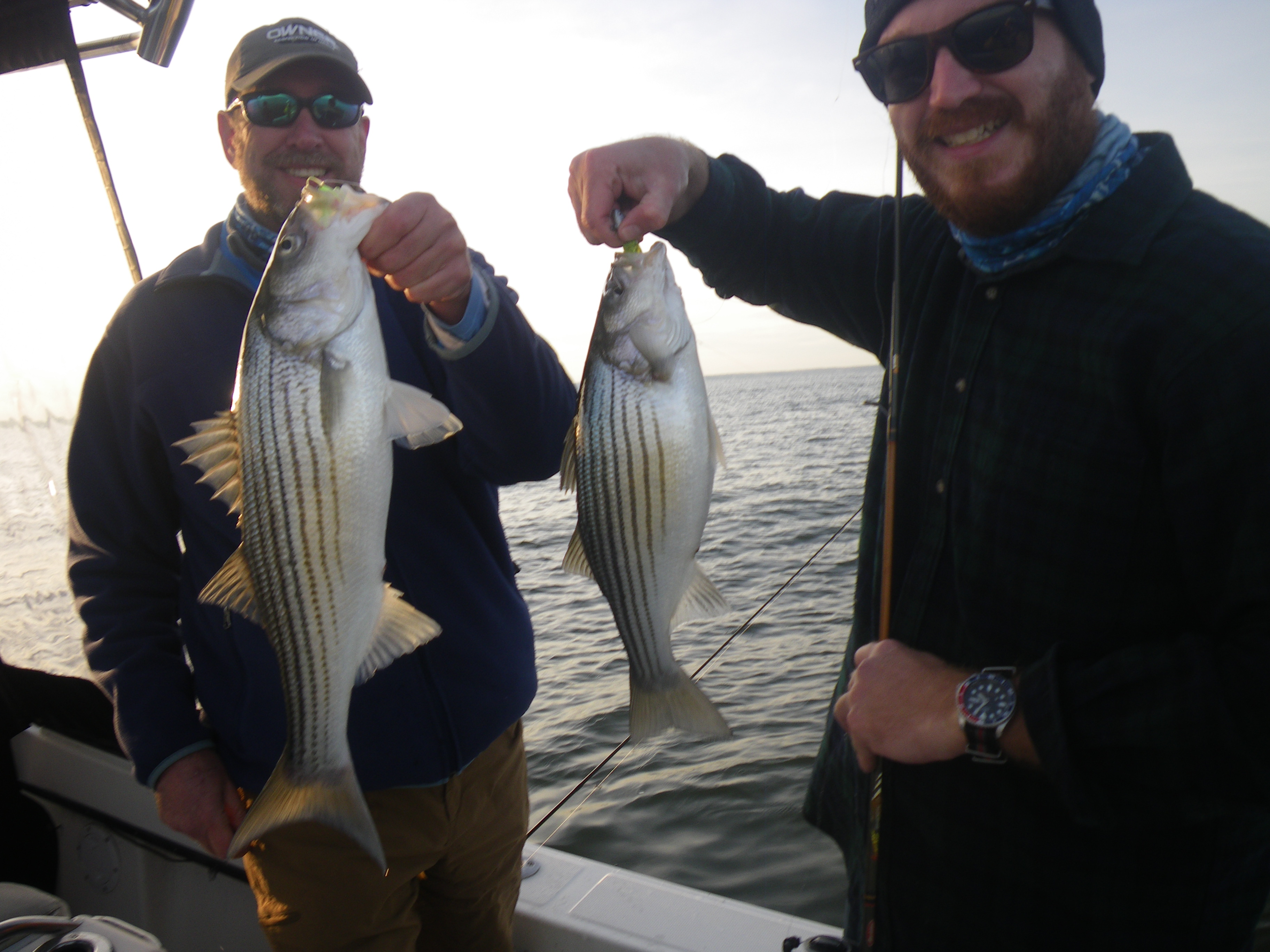 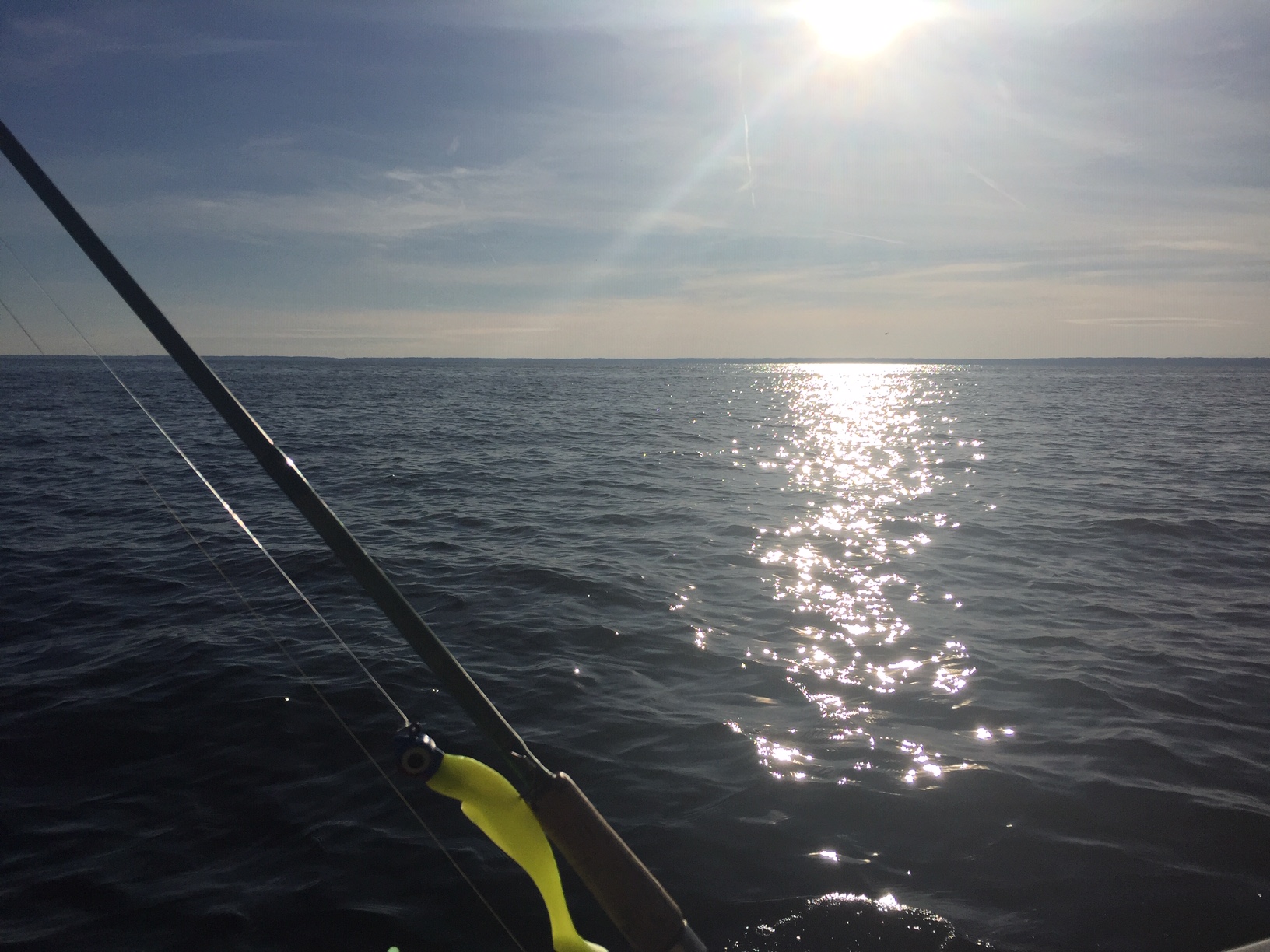 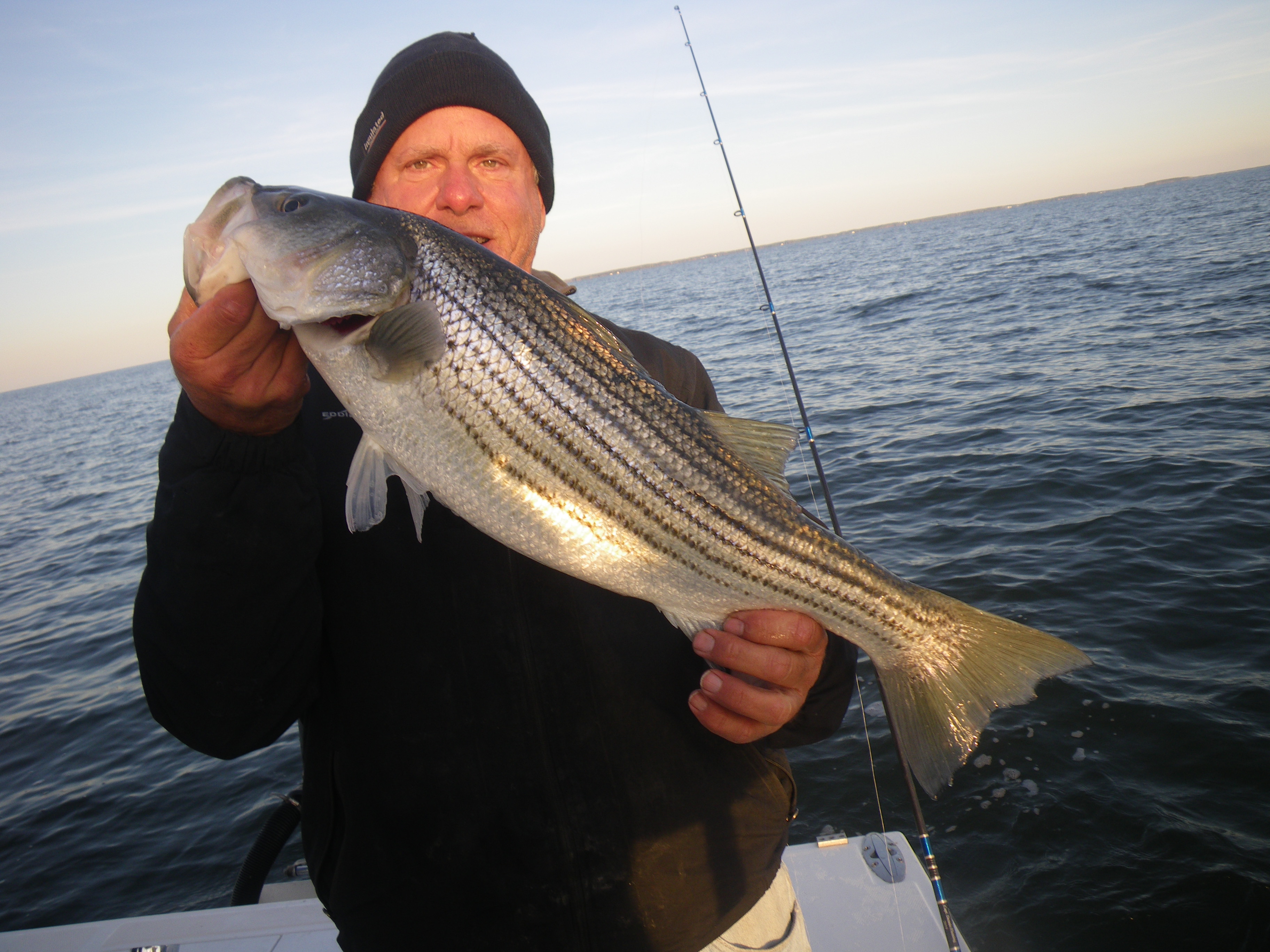 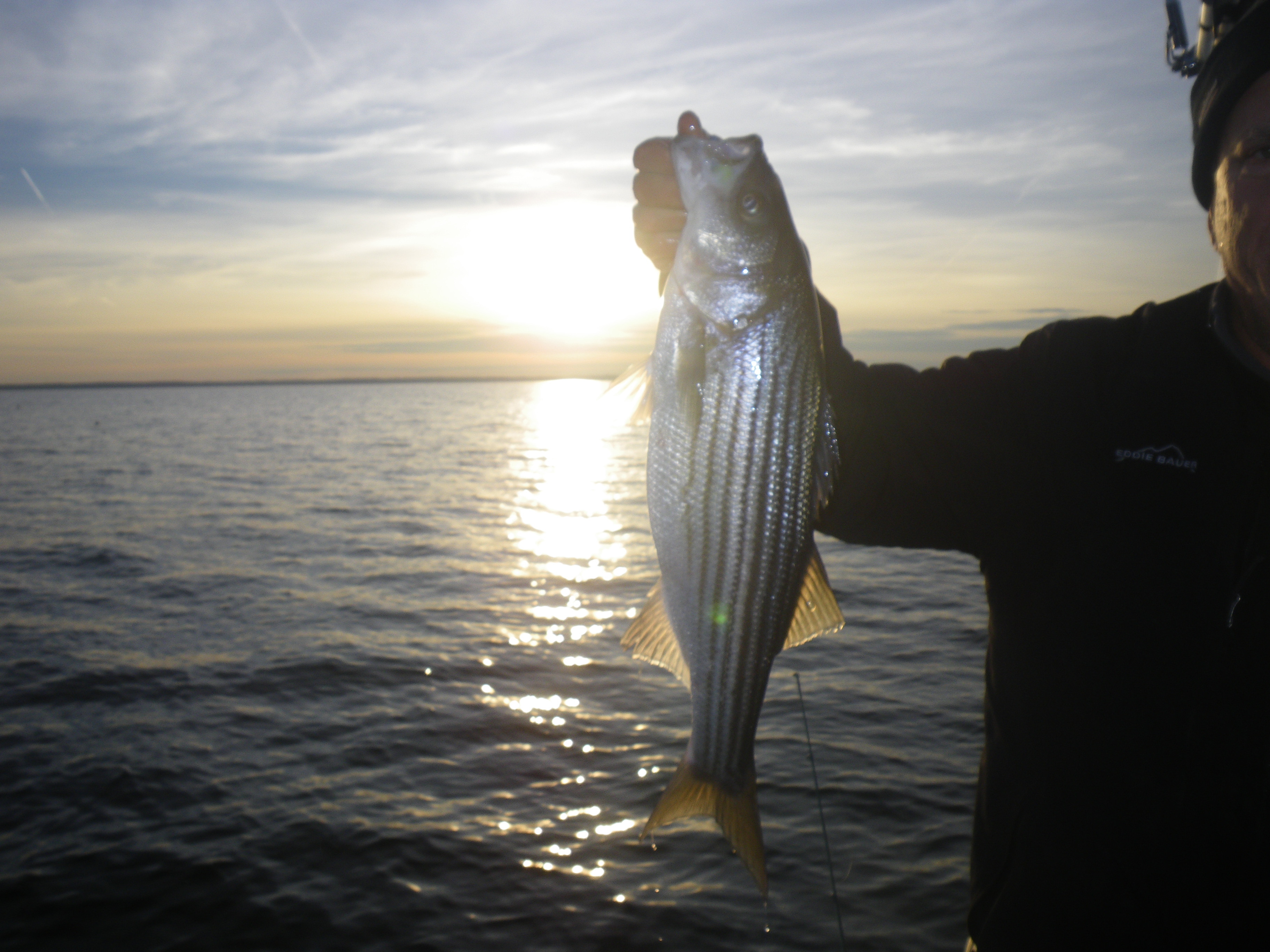 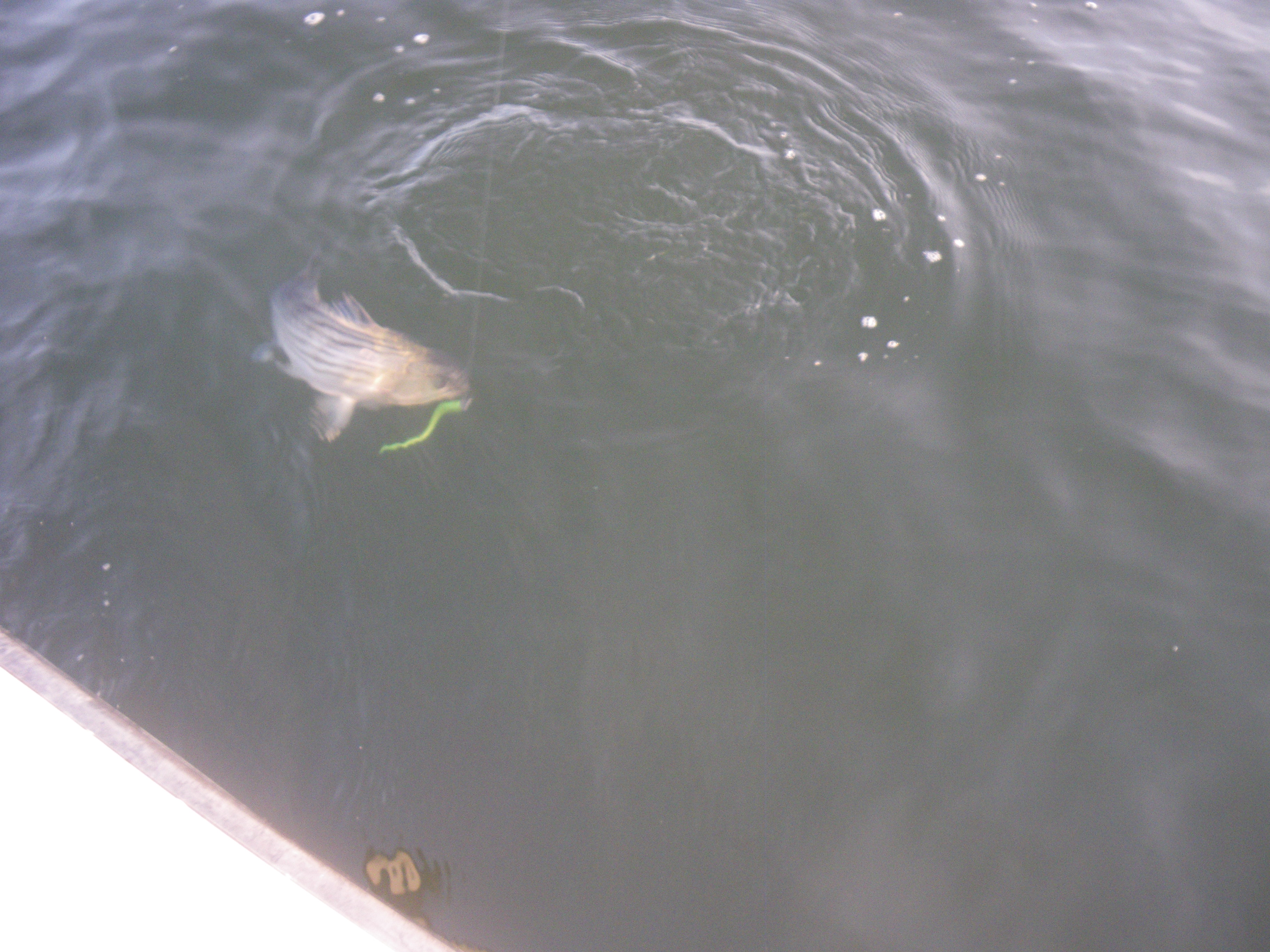 One fun thing that happened was when Dennis handed me his rod as he was helping Matt or John. I was now jigging with both hands and sure enough, I got hit on the left hand side. Couldn't catch a solo double though... 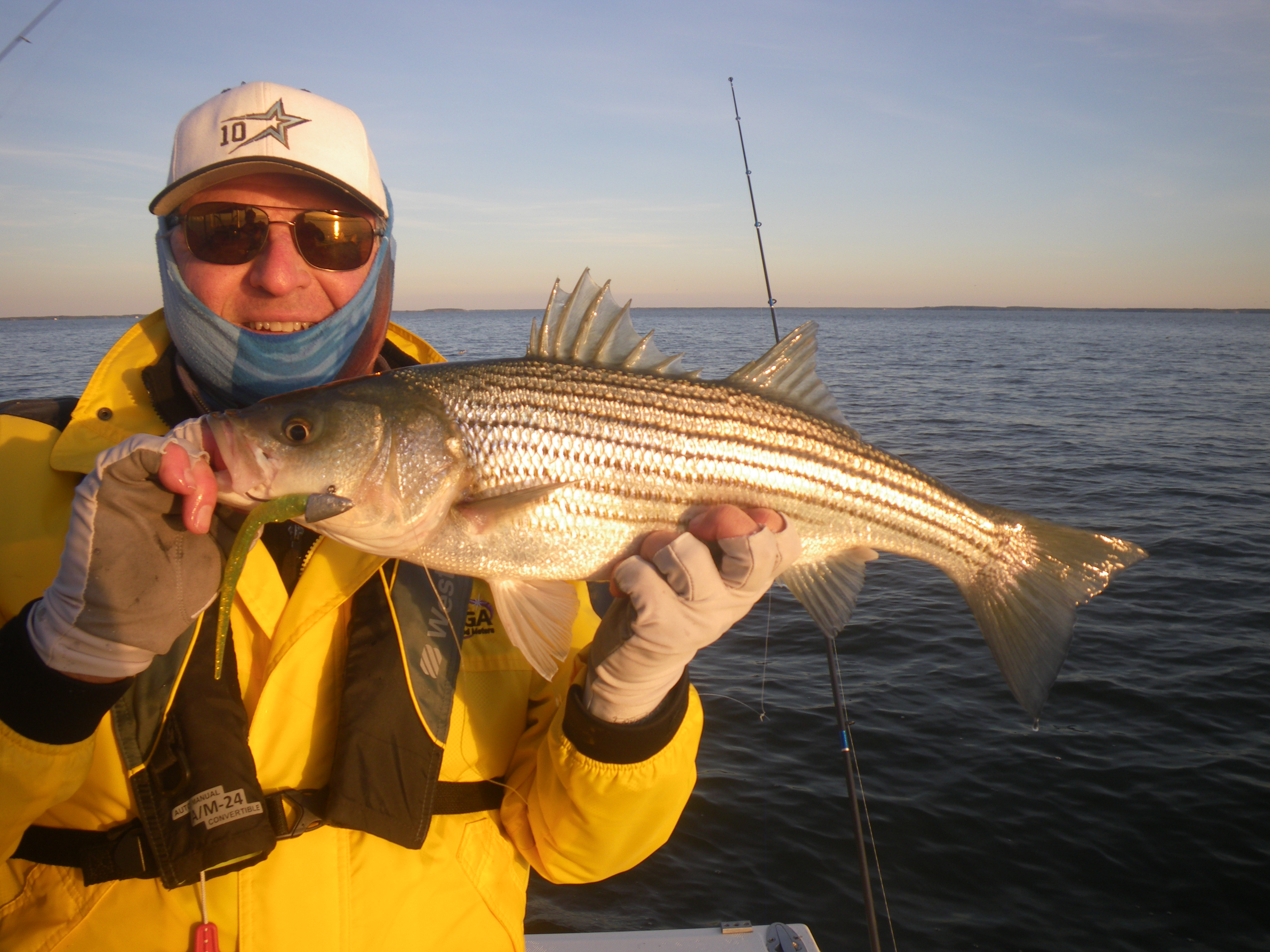 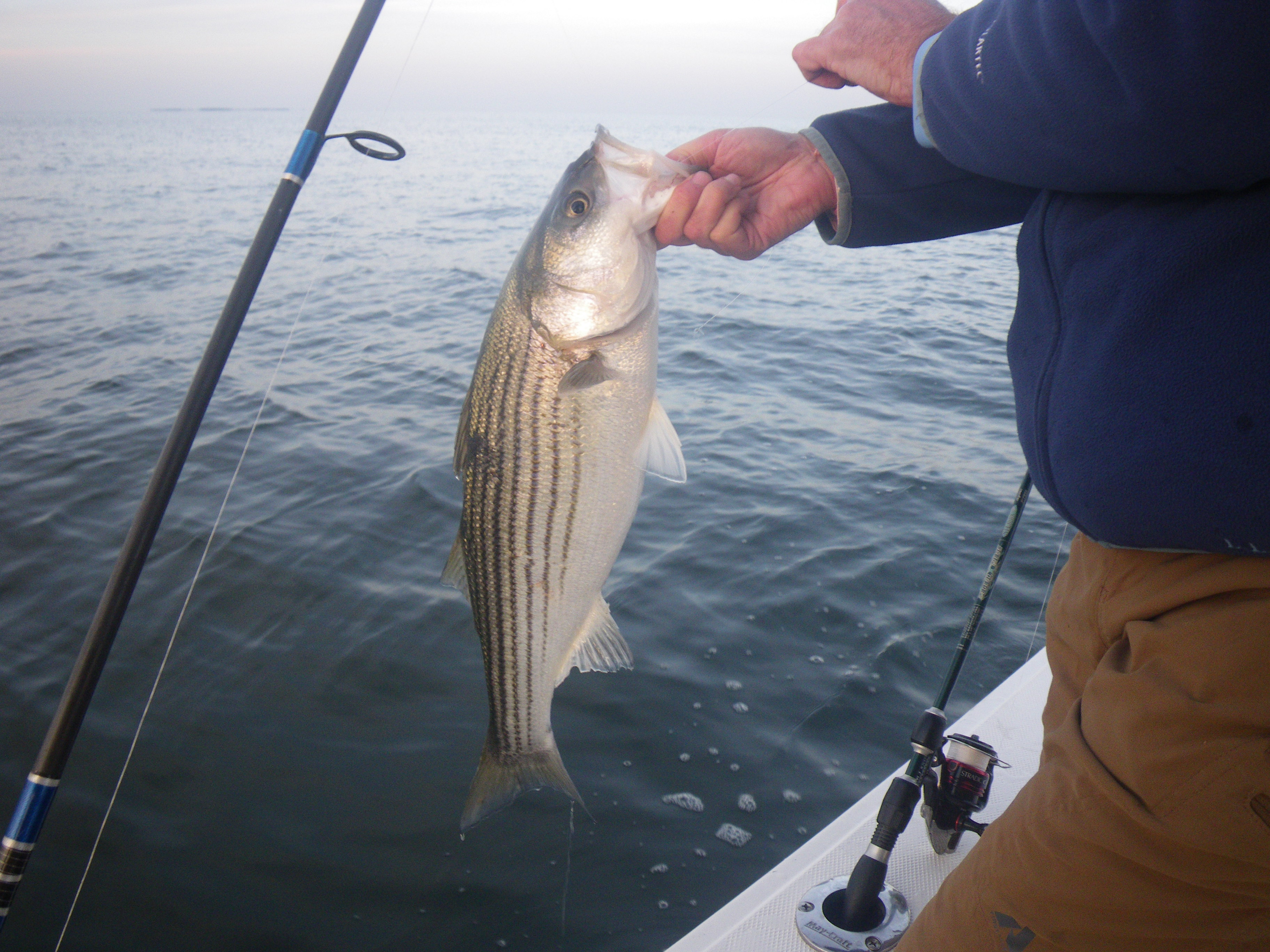 This was one of the best drifts I have been on in a long time. We had many doubles and a few triples!

As the sun was going down, we drifted the same area again and caught a few more but it was not red hot like the last drift. Plus, we were losing light and were still 11+ miles away from port so we called it a day. A VERY satisfying day. 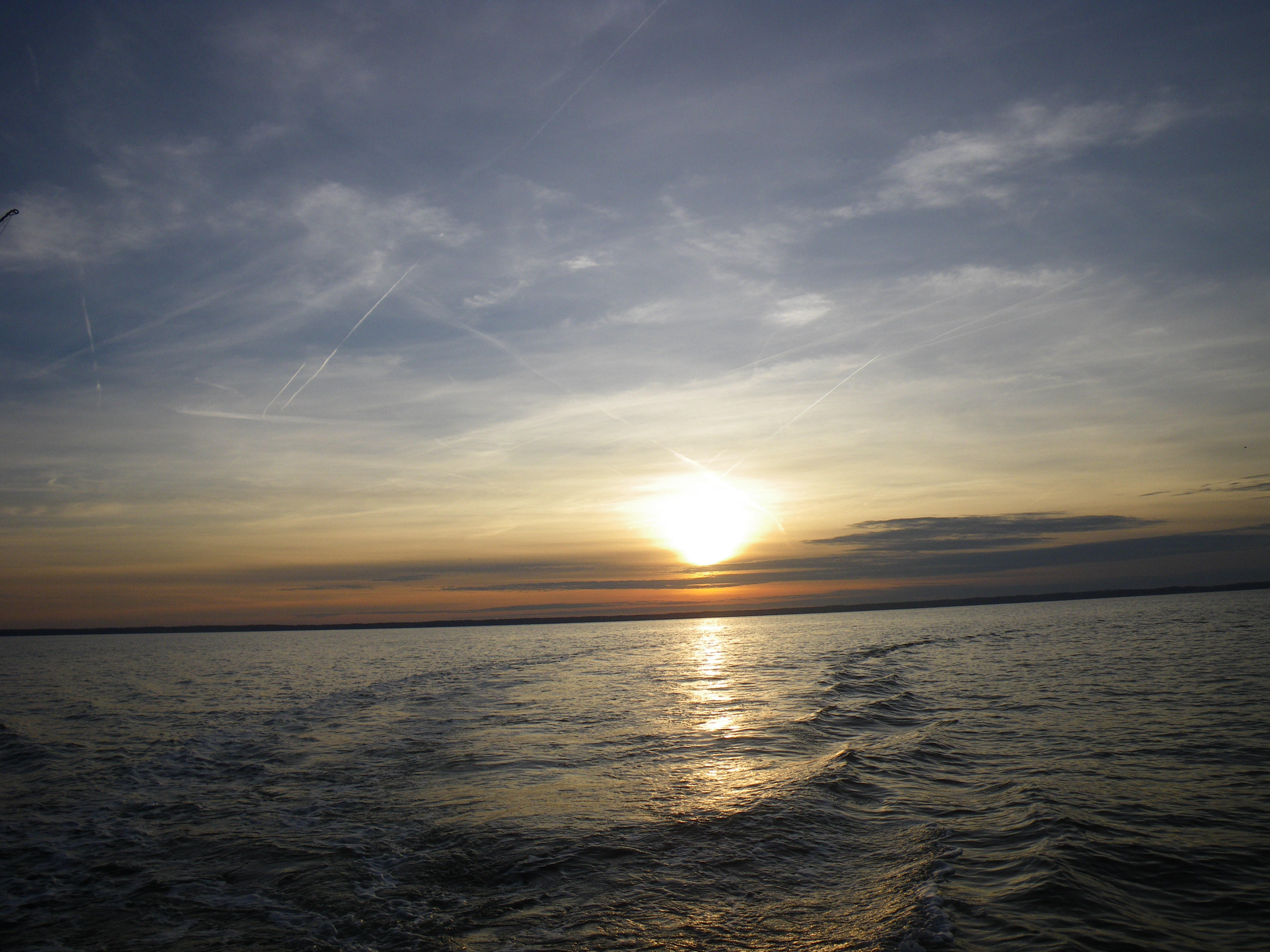 Bananas are supposedly bad luck on a boat because banana spiders used to bite shipmates while in transport and...they would die.

But John tells a different story...something about pirates and peg legs and hook hands. Never heard of such a thing but that's the tale he tells!

Awesome report!  Those fish are beautiful and some look flawless!  Way to go.

Excellent, glad the banana didn't mess it up!

Wow what a trip! Looks like that banana was a good thing

Nice trip.  Good thing that banana didn't make it on the boat.

Good thing that banana didn't make it on the boat.

That was a guarantee!