Started out at noon due to high tide. Ran down to the grocery store area and began filling the freezer. So many boats out and so many big boats caused us to rock and roll so much. A very nice October day and every cruiser was out on the river. The anchor stayed put, but after a while it got too much. Ran north to the bridge and anchored in the no wake zone..still so many boats running thru the center of the bridge again. We caught one small cat and moved again. Found a nice out of the wind spot on MD side and setup for the last hour or so. Bam rod goes off and just keeps going. One big fish can make a trip to the grocery store a success. Got plenty of eaters and a big monster cat.. 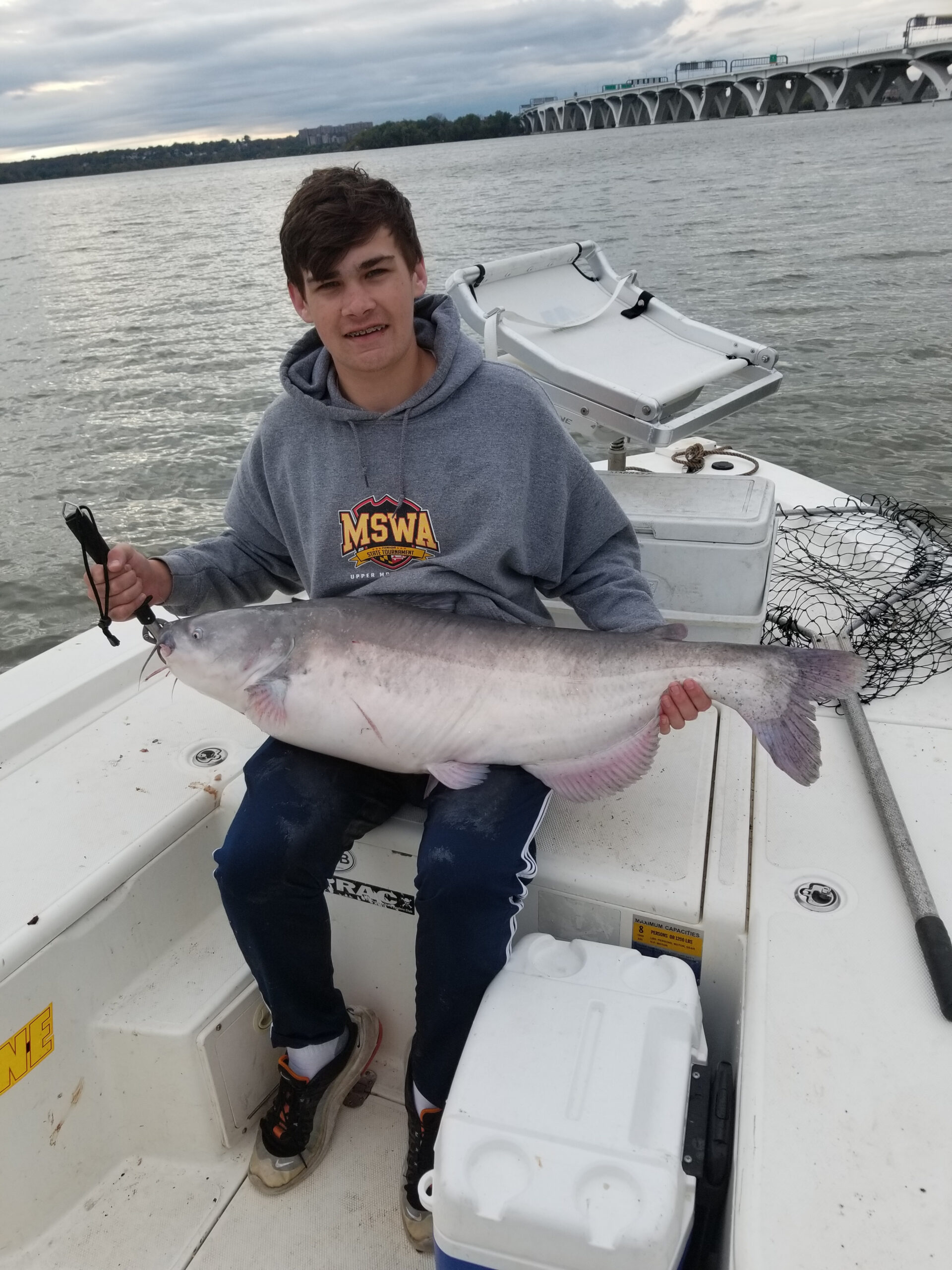 I know you'll be shocked but,  it was warm when we started and I was really sweaty... We had our first fish in the boat before the fourth bait was even in the water.   Pretty brisk catching and we filled half the cooler in the first hour and a half.   Both boats were getting pounded by boat wakes.  So many yahoos on the river today.   Those guys have 150 yards width of channel and those guys choose to run a cast off of us.  Of course the big wakes are hitting us on the beam,  not fun.

Capt Mike moved first and I followed.   We marked A LOT of fish in the new spot but,  the wind had really picked up and the tide had not turn so,  boat in one direction, bait going another.  We did pick up a handful of fish and the tide eventually turned.  The fish turned on for a while and we had so many fish in the cooler that the fish kept kicking open the lid and a few times we had catfish sliding across the deck.  Eleven year old Cash made my job easy. He's a good fisherman and made sure lines were tight and feeder switches were in the correct position.

We got this guy and lost two like it. Just like DC road traffic...no one cares! They are most important people!

Anyway, nice outing for both of you'se.

Glad Dave got to sweat some. It was downright raw when I left for church this morning...yuck!

Nice Catch!  I stay off the waters on the weekends because of that.  Can't stand the A'holes who have no consideration for others.