After attempting to fix a leak in my jon boat over the weekend, I took it out for a spin today.

First hassle is everyone was waiting at the gate.  Didn't have to wait too long, but 3 other boats were putting in too.  The first guys were getting everything ready on the ramp.  One other guy squeezed in and beat me, but I was next to get off.  I was just about to start my motor and I hear a kid yell something from shore.  I look up and see their job boat got away from him and was floating out in the lake.  I offered to help and pulled up beside it and started to get it back to the shore,  The boat was not cooperating and started pulling to the side.  I was trying to get back to the boat and then noticed that there was a tie down left dangling off the front of their boat and it got caught in my TM prop.   Luckily, it was not too bad and their other sons came up in the second jon and helped untangle it.  They got the boat and I was off.

Nice morning with mostly cloudy skies.  I tried upstream first, but the water was a little muddy.  After a while, I ran downstream and fished some main lake coves.  I was trying different baits and had one UL rod.  After no bites, I threw the UL with a 4" lizard and caught a green sunfish.  I kept throwing that and saw a fish jump near the boat,  I threw out a ned and caught a small LM. 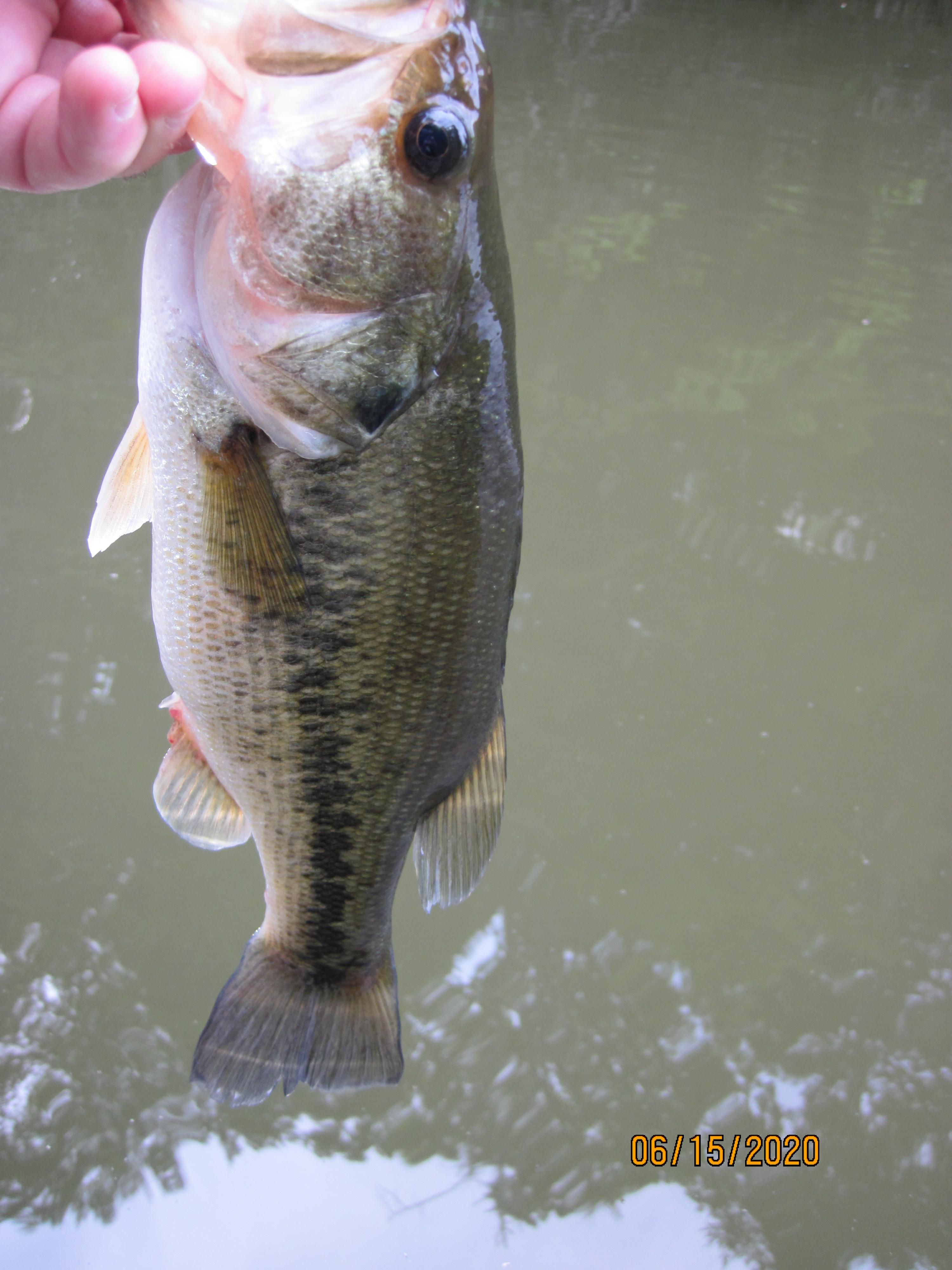 I moved out to the main lake bluff walls and threw the lizard in a pocket.  I hooked a nice fish that dogged under the boat.  My drag was too tight and I was trying to loosen it to not break my 4 pound line.  The fish made a dash behind the boat and the line broke before I could loosen the drag.  A little while later I saw the fish jump (trying to throw the lure) and it looked to be about a 3 pound LM.

I caught one crappie with the lizard too.  Then the bite slowed.  I caught one more decent LM that was 14". 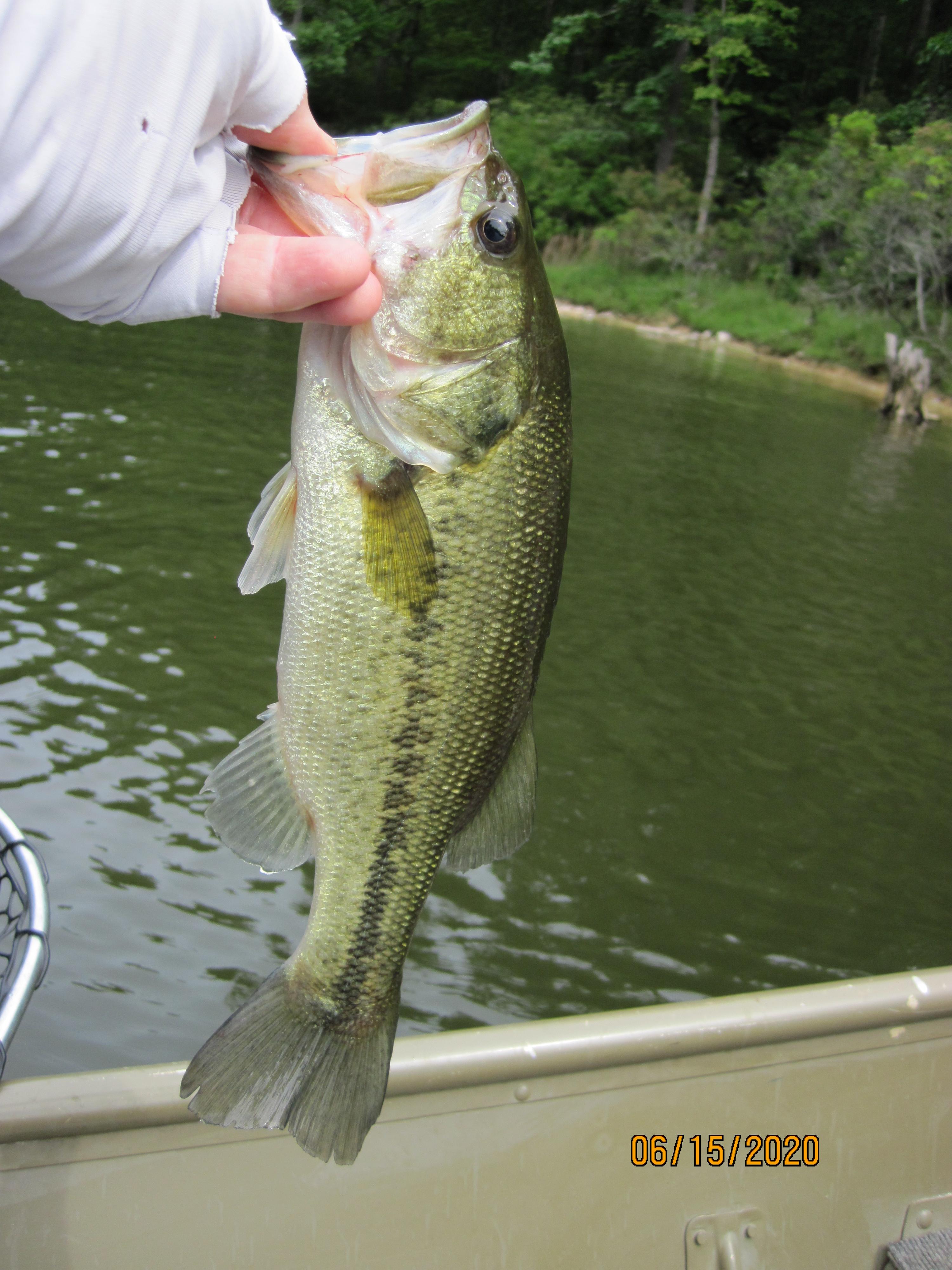 I rand further down lake and the wind picked up.  I did not get another bite for a long time.

I finally caught another green sunfish after lunch,  The sun came out and the wind was pretty steady, making it hard for me to keep boat position.  I saw there was a little water down around my drain plug and decided to call it a day.

Nice day to be out.  Lots of birds and squirrels out.  Fished from about 6:30am until 1:45pm.  Boat had maybe less than a half gallon of water in it, so still something's leaking.

Always an adventure! Hope you get the leak fixed.

Boat had maybe less than a half gallon of water in it, so still something's leaking.

Gimme a shout & I'll help you figure out where the leak's coming from. But you'll have to empty the boat and craw inside while I shine a light and see if you see it coming through the boat.

Or you can keep the boat on the trailer, add water to the inside of the boat,  and slosh water around and lift the boat looking for where water leaks