But, before we got started, I decided to make a cast (tube) and this guy was a nice way to get things started. 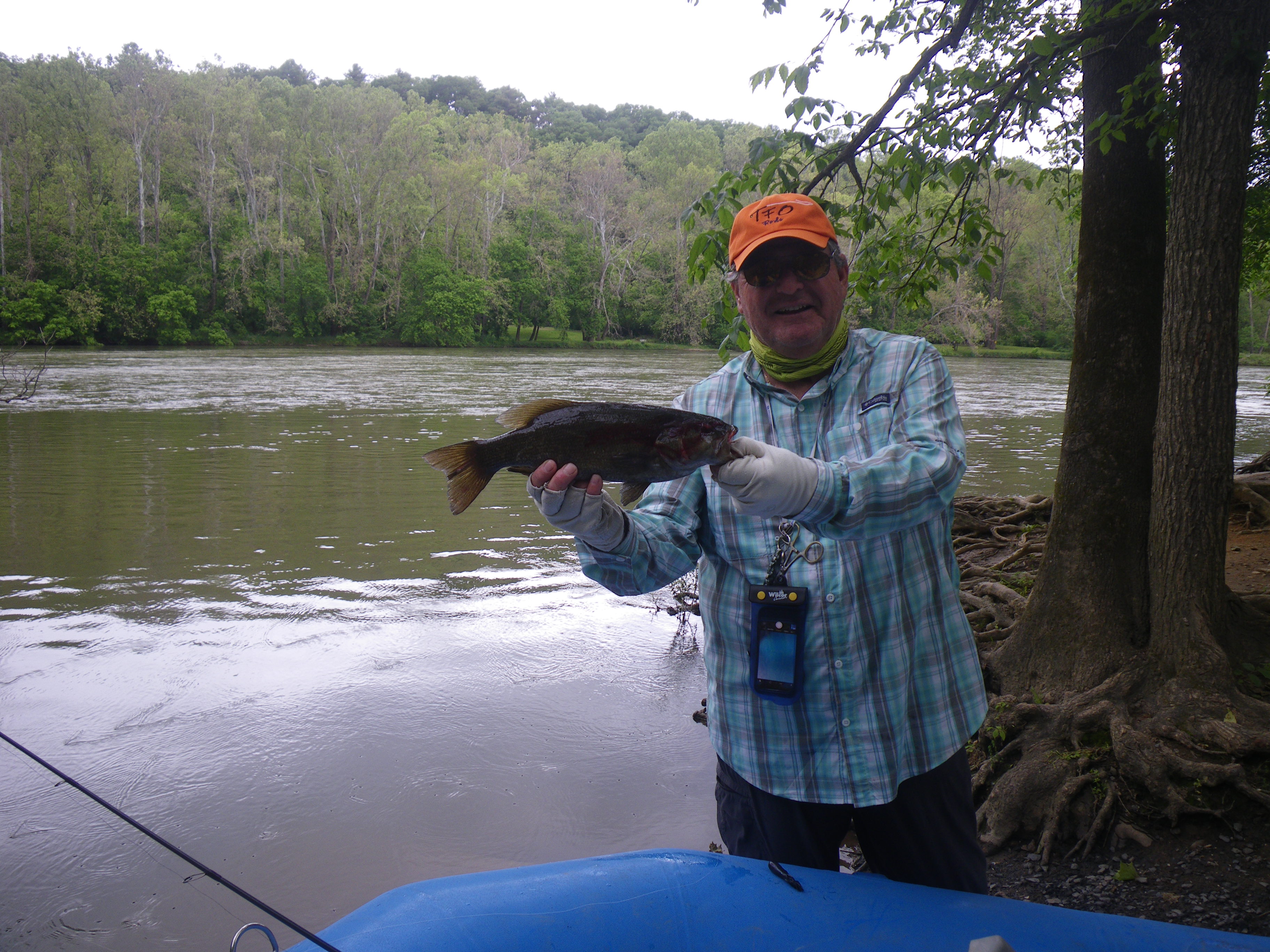 Then we herd  a commotion and we saw some palliated wood peckers in a nest (in the tree). 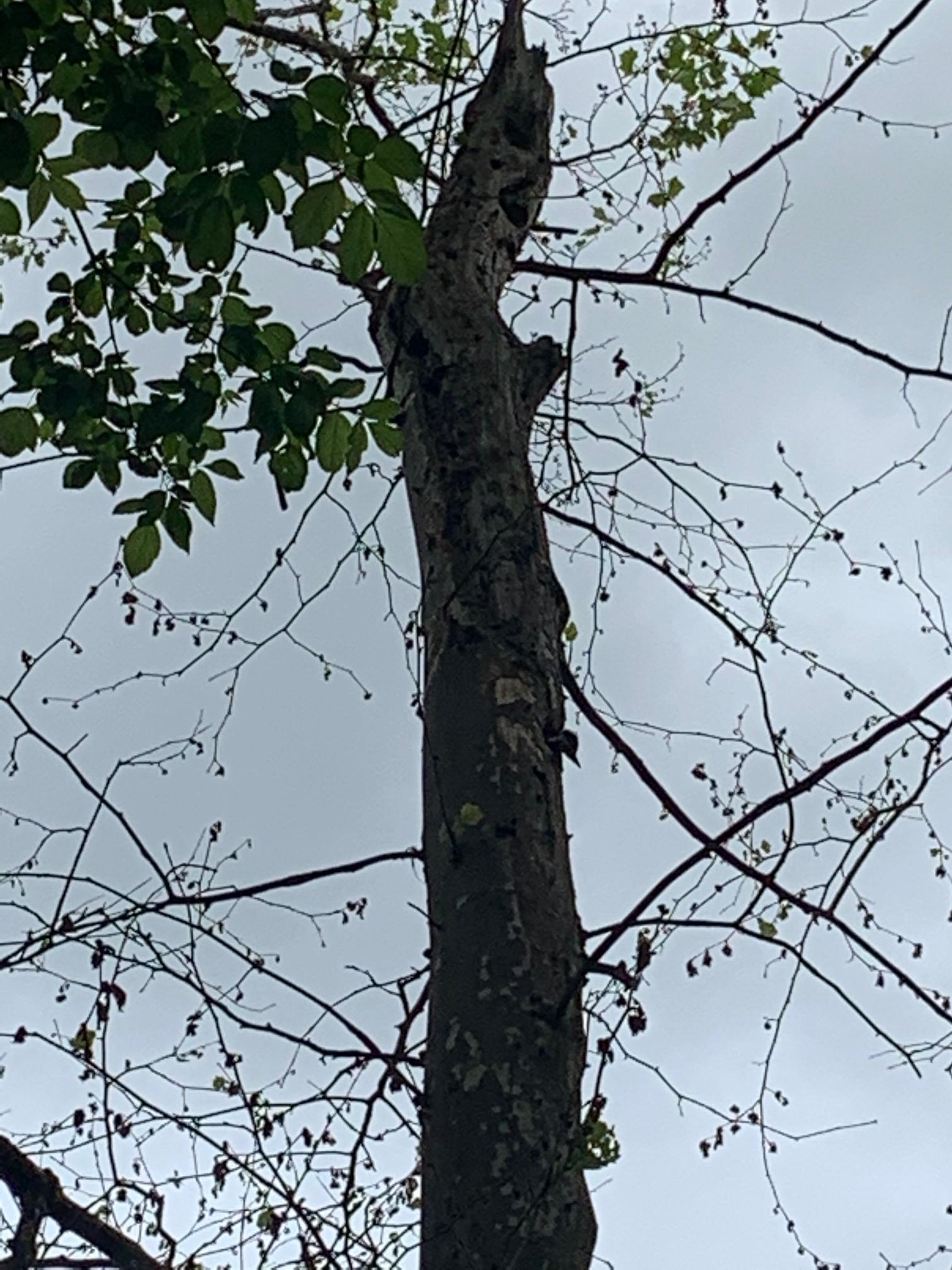 They settled down once we got going.

To say that Jeff Kelbe knows this river is an understatement of great magnitude.

The river was a little pushy at 3.3'. We started catching fish immediately and didn't stop until just before 5:15p. I had just asked what time it was and did not realize how late it was. I can't remember the last time I fished that long.

John and I went fly except for 2 fish. The one from the ramp and then another one I caught when John was hung up. I dropped a Ned head with a Jacks worm and got a nice one!

I'll let the pictures tell the rest of the story but Clawdads were the name of the game today! 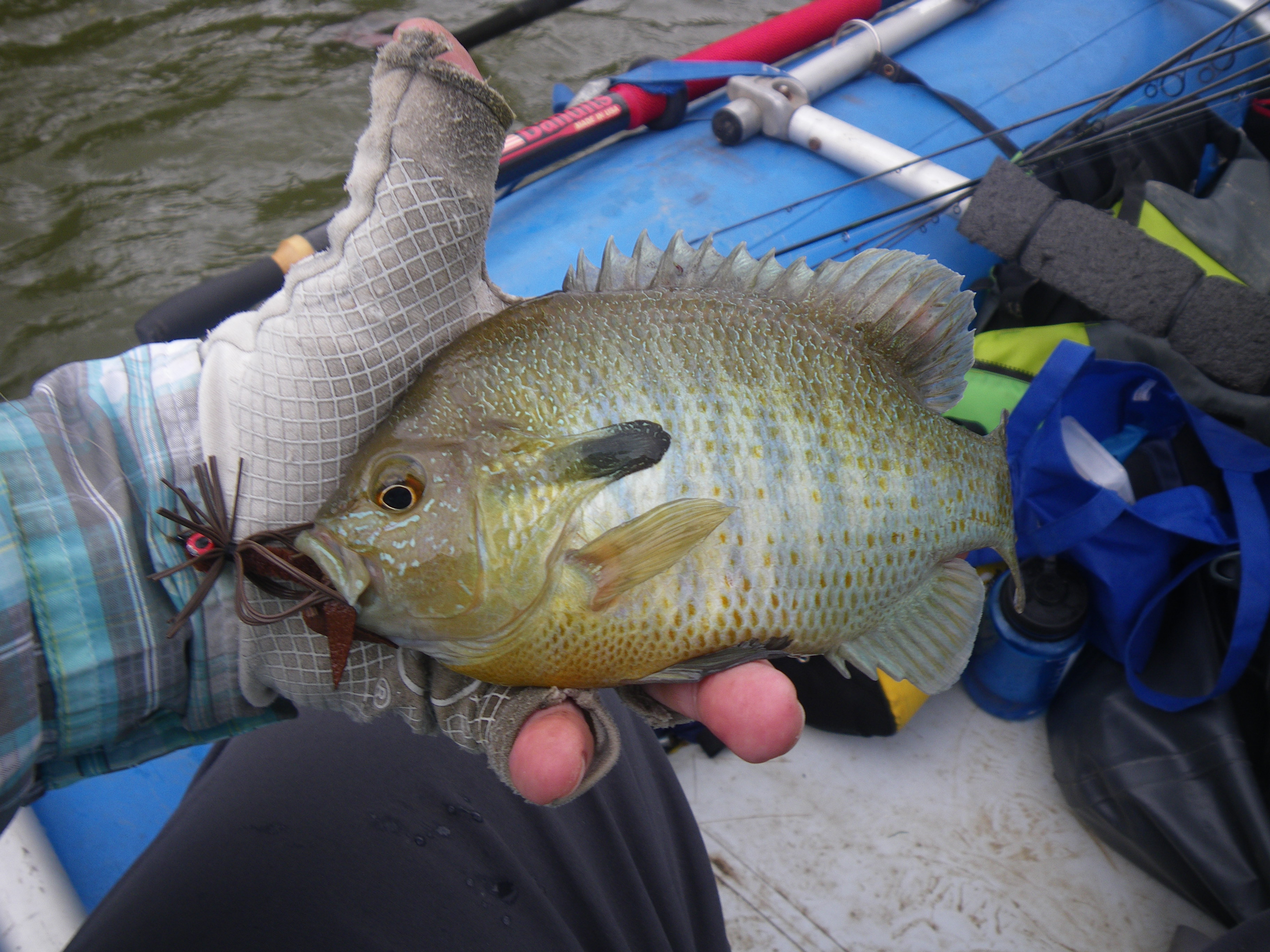 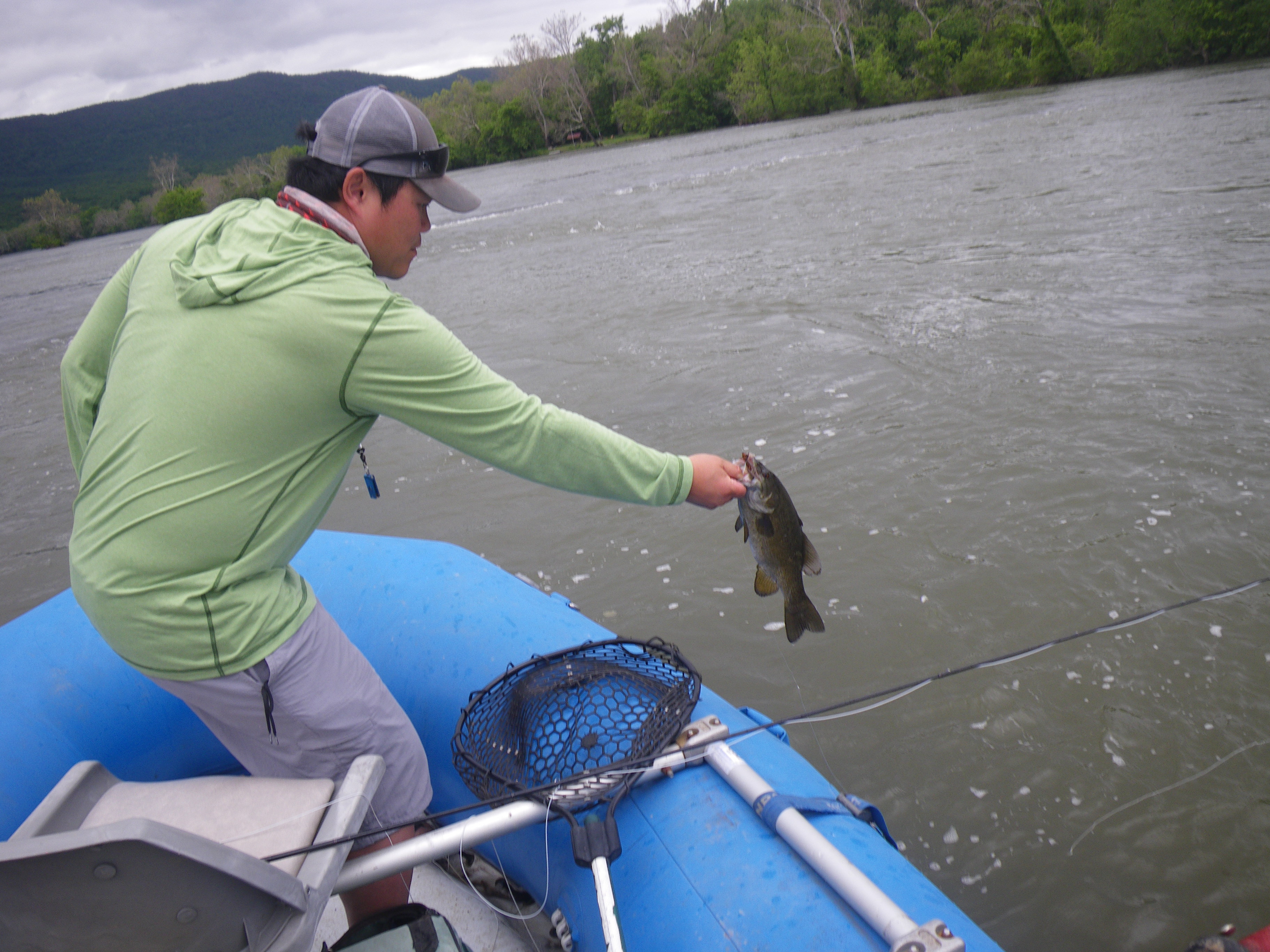 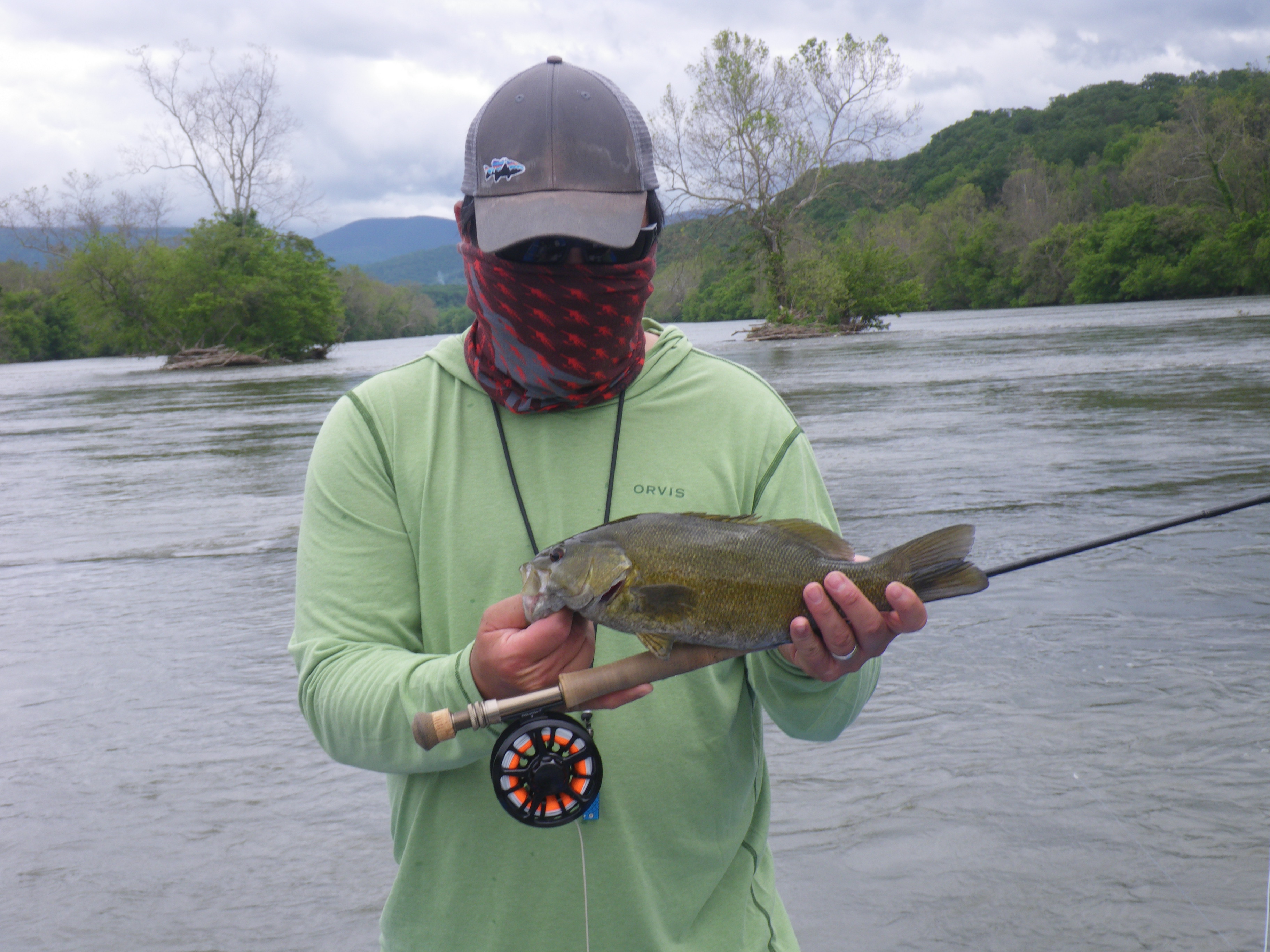 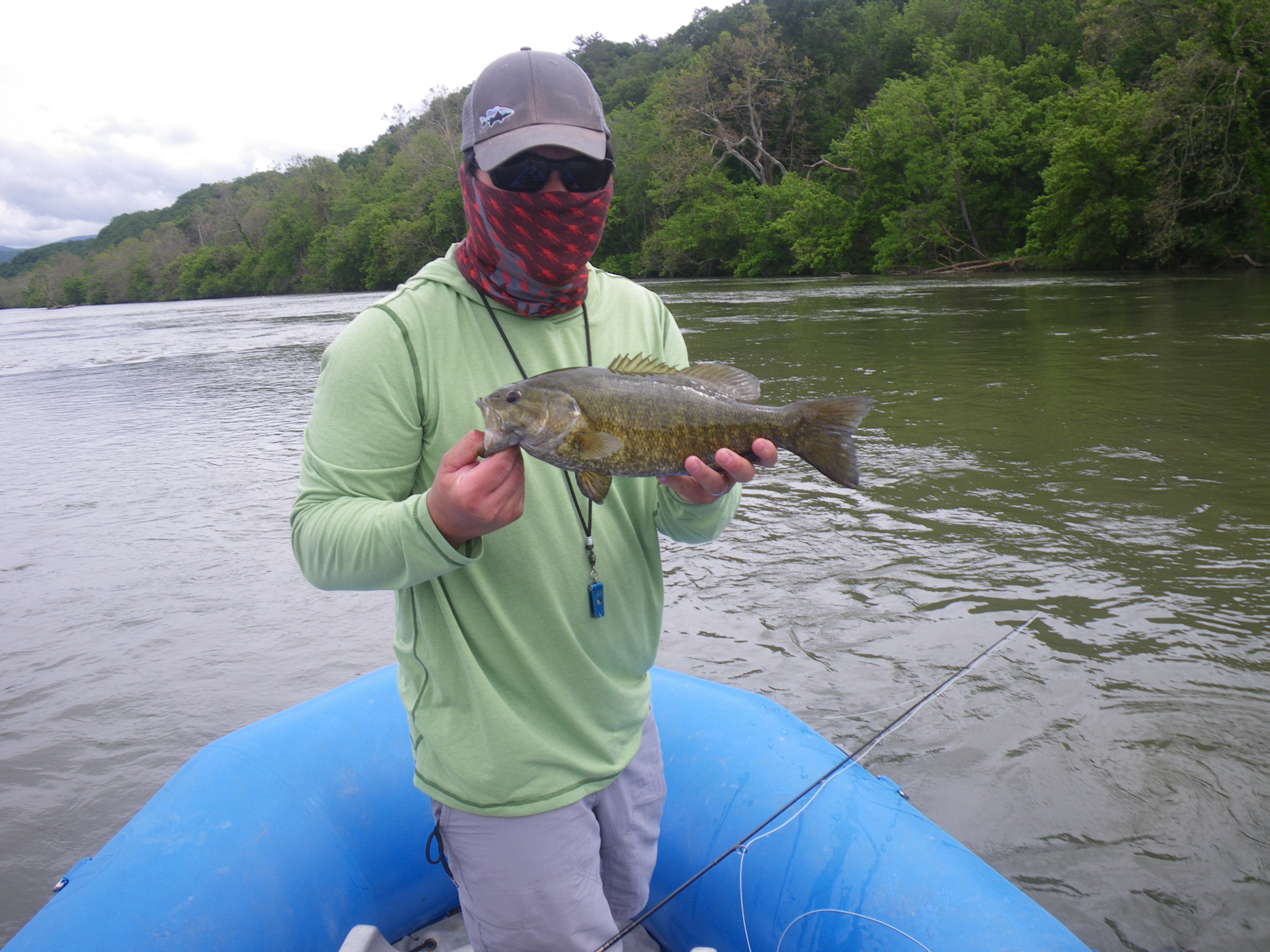 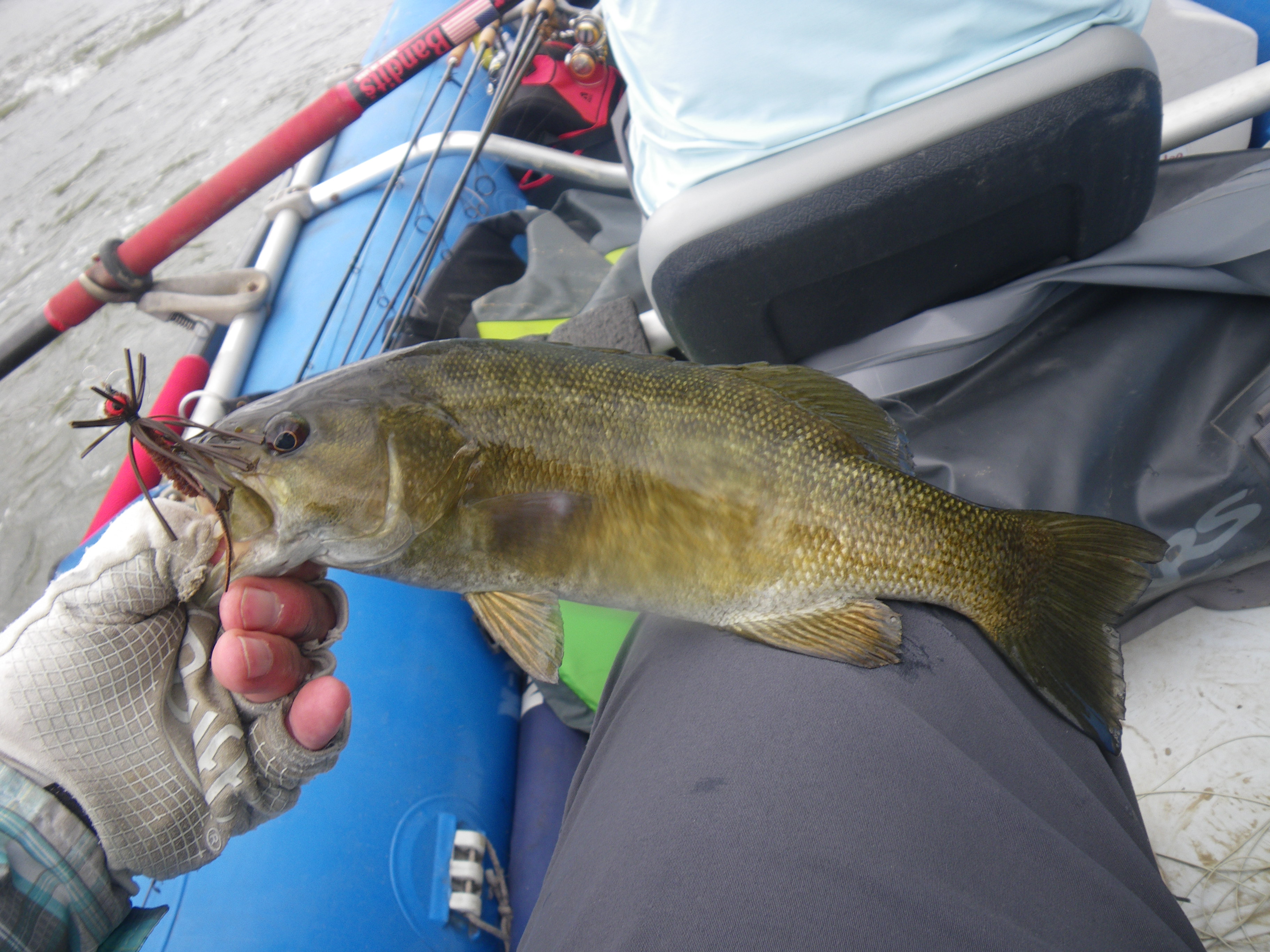 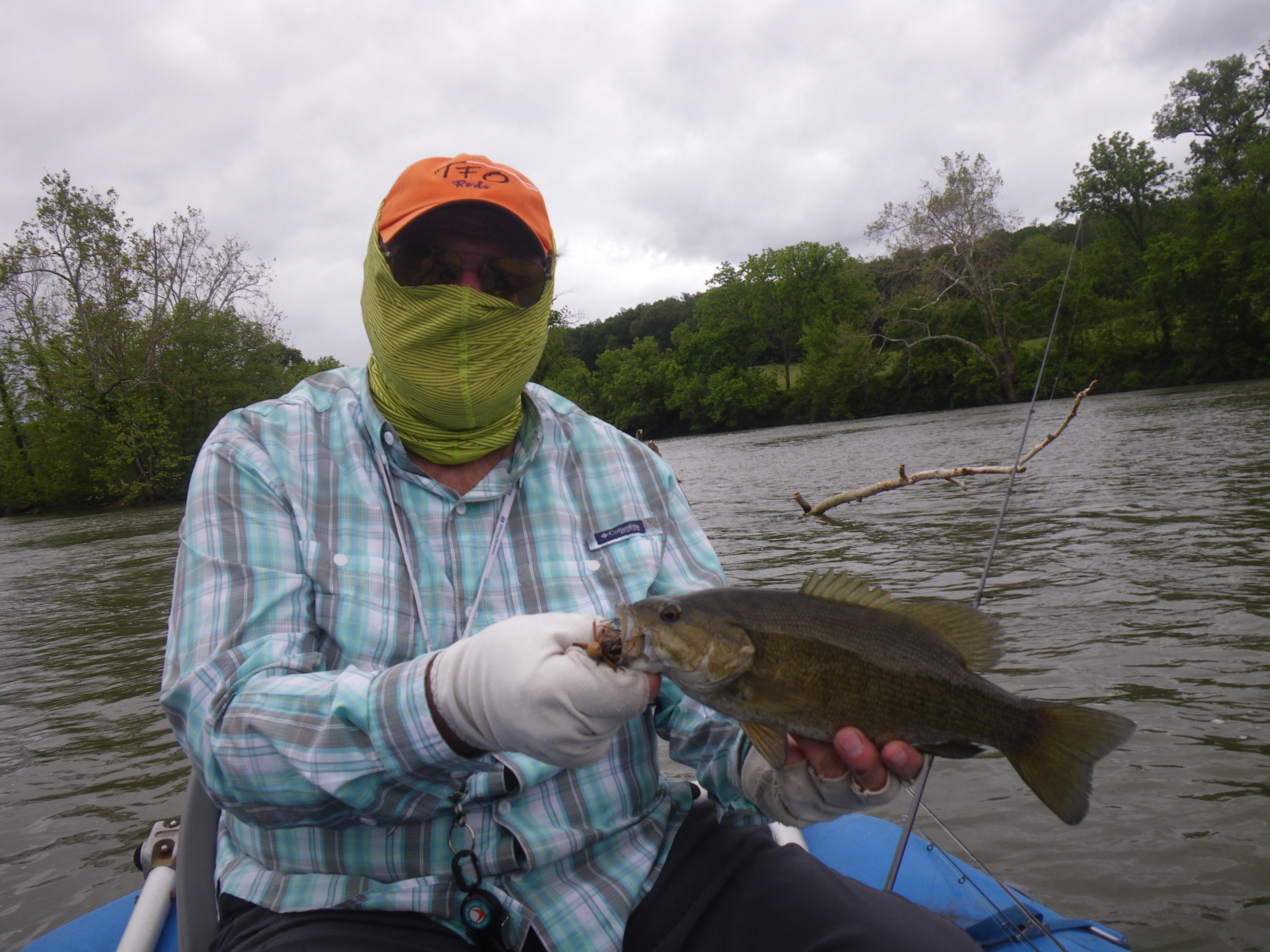 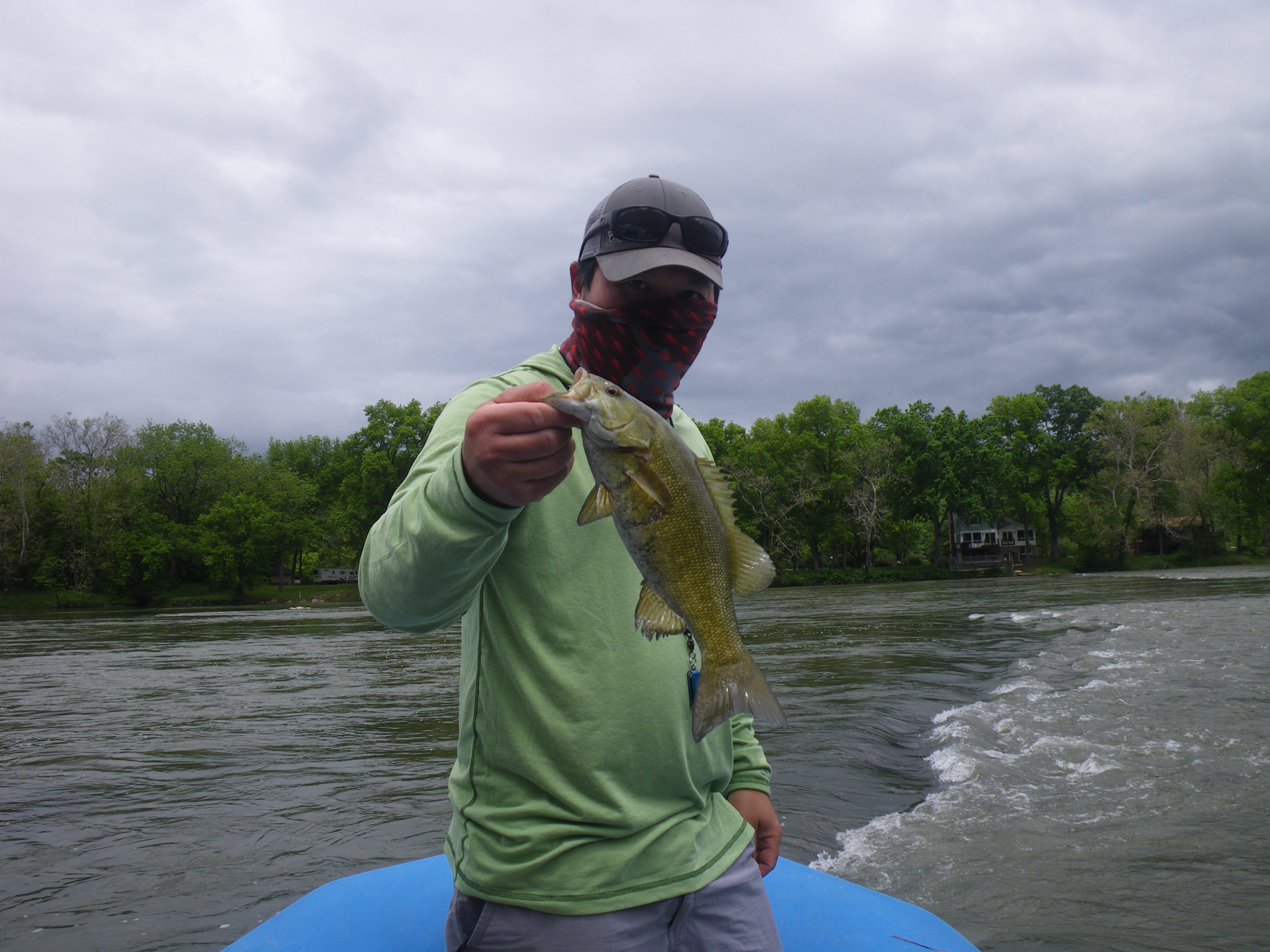 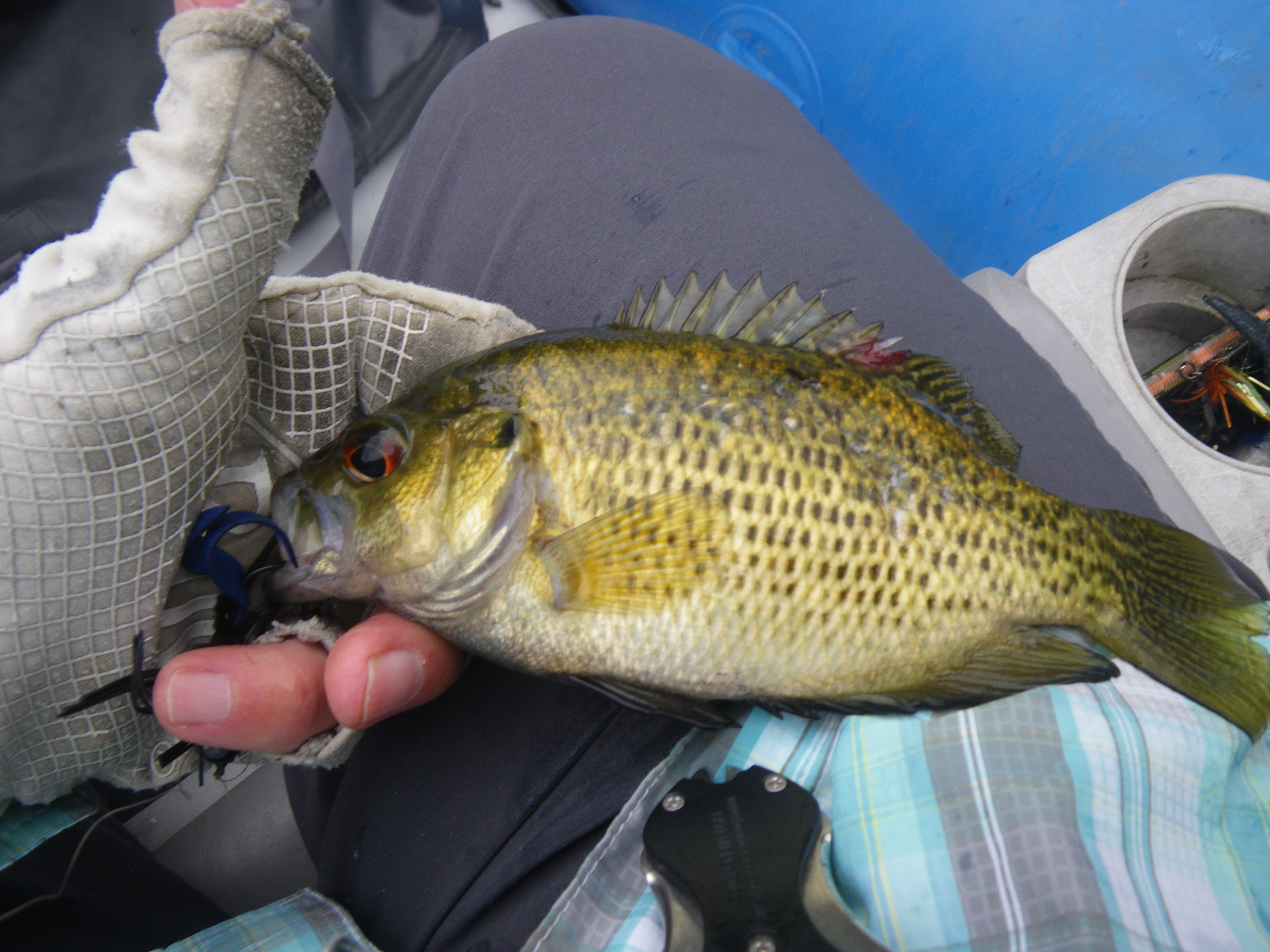 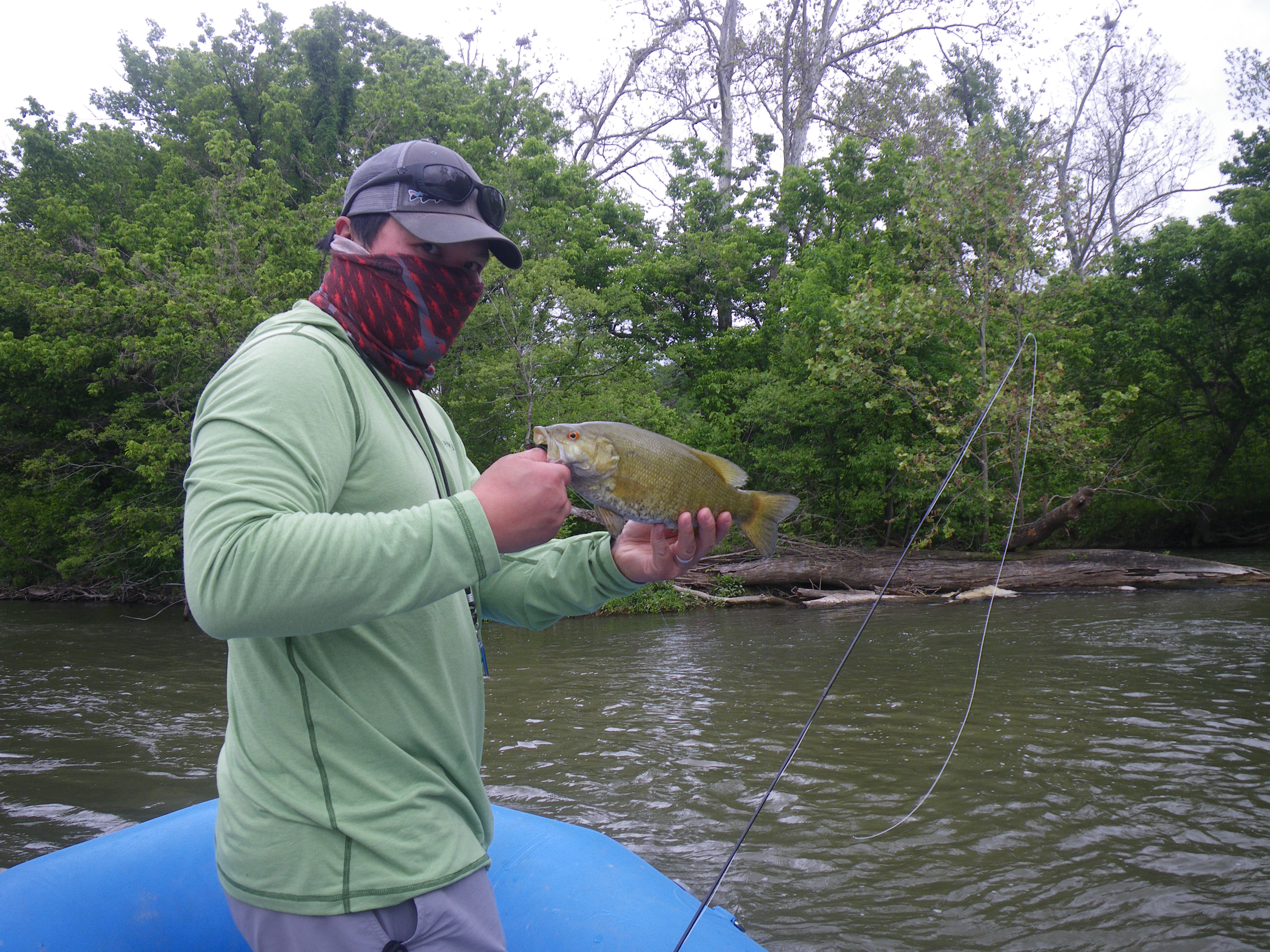 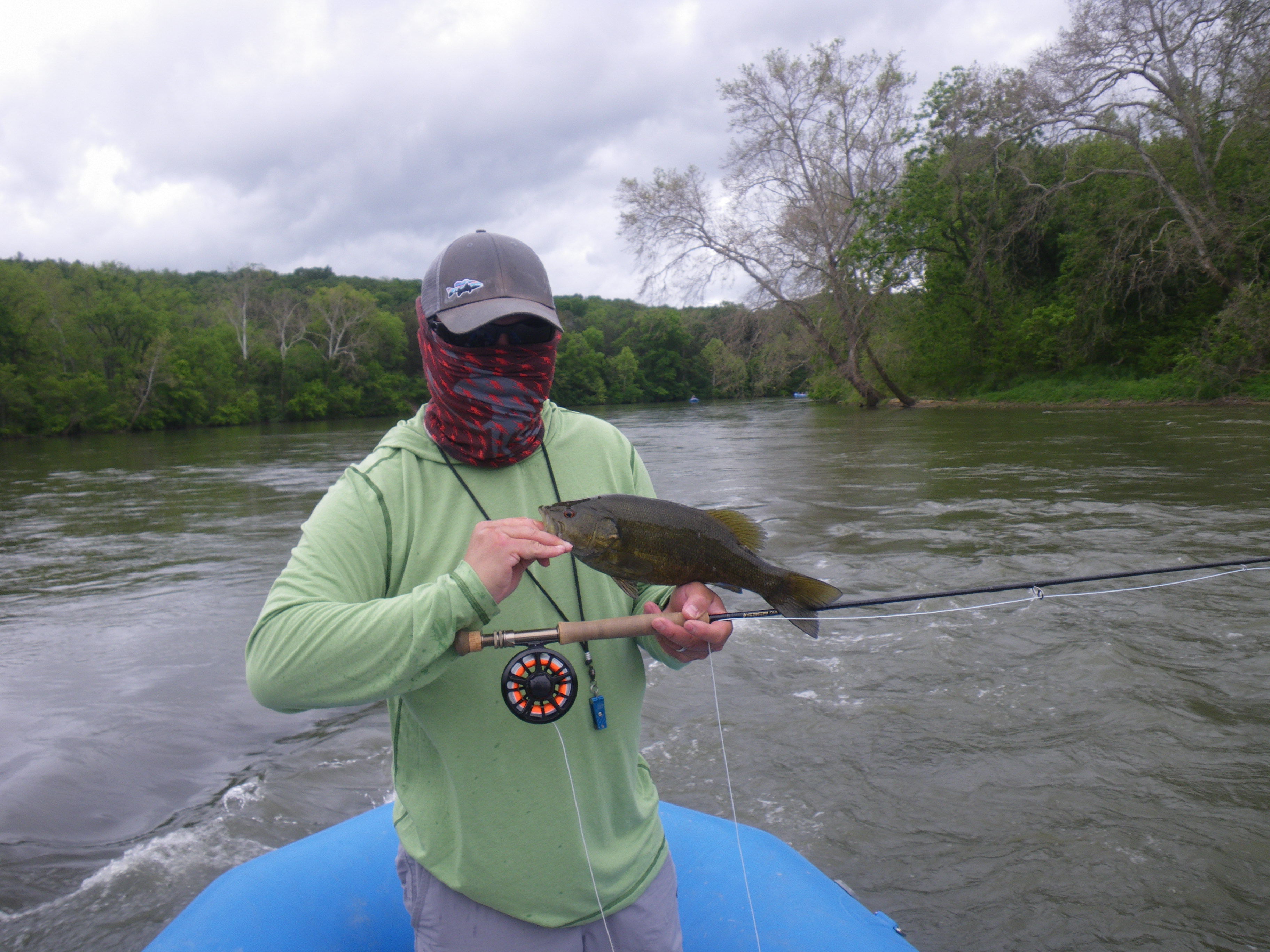 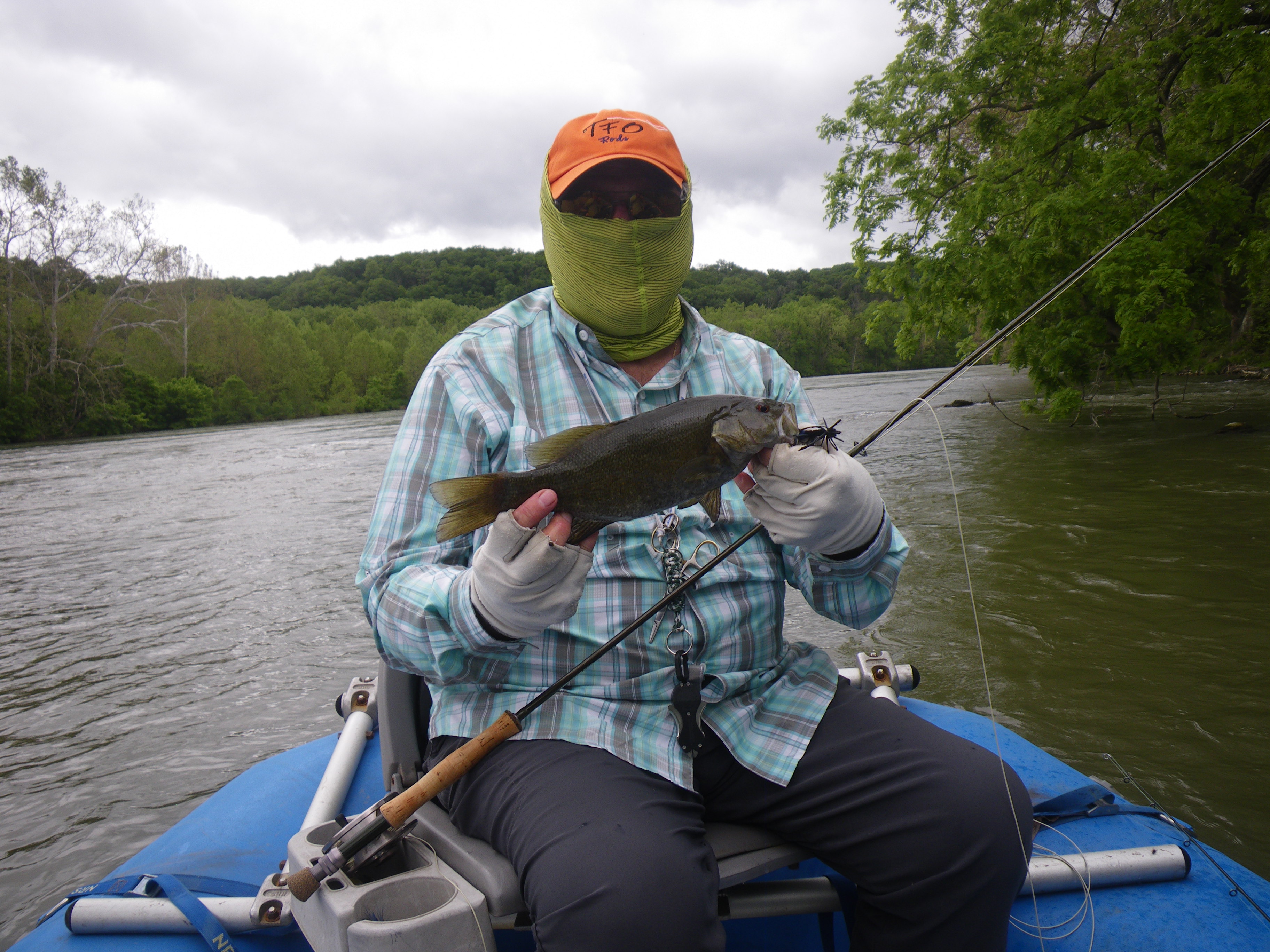 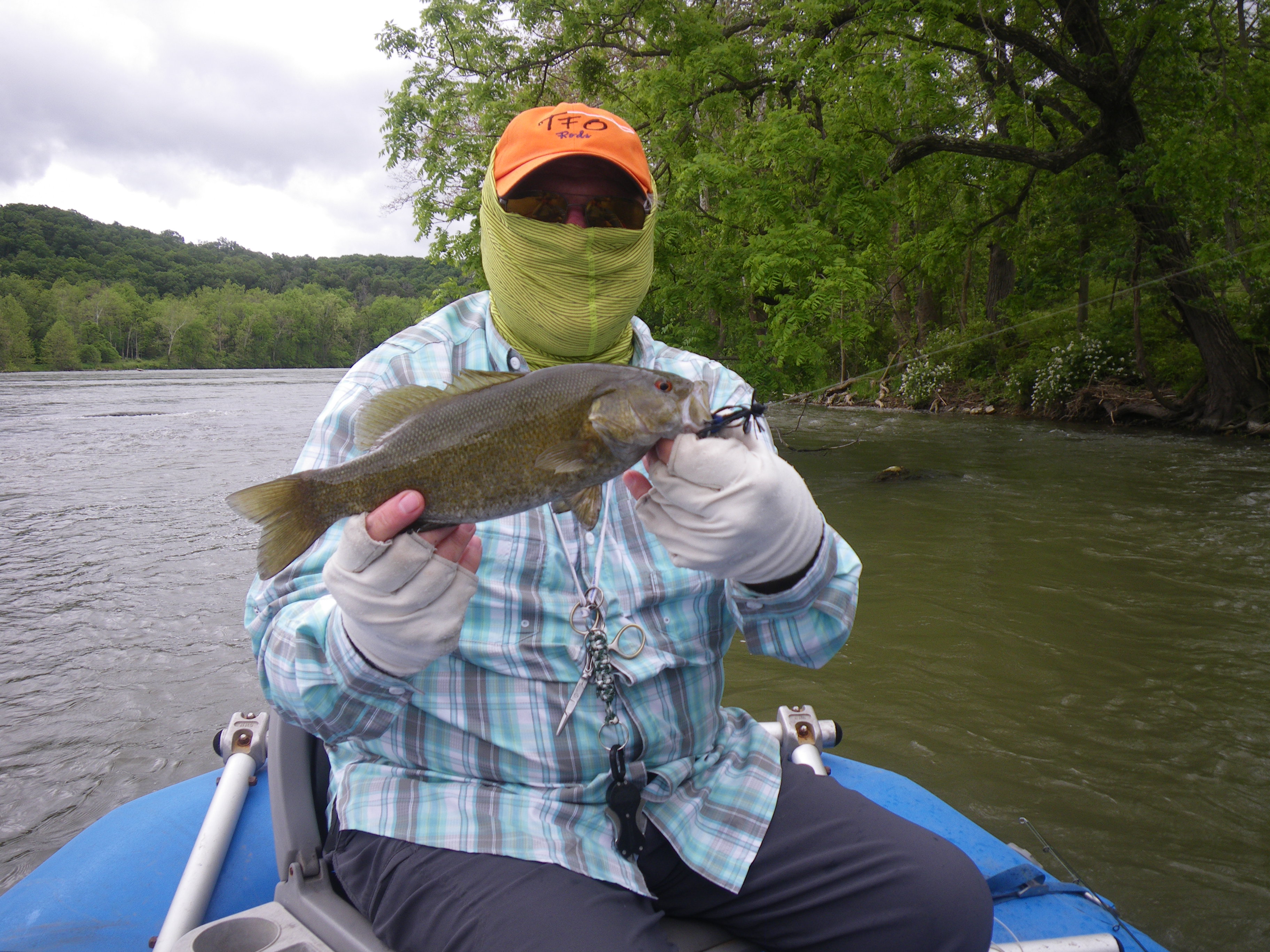 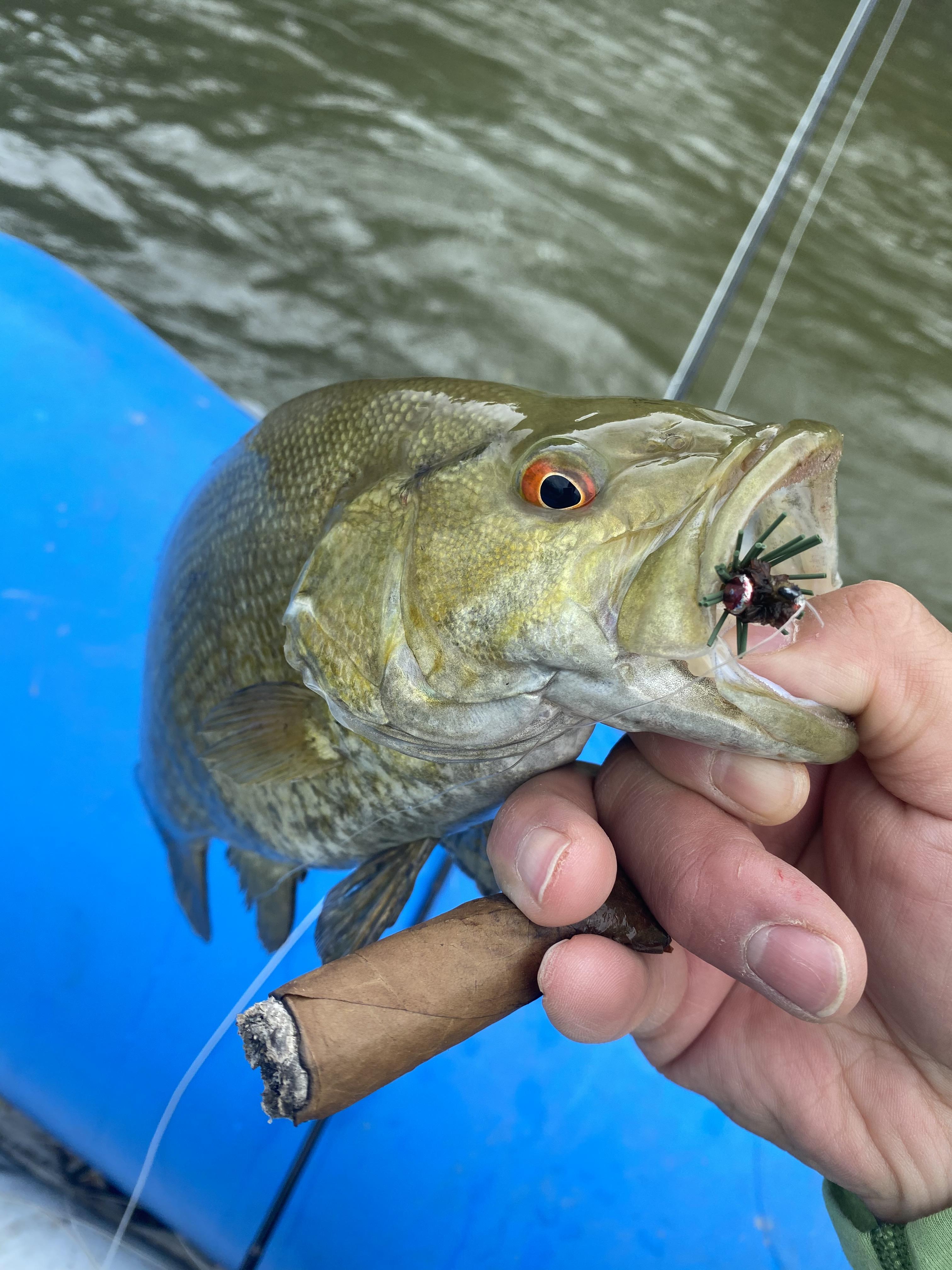 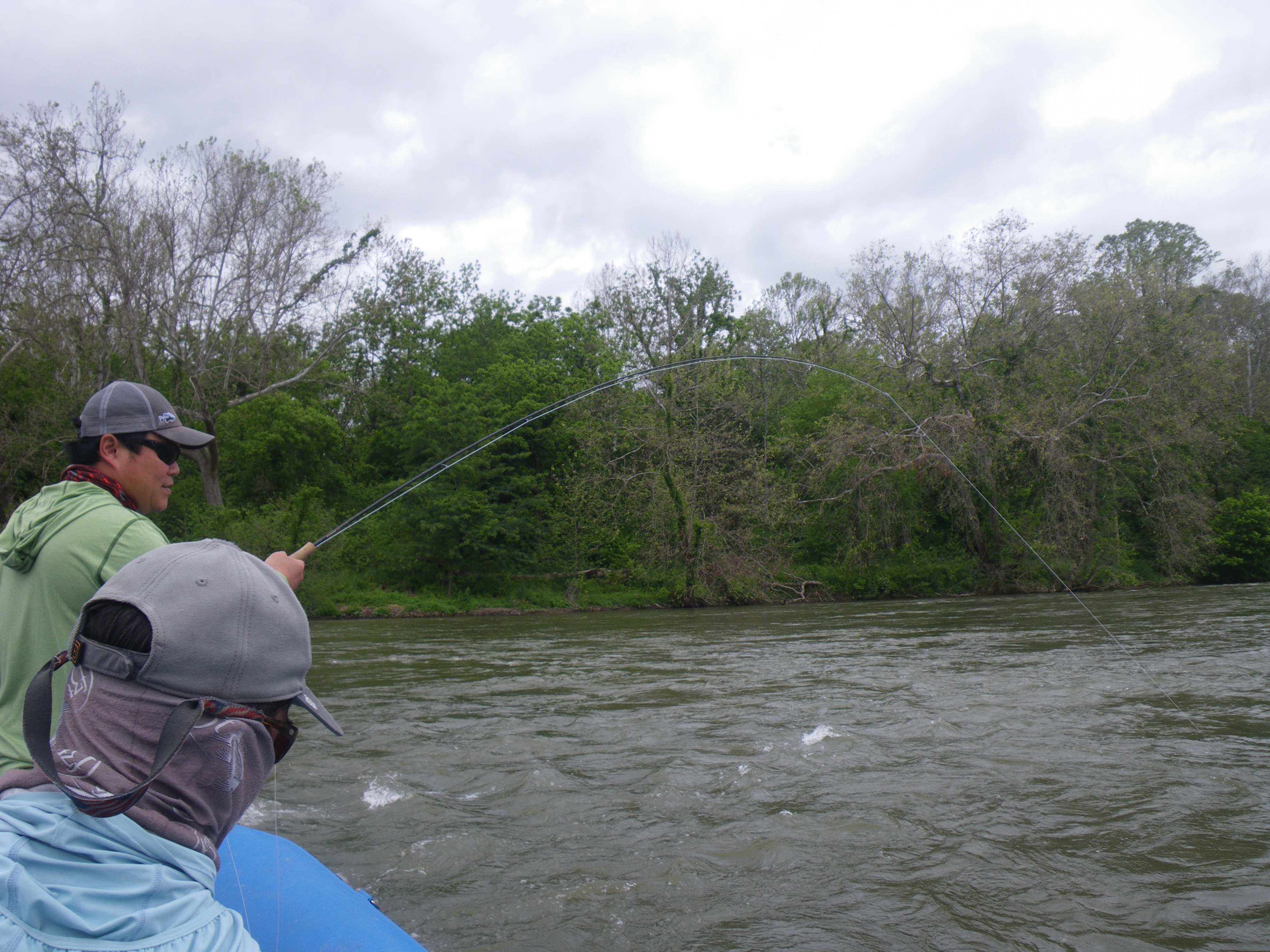 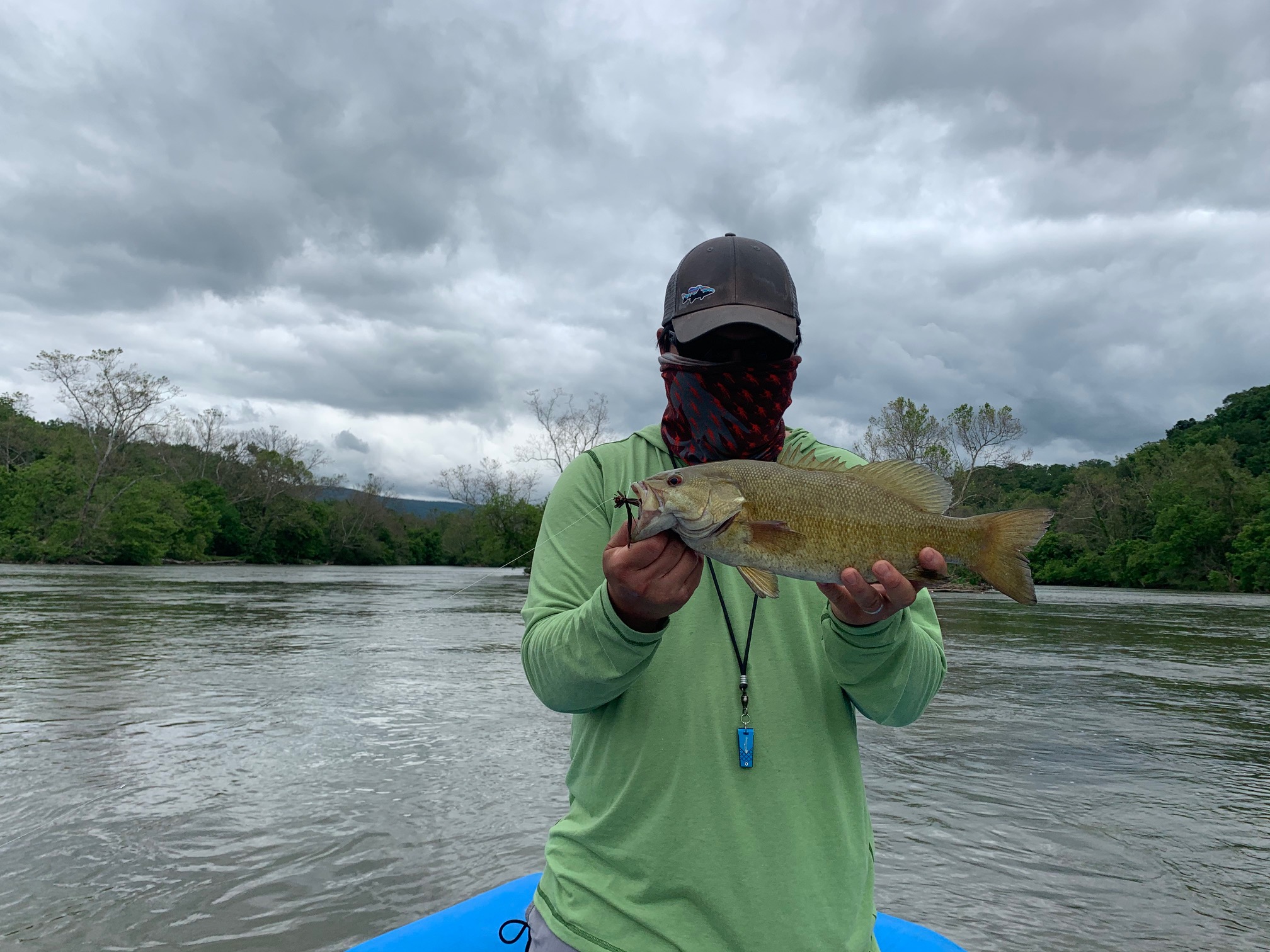 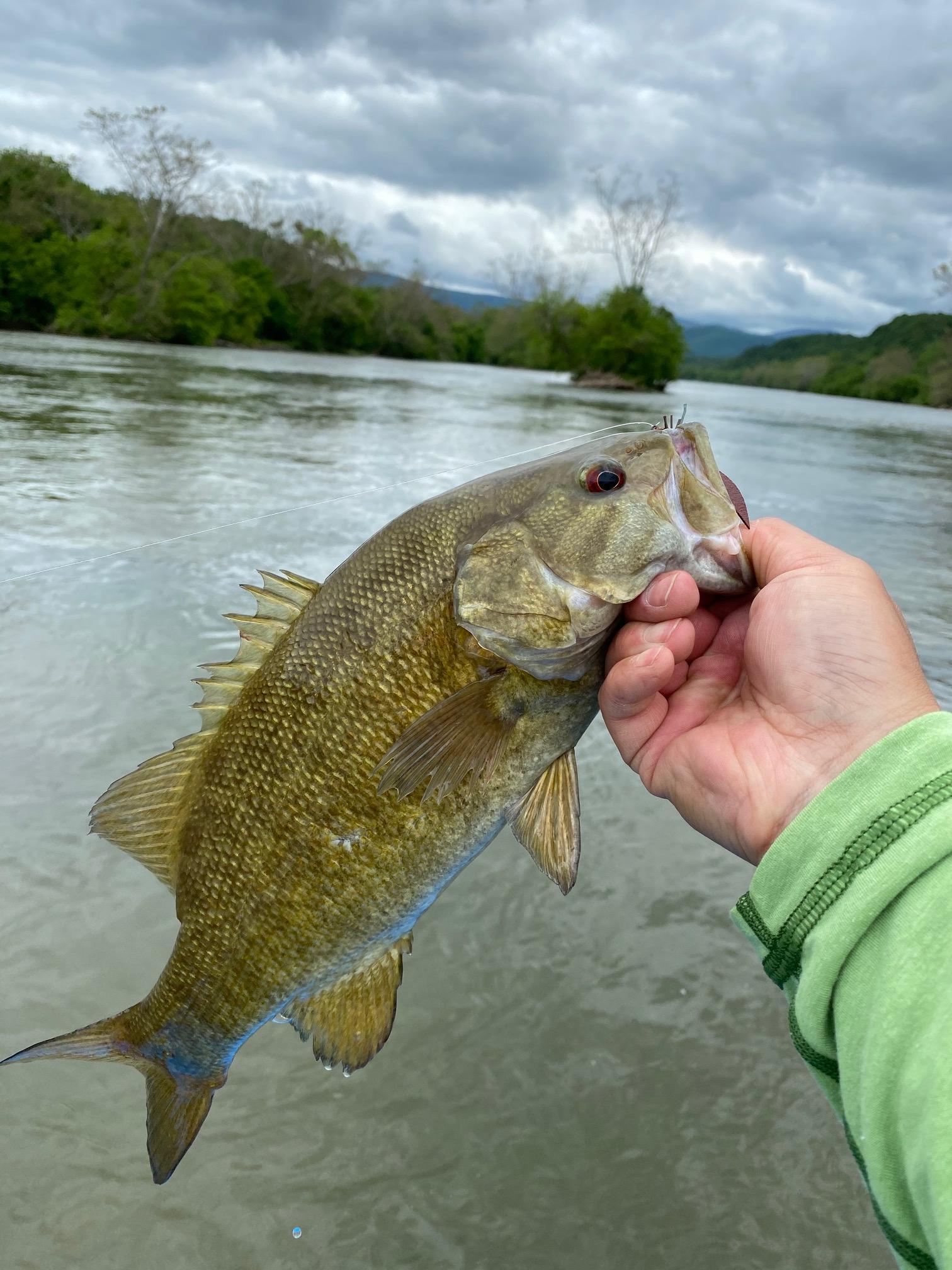 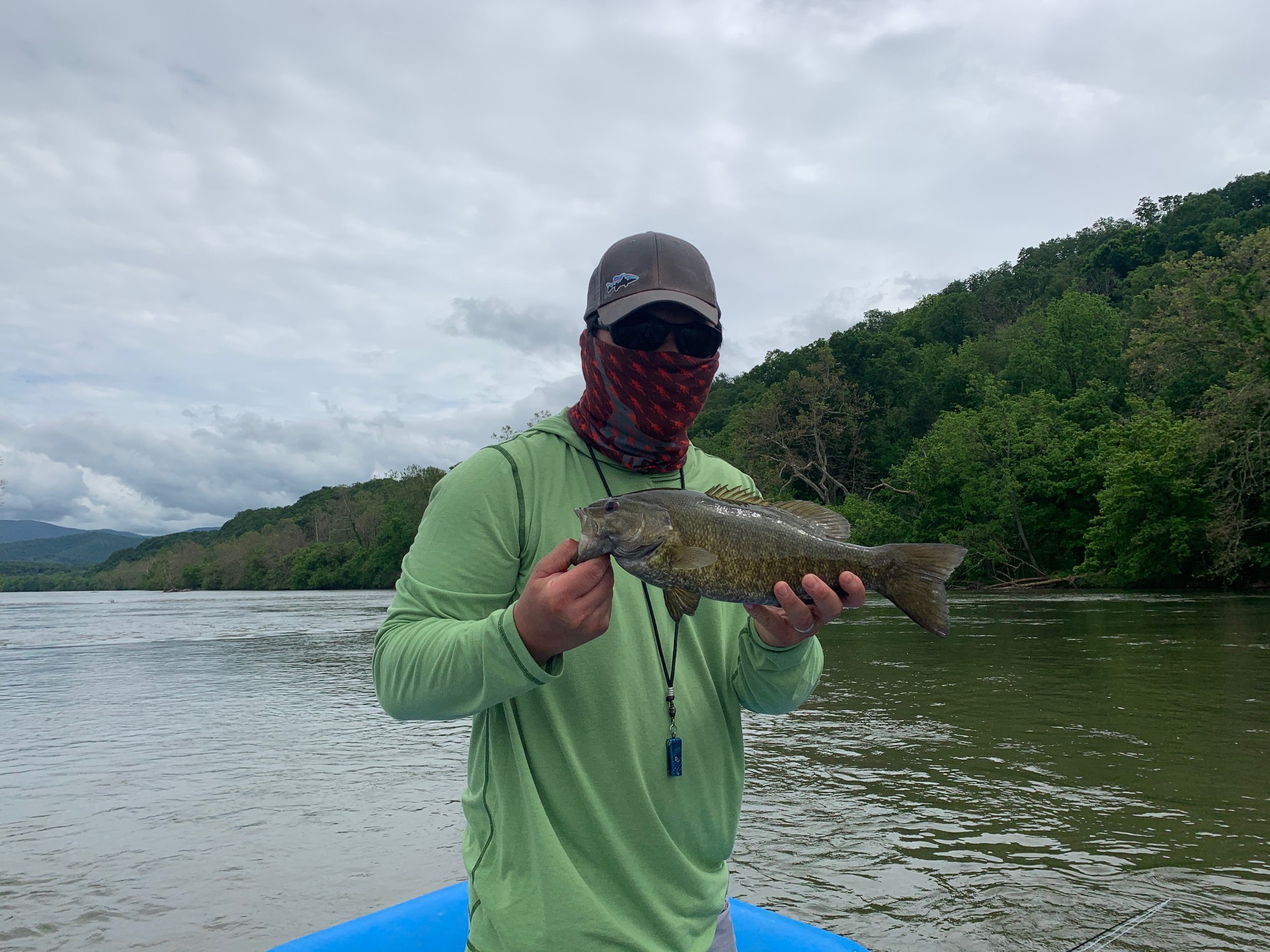 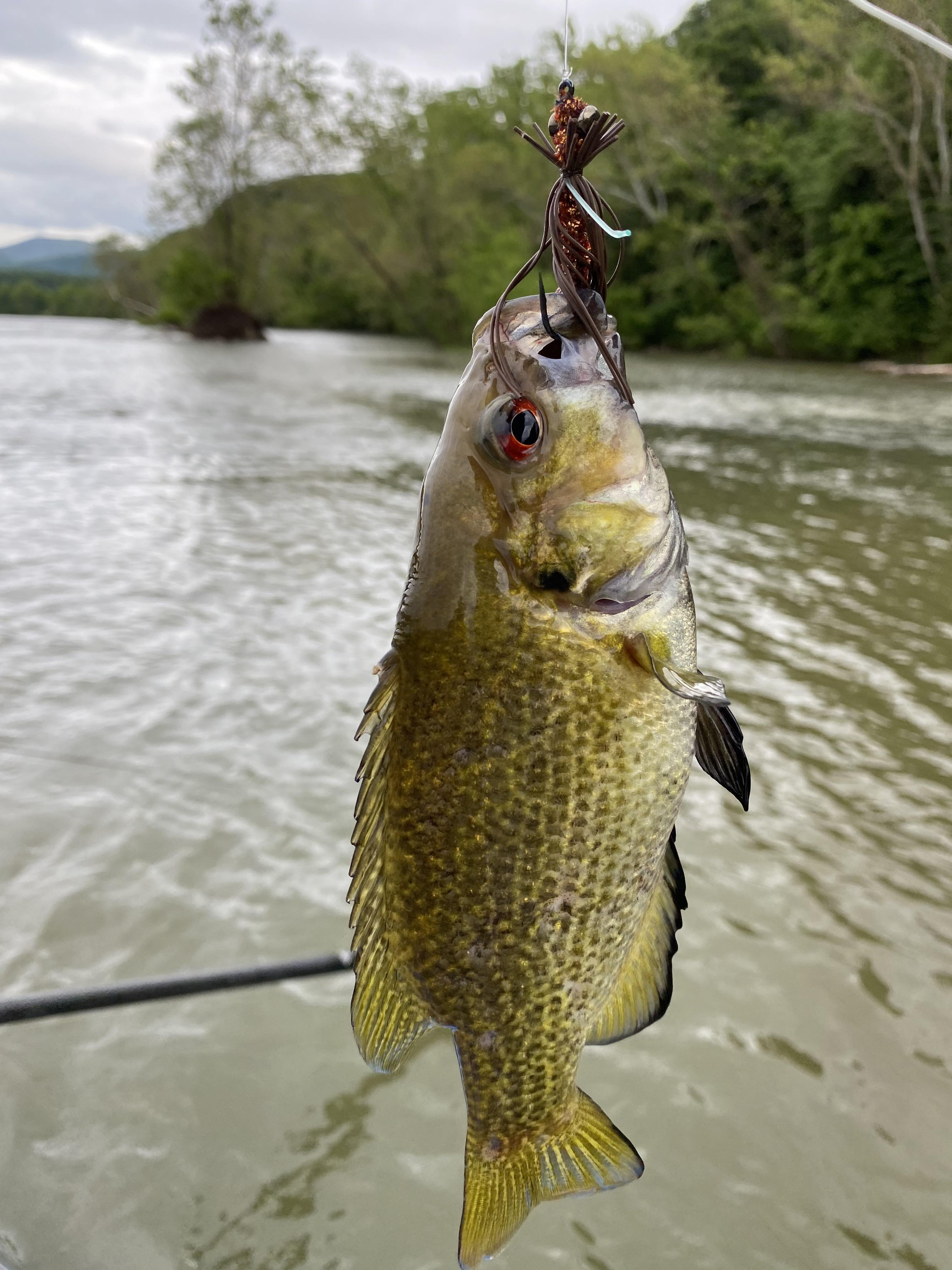 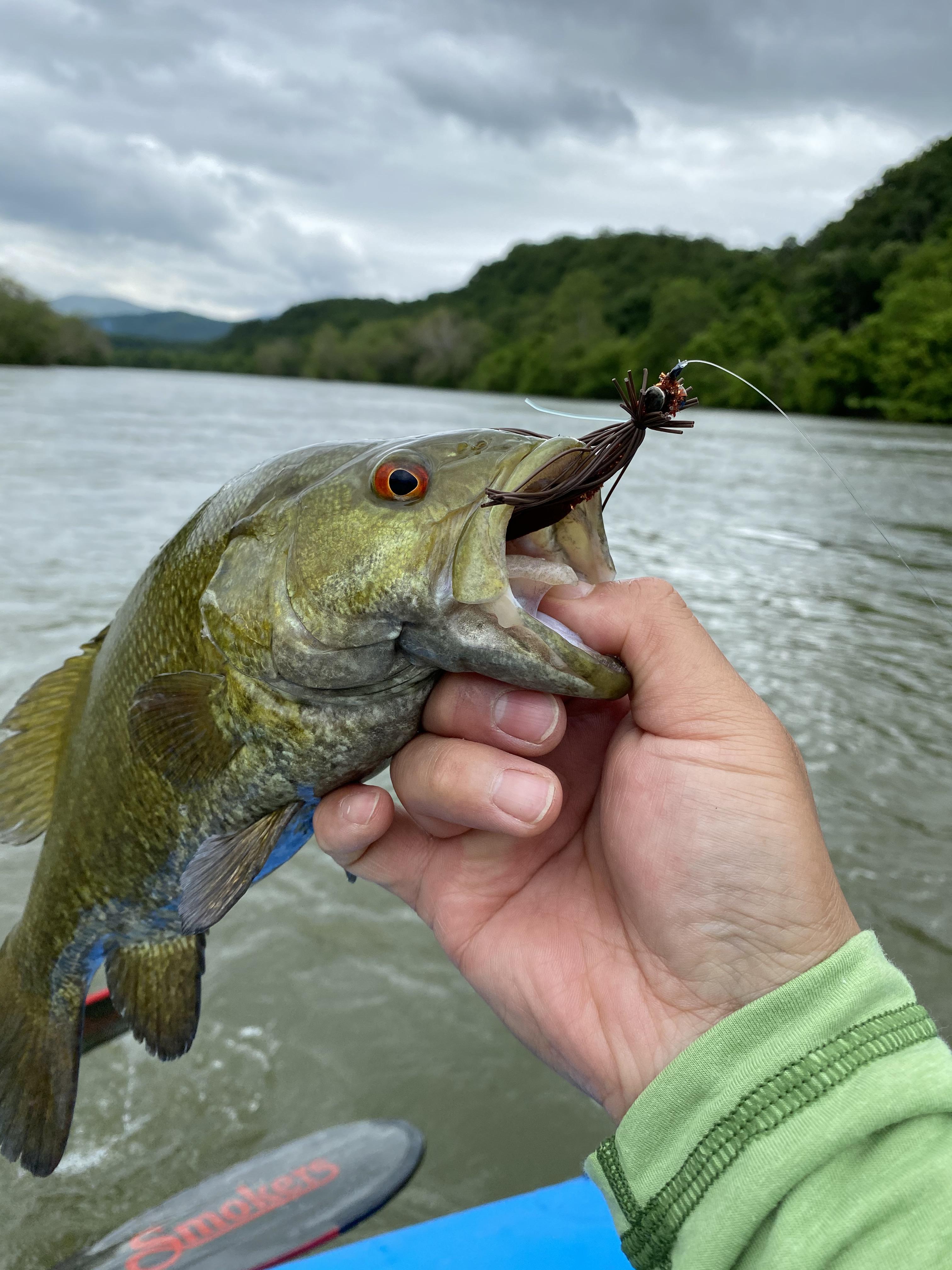 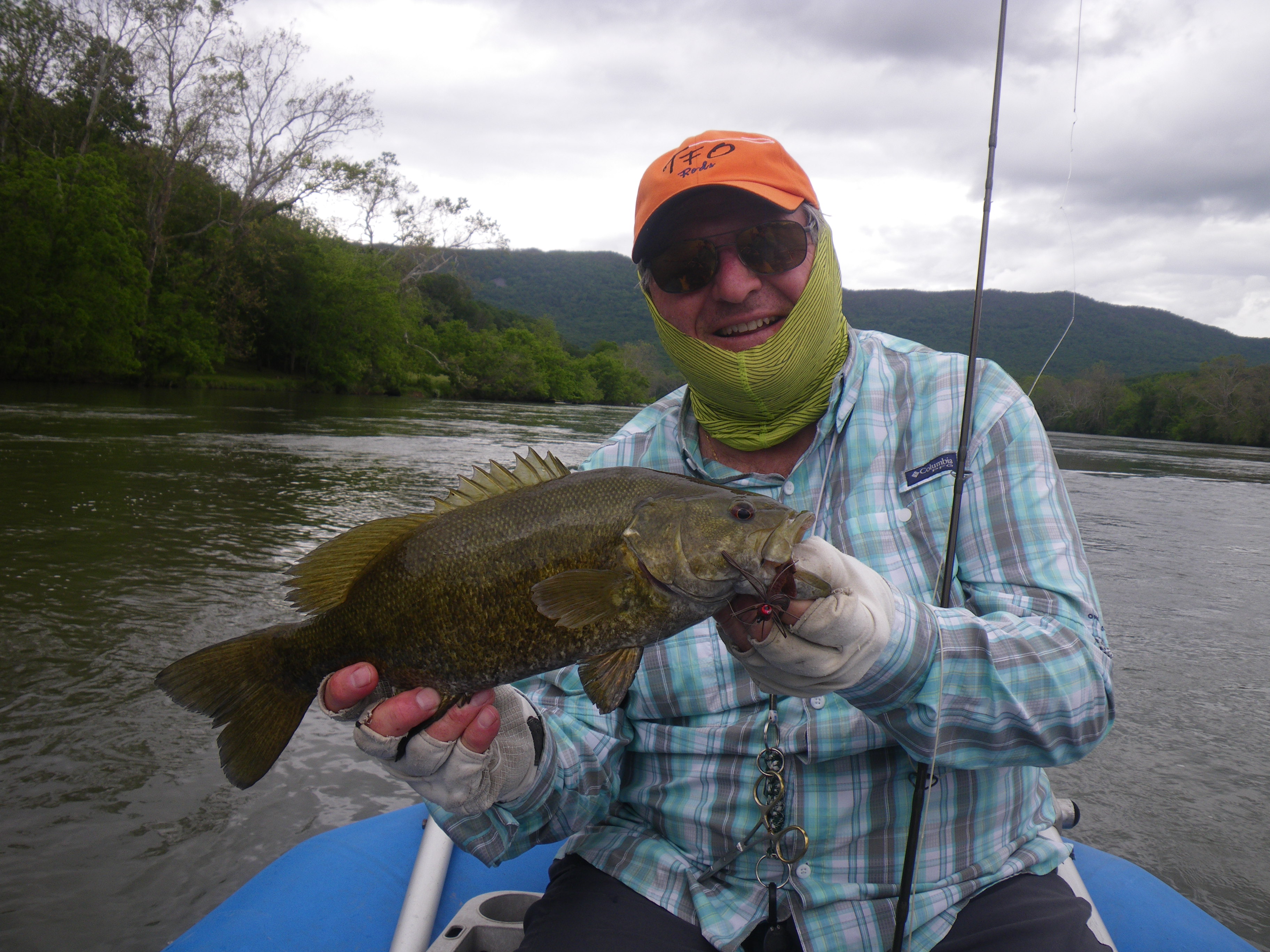 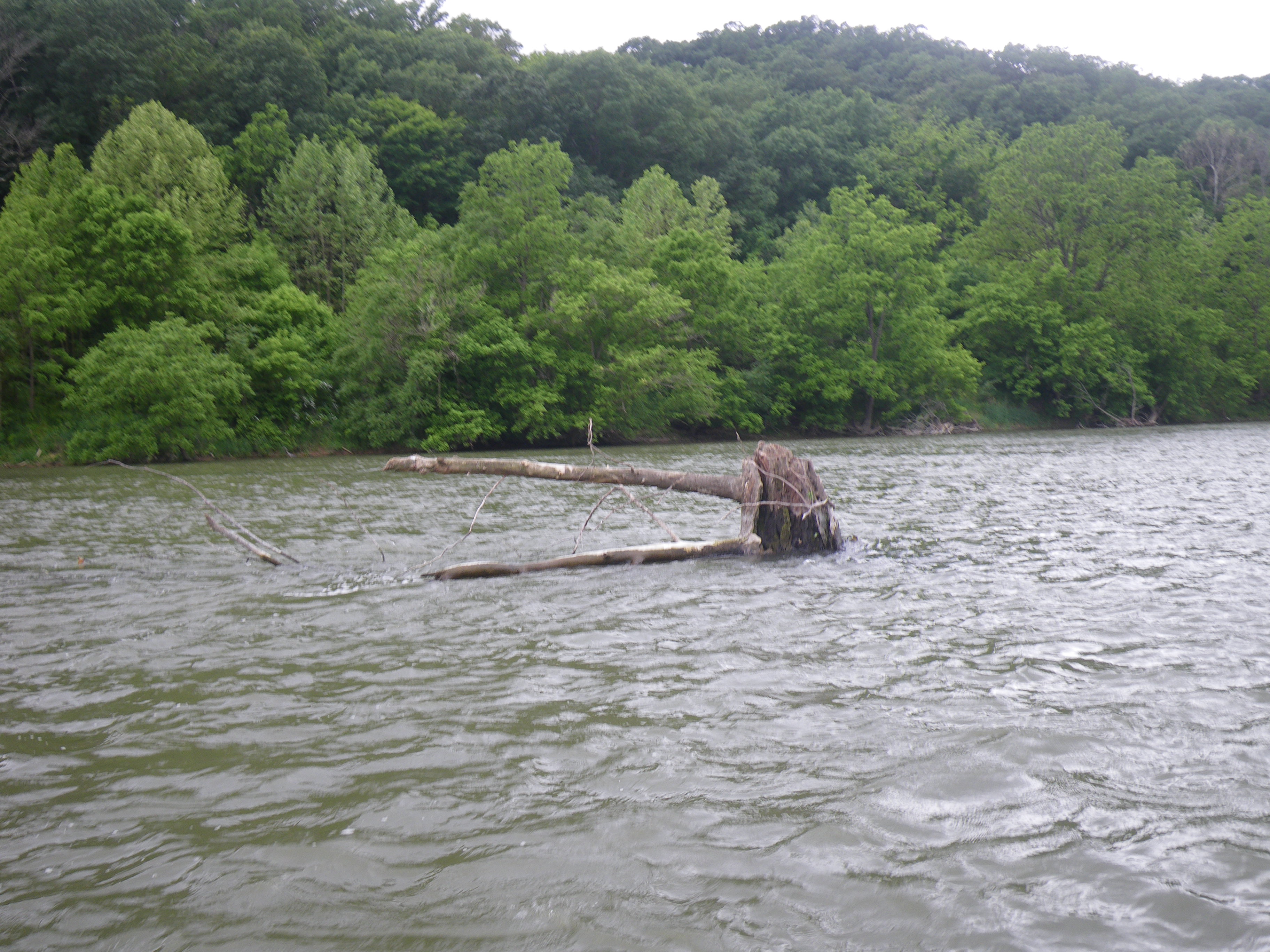 All in all, we caught 2 Rock Bass (one each), 5 big blue gills (John 4, Ernie 1) and probably 2 dozen very healthy smallies...with John catching at the most. I think I had big fish (or tied) at 17" but all of the fish were wide and healthy!

Jeff knew where most of the fish hid and more than not, they were there. I know I missed 2-3 fish including one that burned my finger when he took off and spit the hook. Never saw him. The best one though was a nice 16 inch class fish that jumped a couple of times and then did his final jump right by the boat. He was up a couple of feet, looked at me and threw the hook! Thrilling!

I am sure there is more to report but as I stated in the opening sentence, I am tired!

Edit to add that all the fish were between 14-17" except for one. And I'll say it again, they were all heavy!

Sweet!  That is a great day.  Congrats!

Two years of combined UP fishing surpassed in a single trip. Great report.

It's a shame the smallies have taken to smoking those big cigars...

A little respect please...those are Cuban cigars. Only the BEST for our smallies!

Great report - glad you got into the fish. It's been a while since I've had a day like that.