What started as a joke with my work buddies is now a real quest that I am on. Two of us, who had record breaking sales years last year, got called out in the beginning of December by our bosses boss for not having generated any new sales pipeline for one of our products in November. In trying to understand the rationale of calendar month being more important than overall pipeline (which i had a lot of), I joked that I dont even catch a fish every month of the year. Then, while reviewing my first year of trout fishing, I realized that I had caught a trout every calendar month since i started, June through December. Last month was pretty mild and I got my January trout on the 19th. I was worried it could turn cold in February and wouldnt get out, so I was thrilled with 44 deg air temps today and set out to fish the Yellow Breeches in PA to try and keep the streak alive.

It was a beautiful day on the water. No wind and the sun was out making it quite comfortable fishing without gloves and with a light jacket instead of a bulky winter coat. I got to my first spot and there were 3 cars there already. I walked to the stream and ran into a super nice young guy getting into the water. He just moved to the area and it was his first time fishing the stream so we chatted for a bit and I gave him some pointers on that stretch. He said he was going to work upstream so the run I like just downstream was free and had not been fished by him. 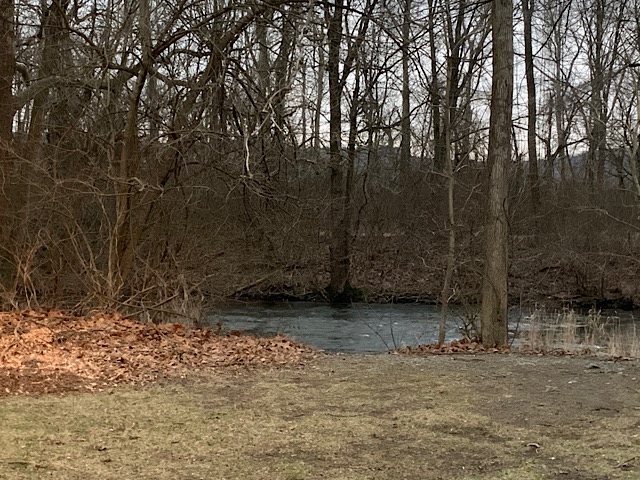 About my 5th cast in I hooked up and fought a nice 12 to 13 inch brown that eventually jumped and came off before I got him to the net. A minute or two later I hooked a small fish and he came off too. I went around the bend to my 2nd spot. After working that stretch for a bit, I hooked up again and it felt big. Well it wasnt. The fish was small and was on my upper fly while my lower fly lodged into a rock on the bottom. Suddenly I was 0 for 3 and started wondering if today was going to be my first skunk while trout fishing. I know its coming and will be fine with it, I just didnt want it to be today.  2 casts later I hooked up and finally landed an 11 inch wild brown. 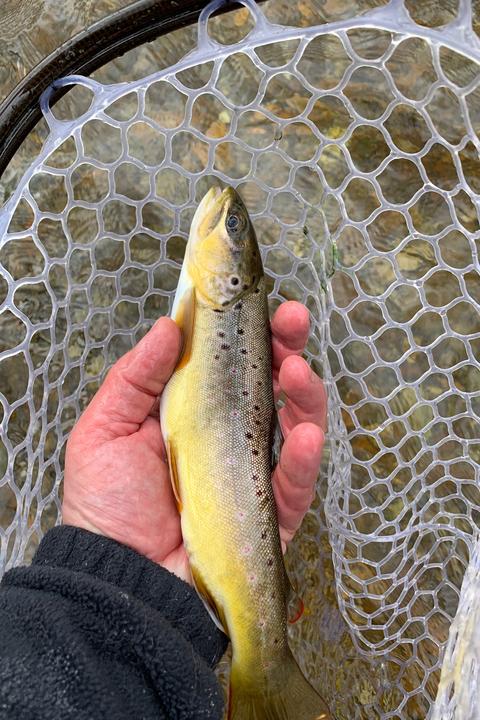 I had a couple more hits, moved to another spot and was disappointed that I couldnt buy a hit there.  I ended the afternoon with another small brown. In total I fished 3 hours, landed 2, lost 4 and had a few other hits. So I had a great day on the water, avoided the skunk and I kept the streak alive by getting my February fish. Most importantly, Im still loving fly fishing for trout. 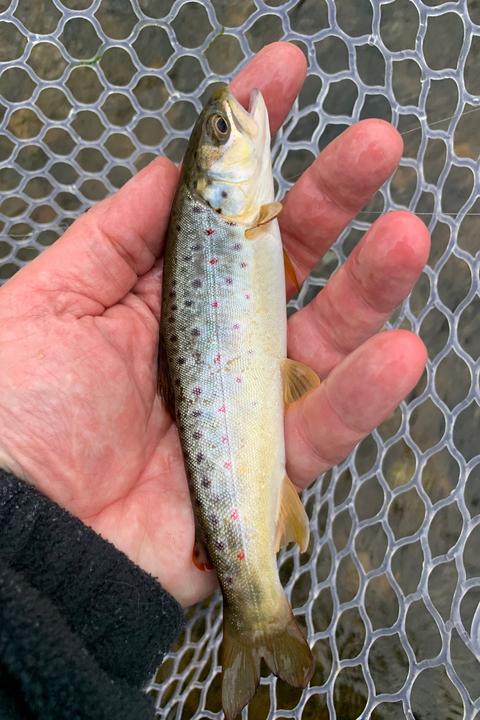 First, nice job on the trout.

Two of us, who had record breaking sales years last year, got called out in the beginning of December by our bosses boss for not having generated any new sales pipeline for one of our products in November. In trying to understand the rationale of calendar month being more important than overall pipeline (which i had a lot of

The reason the boss called you out is because they don't care what you did for them yesterday, they only care about what you can do for them tomorrow

What really got me was when my commissions exceeded my boss's income - they would adjust your commission plan so that wouldn't happen again and still be mad at you for racking in more $$'s than they did.

Congrats on a great year!

Just like in sports, those in sales (I did it for 15+ years) know that you start from zero and work it to win by the end of the year. You're a bum in January and hopefully, a hero in December. I loved that challenge. While in sales management, I wanted my sales reps to make more money than me because that was an automatic raise for me. It was a good recipe for success. And yes, my quota went up every year...it never went down.

Thanks guys, I totally get that. I've been in the industry for 16 years and this company for 7+. My quota has gone up every year so that's no surprise and I accept it. We were scratching our heads at the notion there needs to be some sort of calendar linearity in pipeline. So I could put up $10M in new pipeline in both October and December, 4 times what everyone else is doing, but be a scapegoat when there's a 0 in November. All of this from a guy, BTW, who came from running a business elsewhere in the company that was smaller for all product lines than my territory alone which is only 2 of 12 products. <rolleyes>

Anyway, it's all good and it lead me to my quest which does make me happy. Now enough with you guys, I have pipeline to generate. ;-)

Prospect list is what we used to call the pipeline...

Go get that INK Paul

Wow catching trout every month. That is awesome! Hope you can keep up that trend!

I've never caught any trout except for the salty kind.  I think I'm going to try to change that over the next few weeks.