With the forecast saying that we were going to have NE and E winds, I had not yet made a decision when Mike Luparello came over at 5:45a. We got in the truck and checked all of the forecasts again. They all said 5-10 from the NE with gusts to 15. That's not good when you want to fish places on the western shore of the bay. There was even a Small Craft Advisory for parts of the bay. Aargh!

When we got to Tyson's, we both agreed that putting in at Spa Creek would be the best bet.  So on we went. 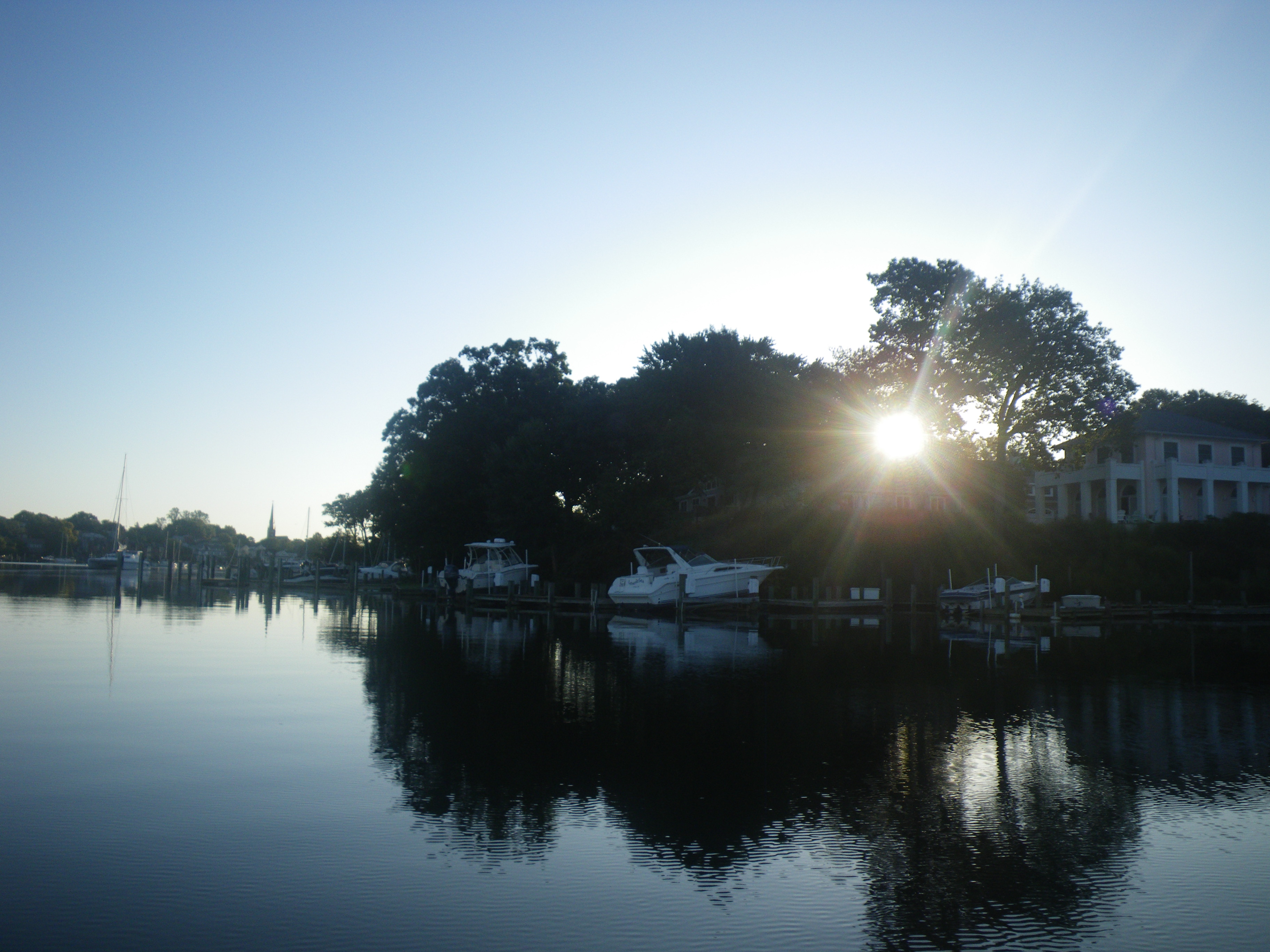 It was beautiful out there and we both needed light jackets at the start.

Mike goth the skunk off quickly... 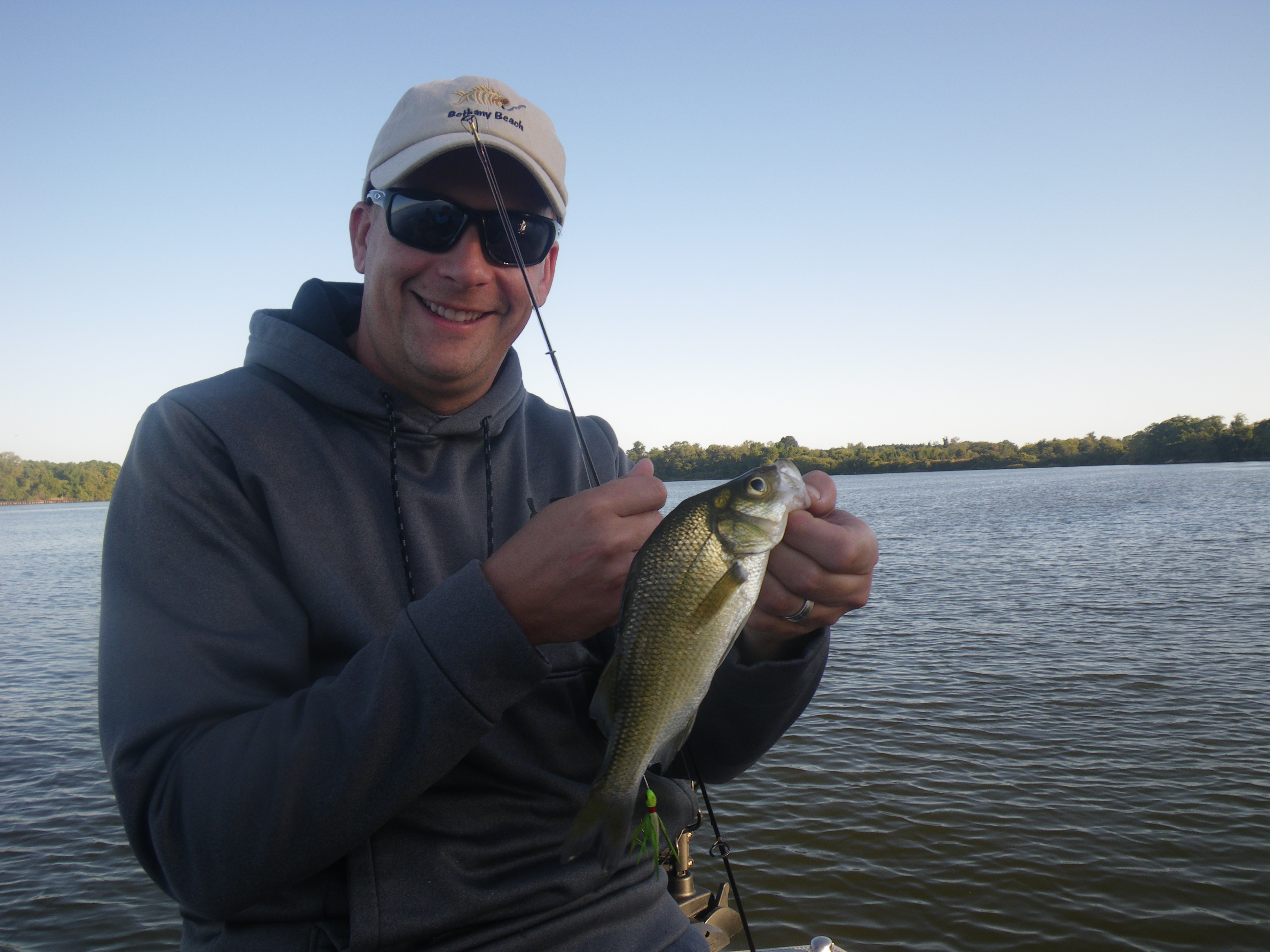 ...and then I hear an, "Oh crap", as Mike rushes to the back of the boat. I didn't know what was wrong and then he showed me what the problem was. 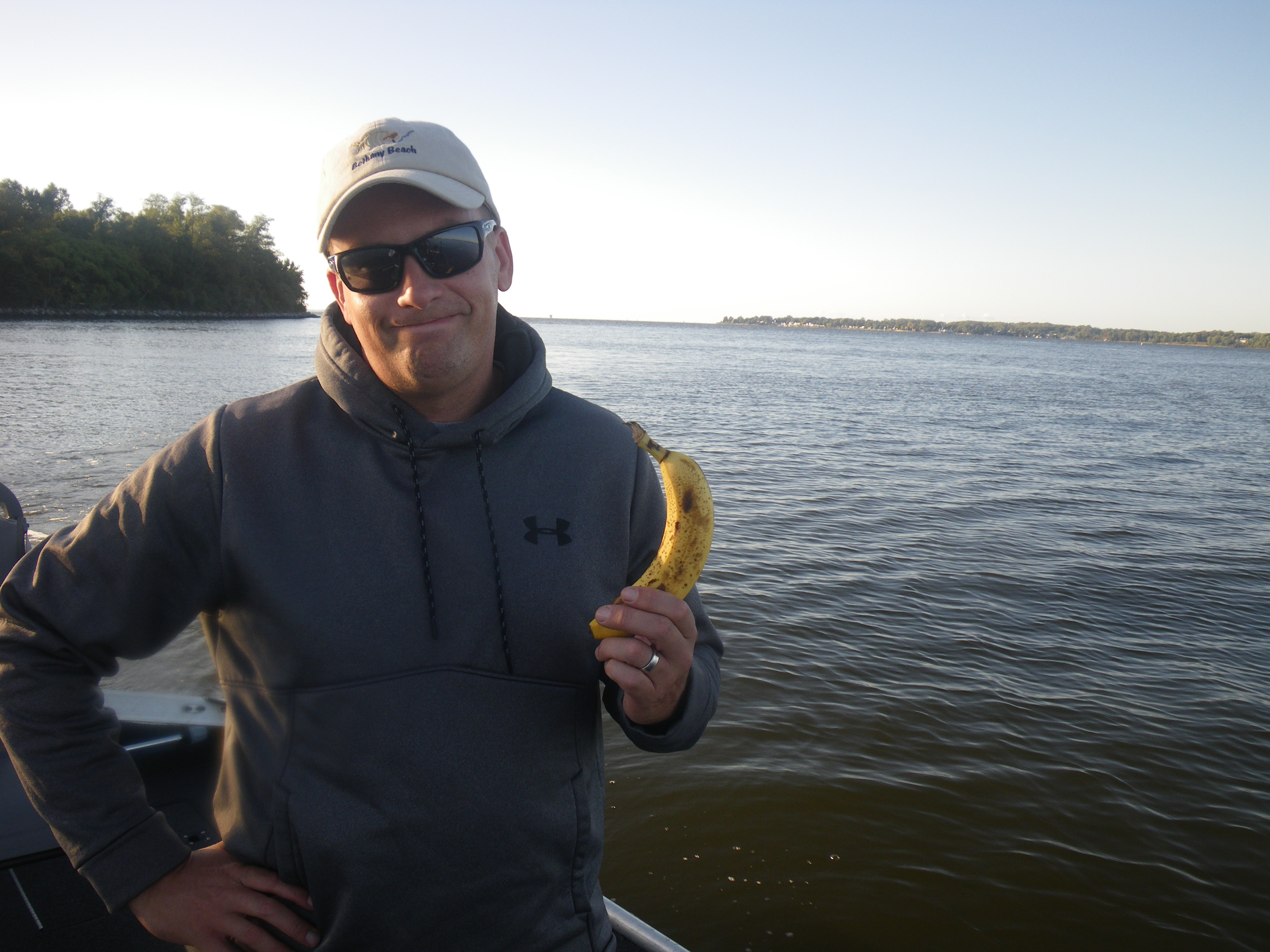 I then got my skunk off but I don't know what happened to the picture.

Fishing was really slow at our 1st spot.

But we did double up. 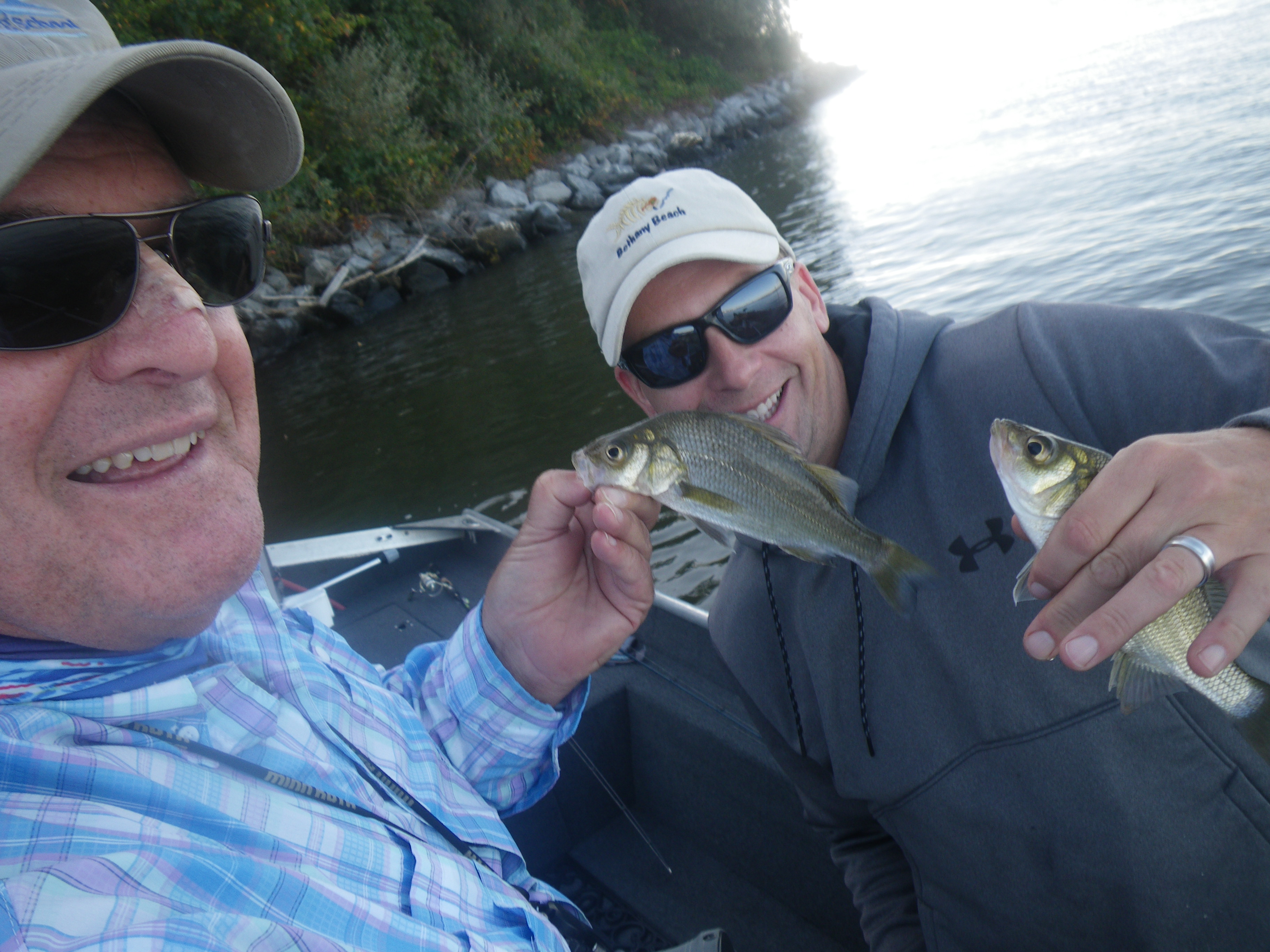 We tried many a honey hole and we had maybe 15 perchies in a couple of hours. Not good! 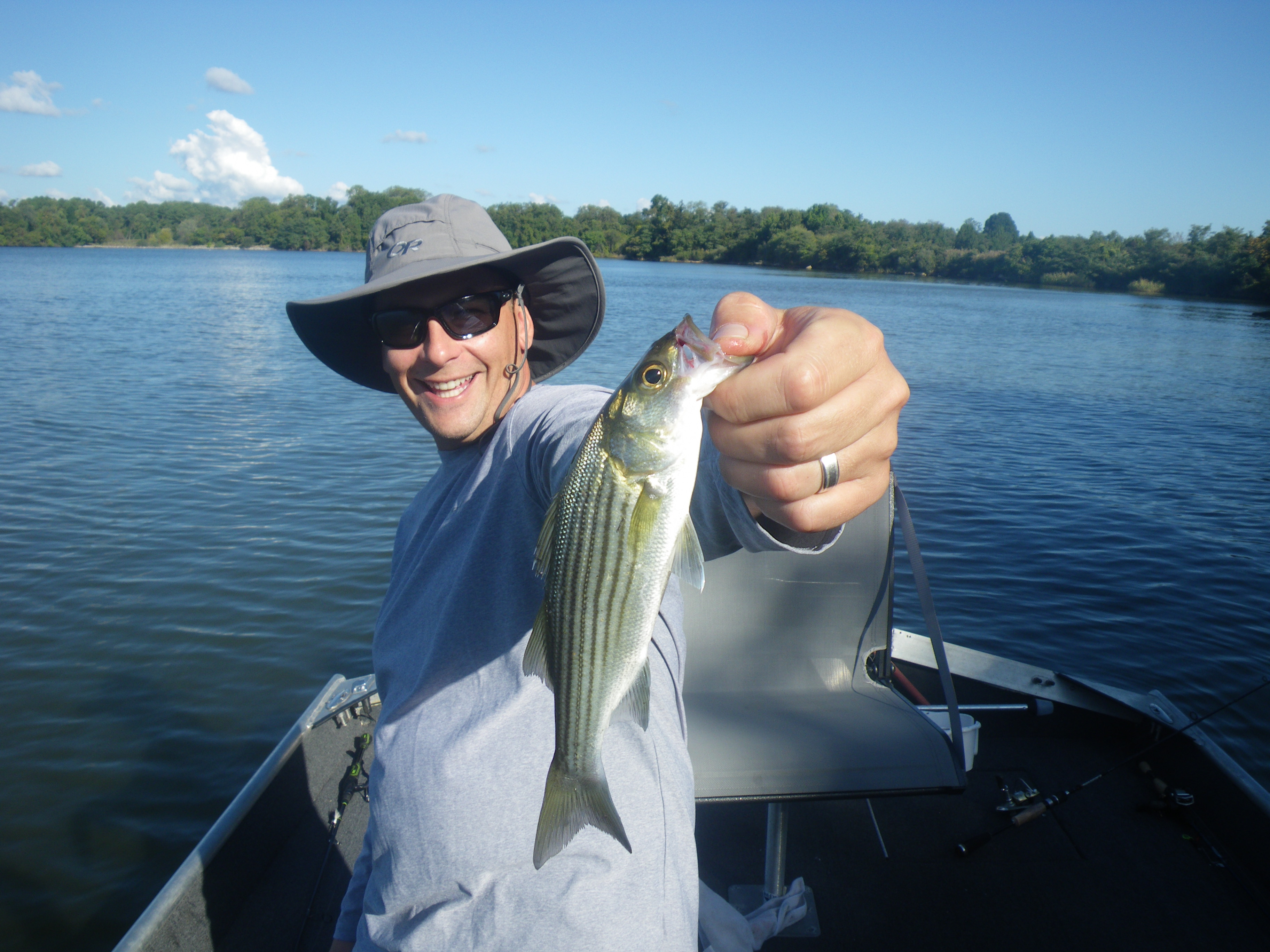 And I did catch a small flounder which I let fall off the hook before getting it in the boat.

I decided to go up river a bit to one of may favorite spots.

We immediately caught a few perch and then Mike became the new Kittie King! 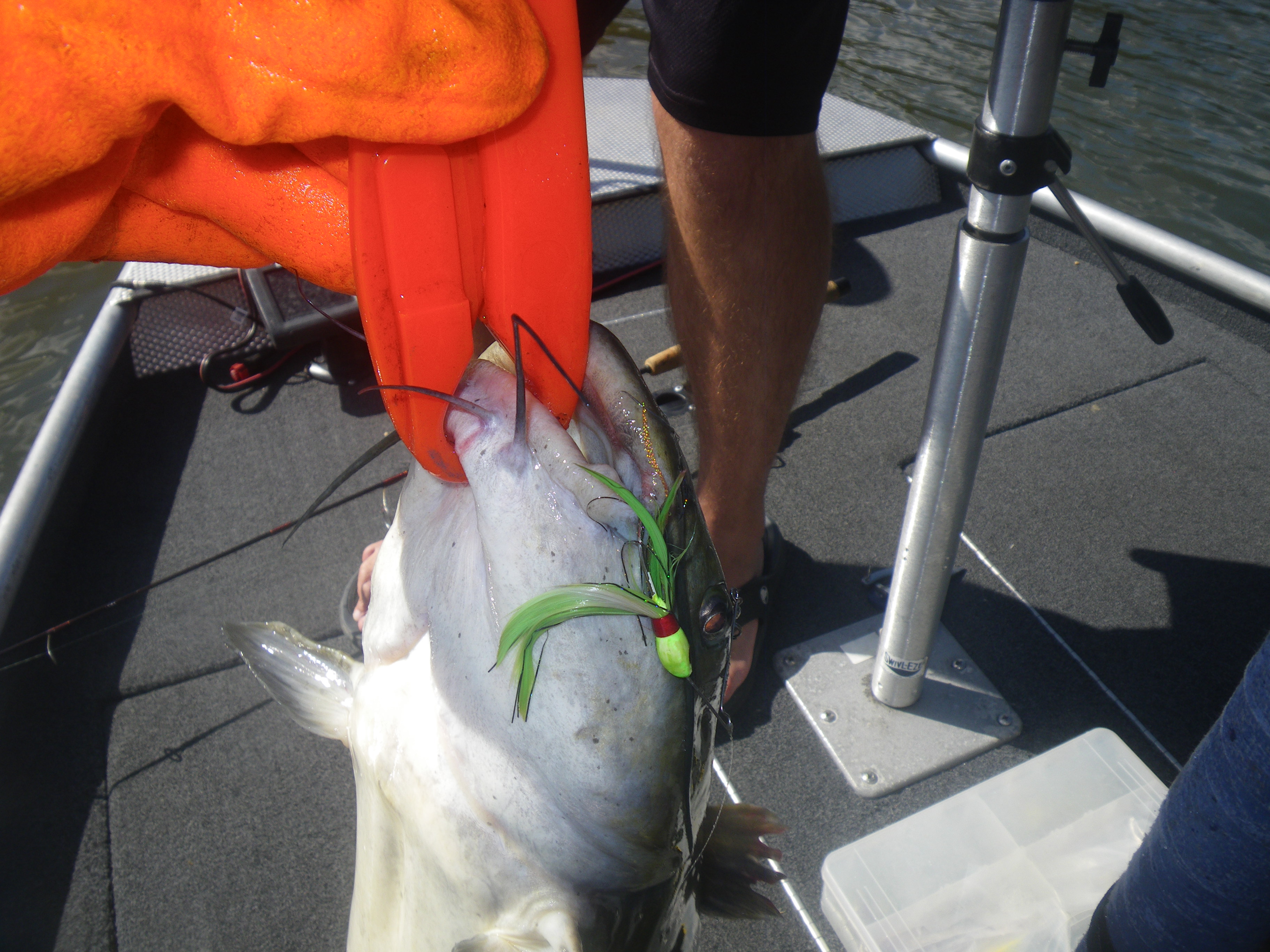 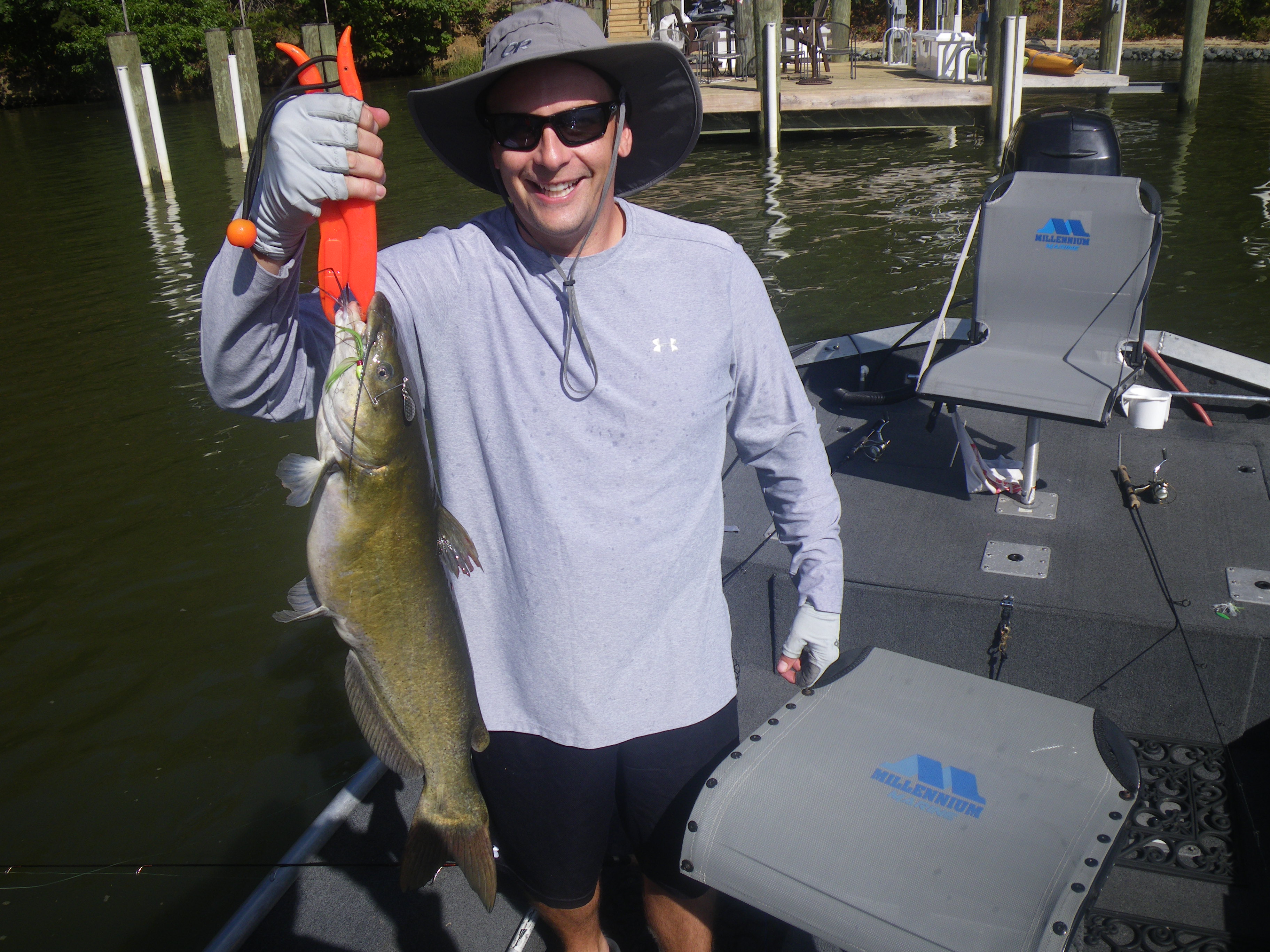 That one was close to 10lbs! 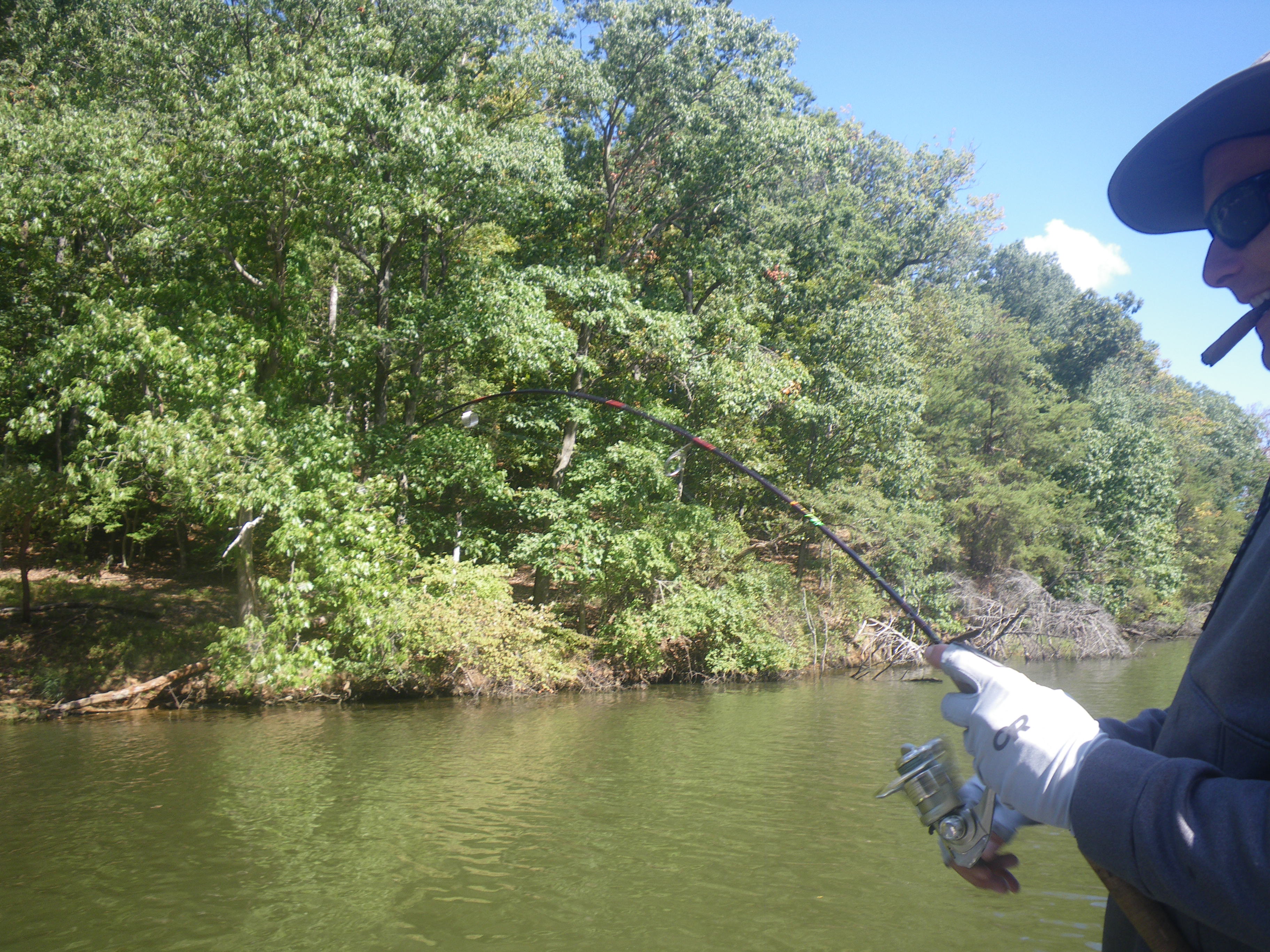 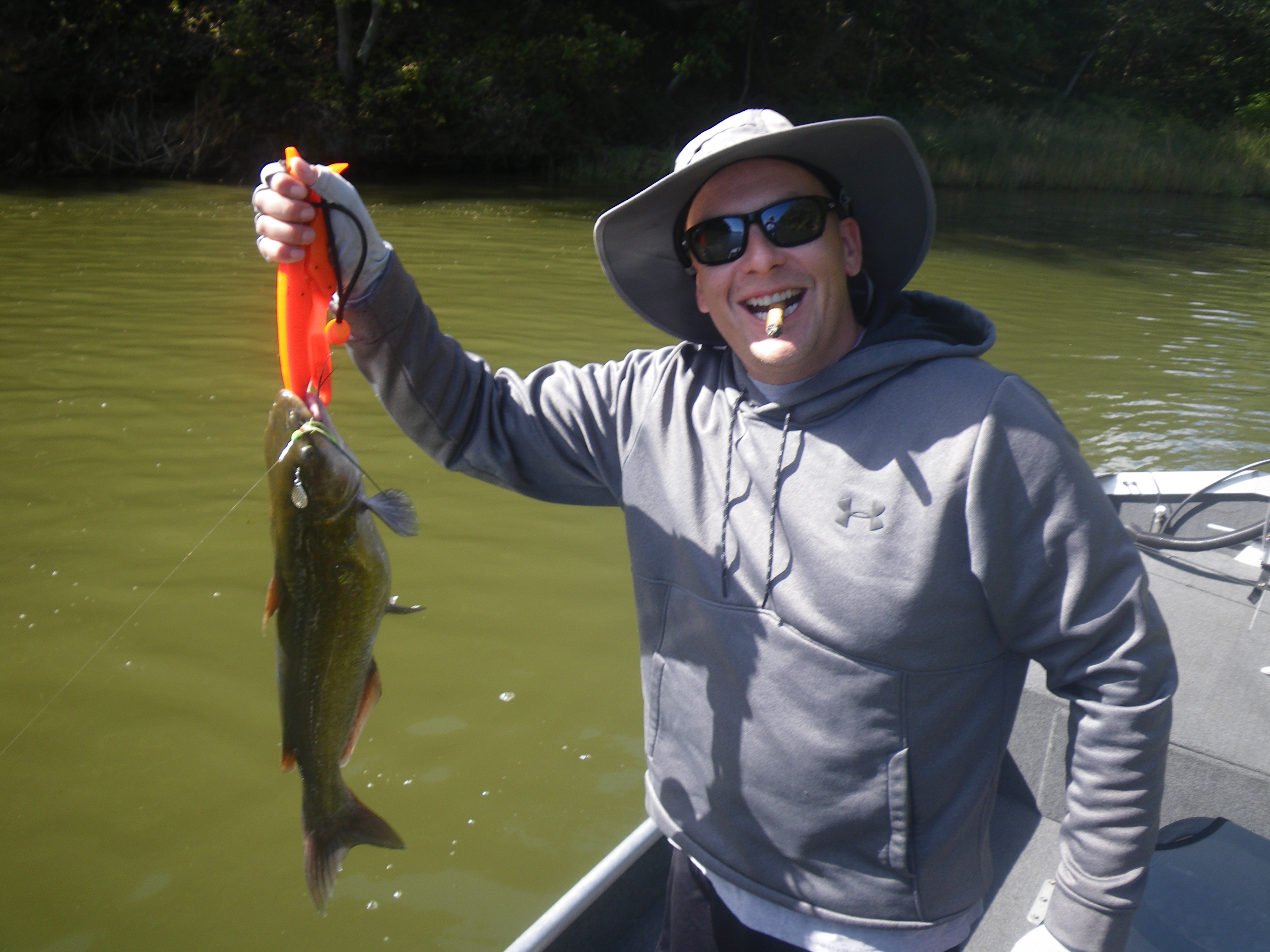 We started catching more perch as we chased the bait around and easily doubled our total from before in 45 minutes or so.

We both had time deadlines so I was toying with going back into Spa to fish or work a few more places in this area. We chose the latter and it was a really good decision.

Mike caught another channel cat but no pic since he was only about 5lbs!

We worked grass edges and caught many, many perch. Lots of 10 inchers... 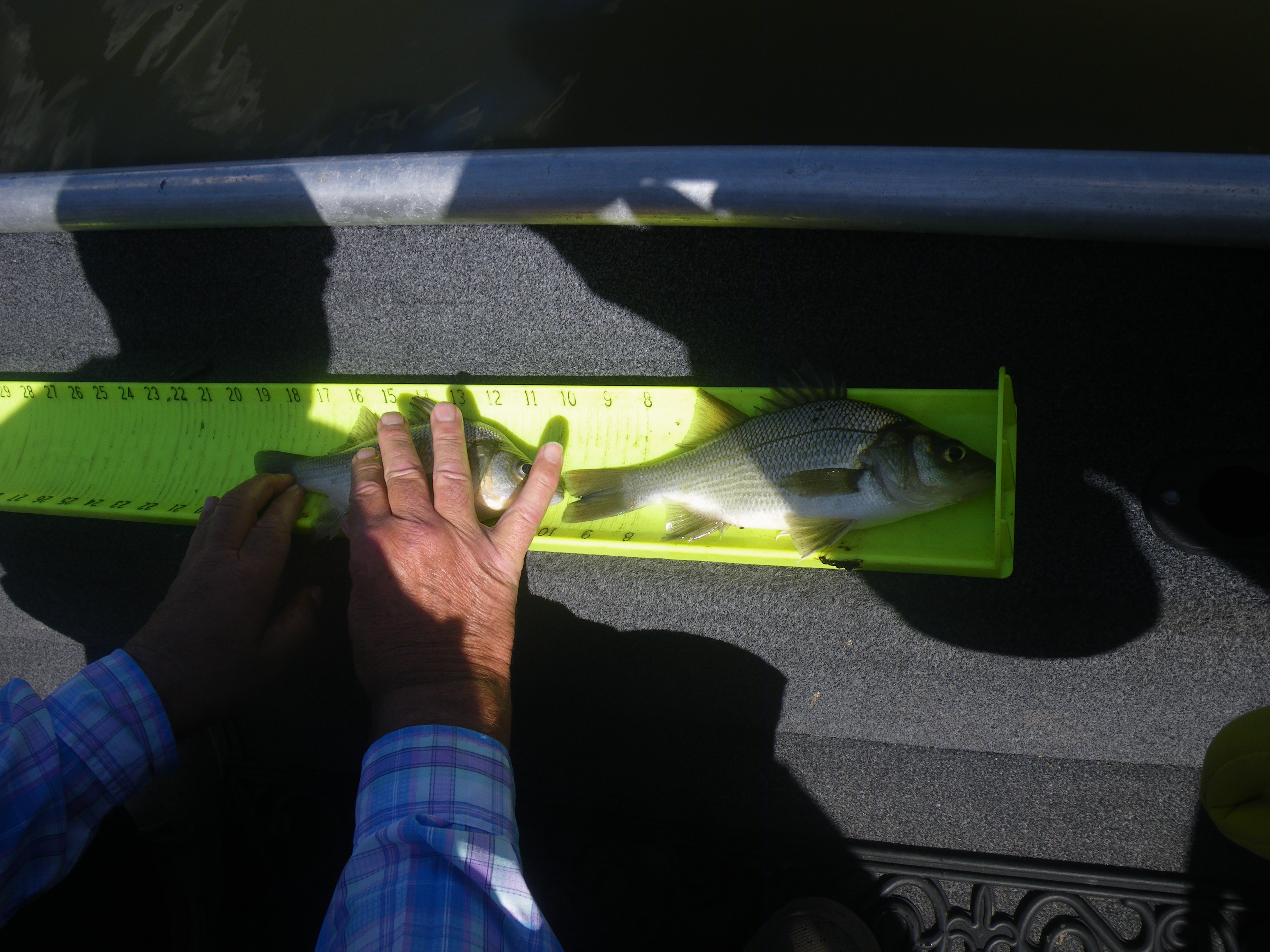 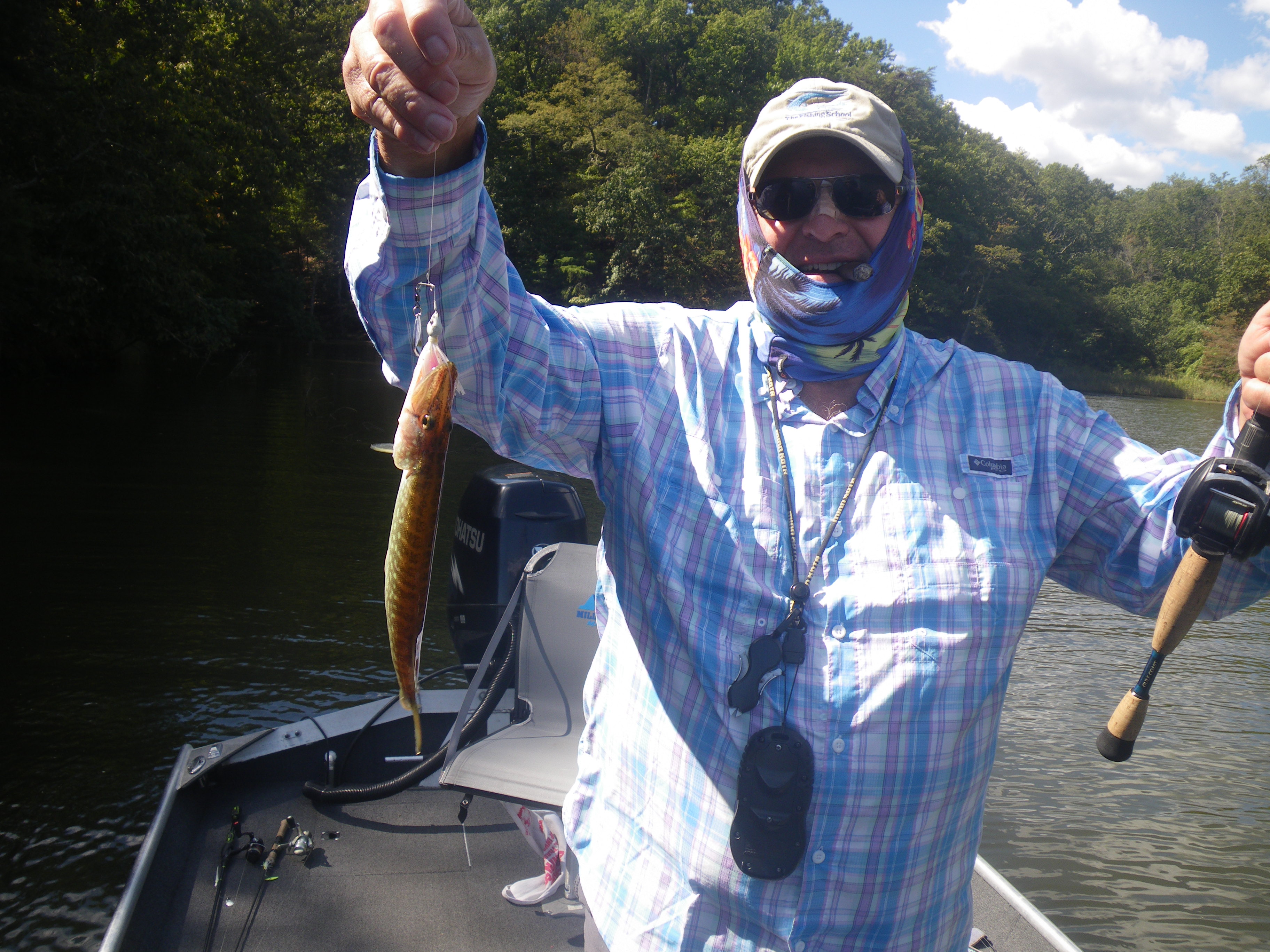 As I searched for the net, I could not find it (it was standing right behind me). Panic!

Finally, we see the beast and net it. Here is a series of pics of the prize catch. 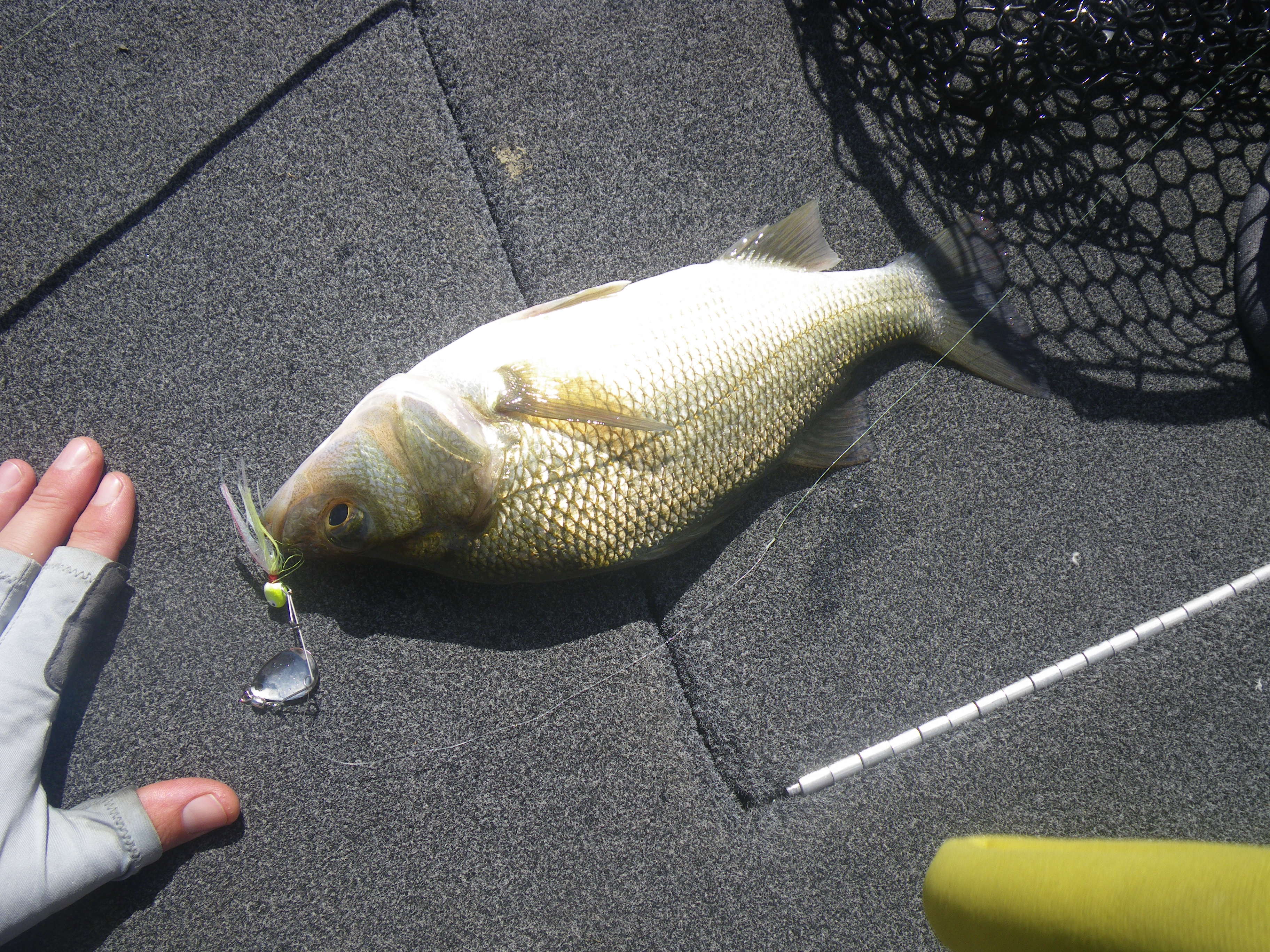 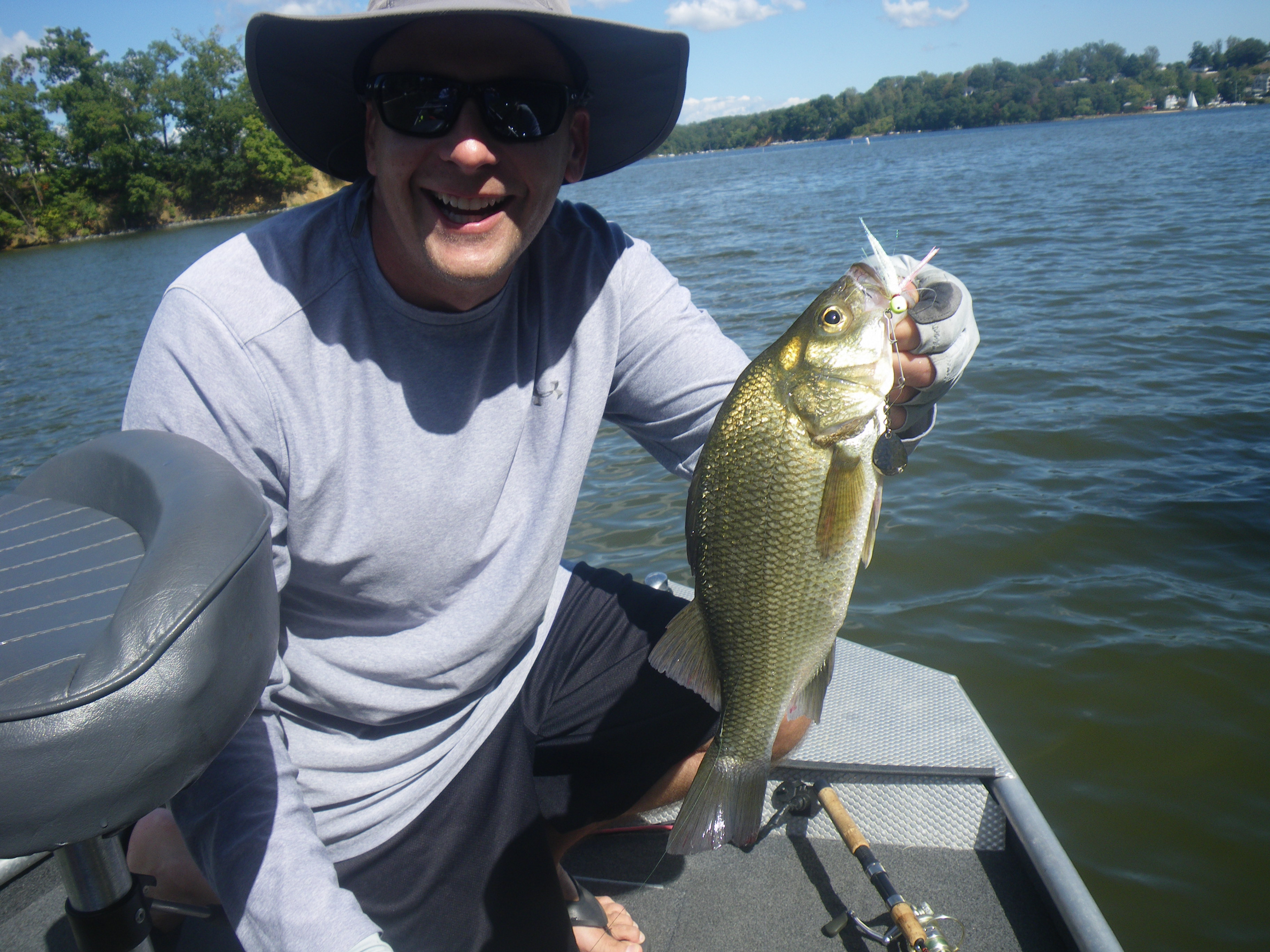 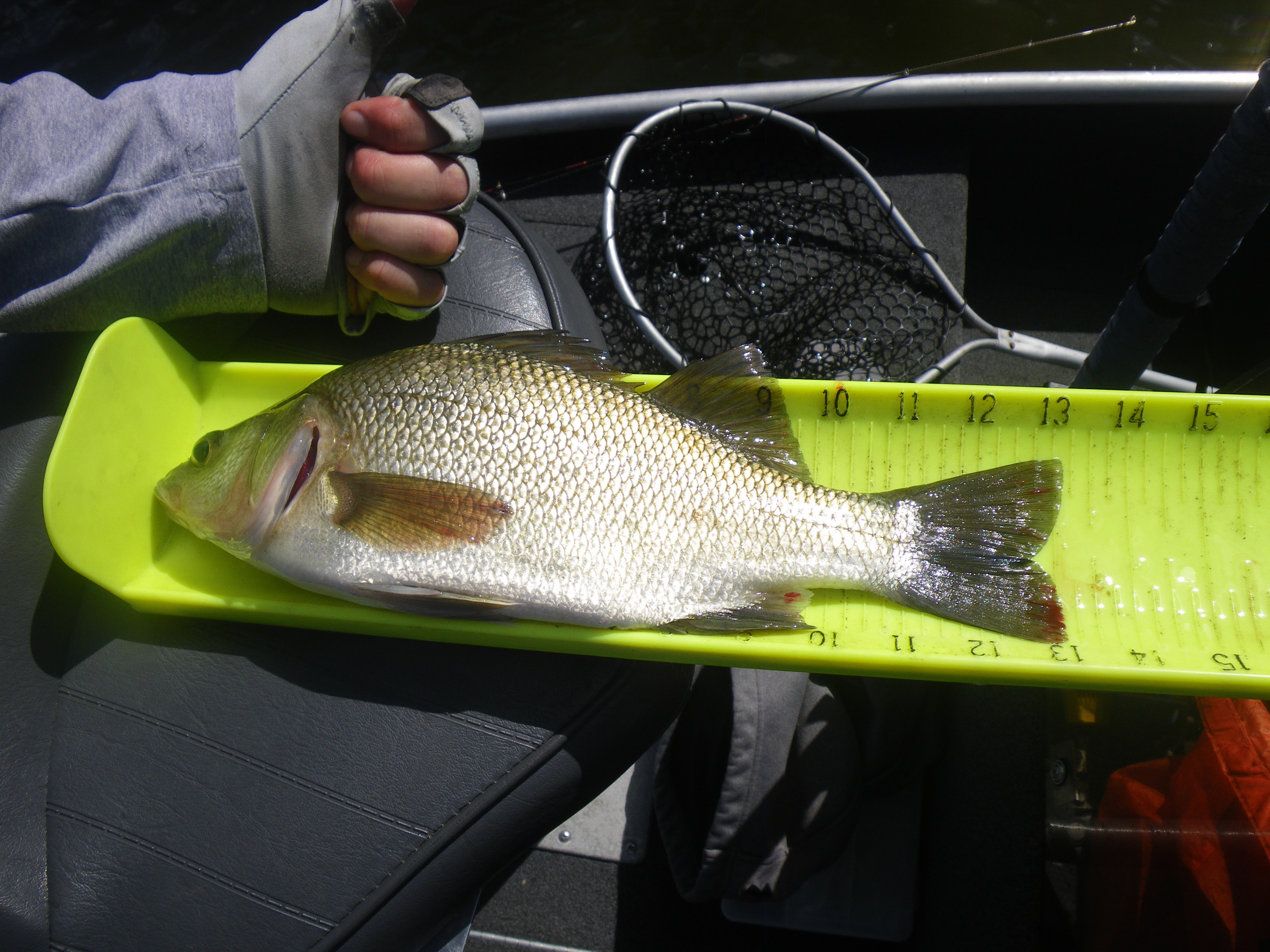 This 13.25" white perch is the biggest perch that has ever been caught in one of my boats...in almost 35 years of chasing white perch!

Mike then followed it up with a very nice 12"er! 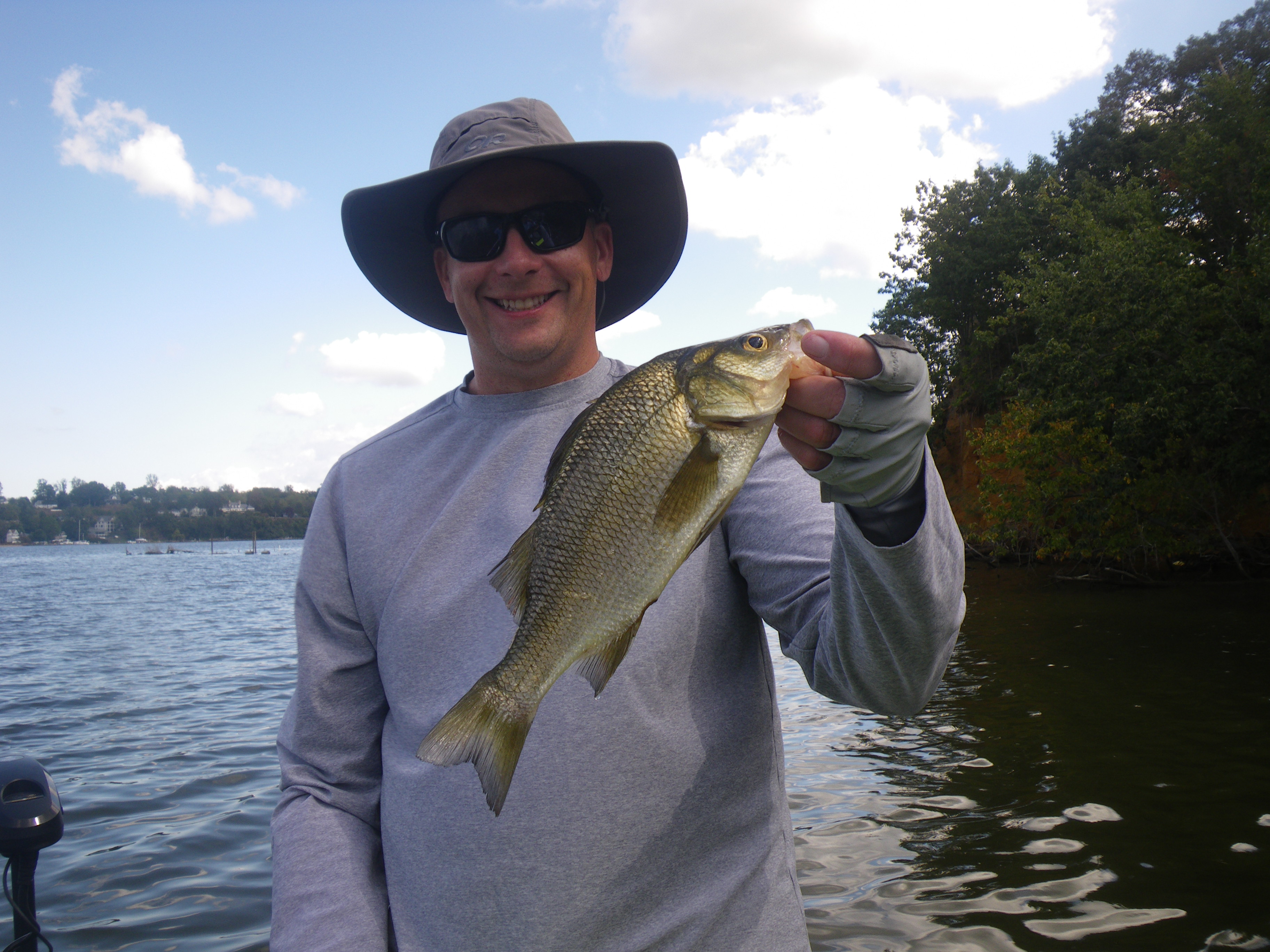 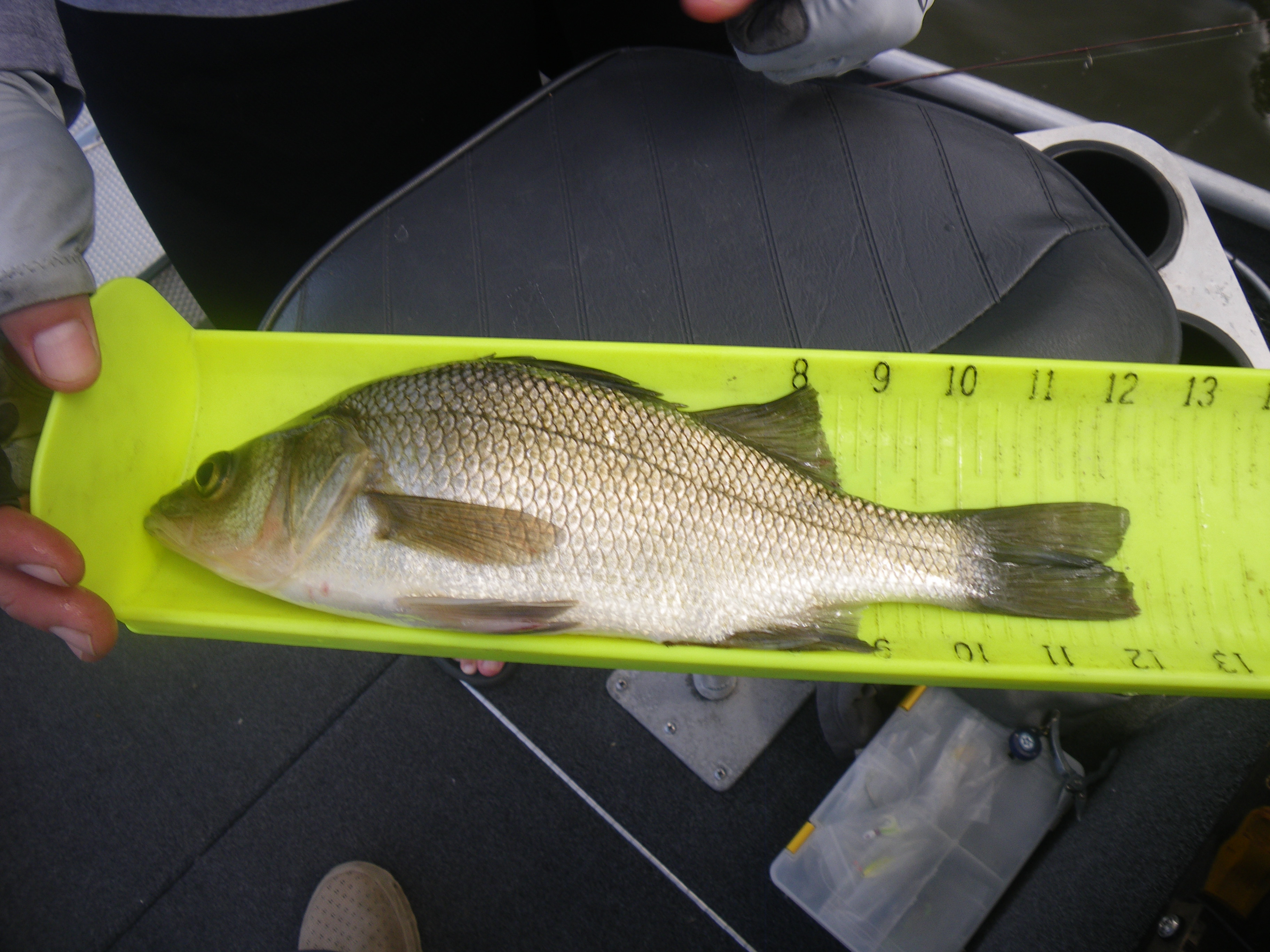 We headed back in and fished the condo and caught a few more but we were done...elated with the day.

Mike caught a lot of perch.

Mike caught a monster perch...a fish of a lifetime.

We ended the trip by stopping at a taco stand where we had to make a bunch of tight turns while pulling the boat. It was worth it. Authentic Mexican food from Jakie la Acapulqueña.

Man that was good...and I didn't take a pic because we were too busy eating gorditas, tacos and pupusas.

Great report. That is an absolute slob of a perch!

That is a great day!  Congrats on the pig perch!

What a great report! Fishing, WP, monster WP, and tacoooooooooooooos