I had about an hour to kill yesterday while my truck was getting an oil change, so I brought a light spinning rod and the tiny Rebel Pop-R and uber'd over to Lake Whetstone to mess around. Low and behold, I caught a decent lb'er right off the bat, then two more dinks farther down the trail right of the boat house. 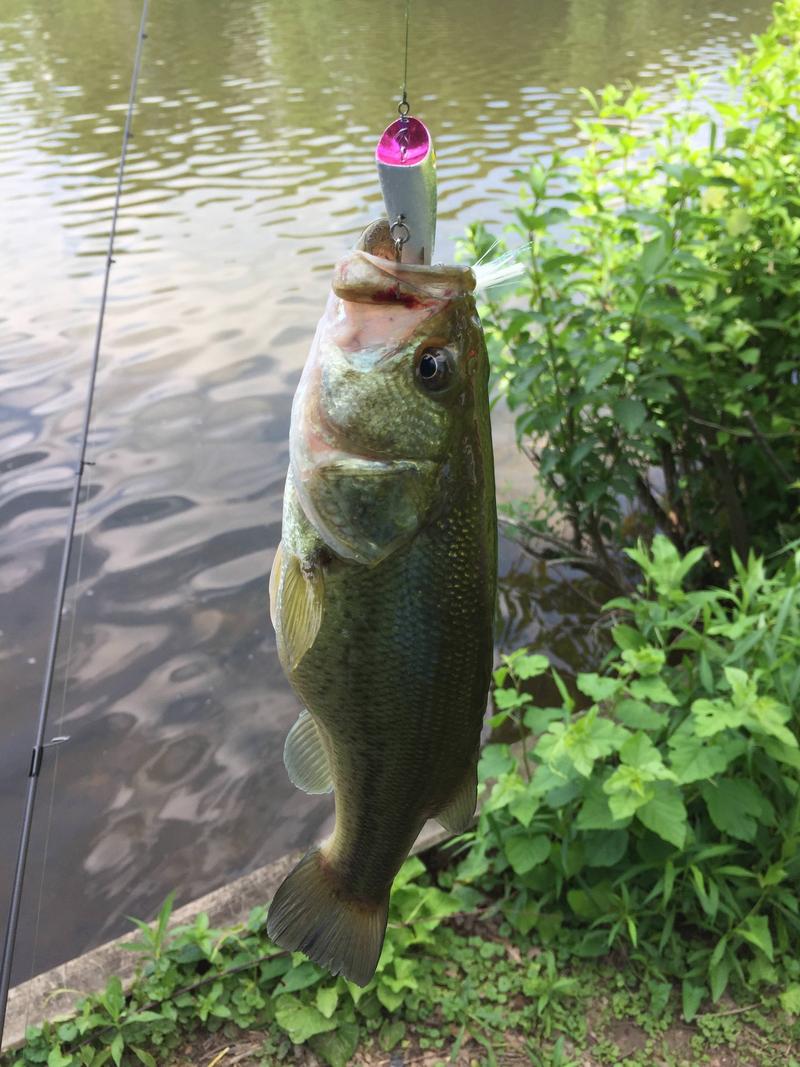 I would have had another decent one, but I had casted near a brush pile, and the bass headed for it and the mini-popper got snagged on some branches. I was using 8lb braid so it snapped off while trying to get it back. Luckily it wasn't far out so I could use wading boots to get it back, but they were at home.

So this morning, determined to get my mini popper back and encouraged by the hits on the popper yesterday, I headed out around 7AM back to Whetstone. Last year, I threw poppers about 4 times and got zero hits and gave up topwater at this lake, but it was the middle of summer and probably not under the right conditions when I tried. This morning it was almost zero wind, started cloudy, then became partly sunny behind clouds. I threw on a Lightning Shad Rico, and got a nice 1.5 lb'er on the second cast, followed by 3 more dinks. 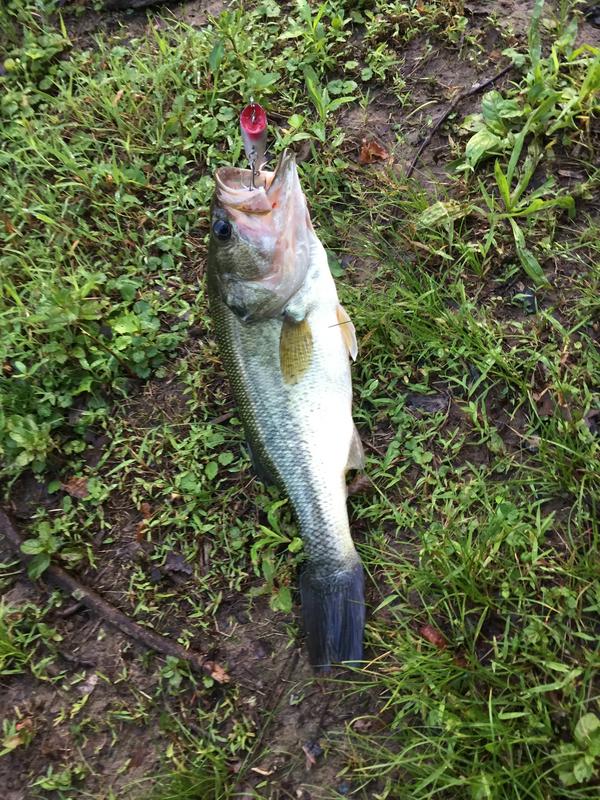 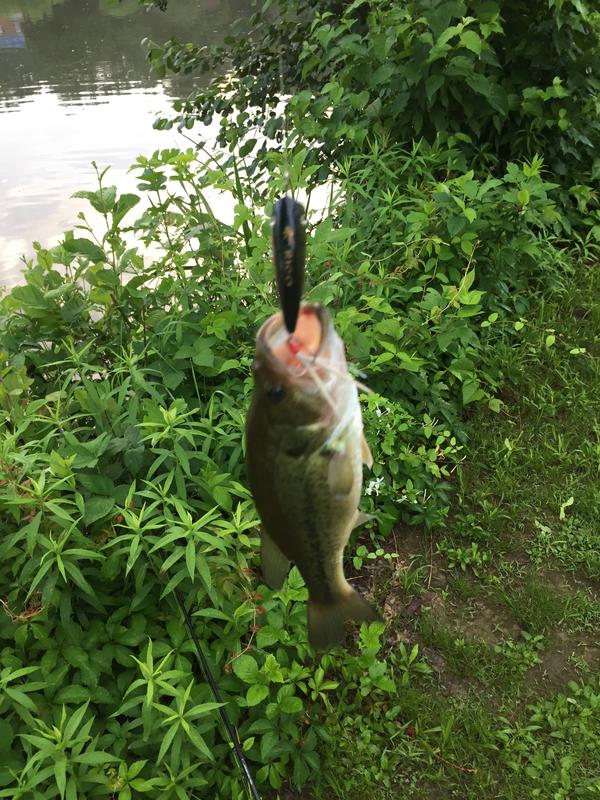 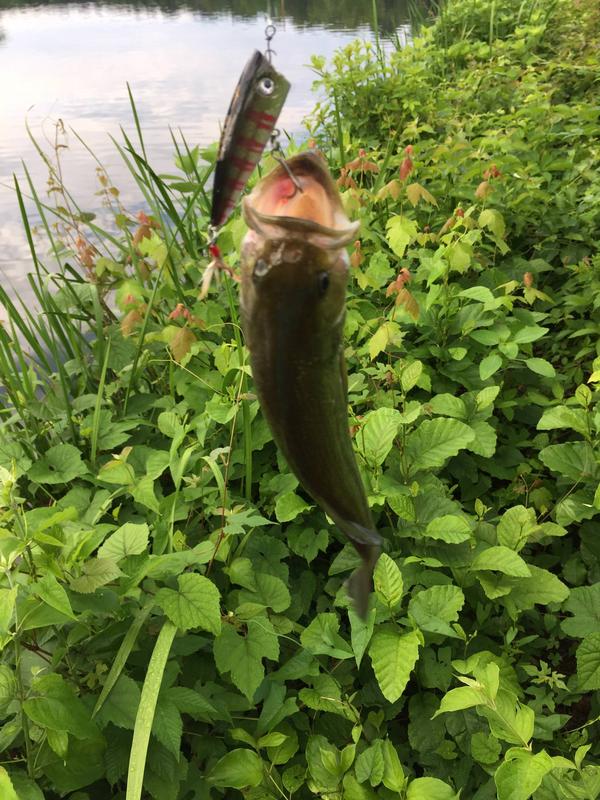 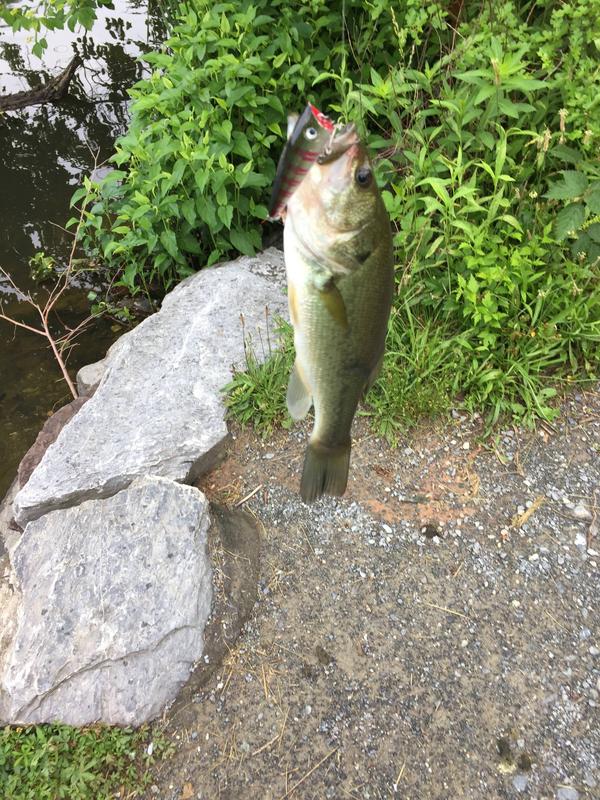 Then I started back west of the boathouse toward the dam. I've never done well on this stretch, but it has always looked good. Lots of isolated wood with some decent bank drop off to about 4 feet. Worked the Rico methodically near a large fallen branch, and got rewarded with one almost 2LB I'd guess. I feel bad about his bloody tail, he was actually only hooked with one barb on the trailing treble hook, and I hoisted him up the bank and the treble hook snapped, the bass took a spill onto the pavement and split his tail. Hopefully he'll be OK. 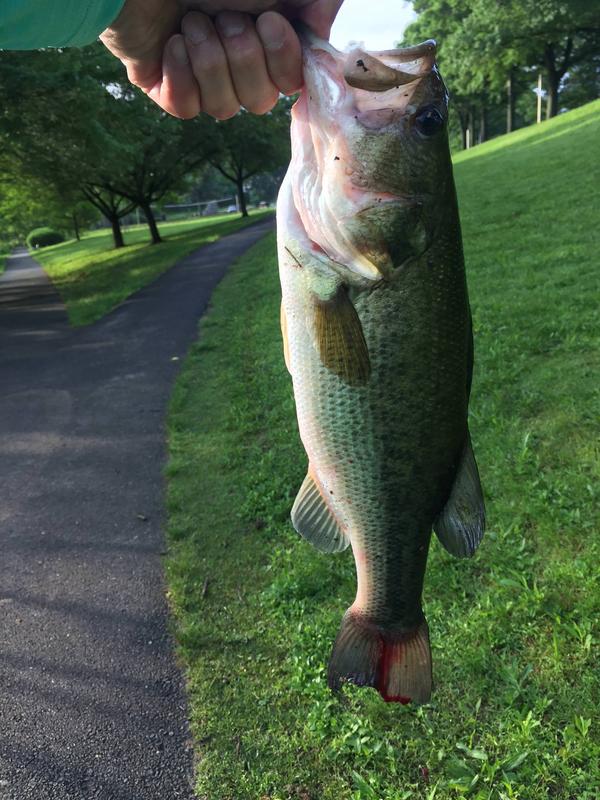 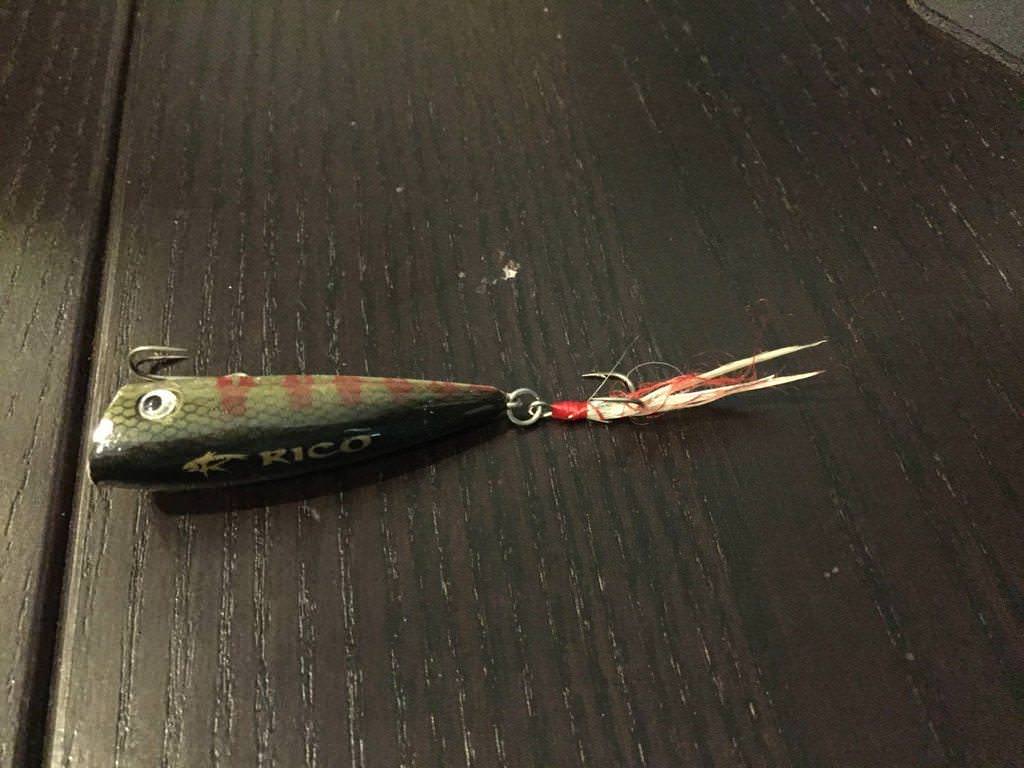 Got a couple more dinks, barely bigger than the Rico and decided that it was time to upsize the lure. I was competing with a TON of carp splashing all about and making a ruckus all around the banks, so I needed something with more rattle/pops and threw on a Yellow Magic 3.5" Gold Shad popper. That did the trick and I landed a nice one, I'd guess about 2.5lbs, and long. Cast it far out away from the bank, and made very loud pops then about 20 feet from the bank when I got into the strike zone, started to go more subtle and longer pauses. It smacked the YM popper about 6 feet from me and pulled drag. 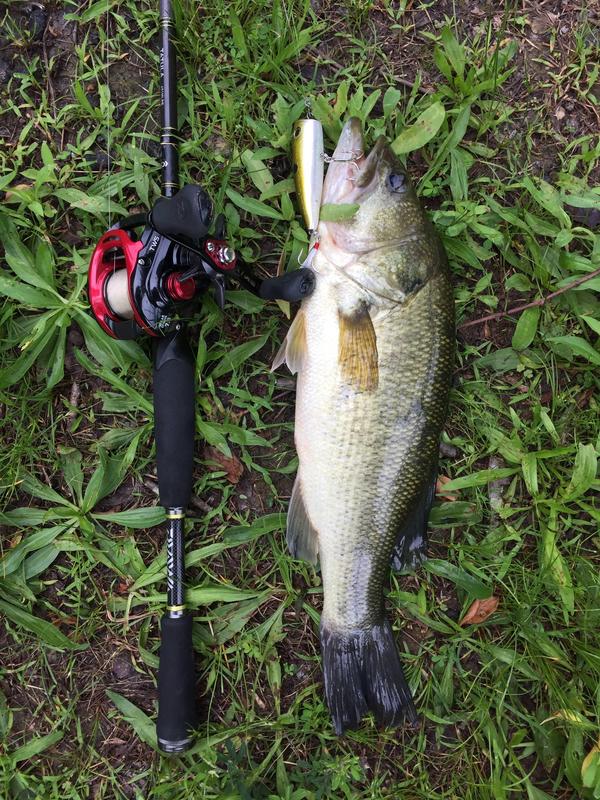 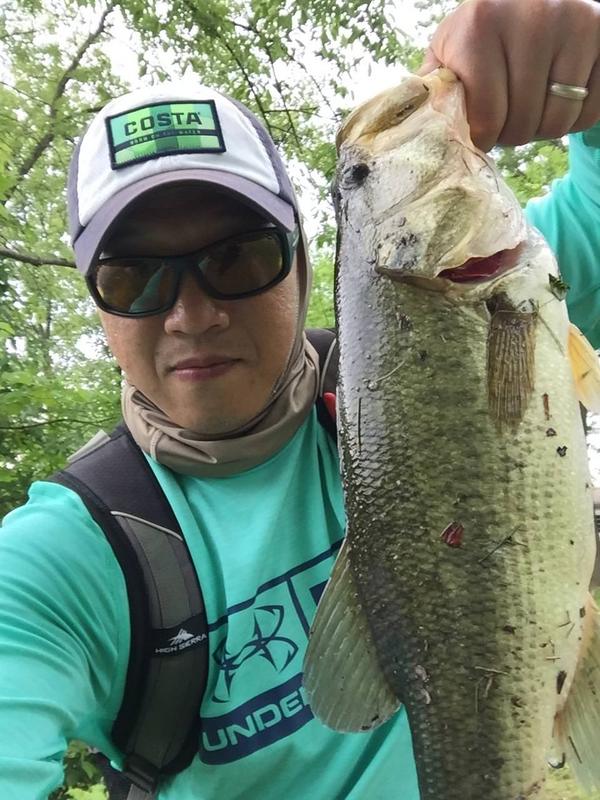 I'm so glad to get on the topwater bite again, it's been almost a year since I had a good day on them.

That's some good action....may need to do some of that after my walk and before the monsoons.

That's some good action....may need to do some of that after my walk and before the monsoons.

Yep that was also part of the plan, they called for T-storms by 10AM, but they haven't come yet...get out while you can!

Yep all your fault, you turned me on to them.

What replacement trebles do you use?

KVD short shanks are good.  Bigger in the front.  Shop around for the dressed trebles.  You can even go single hook in the back if you want.

Get rid of the trebles and go single!

After you and Mo posted up your top water successes, I went out with the 8wt with top water bugs. A coupe of BGs sniffed at em but that was it!

I like the red ones cause the paint wears off and they are shinny.

Red in the front is good.  Something to target.

What size single hooks should I get for the #4 trebles and #6 trebles, respectively?

Nevermind: The Owner's on Tacklewarehouse have a good chart.