Today's forecast called for chilly temps, 1-2 footers and some wind early-- they got that right.

Mike, Greg, Andrew and I met Capt. Dale at 9a at Buzz's Marina. 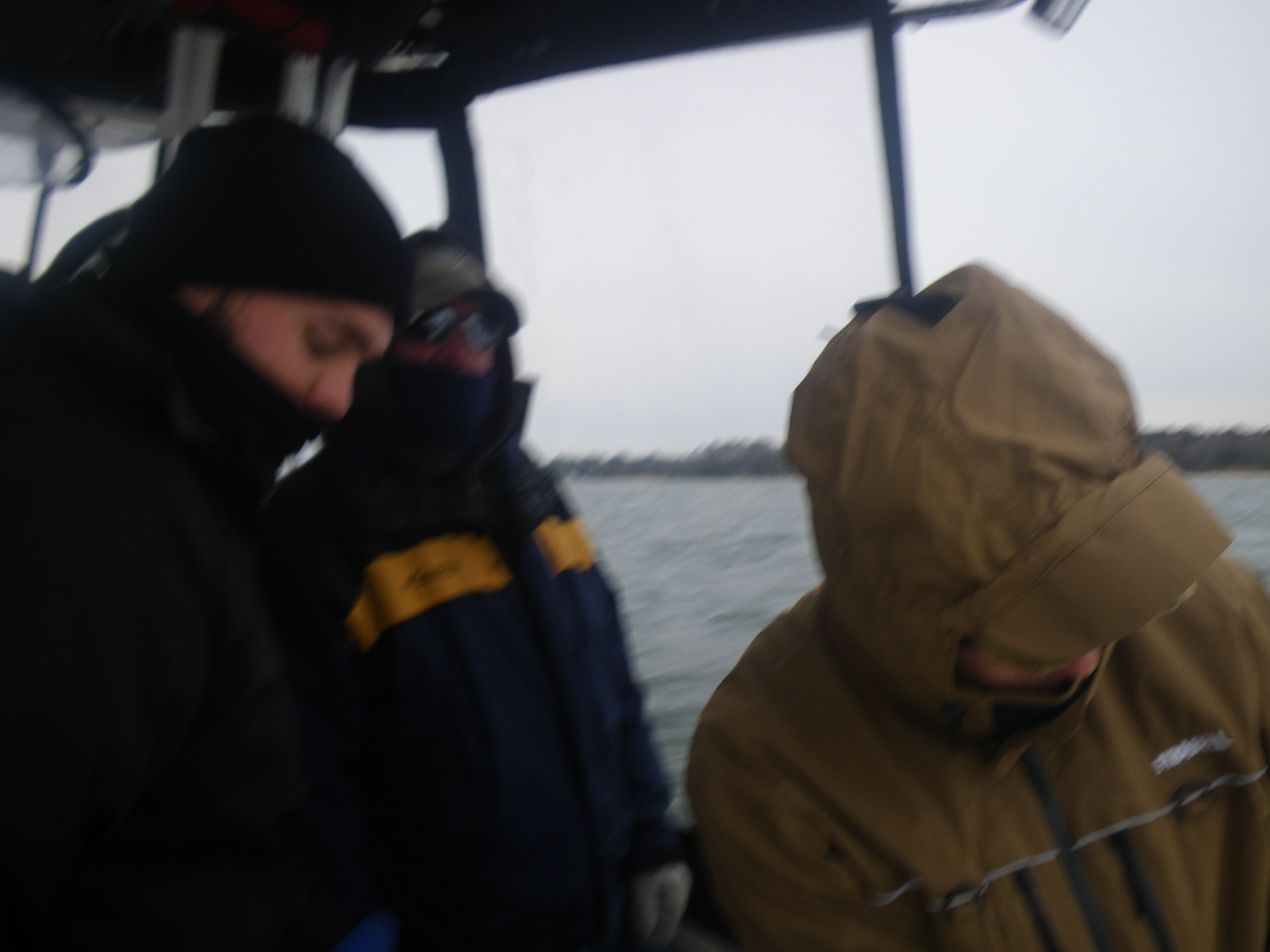 The goal was to find some fish through the day and then be there for the predicted afternoon bite.

It was a bit rough on the bay so we slipped into the river for some protection but we were not able to get any fish to bite.

Through the morning, we had noticed a bit of sheen behind us but we figured it was some residual gas or oil. However, when we took our polarized glasses off, that slick was way too much for normal so we started investigating. Fishing was on the back burner. After an hour or so of calls and checking things out, we decided to get to the nearest ramp facility and were met there by Capt. Brady Bounds. After some car and truck shuttling, Capt. Dale found the culprit. A cracked oil filter. He made the run to a store and with Brady's help, we were fixed.

I want to make sure that every reader of this story sees the great effort from Capt. Brady. He was at the ready and helped us out. Many thanks for that! If you fish with him in the future, tell him that you know about his helping hand today.

After several hours of being dry docked, we got back on the water for a final 90 minute hurrah!

On the way to the desired spot, we found birds and we quickly got a boat limit and then some. It was fast, furious and exciting. Especially after being stranded at the ramp for 3+ hours! 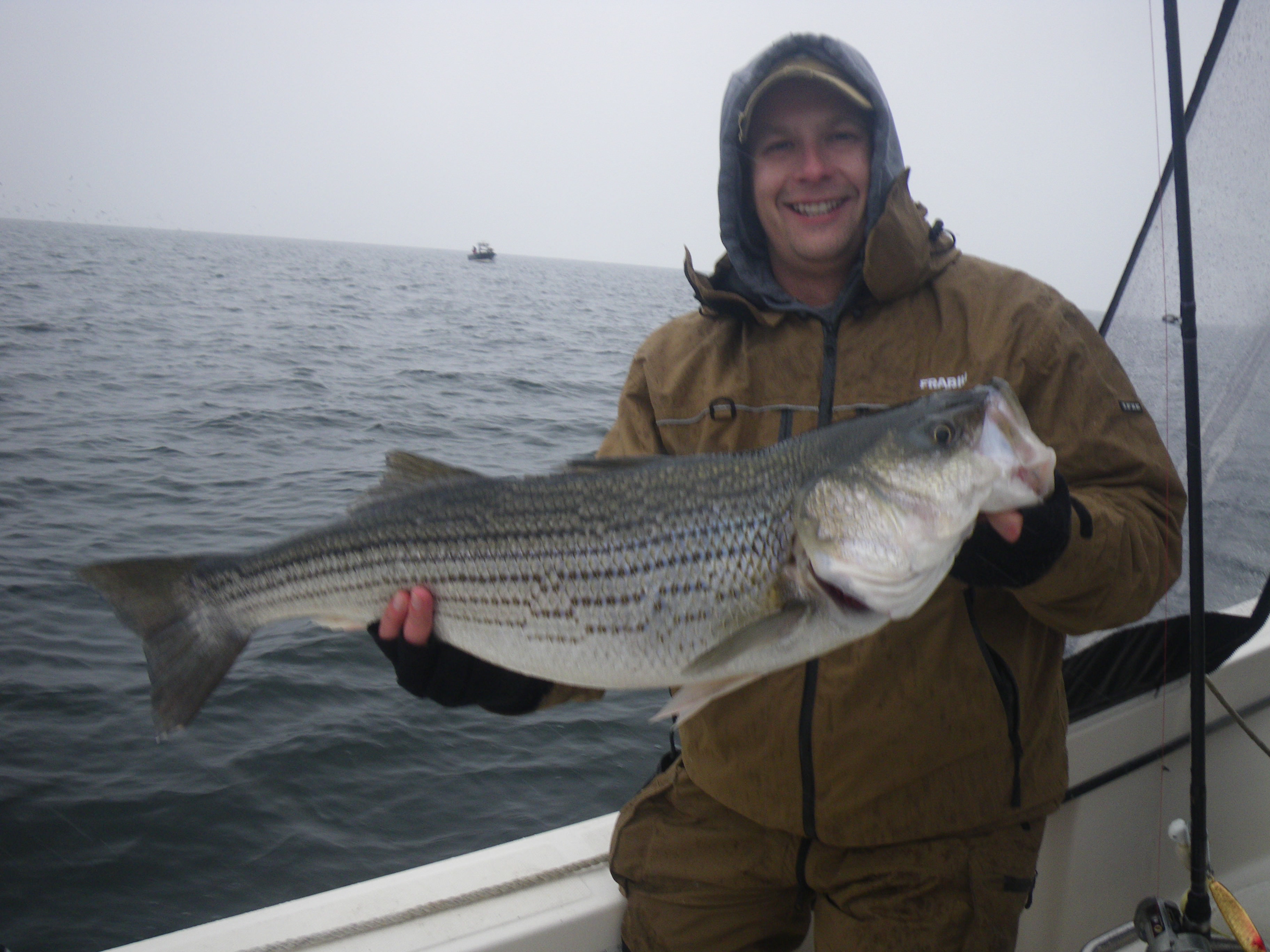 And all of us caught fish in the mid to upper 20's! 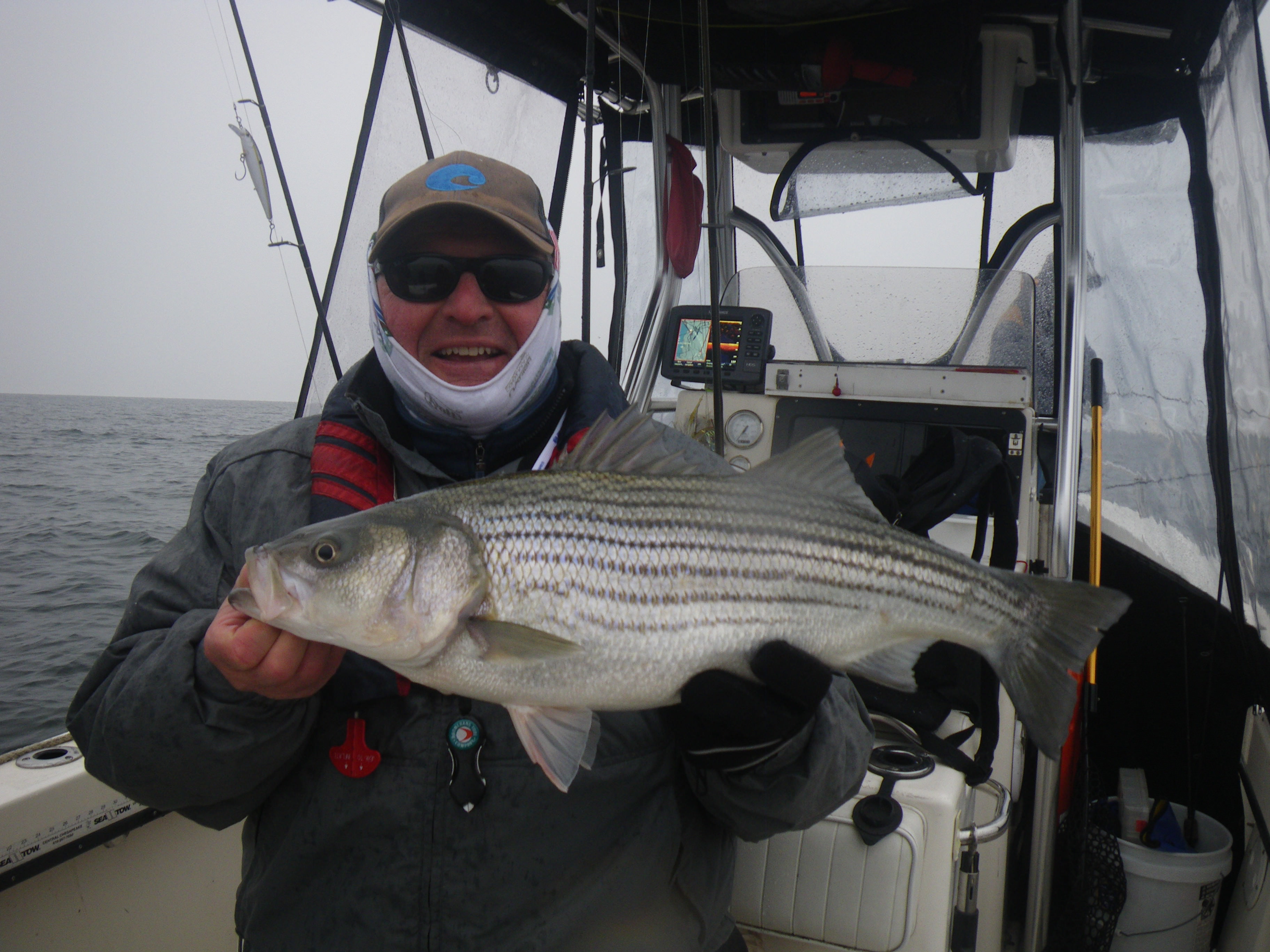 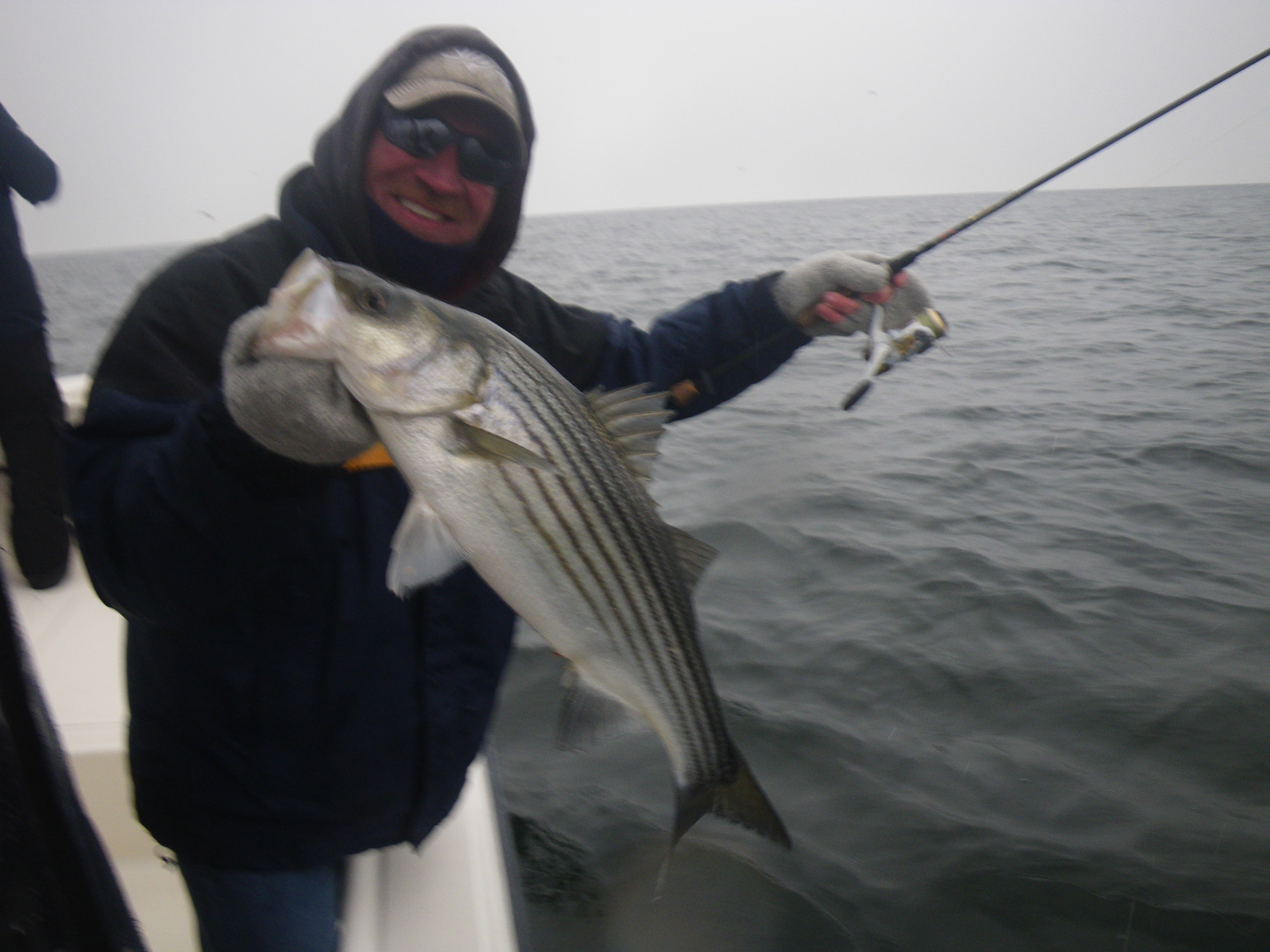 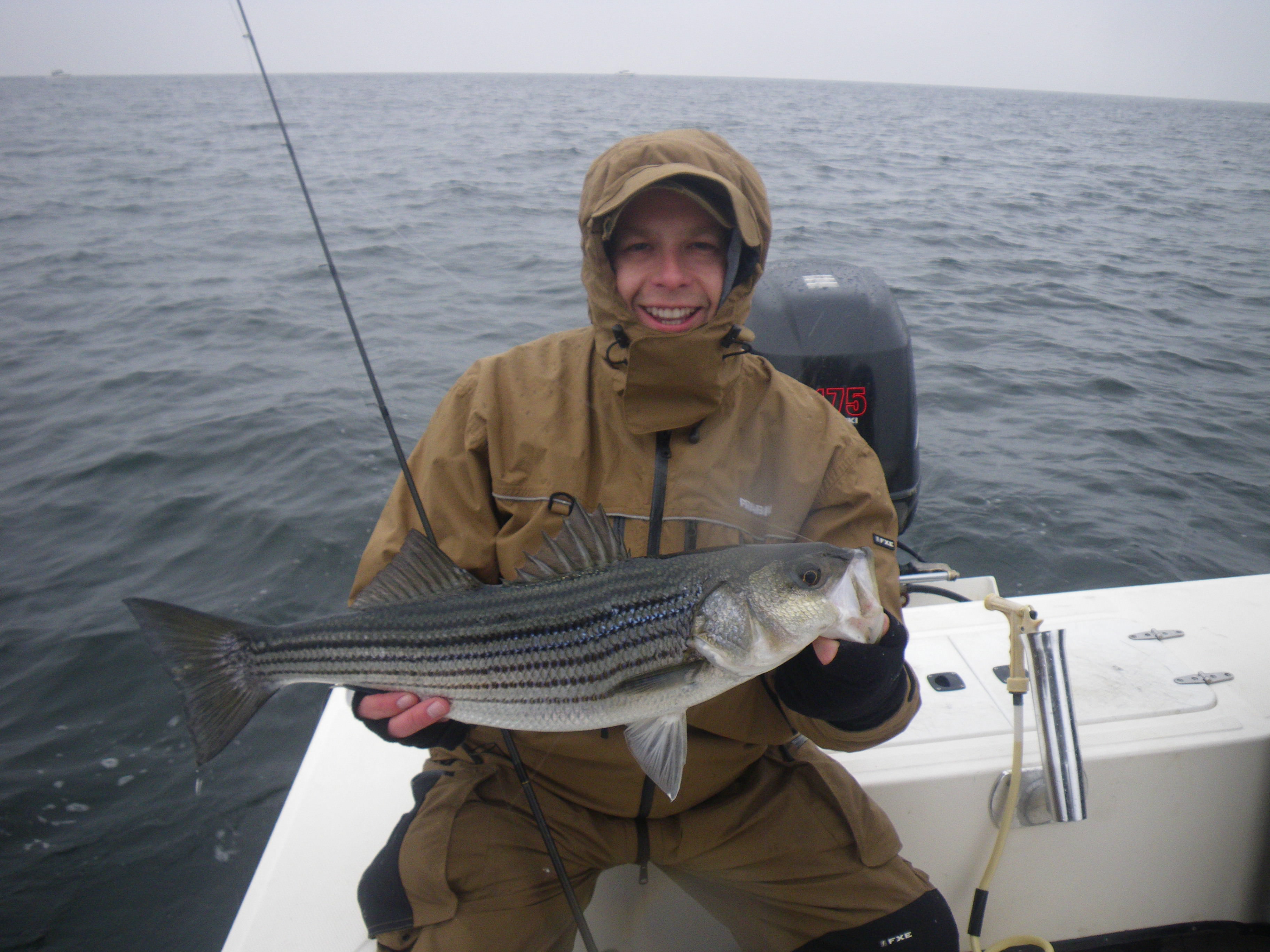 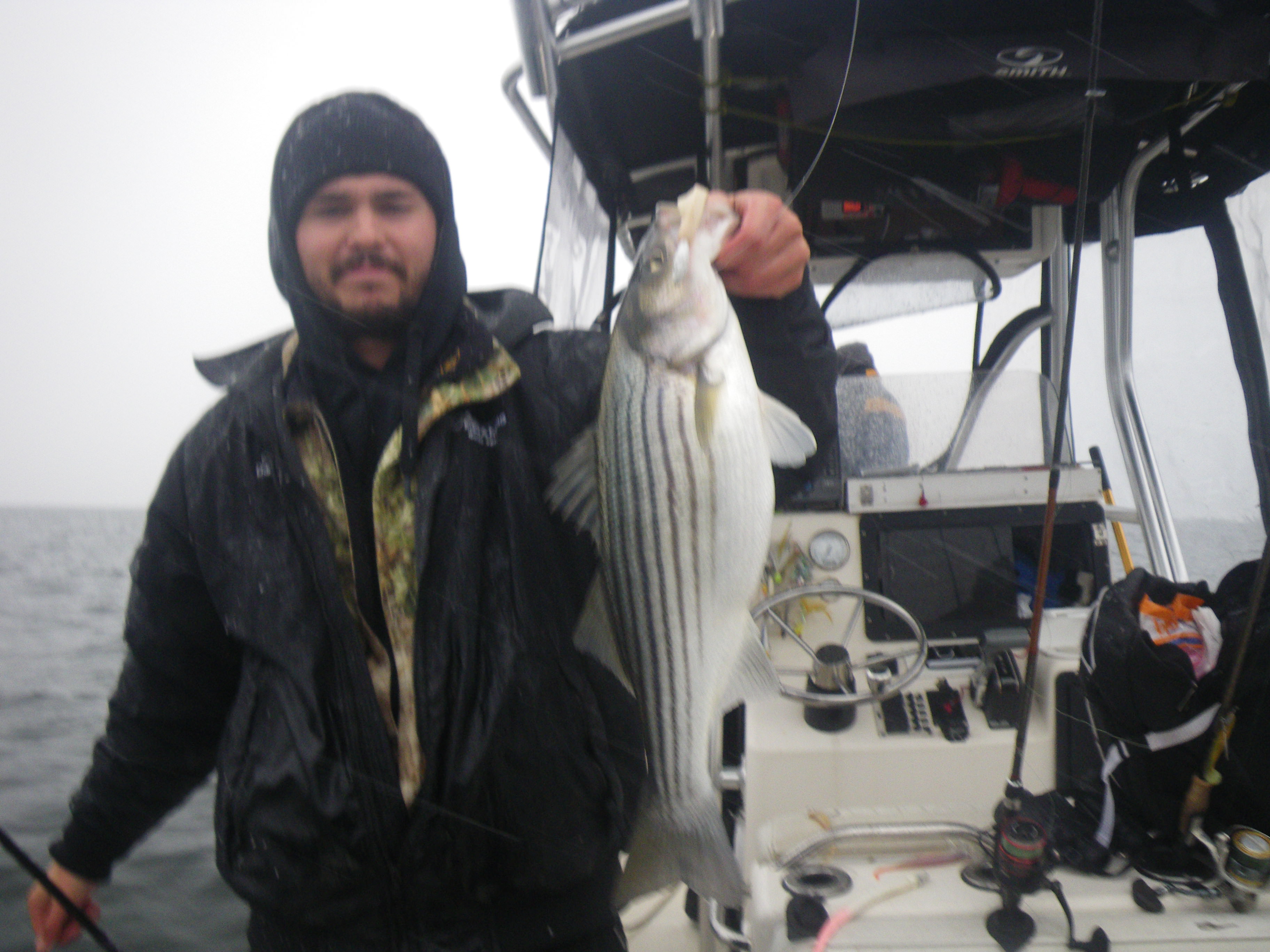 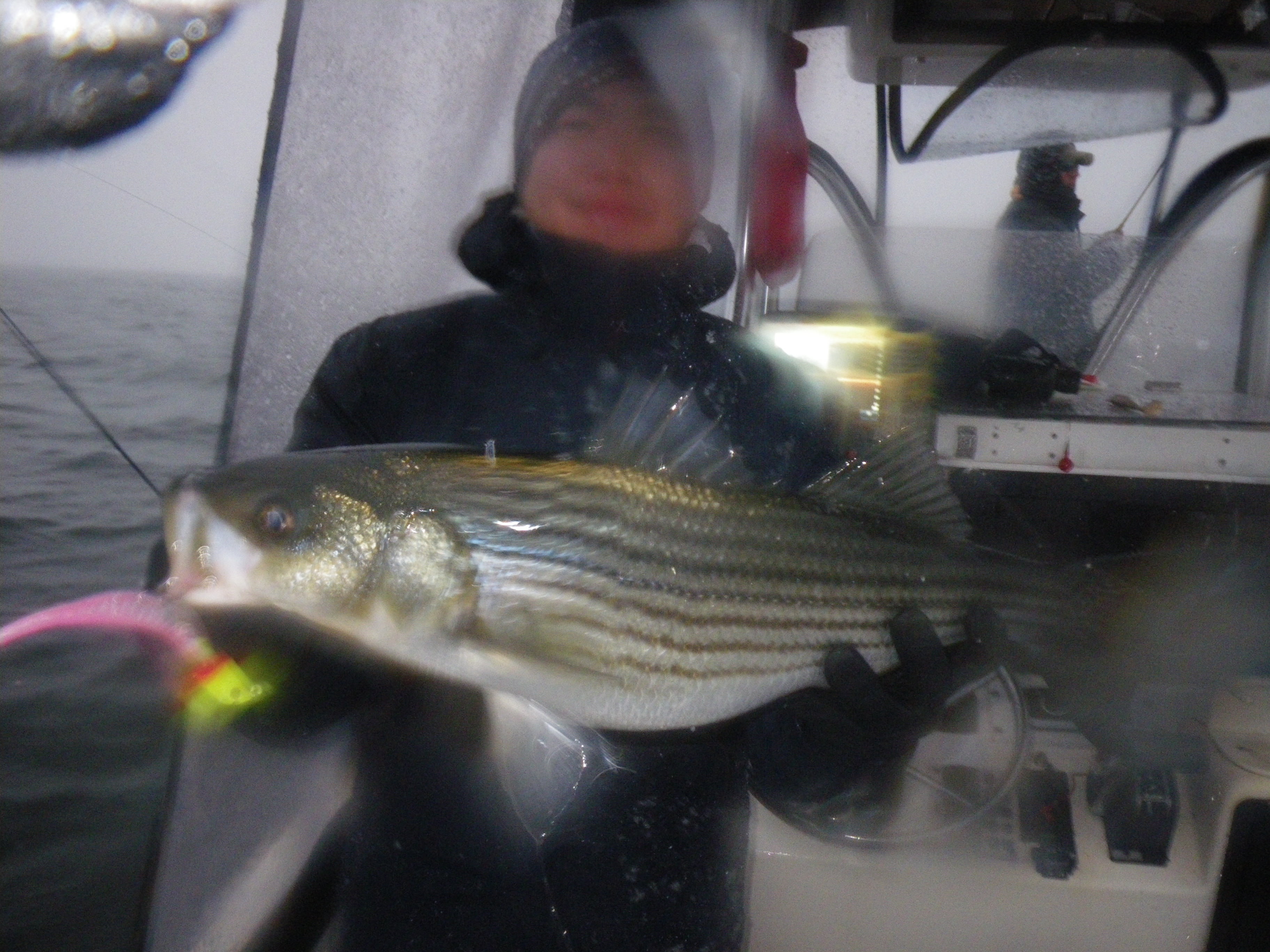 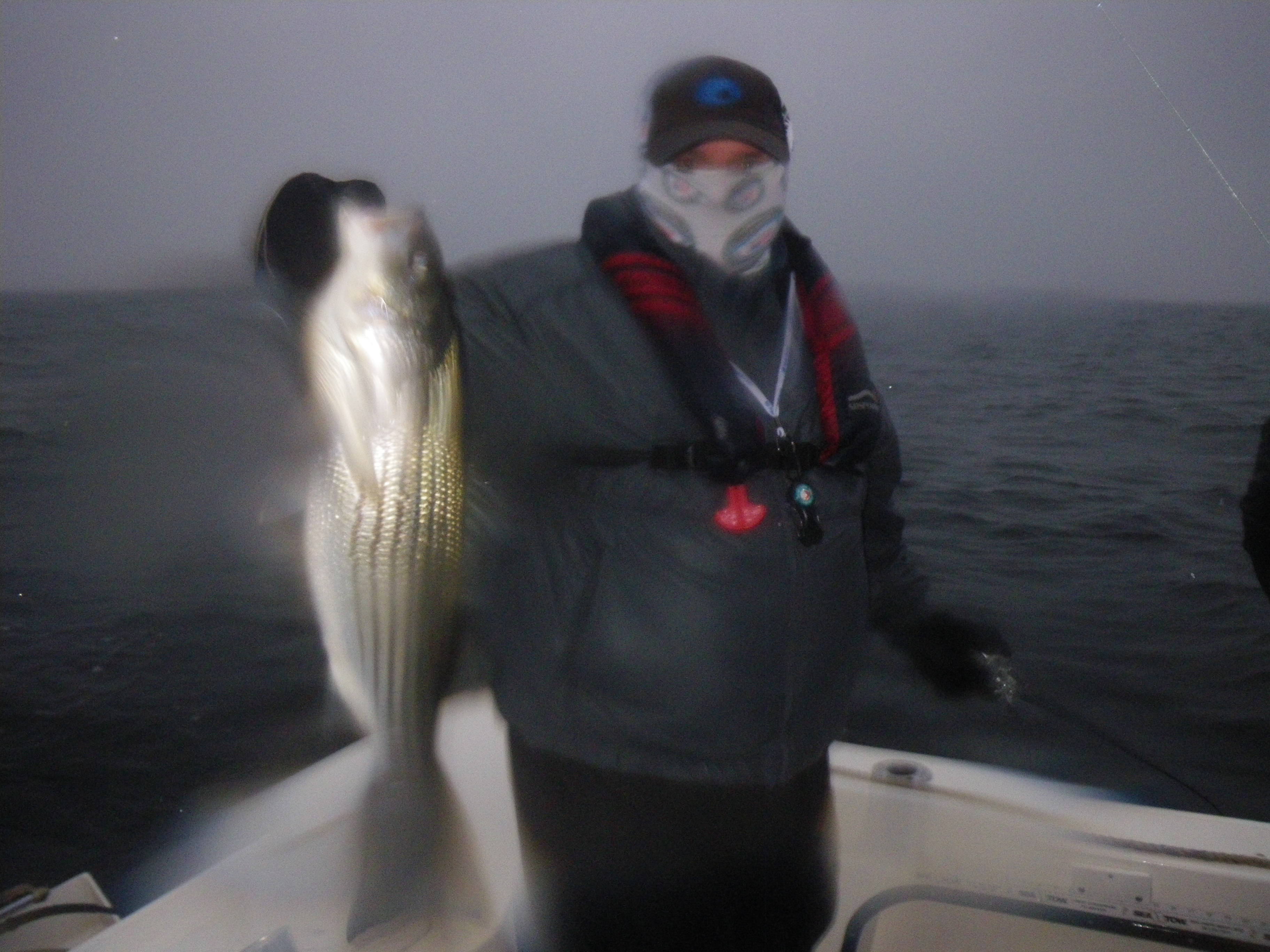 Kudos to Capt. Dale for his determination.

While the ride back was not that hairy, it was getting dark and it was snowing hard. Dale's face was getting pelted with snow/sleet. 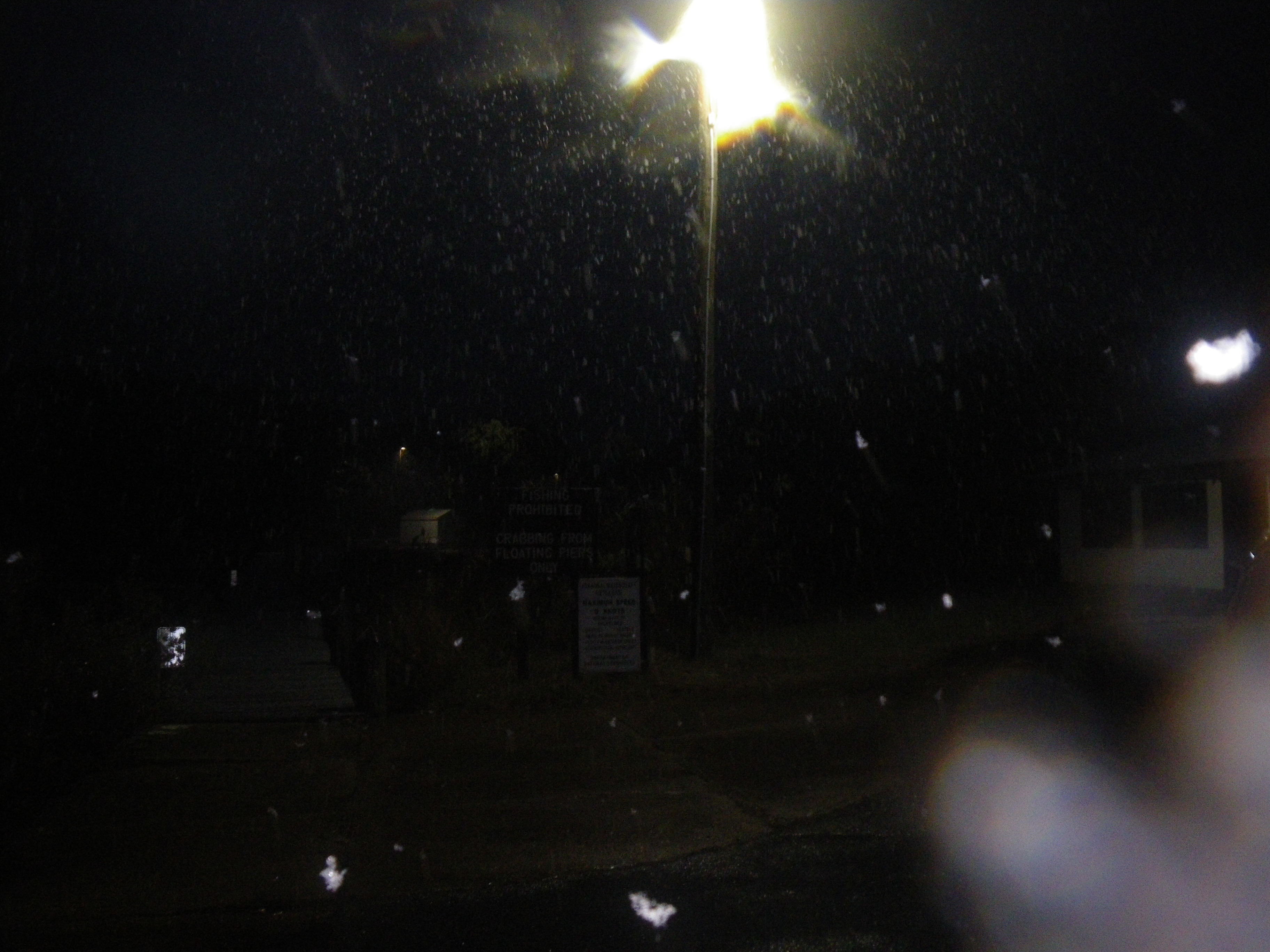 It's always an adventure...we were wet, cold but glad to get on fish after such a rough start....memories made for sure!

We were only imagining what it would have been had we not broken down.....and we left just in time as they are expecting 6" of snow down there.

Wow!  Quite the adventure.  Glad things worked out in the end and you got the help you needed to get back out.  BTW, nice fish!

Always an adventure, glad you caught them in the end. It's way better than not fishing in Tennessee.

Adventures in life make great memories.  Yesterday was cold and wet and COLD, and a great adventure.  So much fun...as usual.  Dale did a great job of working through the problem, figuring out the solution and getting us back out as fast as possible, especially considering he is a young Captain.  Ernie's pictures don't quite capture the extremely limited visibility we had at times.  Not quite white out, but very disorienting.  GPS maps are a very handy tool.

Capt. Dennis has trained Capt. Dale well for sure!

On the  way back to the ramp, I kept thinking that I was  seeing land but we were miles away from it with less than a mile visibility. I asked Dale about it one time and he said, "yep, that's land. We are about 1 a 1/4 mile away."

I was cold even with the full heater going on the way home...of course, ordering a cold frappuccino (I thought I ordered hot) at the WaWa stop didn't help matters much!

Capt Brady called me last night and told me of the adventure. We talked for some time till I got called on the radio. Had to go out on the ice and fix the referees sq-auk box. Called him back and he told of a trip last Saturday where he used his bass fishing past to get his crew on good convict bass. Capt Brady is good man to have in your corner.

Did Capt. Brady tell you that he heard through the grapevine that his old boat and with 2 Captains aboard put a few miles running around the bay in the last week or 2?

Yes he ran past us twice in the herd of boats but did not see us.

Yes he ran past us twice in the herd of boats but did not see us.

I did tell him that you guys had gone out...then he said he was going to call you and give you a hard time. Said you should have stayed for the PM bite. Apparently, that PM bite has been very predictable.  One could go out at 2pm and stay until the sun starts to drop and have a blast fishing in a feeding frenzy.

One of my favorite sayings from RS rings true for this trip:

Great report and results! Those are some quality fish.

What a great report! Thanks for sharing and for the pictures!

Looks like you all had an adventure! Im glad you found some fish in the end and that you made it back in safely!

Great trip! So glad our trip worked out and we didn't wimp out after the repairs! lol

Had a great time with you guys! Looking forward to the next trip!