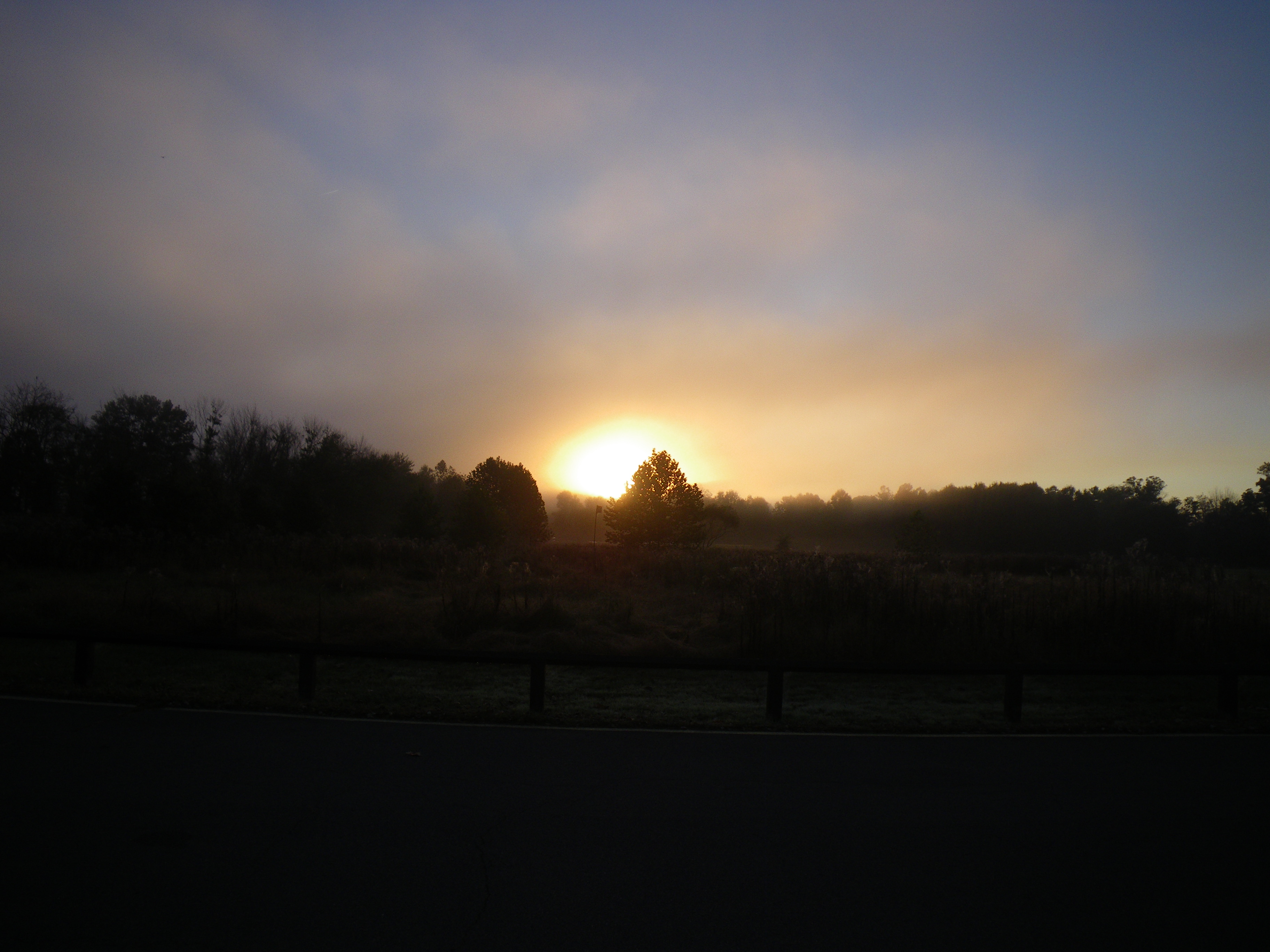 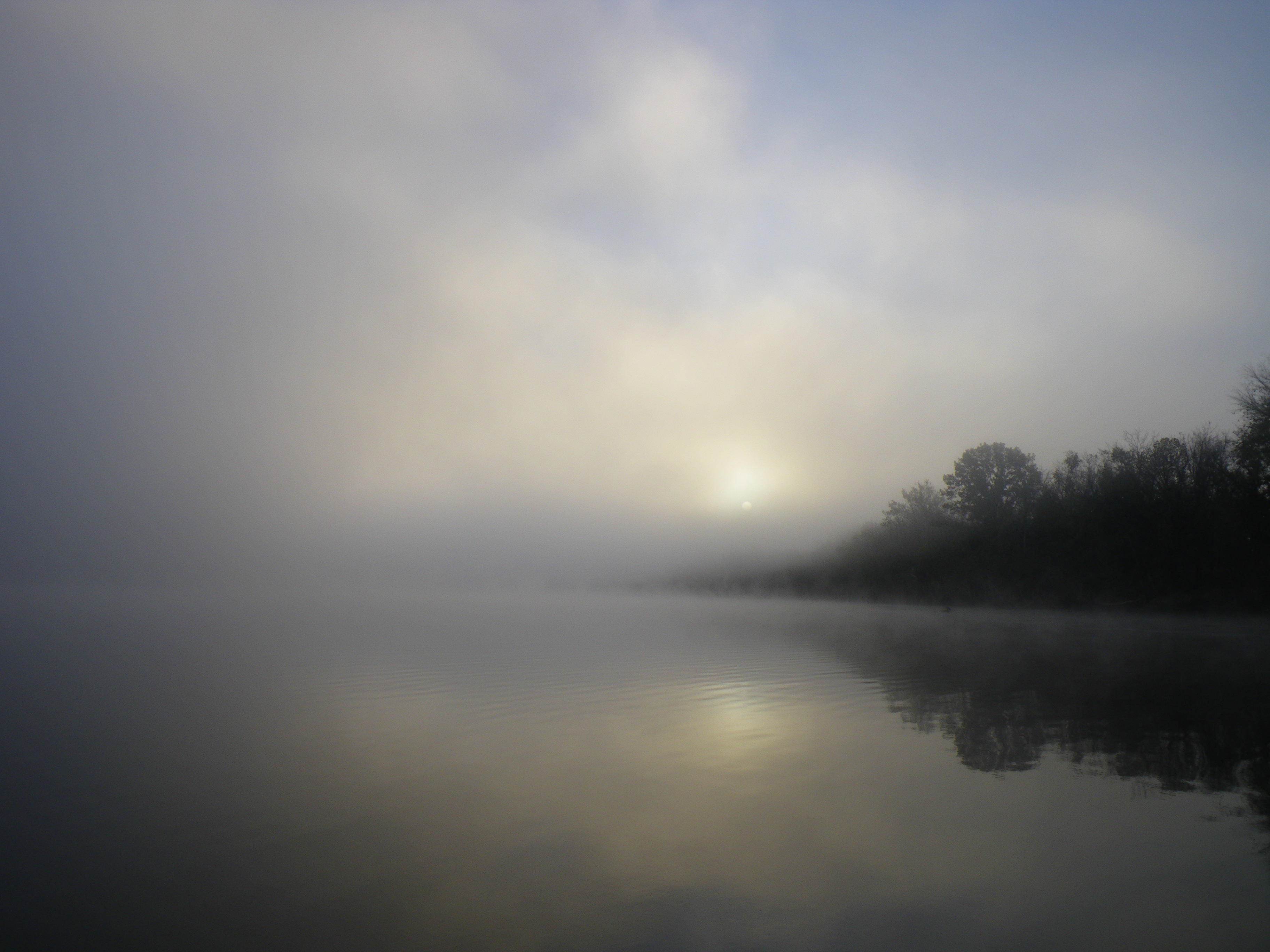 We could not see 15' in front of us so we used the Trac feature on the GPS to get us to the ledge.... 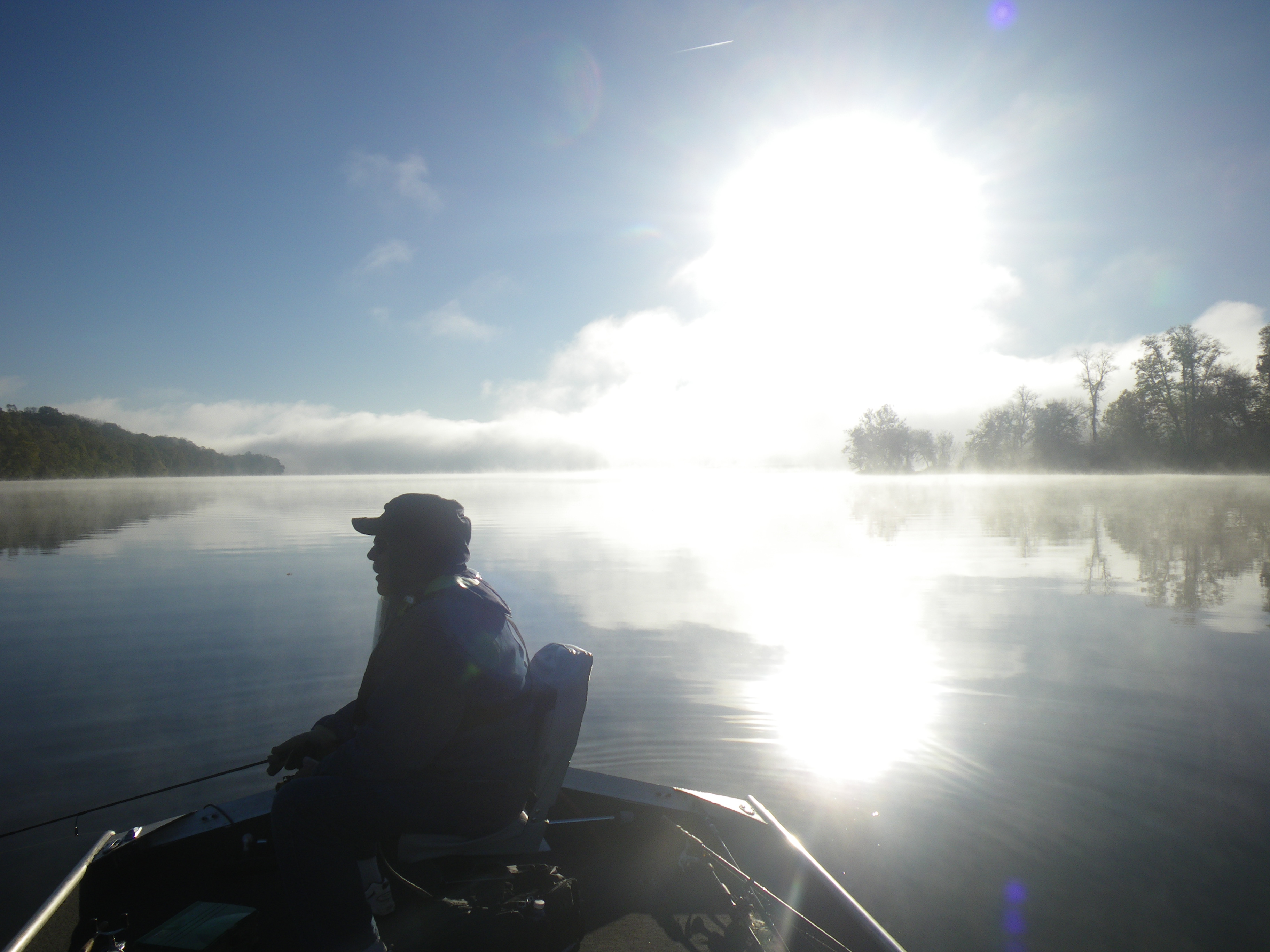 ....where we caught nothing!

After almost 2 hours, we headed up river.

It was slow going at 1st.....then I hooked up on a tube but get got off quickly. Then I hooked a slob with that same beat up tube but when he leapt (it was more than a jump), he spit the hook which sligshoted back at me.

I literally beat the water a time or two in frustration. It was a very nice fish....

Finally, at 11a, I got hit on the jerk bait and the fish started taking drag. We knew it was big.

That was the same 19.25" fish that John caught on Friday! Same markings on the gill.

Then I cooled off as things got slower. Until Bob got two back to backs!

Water is low and clear. Lot of grass but it wasn't a nuisance, just annoying.

Sounds like a great outing! Crazy that the same fish was caught!!!

I can't believe you guys caught the same big fish twice in a week. That's awesome!

Thanks for a great day, Ernie. Man those fish don't want to come to the boat. Great day for us clowns. :-)

Man those fish don't want to come to the boat. Great day for us clowns. :-)

The Clown color X-Rap 8 was doing the job for sure. Those fat fish definitely tug. Yesterday's 'doah fish were skinnier...NO match!

EW's jerkbait's been good to you